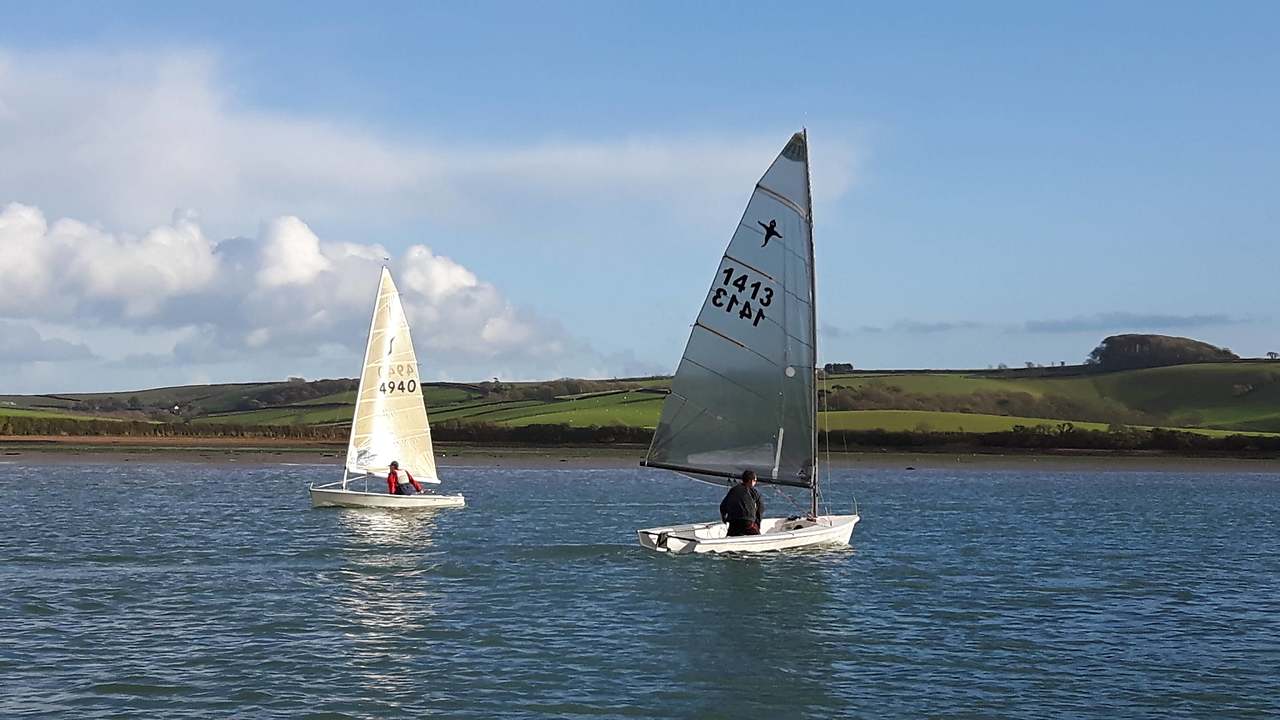 Whilst the temperature took a turn for the worse, twenty six sailors took to the water for the fourth round of the Salcombe Yacht Club Winter Series.

Race Officer Norman Brown sent the two fleets away from the line toward the Bag against an ebbing tide, in the forecast 15 to 25 mph North Westerly.  This makes for exciting planing legs in the upper harbour, and for frustratingly light and shifty conditions in the harbour, which is in the lee of the hill that is Salcombe.

The eleven strong Solo fleet was first away, with the leading pack of Ed Stephens, Simon Dobson, Bruce Hattersley and David Greening emerging from the Portlemouth shore ahead of those who started on the Salcombe shore.  The fleet was briefly entertained by RCS Cranford-Smith putting in an early entry for the Capsize Belt, culminating with a visit to the Venus Café … which is closed at this time of the year.

The order was maintained following a couple of circuits of Widegates, with Ed pulling out a healthy lead; however this was not sufficient to survive the lottery that is the run, beat, run, beat that is the 400 or so yards to the Millbay mark in the “no wind” zone, which eventually saw Simon Dobson close in and then pass Ed Stephens.

Fortunately the Race Officer chose to shorten the race as the wind began to close off completely, seeing Chris Spencer Chapman emerge from behind to secure third place.

Ten minutes after the Solo start, the Salcombe shore became the preferred route toward the Bag for the Handicap Fleet, which allowed the diminutive Firefly of Peter Cook and Janet Exelby to mix it with the faster Phantoms of Paul Ellis and Ian Stewart when they entered the Bag, and the pair were still ahead of the RS400, Merlin Rocket and Salcombe Yawl at the Saltstone, which would make most students of the handicapping system to consider them to be lined up for a certain win; however this did not take into account that when the much faster Phantoms arrived back in the harbour, they had a relatively straightforward passage to Mill Bay and back to the line, whilst the Firefly was left stranded a quarter of an hour behind in the dying breeze.

Hopefully winds out of the South West will return next Saturday! 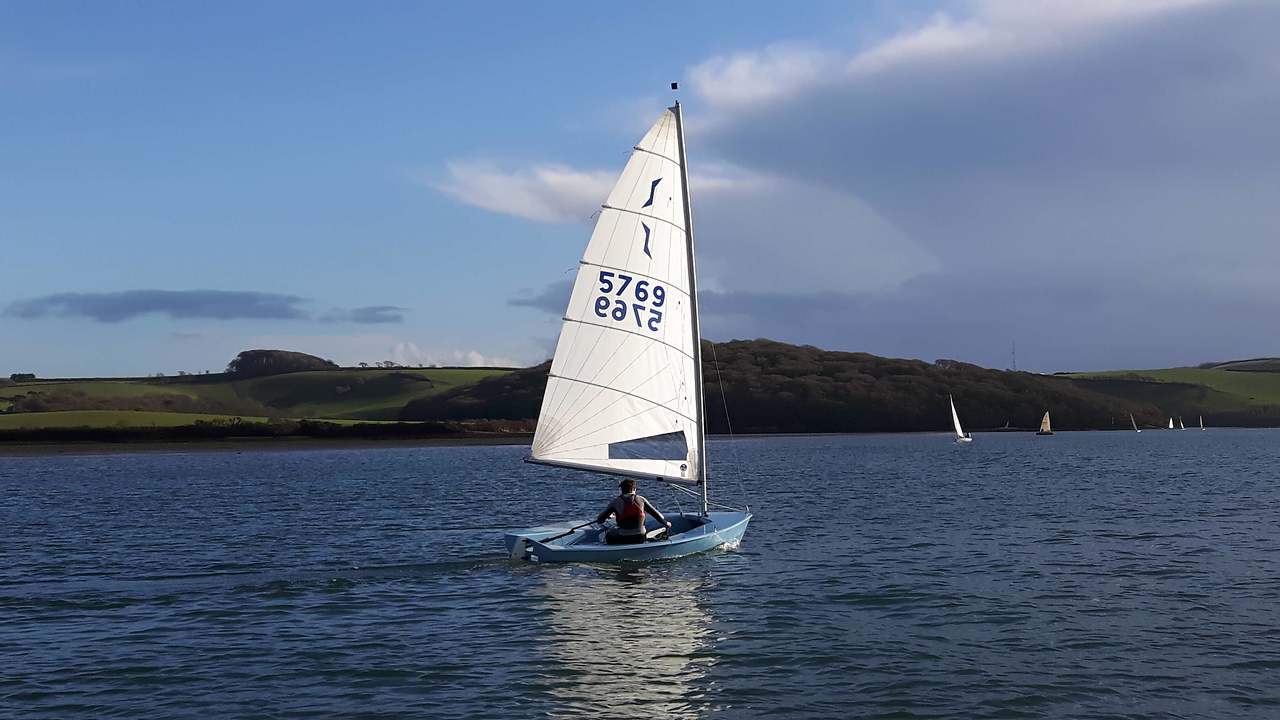 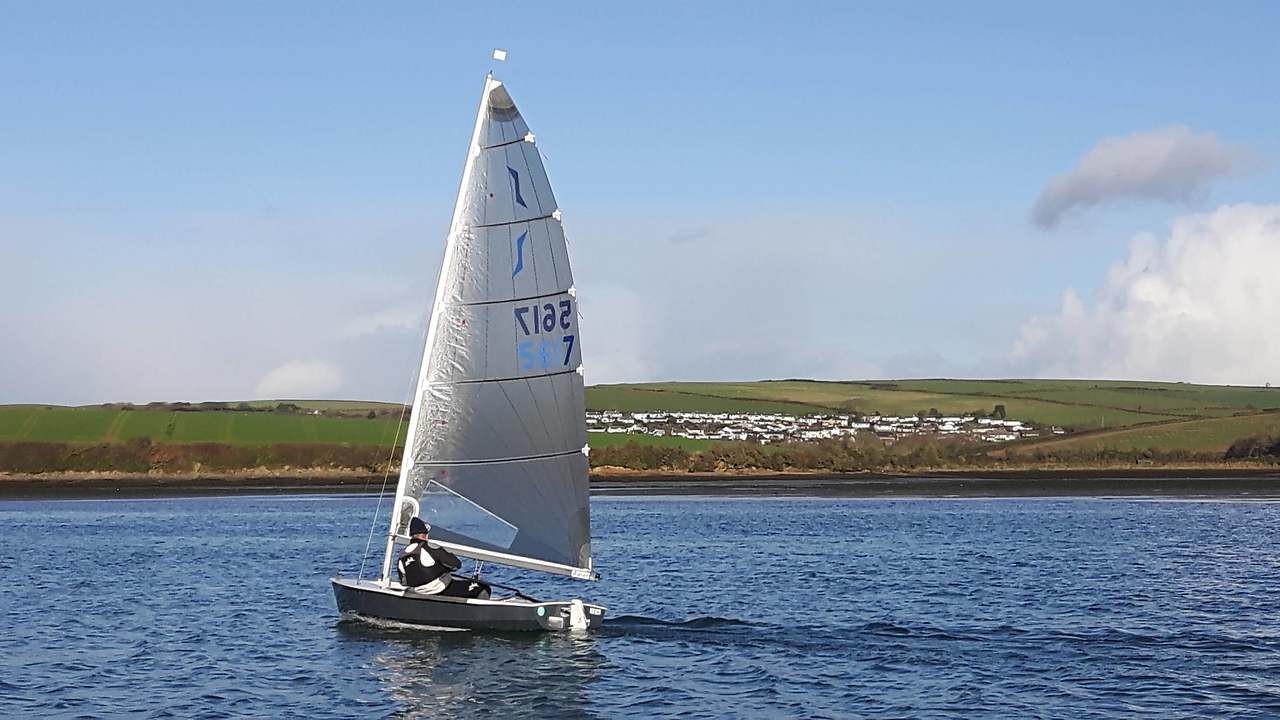 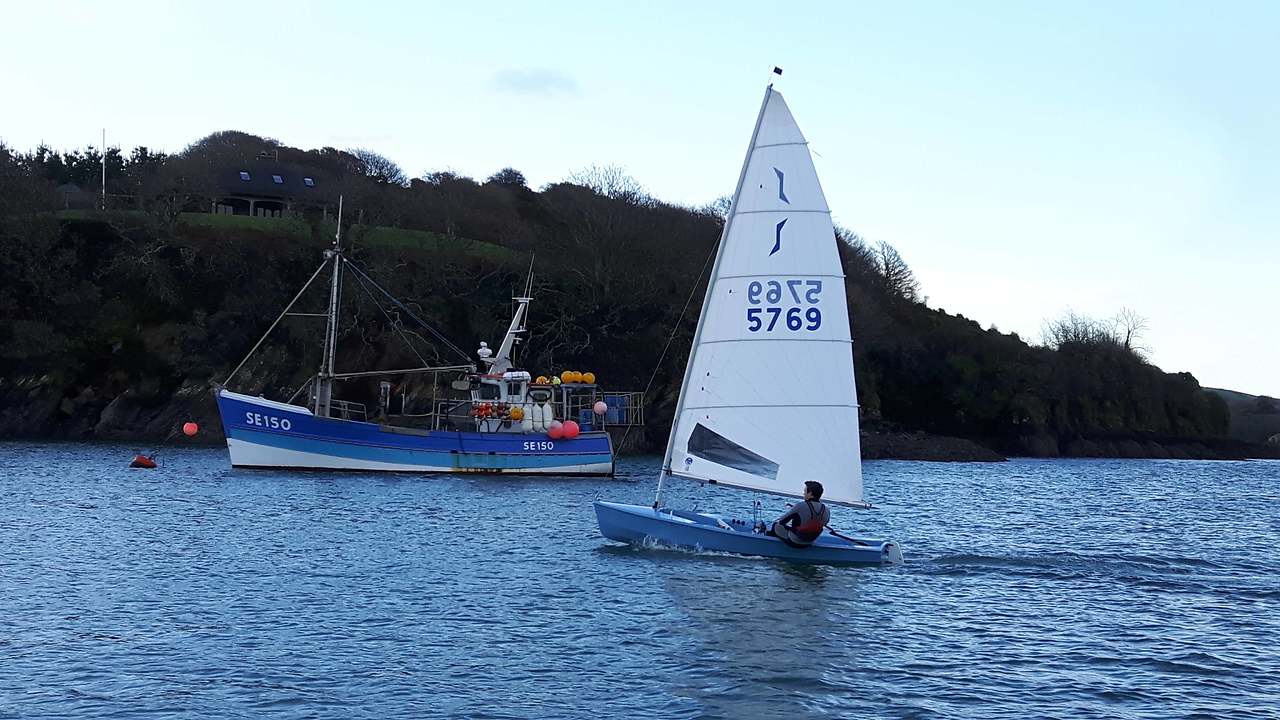