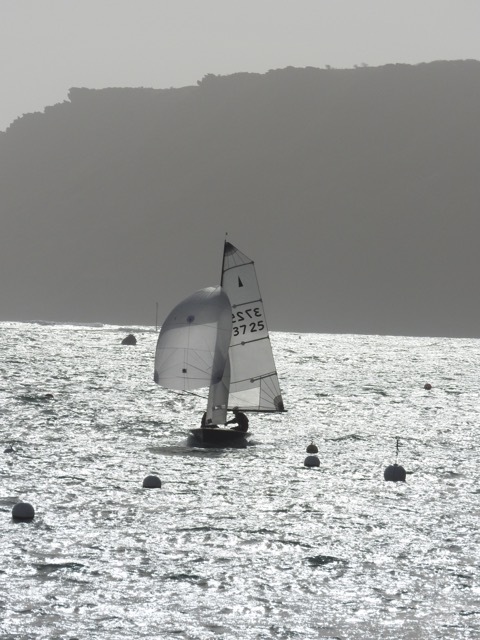 Following a Commissioning Supper and an inspiring talk by Champion dinghy sailor Tim Law on Friday night, Saturday saw the traditional opener for the dinghy racing season at Salcombe Yacht Club, with the Commissioning Race.

Thirteen boats came to the line in a brisk, 20 to 30 knot South to South Westerly breeze, held on a neap ebb tide.

Race Officer Chris Cleaves made a late change to the course, setting a first beat to Blackstone then a blast to Gerston before the fleet would return for a couple of laps of the harbour.  The rounding of the Blackstone mark was to starboard to spare the sailors an uncomfortable gybe should their technique have become rusty over the Winter.

When the fleet lined up, David Greening sailing a new Winder Solo blasted down to the Portlemouth end to flick onto port and cross ahead of the fleet, a position that he maintained until the faster Merlin Rocket of AJ and Tris Squire powered through.

The fleet spilt sides on the run, with the main proponents, including the Merlin Rocket, the Aero 7 of Tim Fells and the Solos of Greening, Cranford-Smith and Hodges working the Town side, while the Aero 9 of Dan Bridger and the Solo of Bruce Hattersley fed in from the Portlemouth side.

The Merlin and the two Aeros eventually pulled away on the planing reaches to Gerston, with the trio of Solos in pursuit, Robin Hodges rounding ahead of Greening and Cranford-Smith, however Hodges was to fill his boat with water on the reach back, which he blamed on recent parenthood and a lack of sleep, and was to drop back into the pack.

The return to the harbour was to remind the competitors of Tim Law’s deliberations on core fitness, but it was too late to instigate a Crossfit programme at such short notice, so there was no option but to hang on into the rising wind and sea state and ignore the pain.

Fortunately, the Race Officer, a lover of the leek wanted to see the demise of England to the French at Rugby, so the race was shortened after one lap of the Harbour, with the Merlin Rocket taking line honours from the Aero 9 of Dan Bridger.

Later finishers were to notice the capsized Aero 7 of Tim Fells receiving the personal attention of a Rescue boat.  It was assumed that the victor of Merlin Rocket Week had capsized after the finish while showboating in front of the gallery that is Cliff House Gardens, but this was not the case; having been knocked down before the finish, Tim later explained that he was missing super crew Fran Gifford, who would have been able to pull him back into the boat; SO an early nomination for the SYC Capsize Belt. 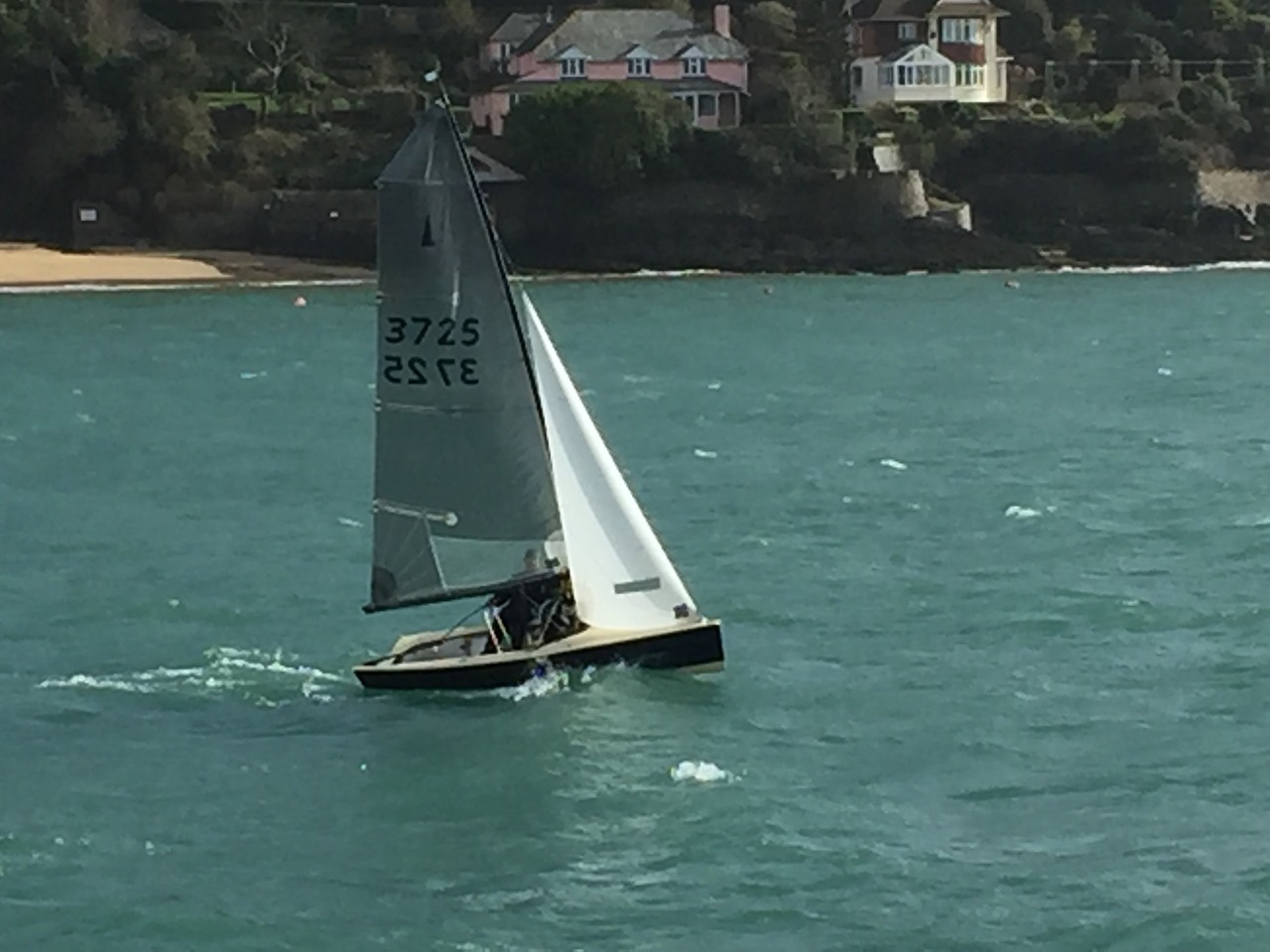 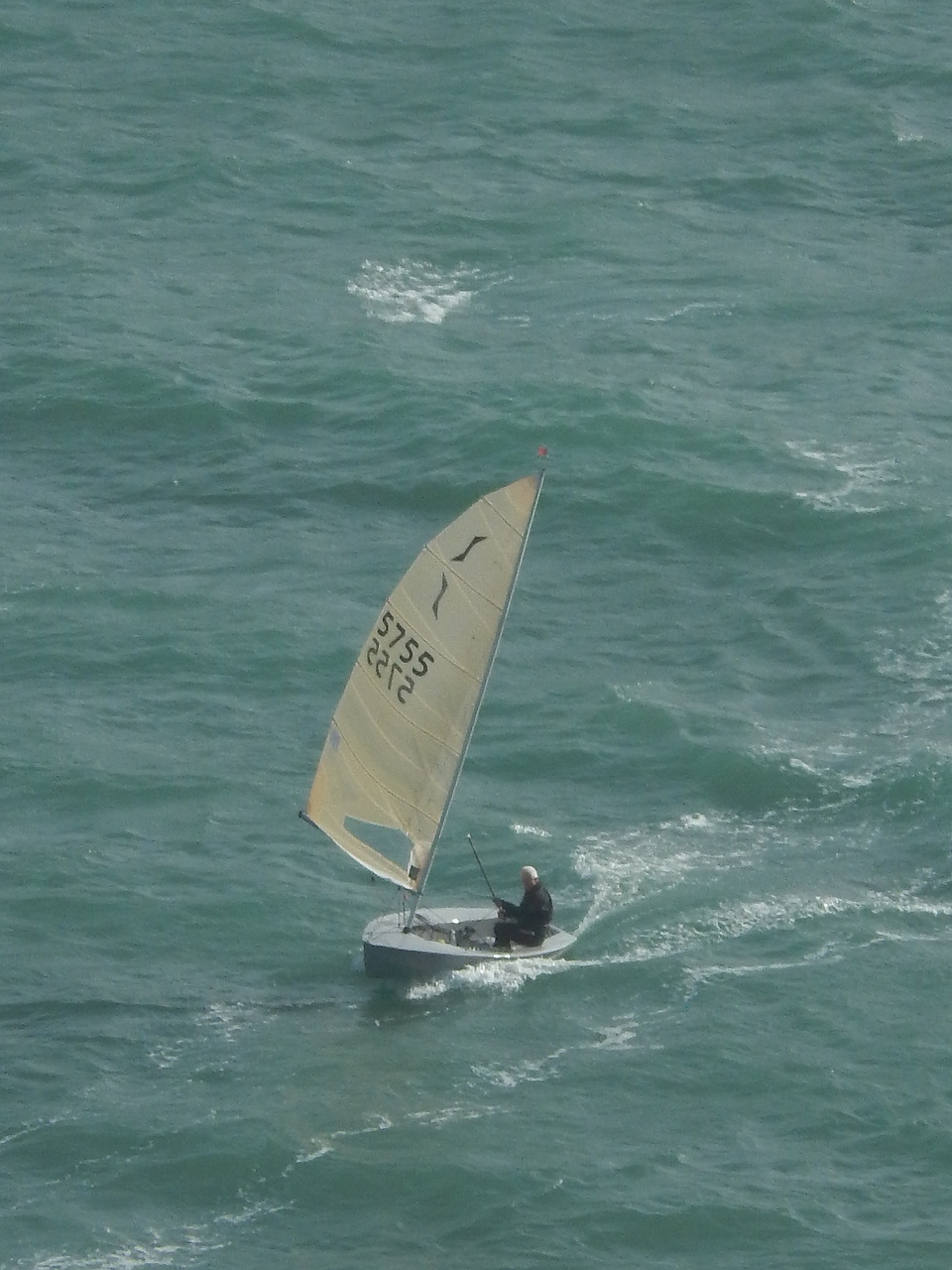 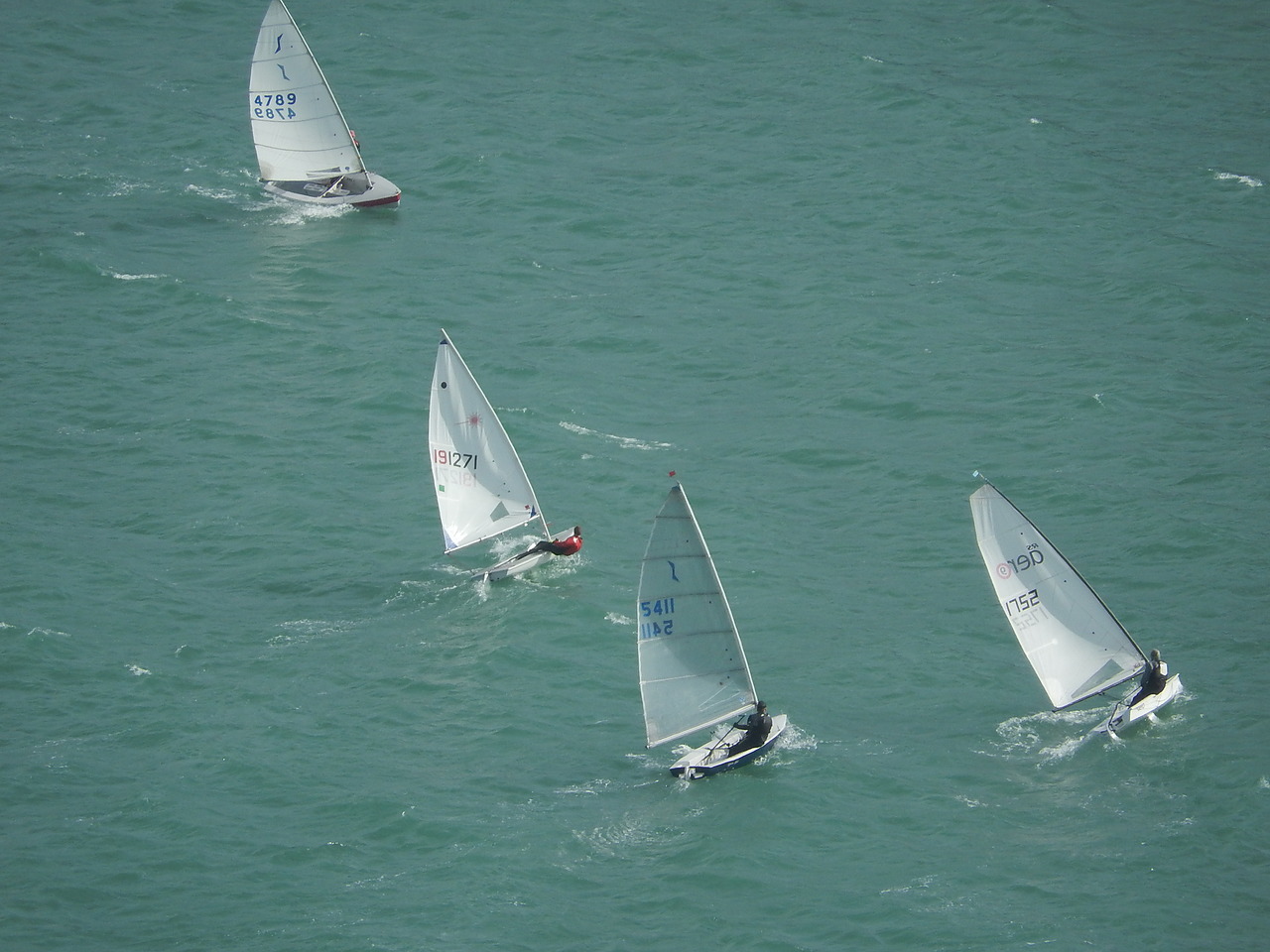 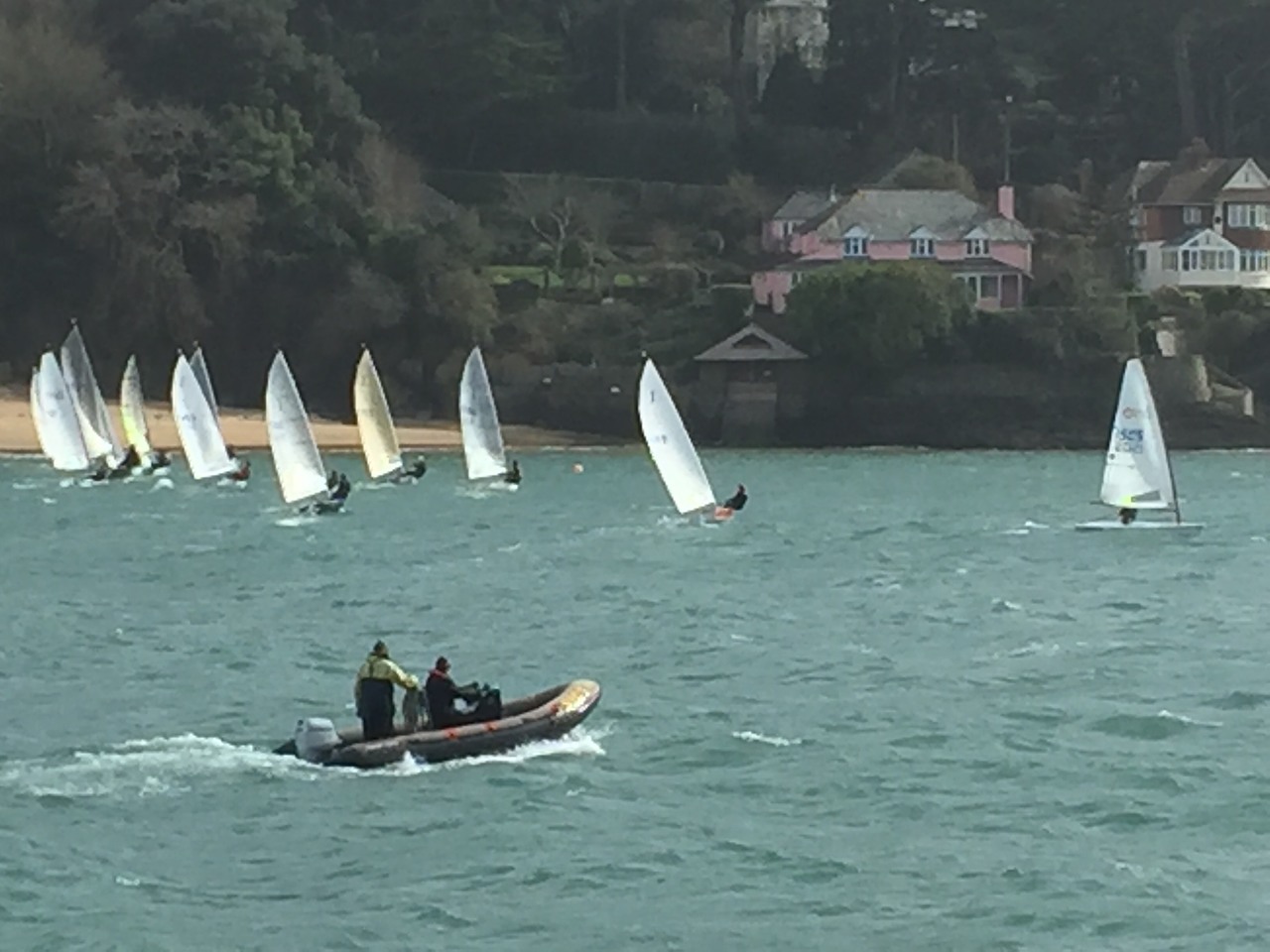 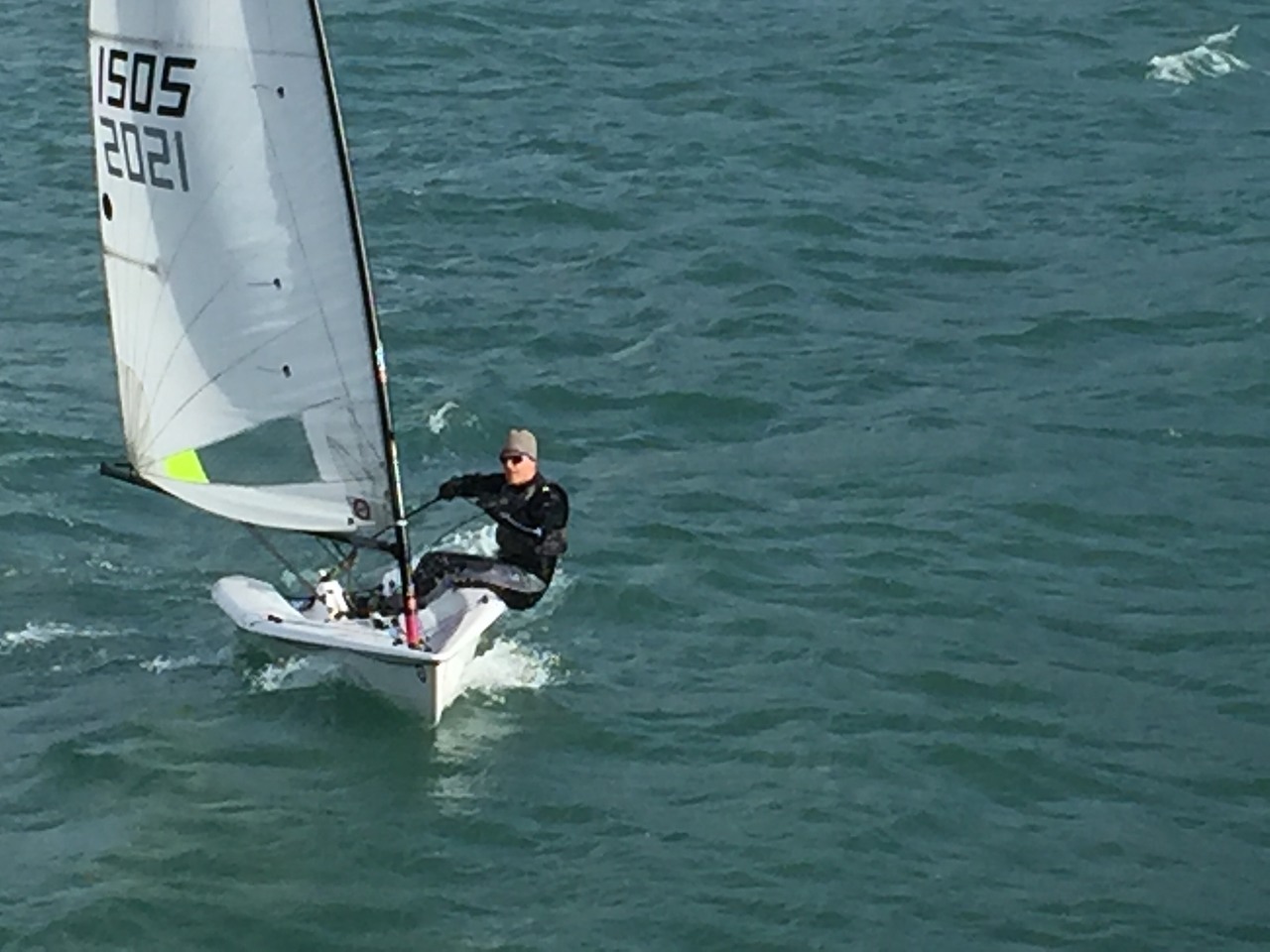 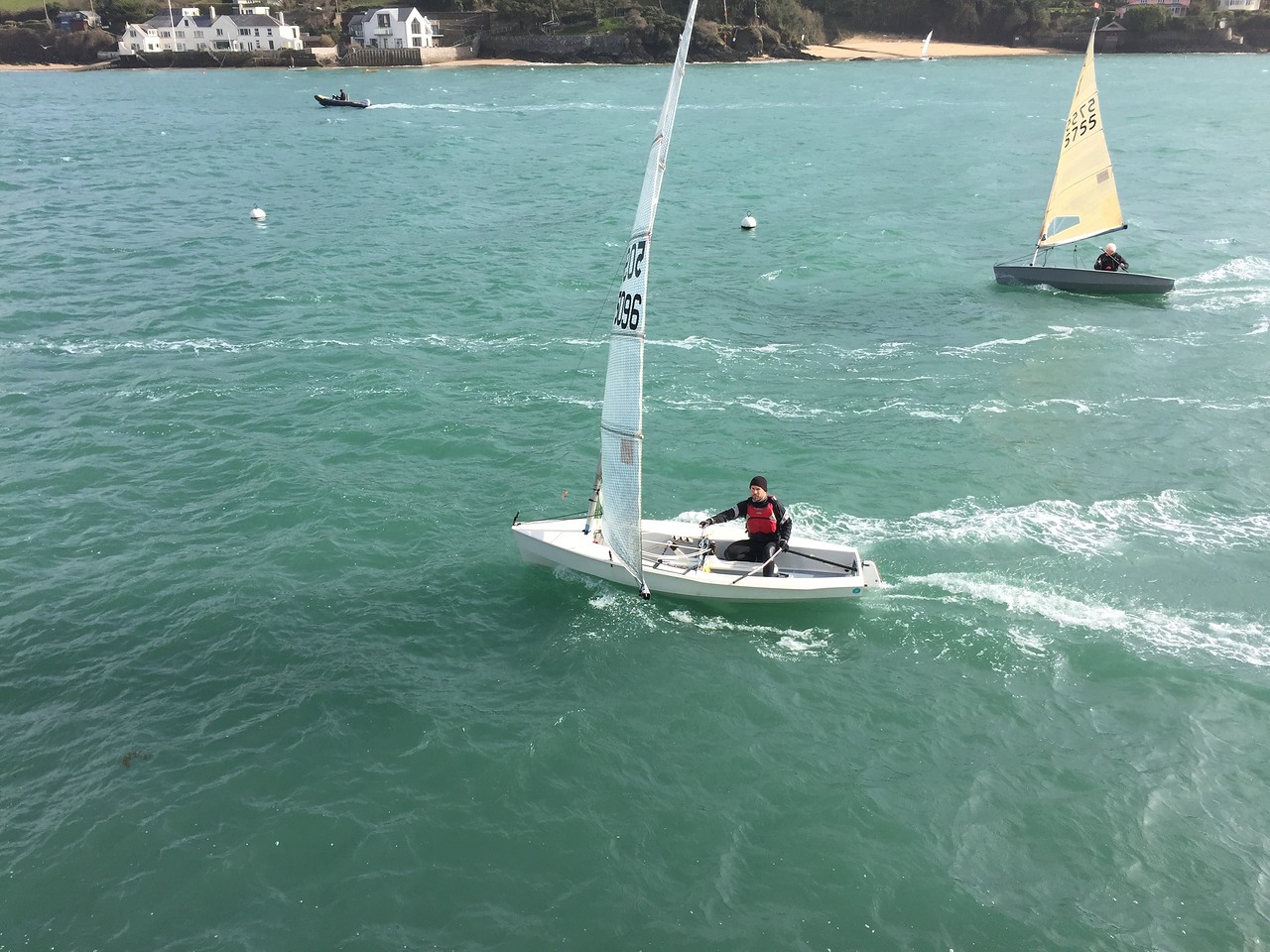