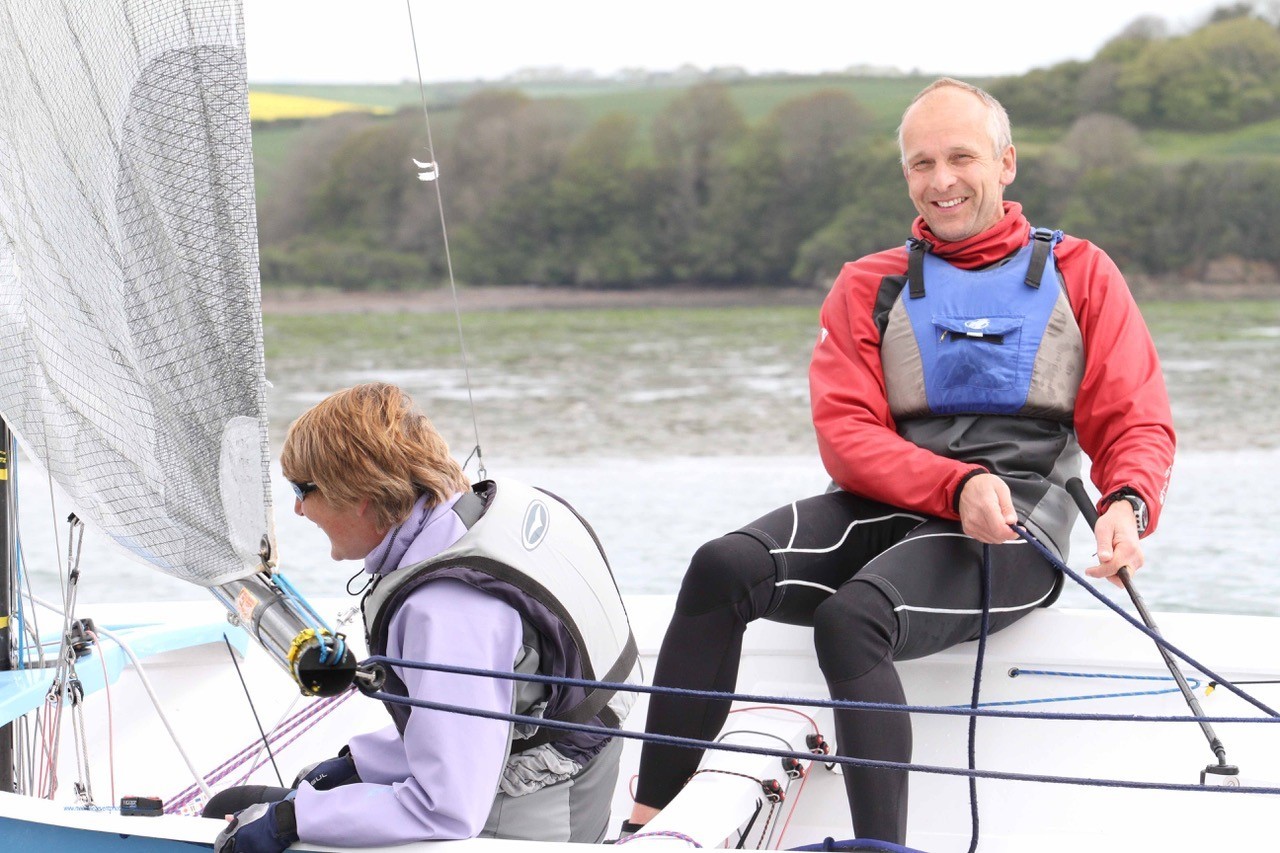 Charlie Lloyd joined the Yacht Club with Helen when Sam & Rosie became Cadets and discovered the very special joy of growing up and learning to sail on Smalls Beach. Helen, daughter of Pat & Norman Saxby, had herself been a  SYC Cadet. Over the years Charlie  & Helen became the mainstay of the flourishing National Twelve Home fleet, welcoming to members and visitors alike. The N12 is a well known exciting family boat but development changes in later years, such as the foiling rudders, gave an element of thrilling sailing that saw Charlie launching from Smalls with a knowing grin!

Charlie was a big smiling presence at SYC fit and agile and always looking forward to the next generation. Charlie led the way in zest for life kayaking over to Smalls for sailing and then marching to the top of the hill each week after sailing to recover the car. Most of us dreaded the walk up the hill after sailing but Charlie always saw it as a chance to stride upwards and embraced it with a smile. Charlie taught both Rosie & Sam to sail and special memories remain from the Blinkhorn & Waterhouse cup races days in Regatta when the youngsters got to helm their parents boats. There were a few hairy downwind legs and capsize moments but overcoming such challenges has undoubtedly equipped many  young  SYC Cadets to face life with an adventurous spirit.

It was in the Lloyd N12 Paradocs that Charlie & Helen gave an introduction to many young Cadets.  After the races in Regatta in the last couple of years Charlie & Helen organised a try a twelve initiative. We are thankful for all the opportunities they gave. It was a real highlight when in 2018  Charlie & Helen won the SYC Fast Handicap Summer Series.

Recently this season, Charlie had joined the Solo fleet and was really finding his feet in this most competitive of SYC fleets. The week Charlie passed away he was scheduled to be on duty, and with average points would have ended up third in the August Series. That is typical of his energy rising to a challenge. Well done to him for learning the skill of a tall person ducking under a Solo boom particularly when short tacking up the Portlemouth shore.

So many of us are utterly shocked that Charlie passed away so young. Charlie was a newly retired Doctor who in his work helped so many people have better lives.. Charlie was also an extremely accomplished Hash Harrier, this year completing a staggering 1000th run.  Above all Charlie was a hugely loving family man who could not have been prouder of Helen, Sam & Rosie.  He certainly lived life to the full and his energy for giving to others throughout his life is a fine legacy and he will be remembered for his great enthusiasm for life.