With winds forecast up to 30 knots earlier in the week it looked like racing might be cancelled in advance, however the reality on the day was a 15 to 25 knot West South Westerly weather window and a building flood tide, which allowed Nigel Blazeby the Race Officer to set the traditional Blackstone Gerston Blackstone Crossways course.

Junior training had been cancelled due to high winds in the morning, so there were no takers for the first start.

Next away was the Medium Handicap fleet and with no Fairway in place the Aeros of Tim Fells and Simon Ballantine started on the Portlemouth shore, whilst Esther McLarty in her Laser Radial set off on the Salcombe shore; whilst Tim led at Biddle, Esther was close on his heels.  The two sail reach back from Gerston suited the single sailed Aero and Tim extended sufficient lead to just take the win from the Laser 4.7 of George Alexander, with Esther in third.

Graham and Fiona Cranford Smith maintained their run of good form in the Fast Handicap fleet in their Merlin Rocket, finishing well ahead of the Phantom of Paul Ellis and the Merlin of AJ and Tris Squire.

The highly competitive Solo fleet split had Simon Dobson winning the Portlemouth end of the starting line and Simon “Yotter” Yates the Salcombe side.  David Greening took advantage of Dobson straying too far into the flood tide to emerge as leader at the Blackstone mark, and despite several attempts to grab defeat from the jaws of victory, did indeed take the winners gun even after a desperate attempt to stem the tide on the final approach to the finish, and was followed by the omnipresent Roger Guess and Simon Yates who stayed on the Portlemouth shore.

Geof Gilson and Chris Spencer Chapman were totally dominant leading off the start line and eventually to take the win in the Salcombe Yawl Fleet.

So there we have it, a breezy day where sailors made the decision whether to race with no capsizes, followed by a beer in the Yacht Club and plenty of enjoyment all round. 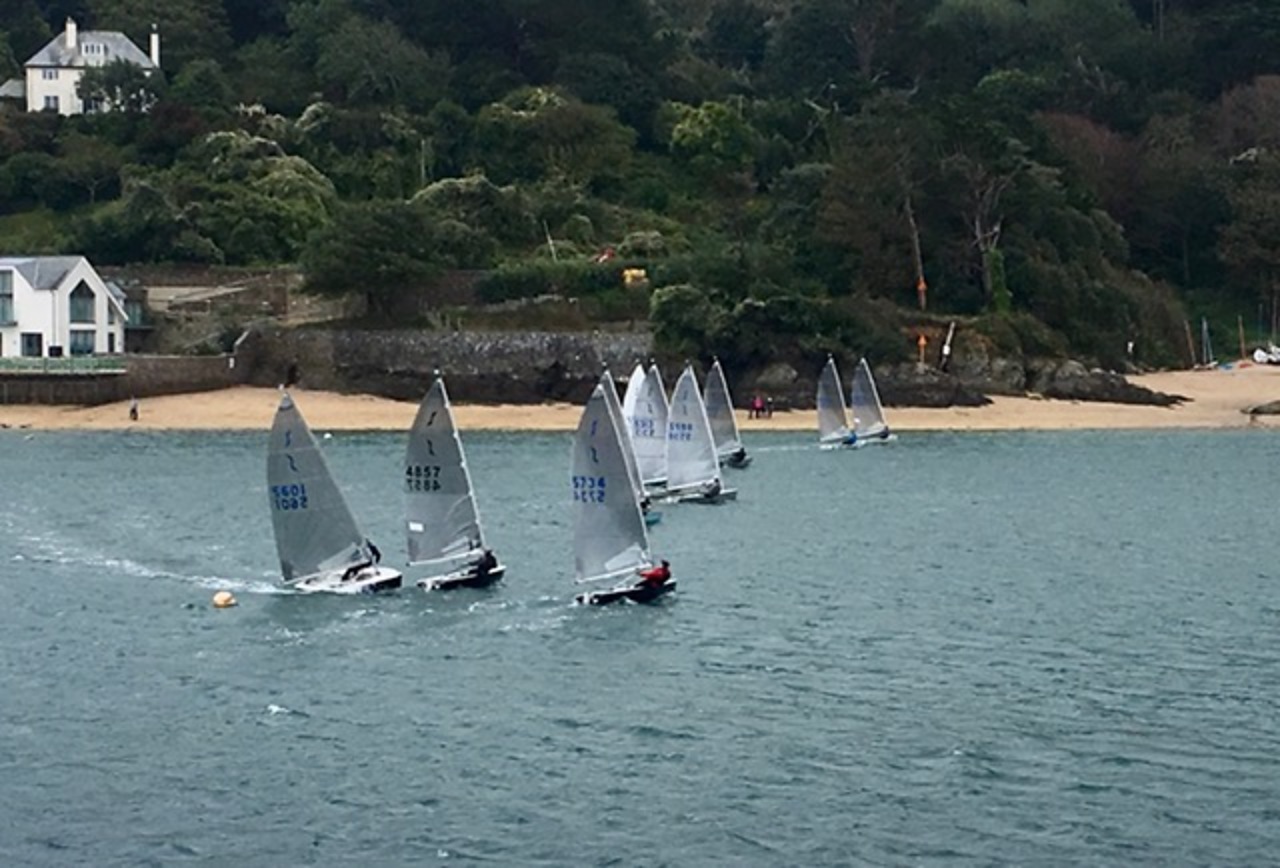 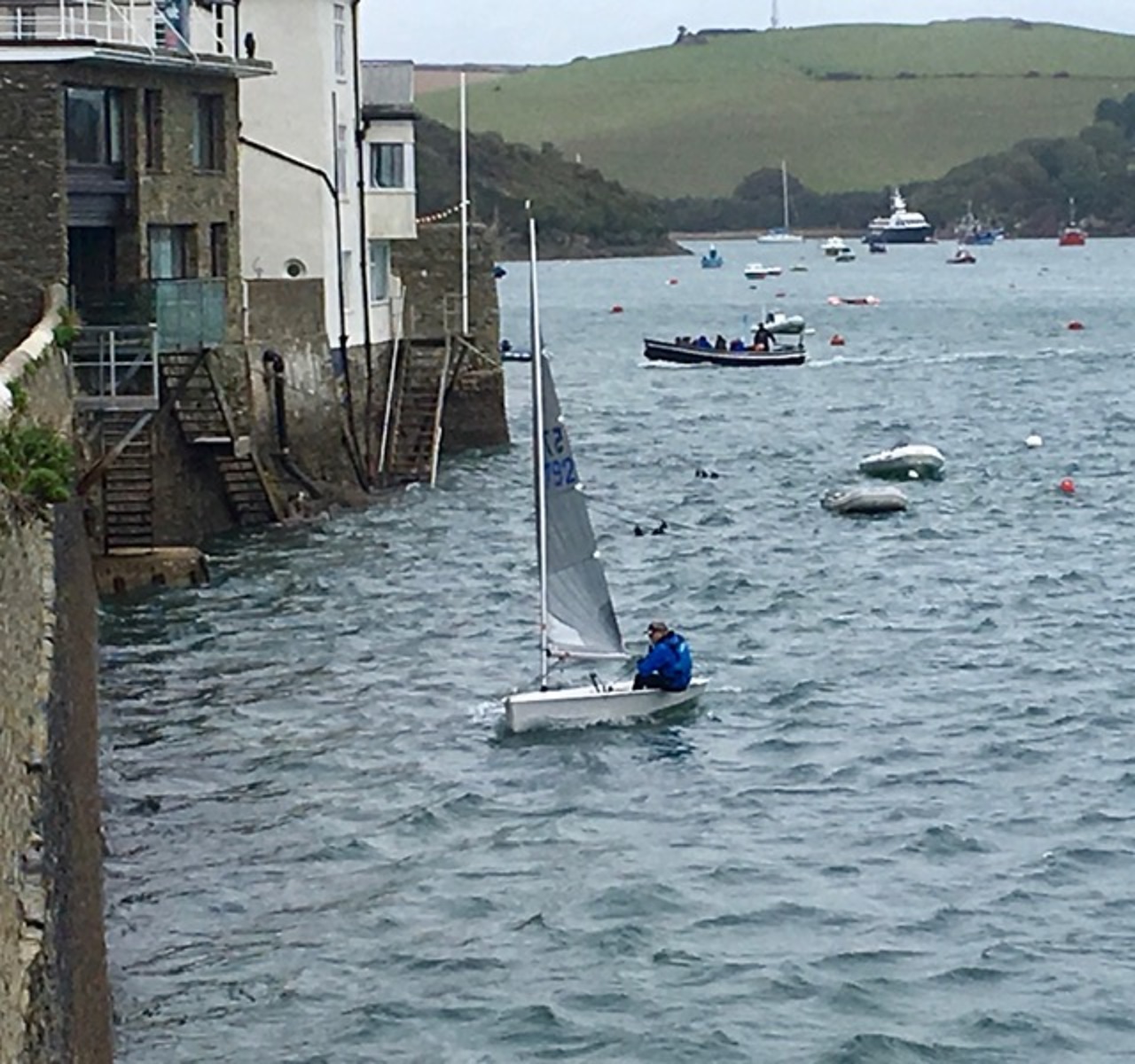 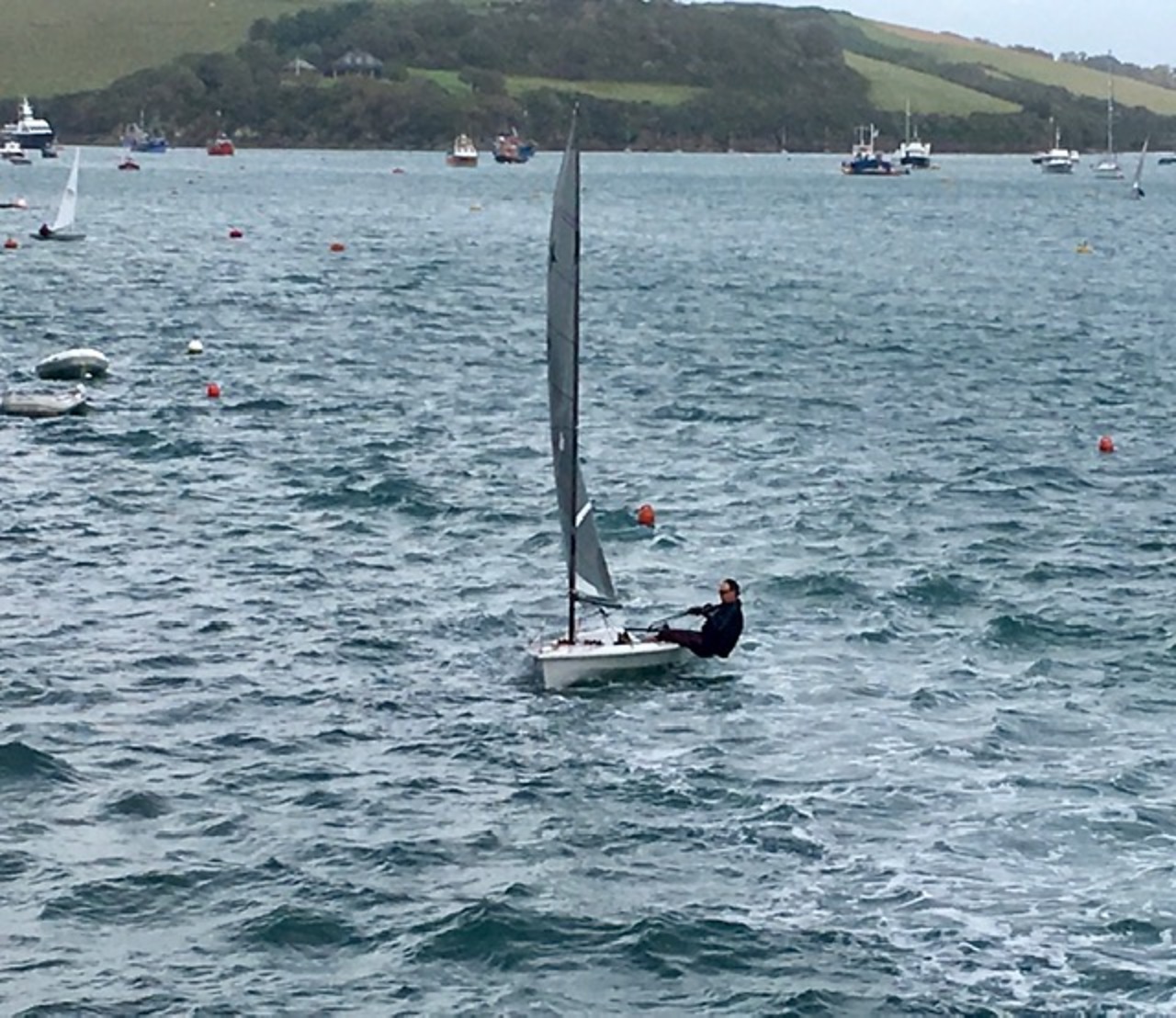 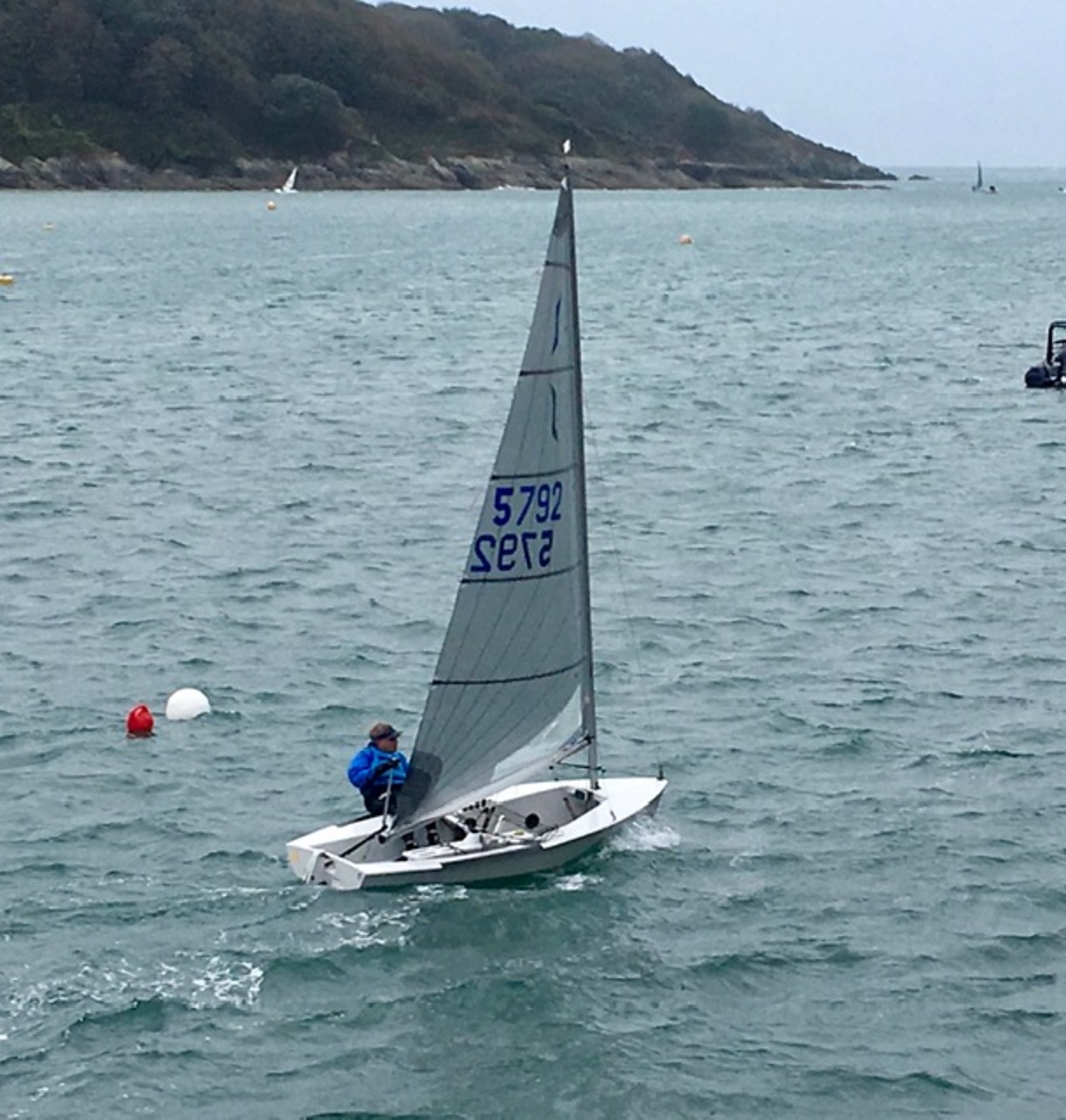 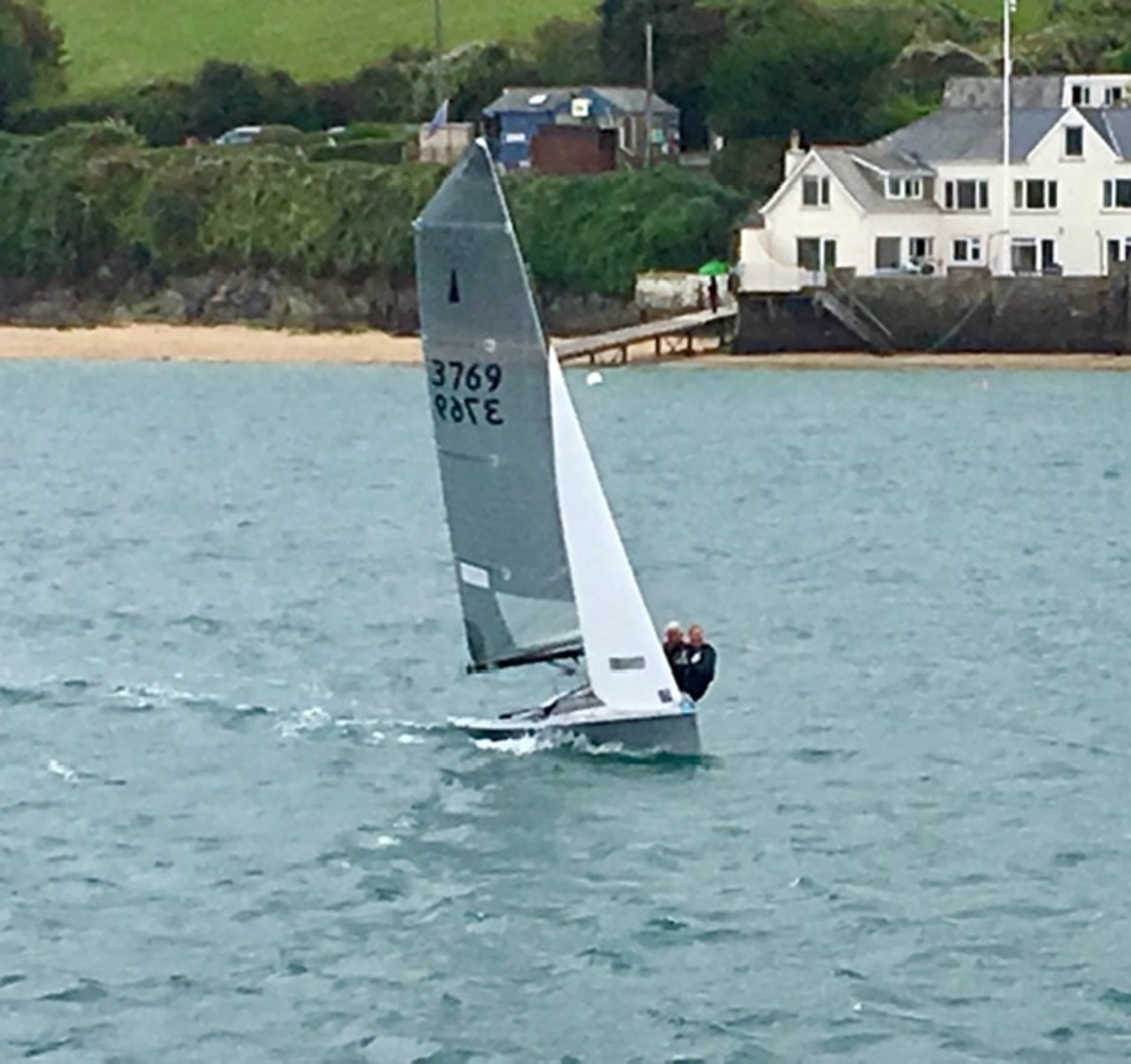