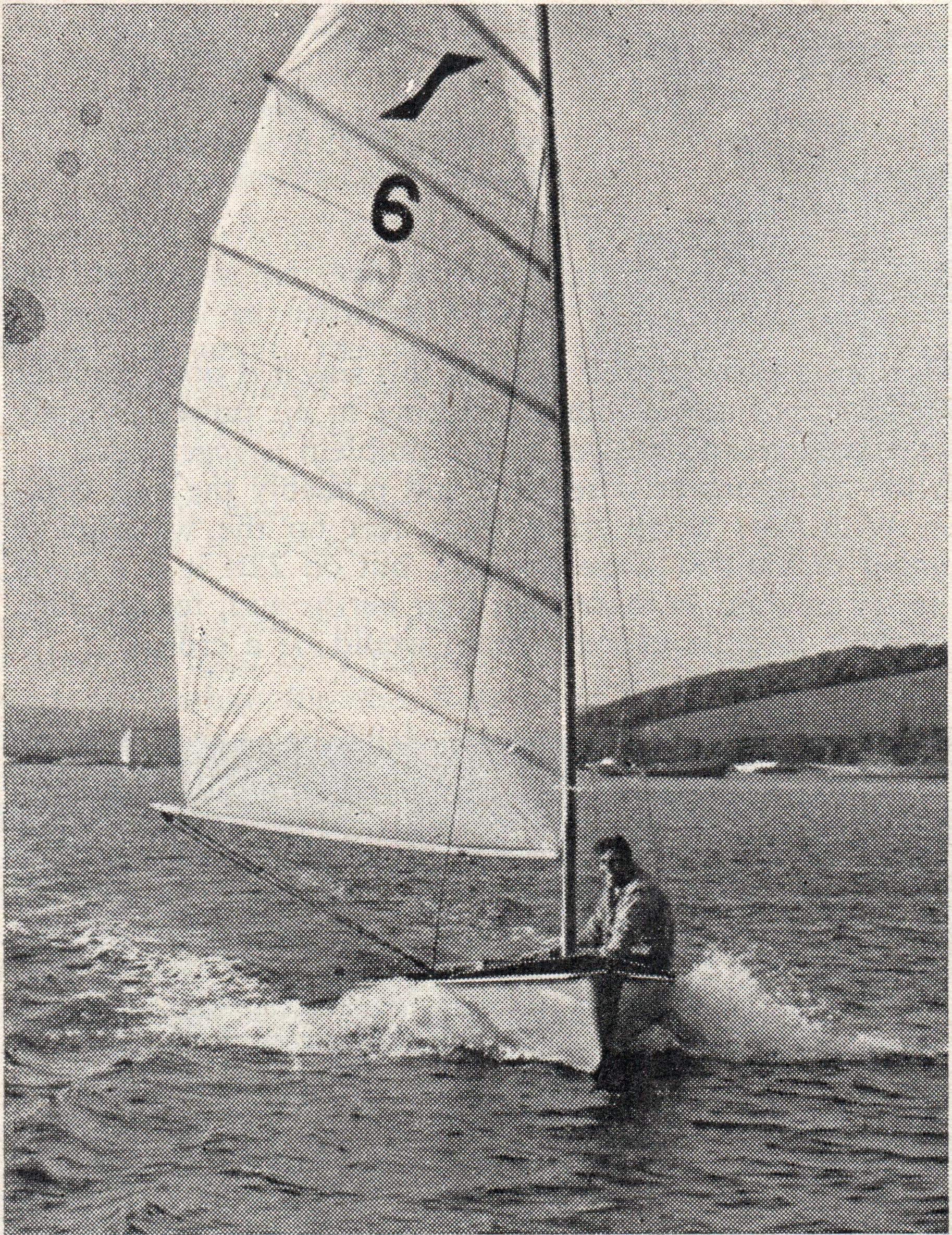 The following copy and attached article, will appear shortly in an upcoming online Solo Specific magazine. However, it may be of wider interest to the SYC membership, depending on the exact state of your ennui in the lockdown period.

My account concerns the unearthing of probably the first article written about what has become the long connection of the Solo, to Salcombe Yacht Club.

Written in 1962, the author Ross Llewellyn lived in Brixham and was president of the class association in 1962/3. He obviously spent time in Salcombe also. Some of us owe more than a little to his enthusiasm, at that time.

The Yachting World Solo in the West Country.

I last saw Shaun Welsh (and come to that more recently, anyone), my predecessor as Hon. Sec of the Solo Class Association in Autumn 2019. This now seems like an eternity ago. Our meeting took place in a more innocent age.

Shaun and I convened so I could take custody of the National Solo Class Association Archives.

I was unprepared for the volume of material presented to me as Shaun, with the flourish of a magician, opened the rear doors of his capacious motorhome. Shaun's countenance became one of unconcealed glee as he witnessed the astonishment on mine.* For it turns out, that the Solo class records consists of a very large number indeed of crates and miscellaneous boxes. This is alarming for one who, like me, has an unparalleled record of negligence when it comes to admin.   However, nothing for it: we duly decanted the whole lot into my car which box by box, settled unhappily on its suspension. And mostly through strenuous lack of effort on my part at the time of writing, one or two of these crates have remained undisturbed in the corner of my office despite plenty of time on my hands.

That is, until now. For, having been pressed for Solo Specific magazine copy, I sought to look back through the old class records which, appeared to have been untroubled by quite a few of my predecessors, if not nearly all of them. By these means I hoped to regurgitate a forgotten piece thereby avoiding the process of having to think of something original to say.

Ideally, I was looking for old material which might form the basis for a diverting vignette in the history of the class.

I trawled through the back copies of Solo Specific and year-books all to no avail.  With diminishing material, I was beginning to lose hope. But towards the bottom of one crate, I located a manila folder. It was untitled, scruffy and obviously many years old. In it were yachting press cuttings plainly originating from the days before Xerox.  And, one of these dated January 1961, caught my eye. Authored by a certain Ross Llewellyn otherwise a National 12 and International 14 sailor, it now appears below for your delectation; no doubt in cheerful breach of copyright. Needs must when the devil drives.

Admittedly, the article is particularly relevant to those who love Salcombe and the long association of the Solo dinghy with the Ria. But I hope others of you might appreciate it too. And I also think it is striking that from those small beginnings the Solo continues to thrive, including in Salcombe, over sixty years later.

Not to overstate the facts, Ross's tribute to the Solo in 1961, may well be the first record of Jack Holt's design in Salcombe. As it turns out, his is the progenitor of a great many other articles describing the enormous amusement we derive from our Solo racing.  As well, Ross is pictured in newly built Solo no. 6**, sailing through The Bag in a North East breeze. He is on an evening spring tide in summer 1956. This may well be the very first photograph of anyone at all, sailing a Solo in Salcombe. It is hard to over-estimate how many Solos have traced that same route since. Certainly, a very great many. Quite a lot has changed in the intervening period, (including kicking straps). But in all essential respects, Salcombe, the Solo and the unalloyed joy that each bring, are entirely recognisable and un-dimmed.

Finally, I could add that in his description of the Solo, Ross foreshadows a vice in the handling of the boat. I thought he might be on about the sub-optimal buoyancy tank arrangements for a moment. For the record Ross, we are still thinking about this. But most of all to you we say: kudos and thank you so very much, for start of it all.

*I am grossly exaggerating.  Shaun was nothing but generous, kind and extremely helpful.

** Contemporary class records from the first year book in 1963, show that Solo no. 6 was almost certainly a Jack Holt hull. Named Sigma, it was owned then by one H. D. Dowler, Surbiton. Dowler was a member of Littleton Sailing Club.

Another early adopter of the Solo in Salcombe was the owner of Solo no. 10 which was owned by one J. E Coombes of Kingsbridge: he was a member of both Salcombe Sailing Club and Wraysbury Lake Sailing Club which closed in November 2013.