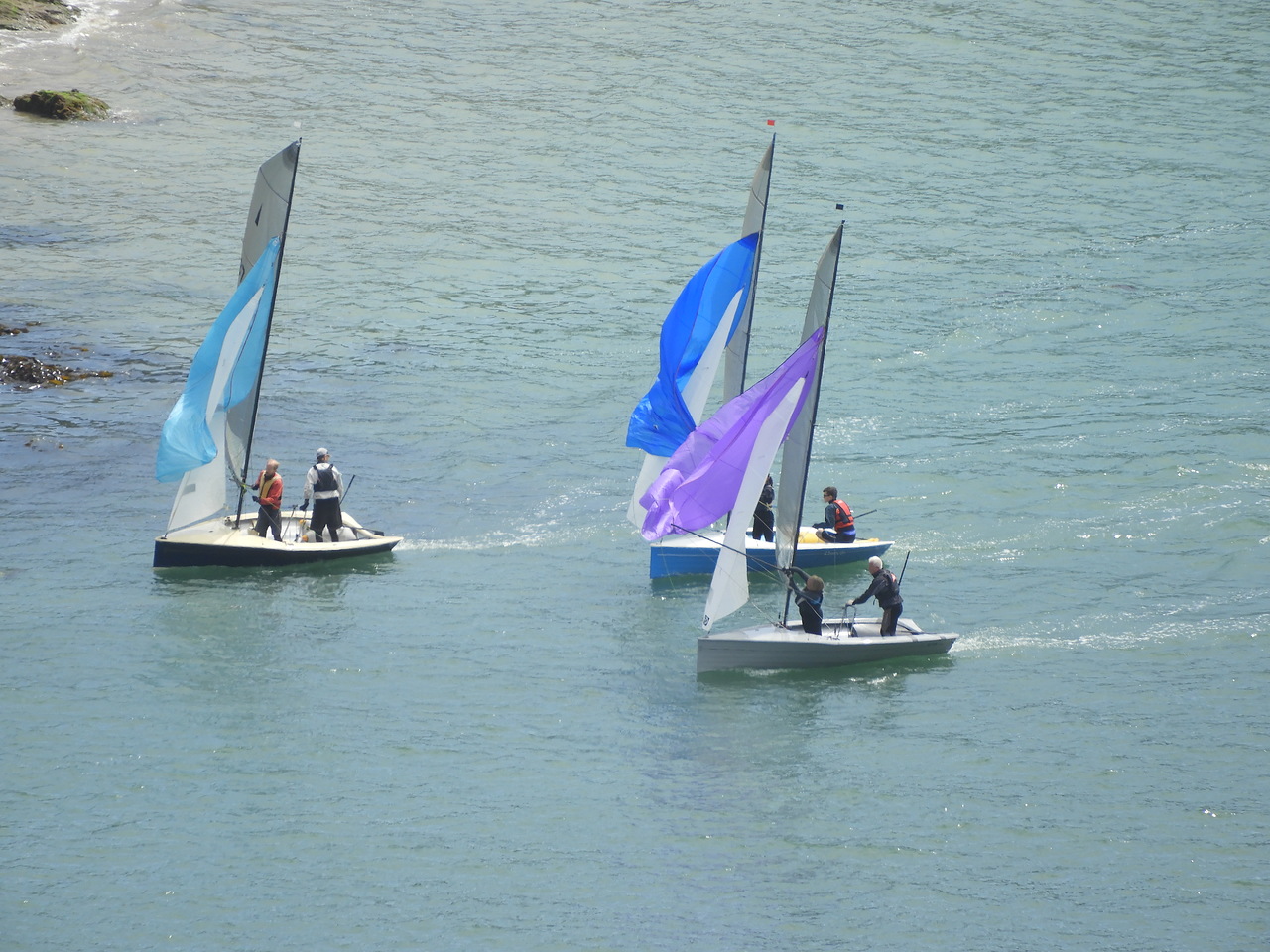 A very blustery Westerly wind made sailing both exciting but challenging as reduced fleet numbers defied the weather forecast and had fantastic blue-sky racing. Race Officer Clive Jacobs took the fleets on a first beat to Blackstone and followed this with an at times hair raising run to the distant Gerston mark which at the bottom of a Spring tide was just about negotiable with raised centreboards.  The wind gusts varied at times from 30 to 0 knots and this meant that at some stage many boats capsized and the three rescue boats were kept very busy.

With Junior racing cancelled because of the high winds, the Medium handicap fleet were first away and George Alexander and Emily Janzen demonstrated their Laser 4.7 sailing skills by coming first and second in spite of capsizes on the way. Three Merlin’s started in the fast handicap fleet, however it was Alistair Morley in his Phantom that sailed away to gain a convincing win from the Charlie and Helen Loyd National 12 that at one point in the race was sporting a carbon mast that by all engineering design and laws of Physics should have been in pieces, but remained intact.

The Solos had another exciting race with much place movement up and down the fleet. First placed Billy Jago generally remained at the front in spite of a capsize coming away from Gerston. Second placed Roger Guess took a short excursion to the Ditch End sandy beach towards the end of the race but was able to keep ahead of Ed Stephens who had a swim in the main estuary. All the Solos reported sensational sailing on the course and in particular the power reach away from Gerston where huge gusts took the little twelve-foot boats to the precipice of control, speed and instability.

Only one Yawl was prepared to venture out, whilst others stayed ashore thereby presumably protecting their precious wooden flexible masts and this left Geoff Gilson and Chris Spencer Chapman to sail expertly round the course and gain useful Summer Series points. 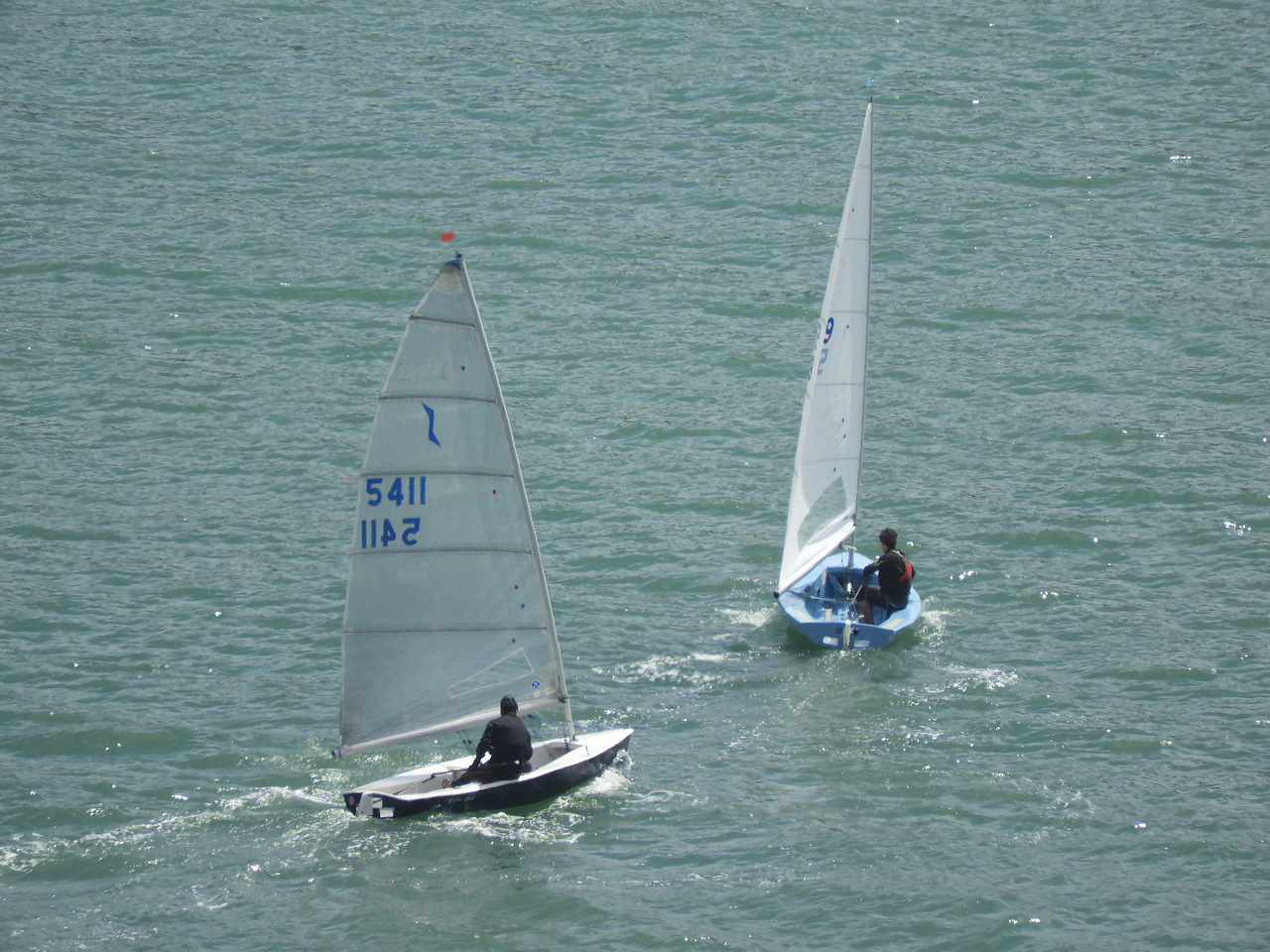 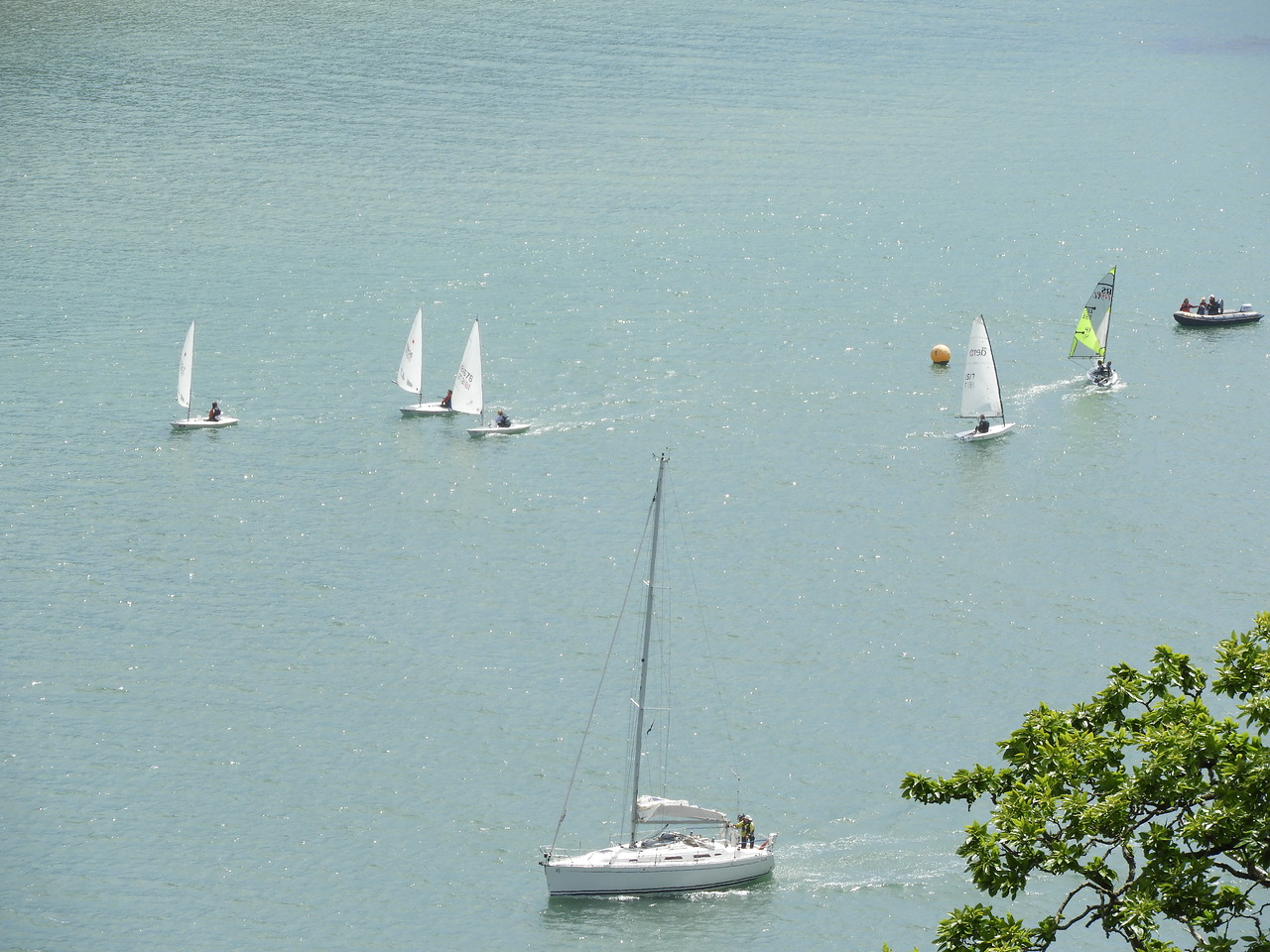 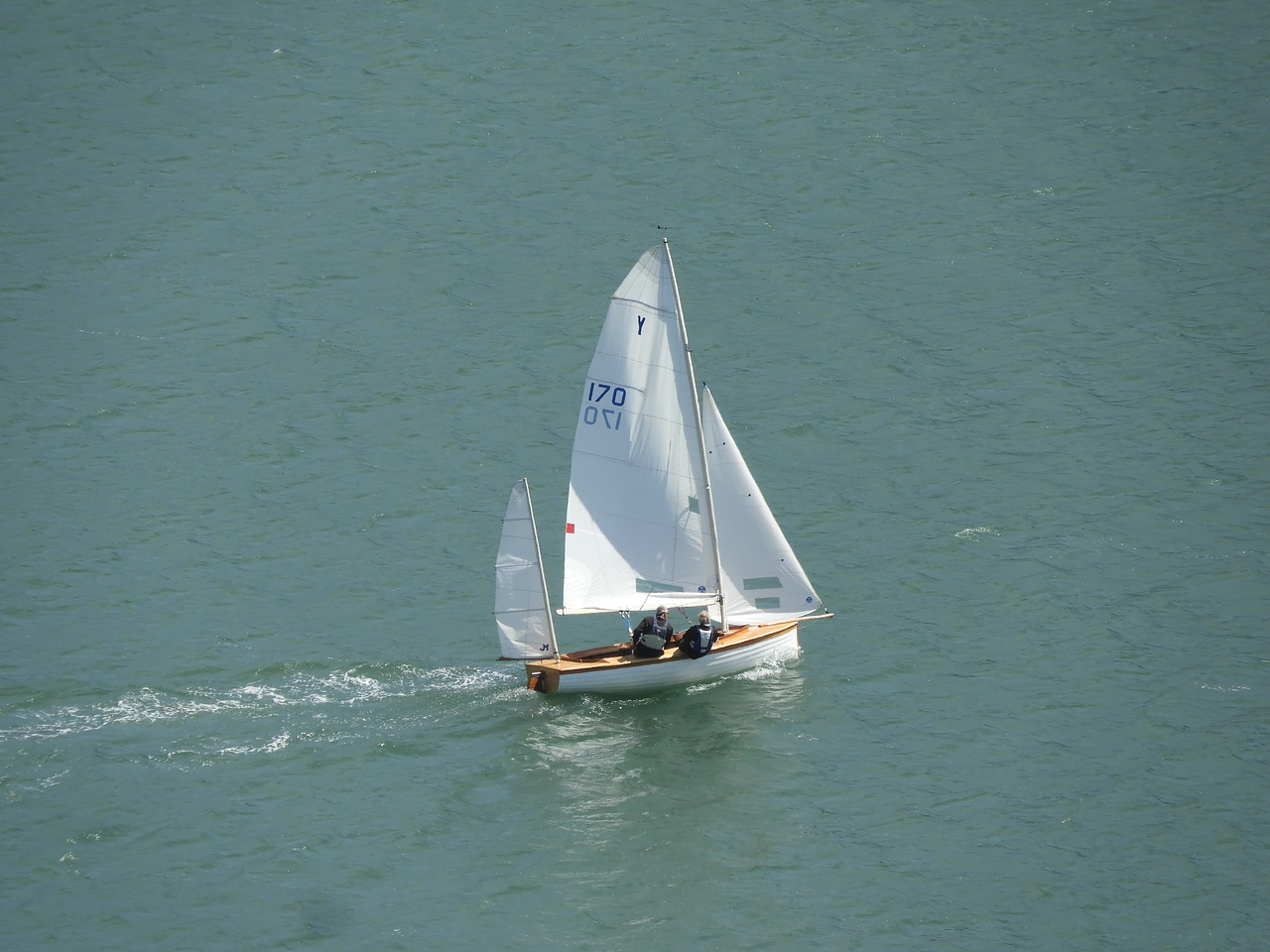