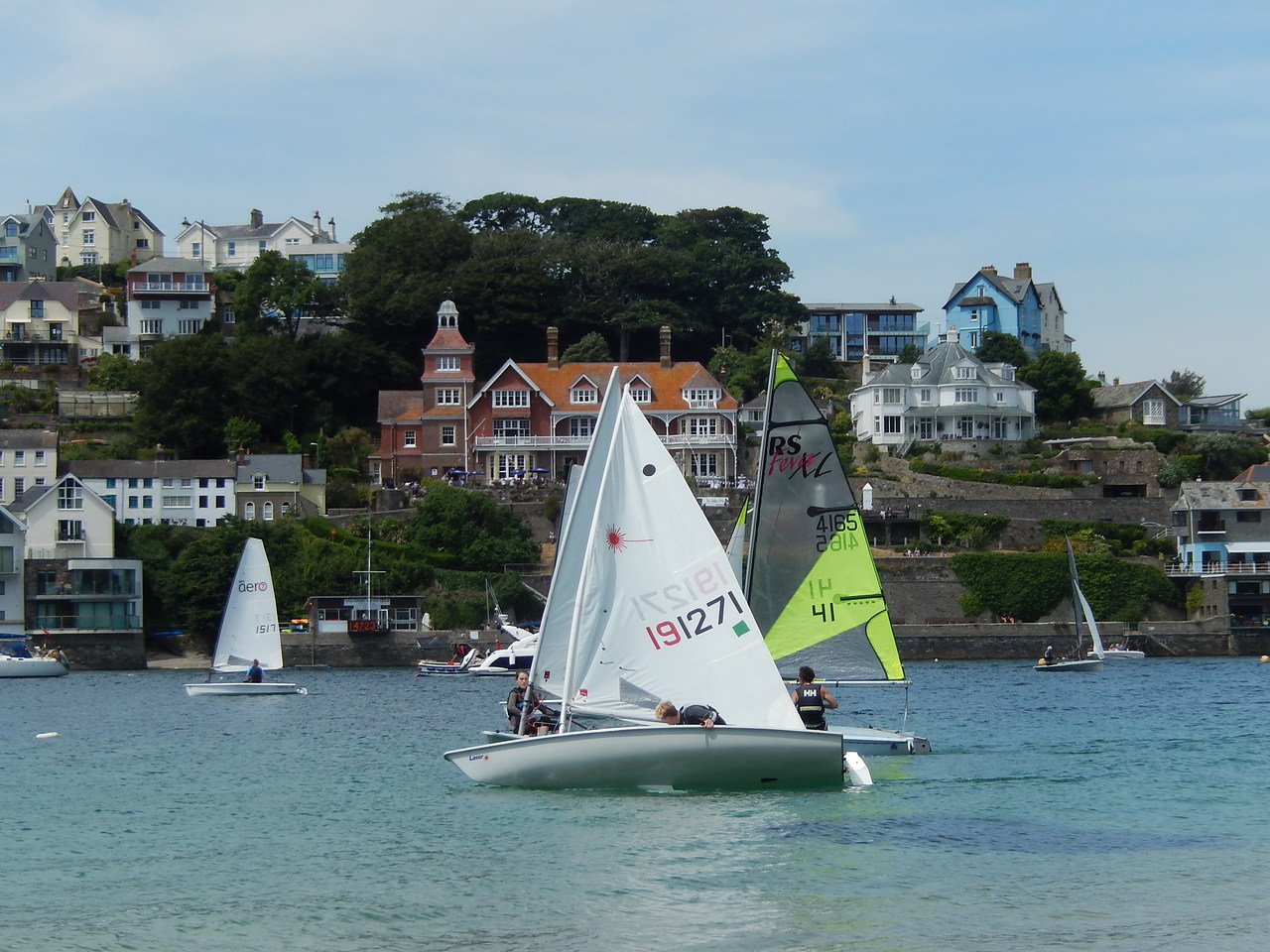 On a beautiful sunny day in Salcombe the prevailing easterly wind combined with a somewhat half-hearted sea breeze to produce a light south easterly for the forty plus boats competing in the third race of Salcombe Yacht Club’s Summer Series. This wind direction is a difficult one for the Race Officer and competitors alike – the wind blowing across the Estuary limits the opportunities to set a true windward leg whilst there were plenty of holes in the breeze to catch out the unwary. In the event, the course of Blackstone Yalton Gerston provided a bit of everything from light and shifty beats to tricky downwind transition zones that tested competitors’ concentration and tenacity.

Once again, the Cadet fleet was well attended with fifteen cadets sailing a mixture of the Club’s Toppers and RS Qubas. Ben Meek sailed his own Tera Pro to another commanding victory, followed by a Quba in second place with Issy Wood third in a Topper. In the Medium Handicap fleet, the familiar combination of Peter Cook and Janet Exelby lead the fleet around the course in their Firefly followed home by the RS Feva XL of Will Meek and James Alexander and the Laser Radial of Collen Pope. In the Fast Handicap fleet Billy Jago was making a guest appearance in a Phantom, leading the fleet off the start line and laying the Blackstone mark in one tack – something he would not have managed in his Solo. Bruce Hattersley in the other Phantom provided much entertainment with a comedy capsize in very little wind just after the start, thereby demonstrating the downside of these high performance but tippy machines. Bruce recovered to take third spot behind the Merlin Rocket of A.J. Squire and Nicky Bass.

Numbers in the Solo fleet were slightly down as some members are travelling to the Nations Cup on Lake Garda but thirteen boats still made it to the start line. Phil King made the best start and lead around the windward mark, followed by Simon Dobson and Peter Hammond. On the downwind leg to Yalton Malcolm Mackley showed good speed to join the leaders and these four broke clear of the fleet. On the return from Yalton Phil King ran out of wind under Scoble Point allowing Dobson to sail around him into the lead. The Bag was predictably light and tricky with Mackley again showing good light air speed to move into second. The leaders stretched away again as they got into better breeze on the way to Gerston and although Mackley got to within a boat length on the return to the Bag, Dobson held on for the win with Mackley in second and King third. In the Yawl fleet, Andrew Wood and Jules McColl sailed an excellent first beat in their Classic boat to lead at the windward mark but on the long downwind legs to Yalton and then Gerston the Modern fleet boats showed their superior light air speed with Geoff Gilson and Chris Spencer Chapman taking victory from Mike and Karen Whitehouse. 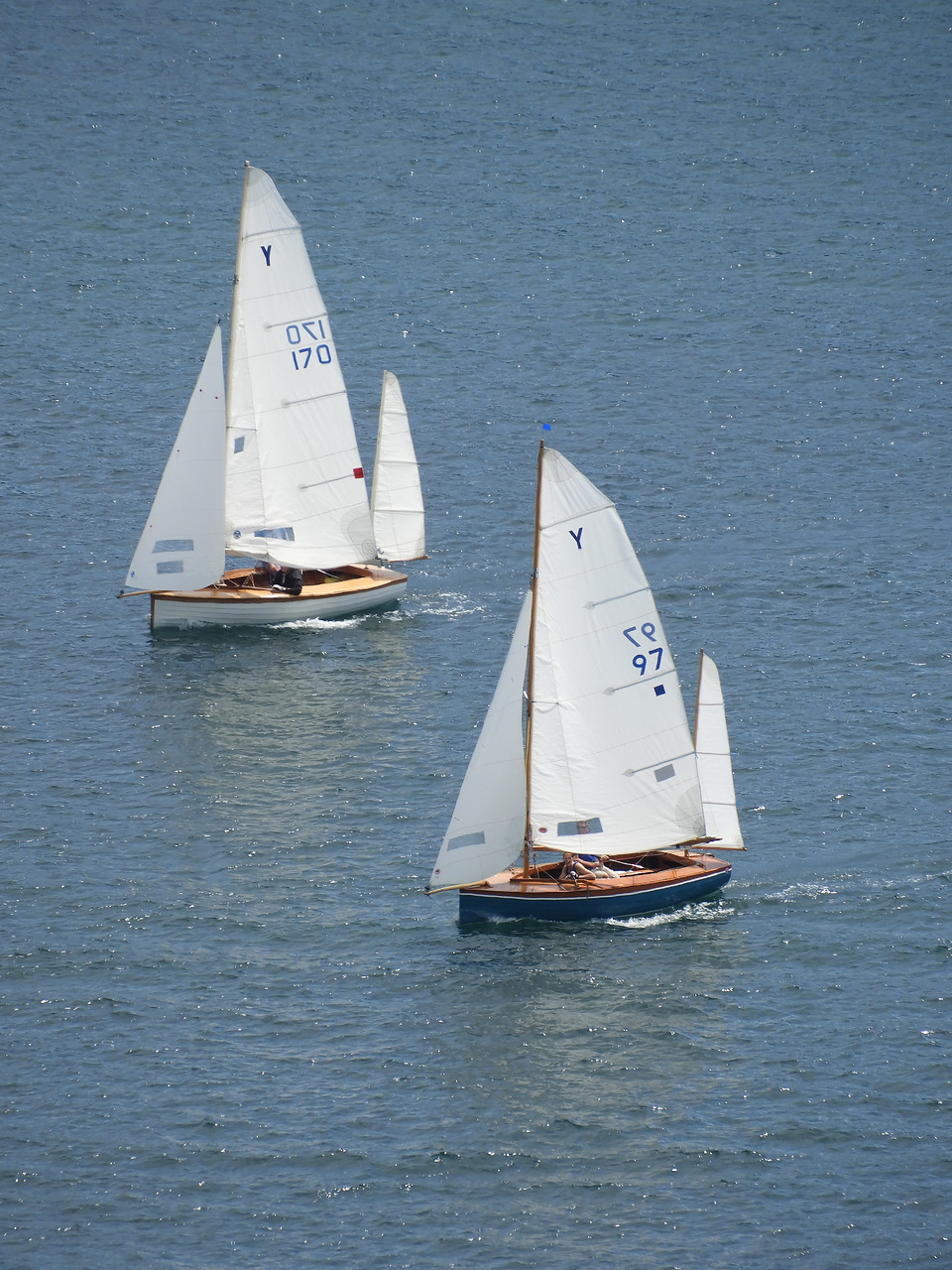 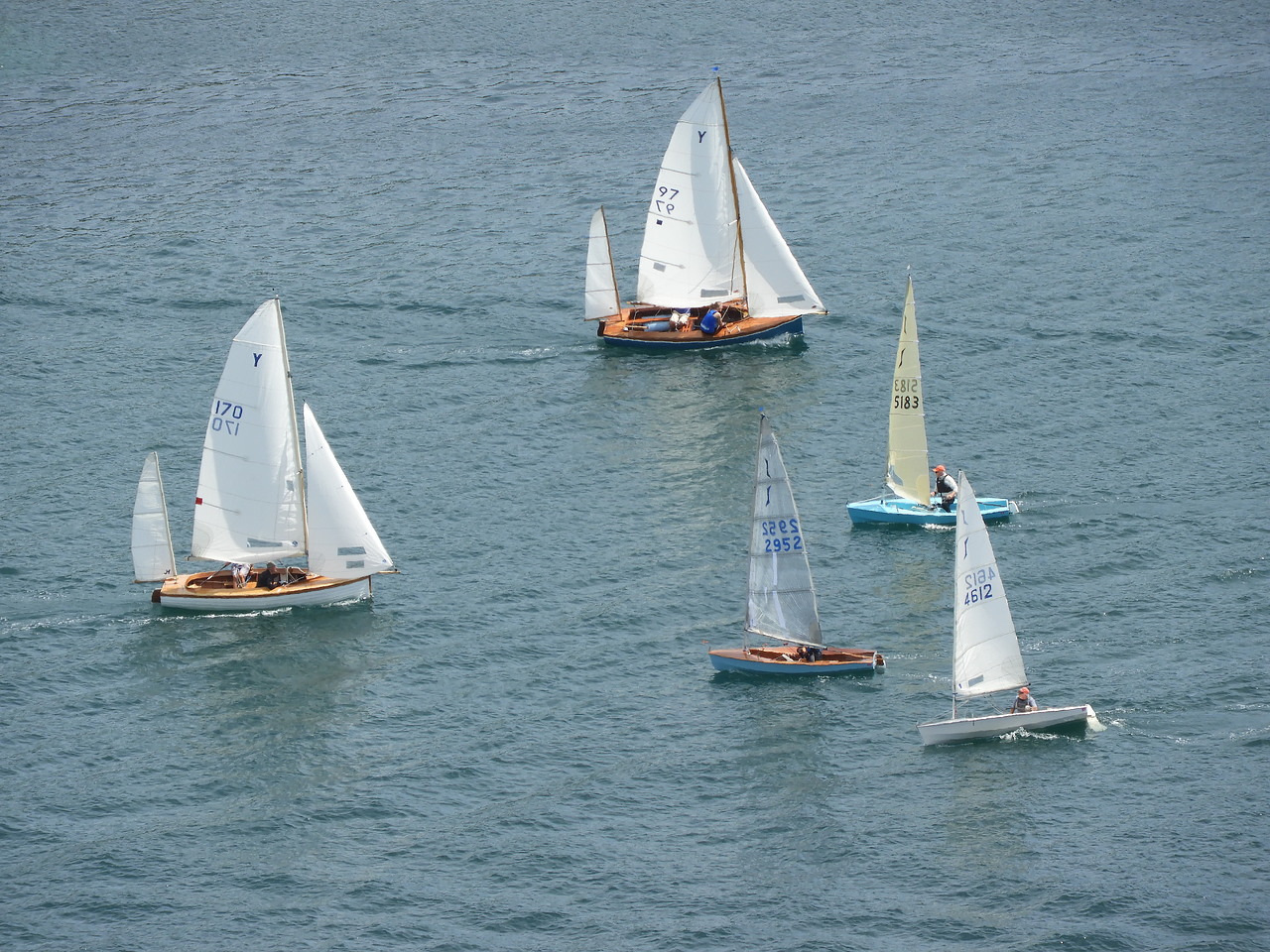 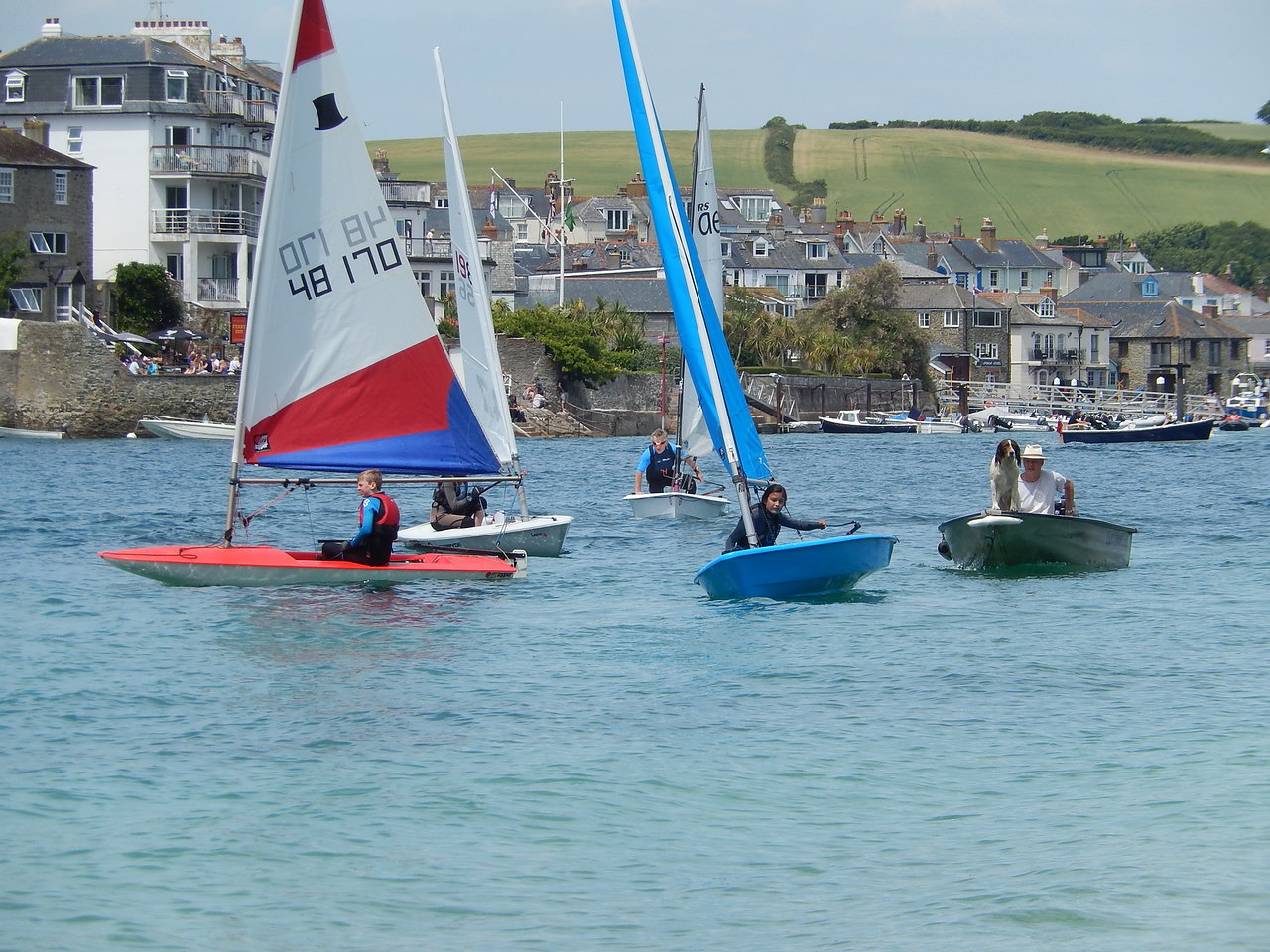