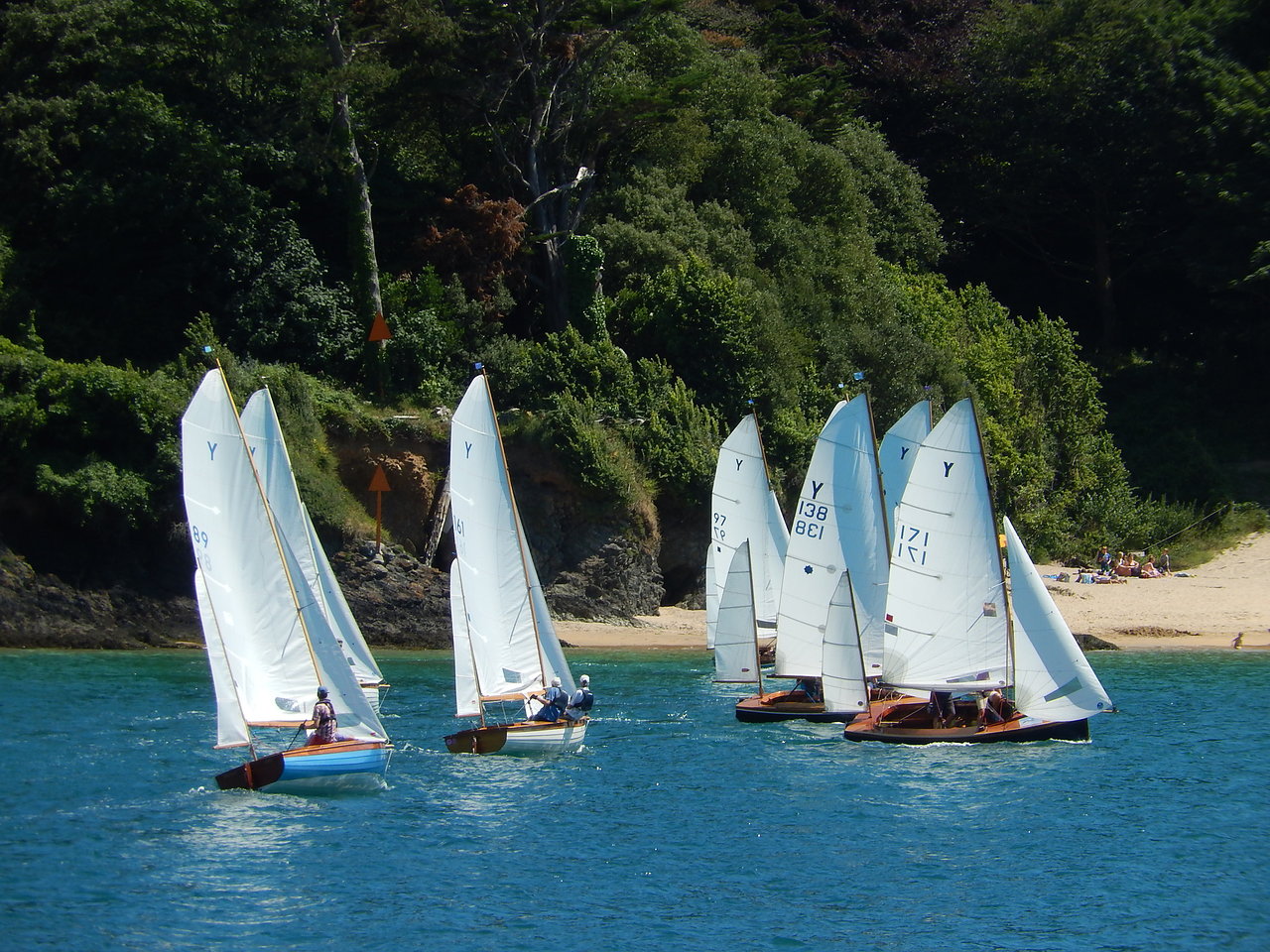 On a glorious sunny Saturday and at the top of the tide the summer series club racing took place with the backdrop of 120 Merlin Rockets arriving at Salcombe for their Merlin Week that starts on the Sunday. The race officer was faced with a pleasant sea breeze blowing down the estuary and unknown to him and the fleet at the time an Easterly land breeze was lurking in the direction of Kingsbridge. The first windward mark for most of the fleets was outside the Blackstone rocks to an O mark, then down to Yalton and after passing through the “bag” onto Gerston.

The strong junior fleet made a cracking start and enjoyed a competitive beat to the first mark. Subsequently the long run to Yalton against the tide resulted in the fleet being spread out and this was where Ben Meek in his Terra Pro gave a master class in sailing and won both on the water and on handicap. The Medium Handicap was again dominated by Peter Cook and Janet Exelby in their little red Firefly where they saw off a determined challenge from both Aeros and Laser radials. The fast handicap was something of a battle between the RS400s and Phantoms and on this occasion it was the RS400s that prevailed. Numbers in the Solo class appeared to have stabalised to the low teens which is drop from previous years where plus twenty boats would regularly race, however the competition is still strong and on this occasion Simon Dobson, Phil King and Julian Meeks broke away from the pack and had a close race. The region of the wind direction change near Salstone from a sea breeze to a land breeze proved difficult and it was the Dacron sail Simon Dobson that emerged the winner.

The Salcombe Yawls can provide a wonderful sight when in action and their race was no exception with a healthy number crossing the start line. Antony Lofts emerged the victor on the water with the sea and land breeze switch providing that element of challenge that is missing in other more straightforward sailing venues. The races were quite long, however at the end there was the opportunity in the SYC clubhouse to enjoy the winning moments of the Sweden/England football match on the clubs big screen.