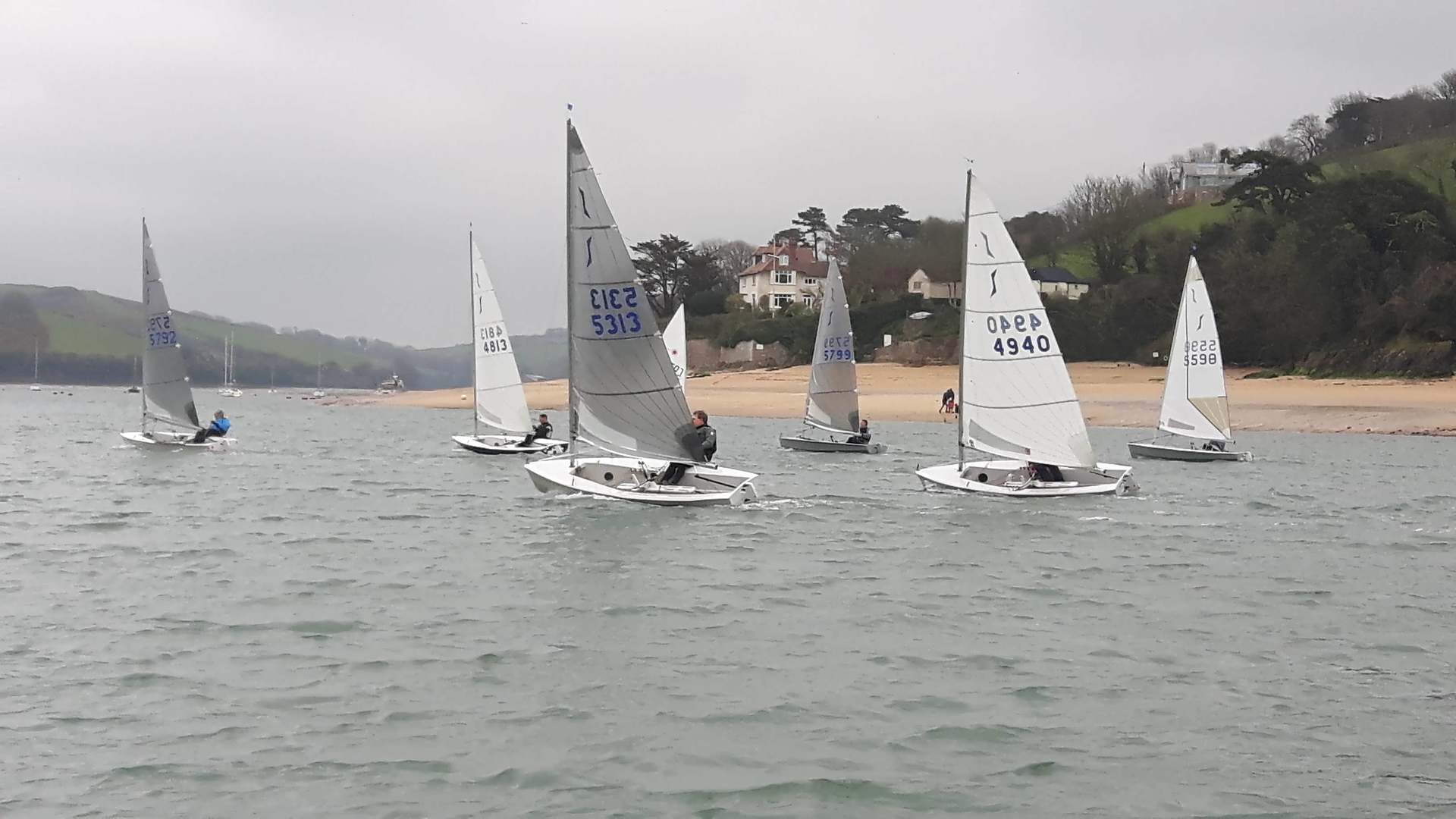 After a delayed start due to cancellation of racing due to Storm Gareth the previous weekend, the Salcombe Yacht Club Spring Series finally got underway on Saturday 23rd March.

Race Officer Simon Ballantine set a beat and running course between Crossways and Blackstone on what was one of the lowest tides for several years.  Despite pessimistic forecasts, there was sufficient North in the wind direction to allow powered up sitting out on the beats.

First away was the ten strong Solo class, with Roger Guess, Robin Hodges and David Greening leading off the line, with Guess leading the fleet around the windward mark and headed toward the Portlemouth shore.  Greening found some remaining ebb tide down the middle of the harbour which allowed him a 50 yard lead by Blackstone, which he did not give up to the finish of the race.  Unfortunately for Guess his afternoon was further ruined by a late charge by Robin Hodges down the final run gaining mark room at the final mark, to eventually secure second place.

The Handicap fleet contained a varied fleet ranging from the 505 of the Peters Colclough and Bennet, to a growing fleet of Laser Radials and 4.7 encouragingly populated by youngsters progressing from the junior fleets, with the victor, the not so young Andrew Groves.