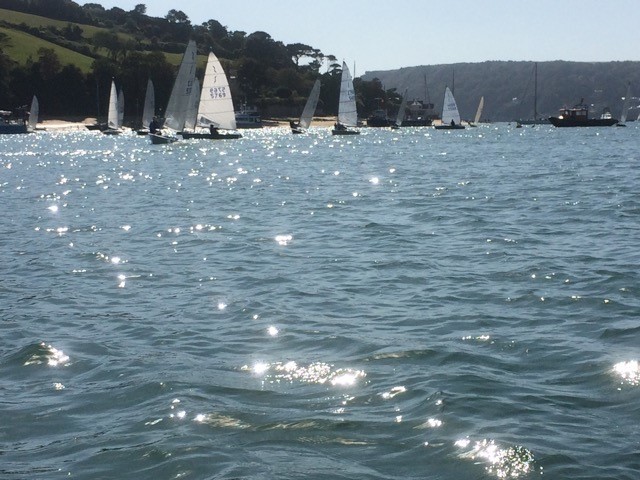 Summertime conditions prevailed for Race 3 of the Salcombe Yacht Club’s Autumn Series. Sunny skies and a 10 knot north-easterly brought over 40 boats to the start line across five different fleets. A low water spring tide shortly before the start restricted the Race Officer’s course options and he chose to send competitors north around Crossways and then through the Bag to do a couple of laps around Gerston and Saltstone before returning to the main harbour and Blackstone. This brought the tricky calm patch underneath Halwell Woods into play with many place changes as the fleets negotiated their way through the Bag.

In the Junior fleet Edward Alexander in his Tera Sport came out on top followed by Freddie Reynolds and Ethan Jones in two of the Club’s Toppers. The Medium Handicap fleet consisted of the usual mixture of Aeros and Lasers. Ether McLarty in her Laser Radial lead home Gus Howells in his Laser 4.7. In the Fast Handicap fleet, a loud cheer greeted Alistair Morley as he crossed the start line in his customary position two minutes behind everyone else but he made short work of catching and passing the other Phantoms to take victory ahead of Olly Alexander and Chris Cleaves. In the Yawl fleet, the Modern Yawl of SYC Commodore Andy Savell and his wife Elizabeth prevailed over Graham and Tessa Pike with the Classic boat of Peter Stratton and Carolyn Adcock in third.

Sixteen Solos had a closely fought beat to Crossways with Simon Dobson just getting there ahead of Julian Meek followed by Simon Yates and Jonathan Reynolds. The running order amongst the front three stayed the same as the fleet completed the laps around Gerston and Saltstone with Ed Stephens joining the leaders on the final leg from Gerston. These four had pulled away from the rest of the fleet by the time they rounded Snapes. Dobson and Yates elected to remain on the town side for the run against the tide to Blackstone whilst Stephens and Meek crossed to the Portlemouth shore. This proved to be the winning move as these two emerged ahead of Dobson at Blackstone and with little chance of places changing on the short beat with the tide to the finish Stephens held on for the win. 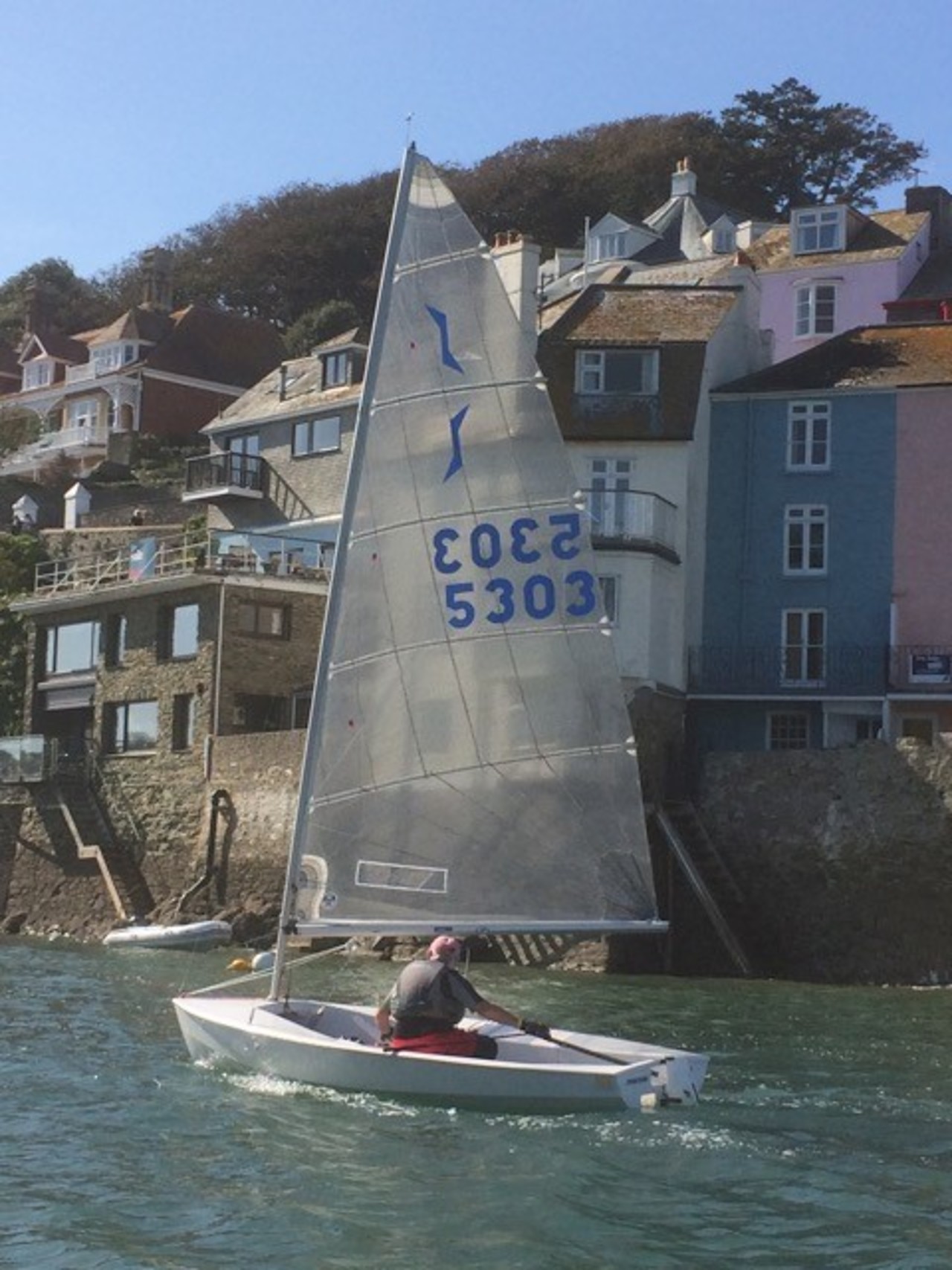 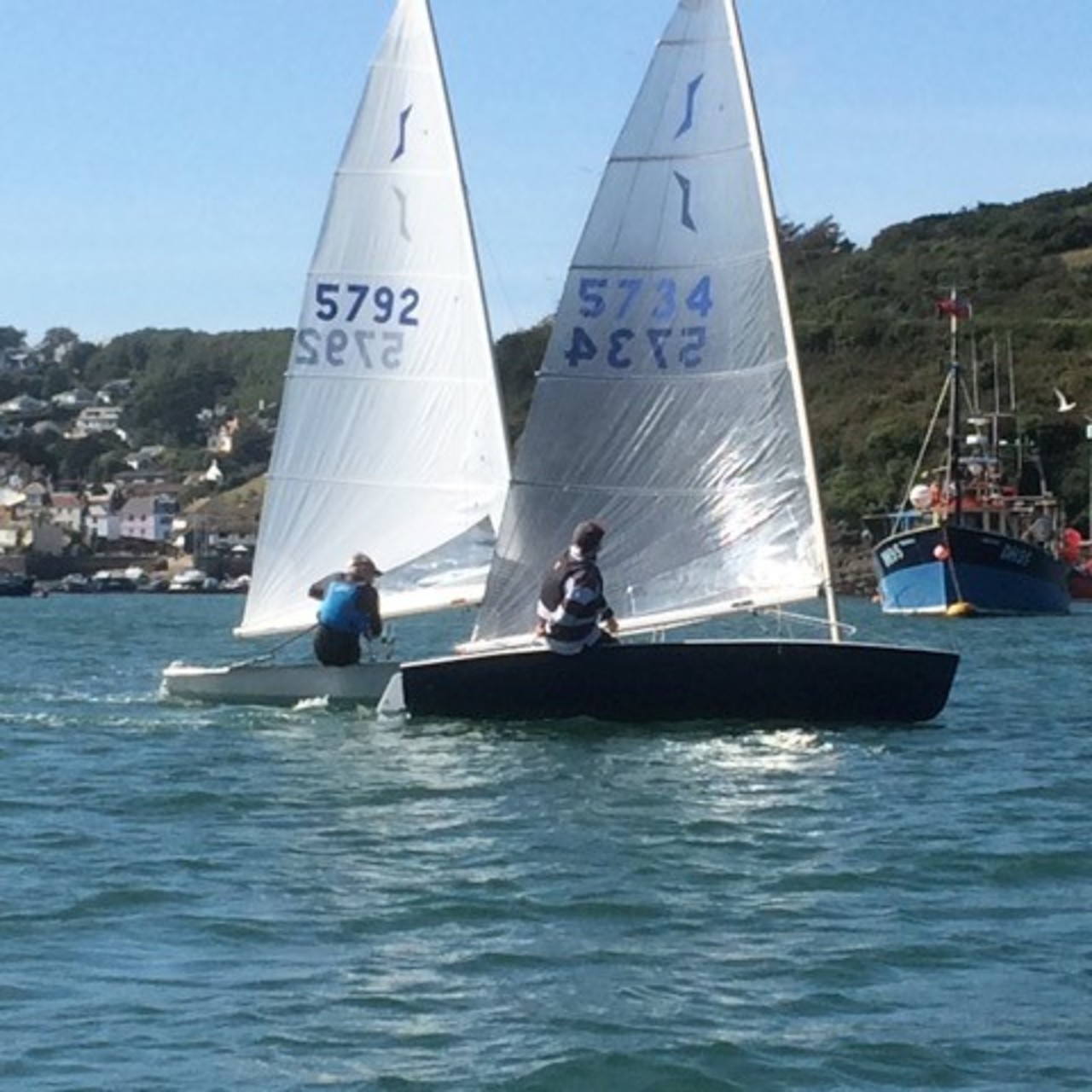 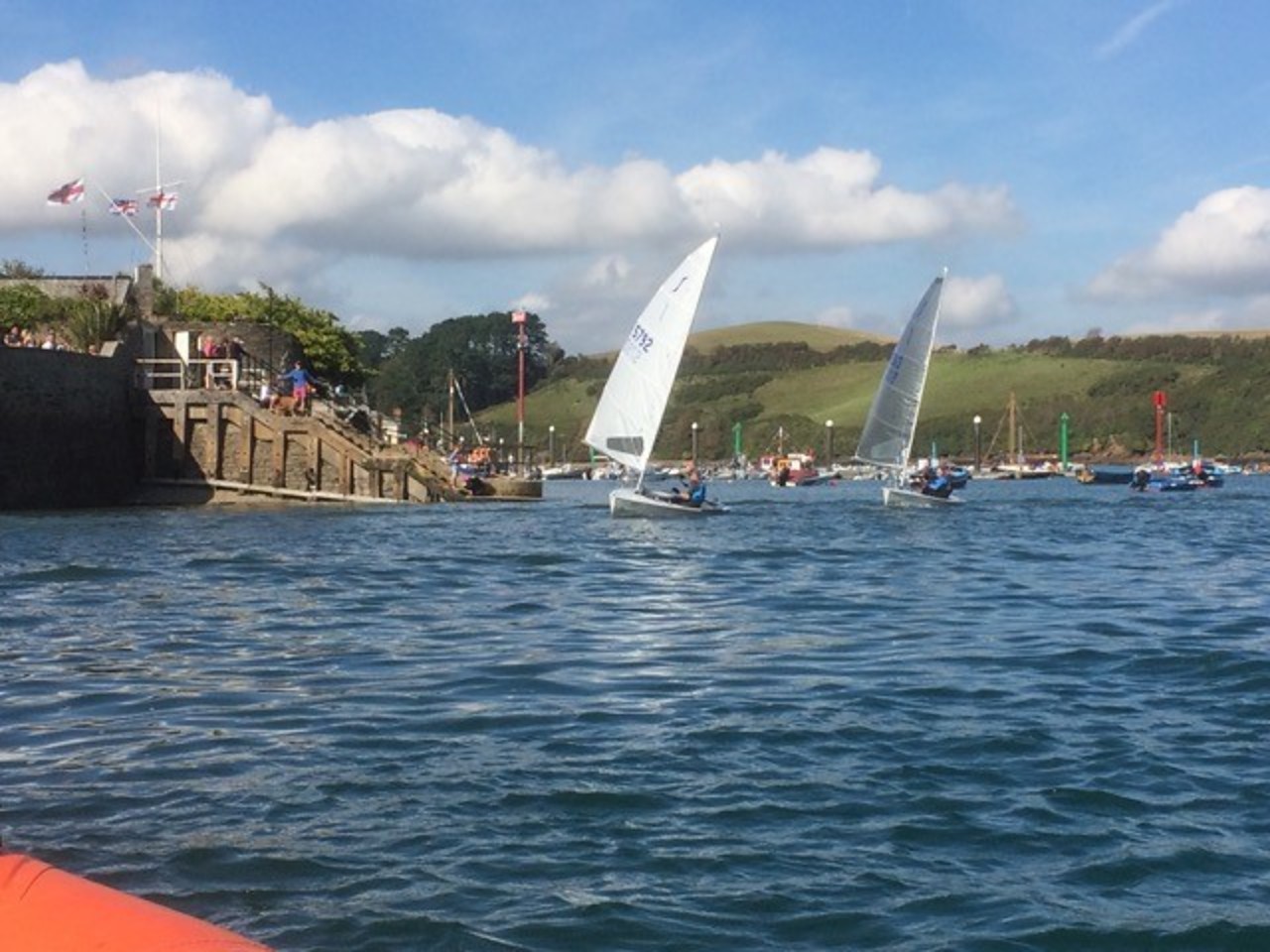