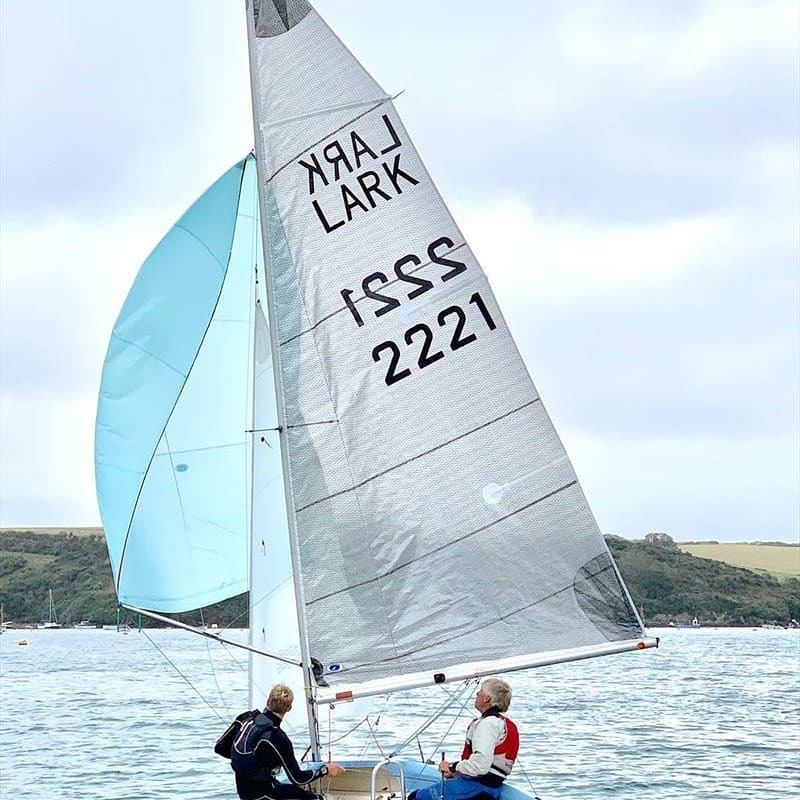 Every two years the good and the great of the Lark class gather for a one-day Masters event followed by a party and an Open on the Sunday for those still able.  Salcombe YC were again chosen to host the event providing three back to back races in the harbour and the use of their excellent club house for the evening’s entertainment.

Saturday dawned with far from auspicious conditions – flat calm and drizzle.  However, the forecast south-westerly arrived just in time for the first start and slowly built during the day, the skies cleared and by race three competitors were enjoying a brisk sail in bright sunshine.

Race one saw father and son team Bill and Sam Barker nail the start, navigate a very patchy first beat and round Blackstone first to much whooping and hollering.  On the long run down to Yalton, Tim Fells and Nicola Bass together with Will and Mandy Henderson showed their intimate knowledge of the harbour to cross the tide at the right time and extend away from the chasing pack.  Positions were held to the line with Nigel Hufton and Dougal Scott coming through to third.

Race two in a bit more pressure and this time it was Frances Gifford and Sophie Mackley who led at Blackstone and although they initially fell back into the pack on the run, they were first to cross to the town side and managed to just get an inside overlap on Tim and Nicola at Crossways.  From this point they were able to extend away in nice pressure with the Barkers coming through upwind to take second place at the line from Tim and Nicola and the Hendersons.

Race three started in a nice hiking breeze and Will and Mandy led onto the run chased by Tim and Nicola who had established a narrow lead by Snapes point.  On the fetch through The Bag the leaders raced each other into an area of the harbour near Lincombe Boat Yard where they would never normally go.  Frances and Sophie also decided to join in this madness, leaving the door open for Chris Ellis and Judith Young to sail the official low route and establish a healthy lead at Gerston.

Sadly for Chris, and a salutary reminder to all us Grand Masters, his pain killers started to wear off on the beat home leaving him with a locked up back and barely able to tack.  Frances and Sophie hunted down the wounded beast to take the lead and as Tim and Nicola also came through to challenge, put a close cover on them for the remainder of the race, enough to take their second bullet and the Masters title. Nigel and Dougal got their act together to take third ahead of the Hendersons who had sailed themselves into last at one point, much to Mandy’s disgust!

All together it was a great day of close racing on the beautiful Salcombe harbour. Salcombe YC were great hosts and put on an excellent dinner in the evening.  Tim and Frances now have much to discuss when they reunite their team in the Merlin next weekend!

3rd and 2nd Grand Master – Will and Mandy Henderson 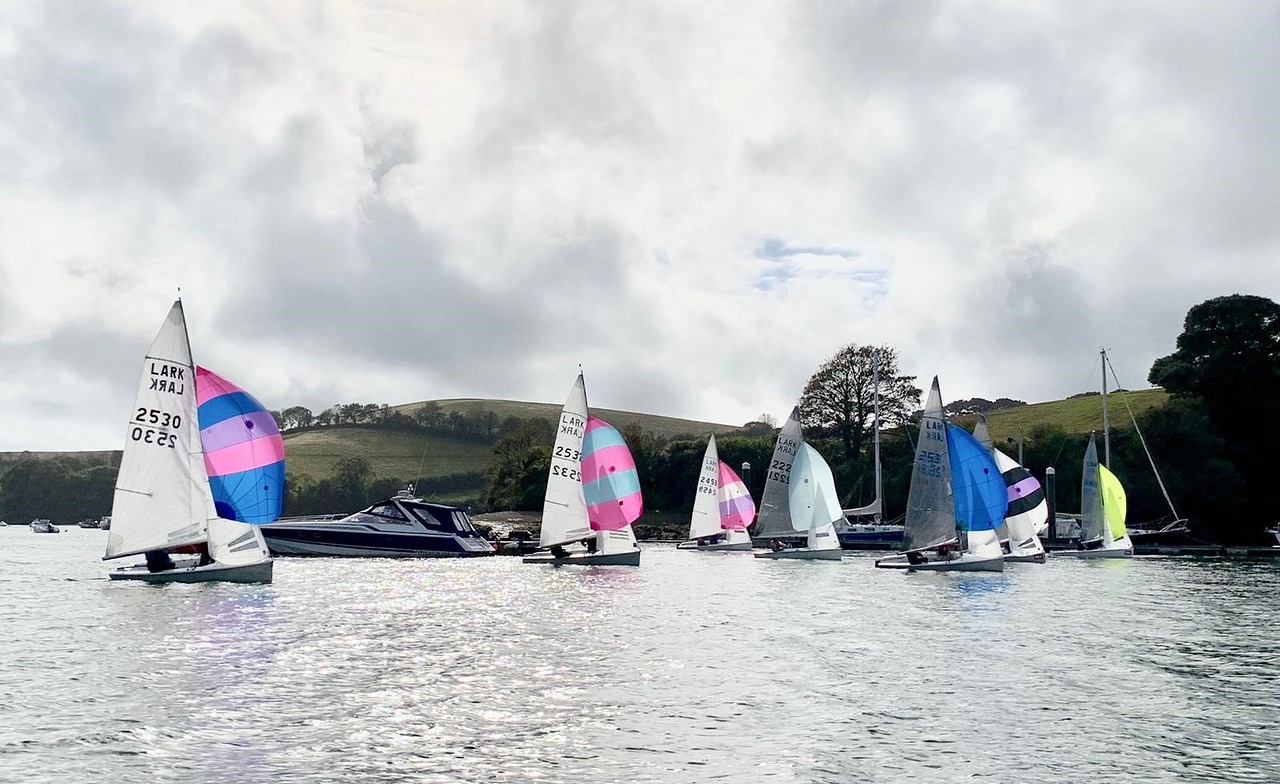 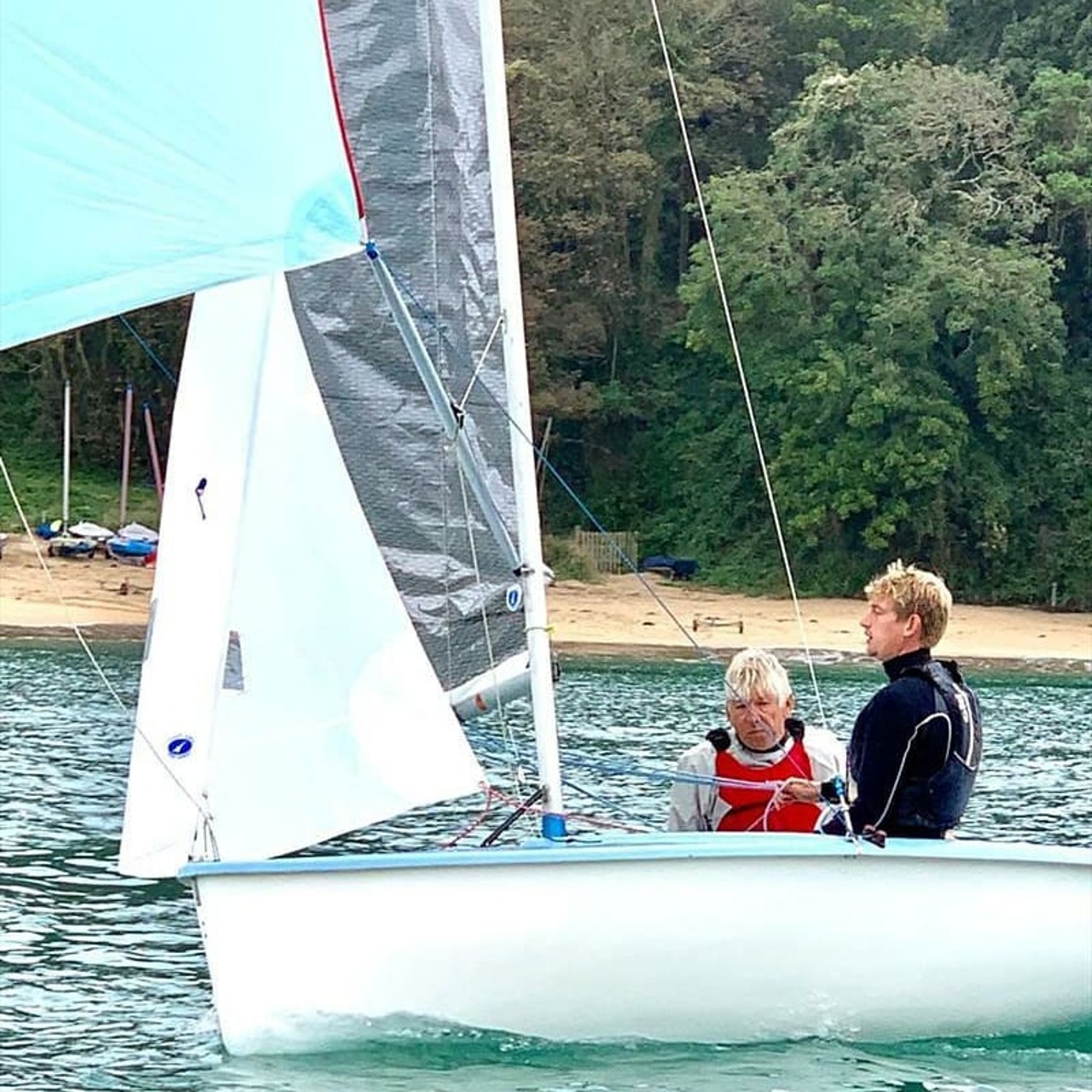