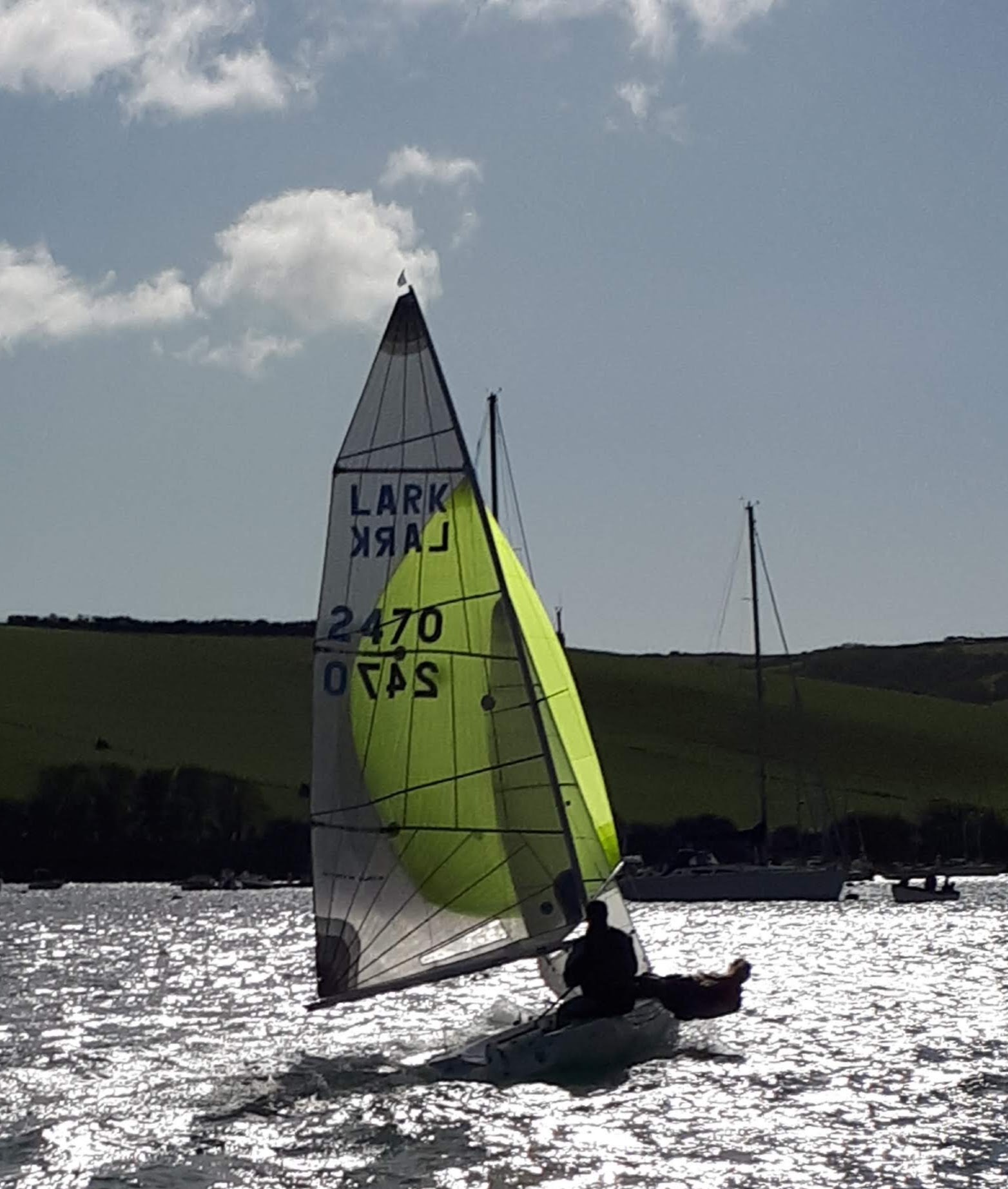 After Saturday’s Lark Masters event, the stalwarts returned to the fray for the Open Meeting on Sunday 6th October.  Three races were planned, which caused some trepidation for the more senior sailors!

With glorious sunshine and strong winds forecast an exciting day was anticipated. However, once reaching the start line in the estuary it became evident that the swirling Salcombe winds were in play.  The OOD sensibly set the course away from the main part of the estuary and the first race took the fleet towards South Pool on the rising tide.

Race 1 started in a tricky wind with all trying to guess where the wind would fill in first.  However, once clear of the ferry, the fleet found more constant wind, with Sam Barker (now helming for his dad, Bill) finding the best breeze to plane towards number 4 mark at South Pool. The beat back to Crossways and Number 3 mark consolidated the positions with Nigel Hufton & Dougal Scott in 2538 trying hard to wear down the leaders. Another fast run back to mark 4 provided a respite before the beat back to the finish line. Once at the ferry, the leaders hit the ever-present doldrums, allowing the back markers to catch up - but the two leaders held their nerves to finish in the same order.

Race 2 provided a change by exploring more of the higher estuary to mark 5 at Saltstone. The start was a similar guessing game and this time Nigel & Dougal made no mistakes and led virtually the whole way around. The Barkers followed close behind, pulling out a reasonable lead over the rest of the fleet. Tony Hotchkiss & Sam Blocksidge in 2532 withstood the pressure from the following boats to finish 3rd after another tense moment in the finish line vortex.

Race 3 was delayed due to a hint of a sea breeze, but this disappeared and so the course was set upstream on a slack tide towards Kingsbridge. Three boats managed to get away from the line and had soon pulled a large distance away from the remainder of the fleet. Nigel & Dougal soon managed to ease past Tony & Sam & then the Barkers to take the lead which they never squandered. A fetch to Gerston Point at number 7 mark was rewarded by an amazing spinnaker plane from 7 to 5 where a failing shroud put paid to the mast in the Barker boat. This promoted Tony & Sam in 2532 into 2nd place which they held to the finish.

Salcombe is never boring and Sunday’s racing provided everything from the most exhilarating to the most frustrating but in glorious sunshine where else would any of us have rather been? 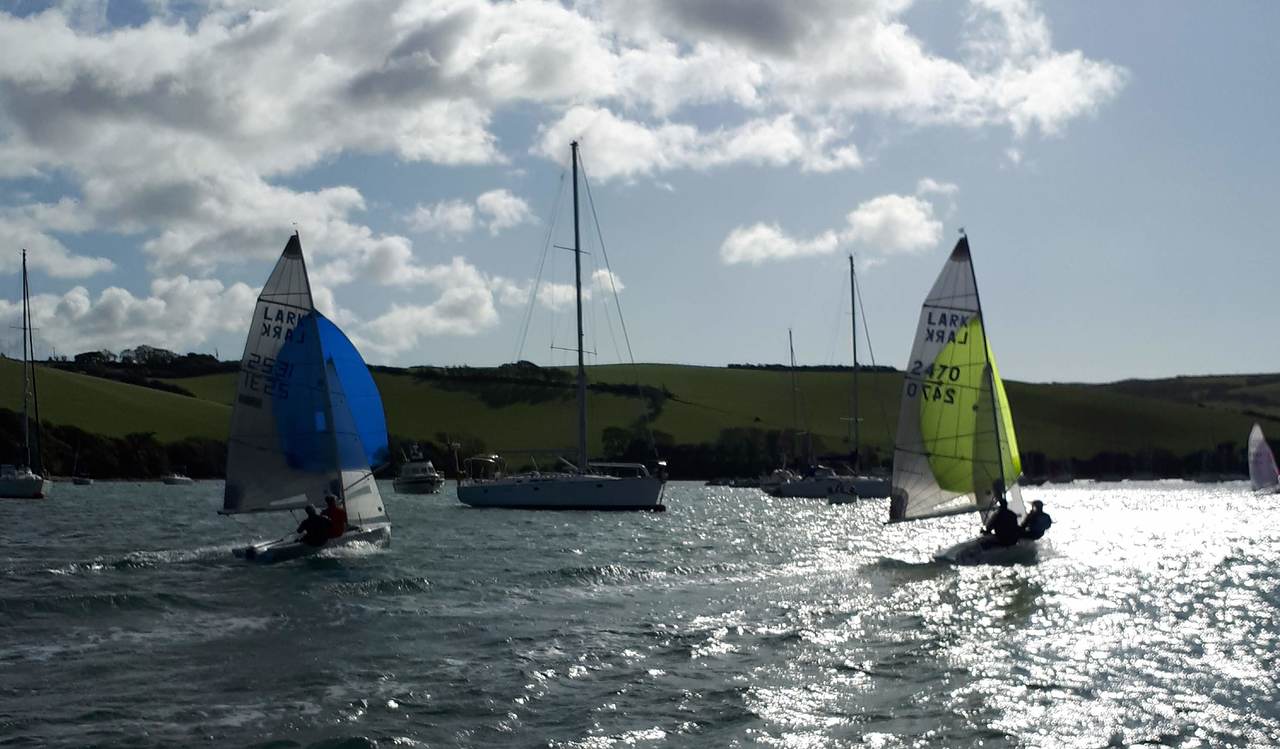 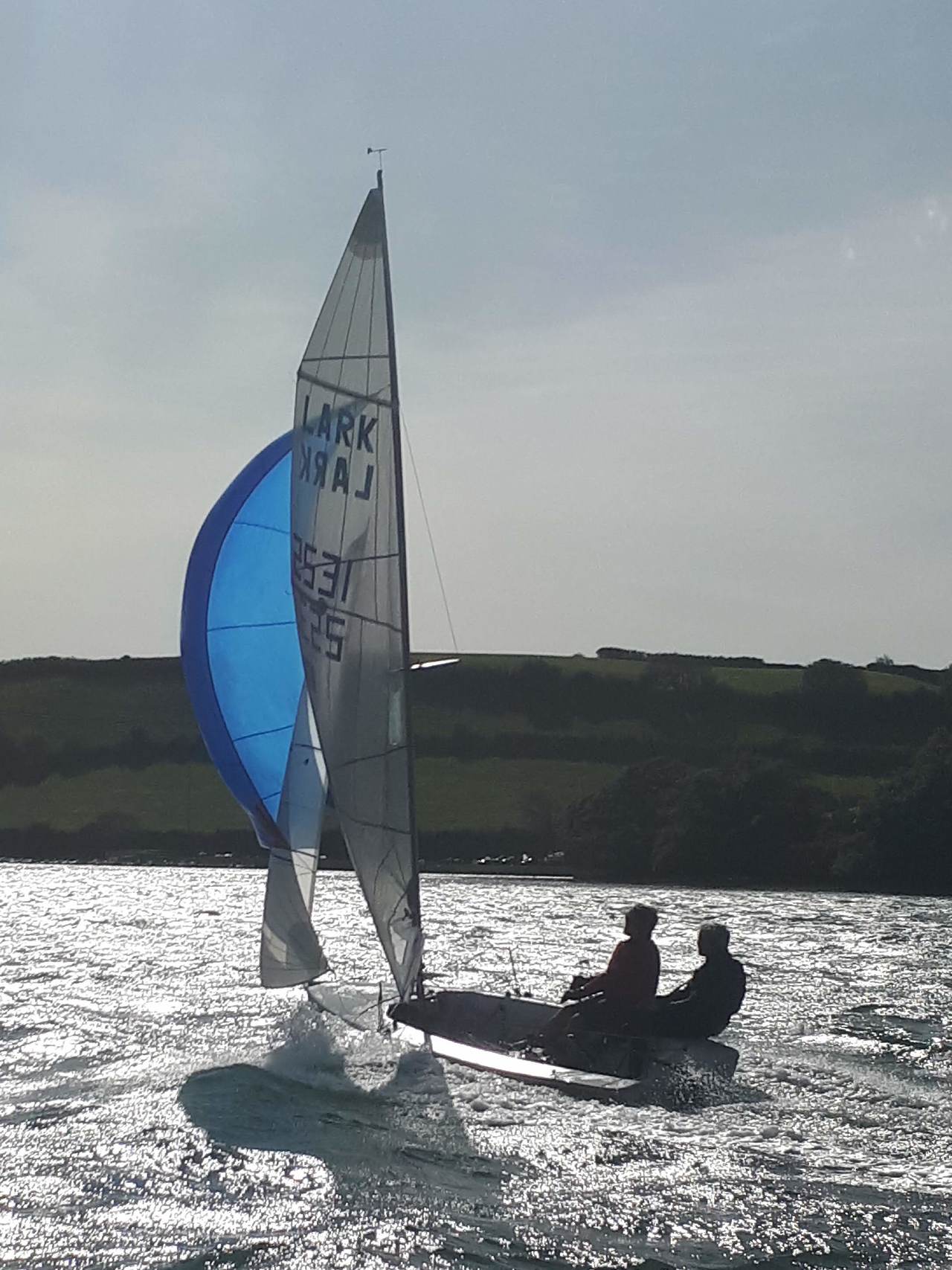 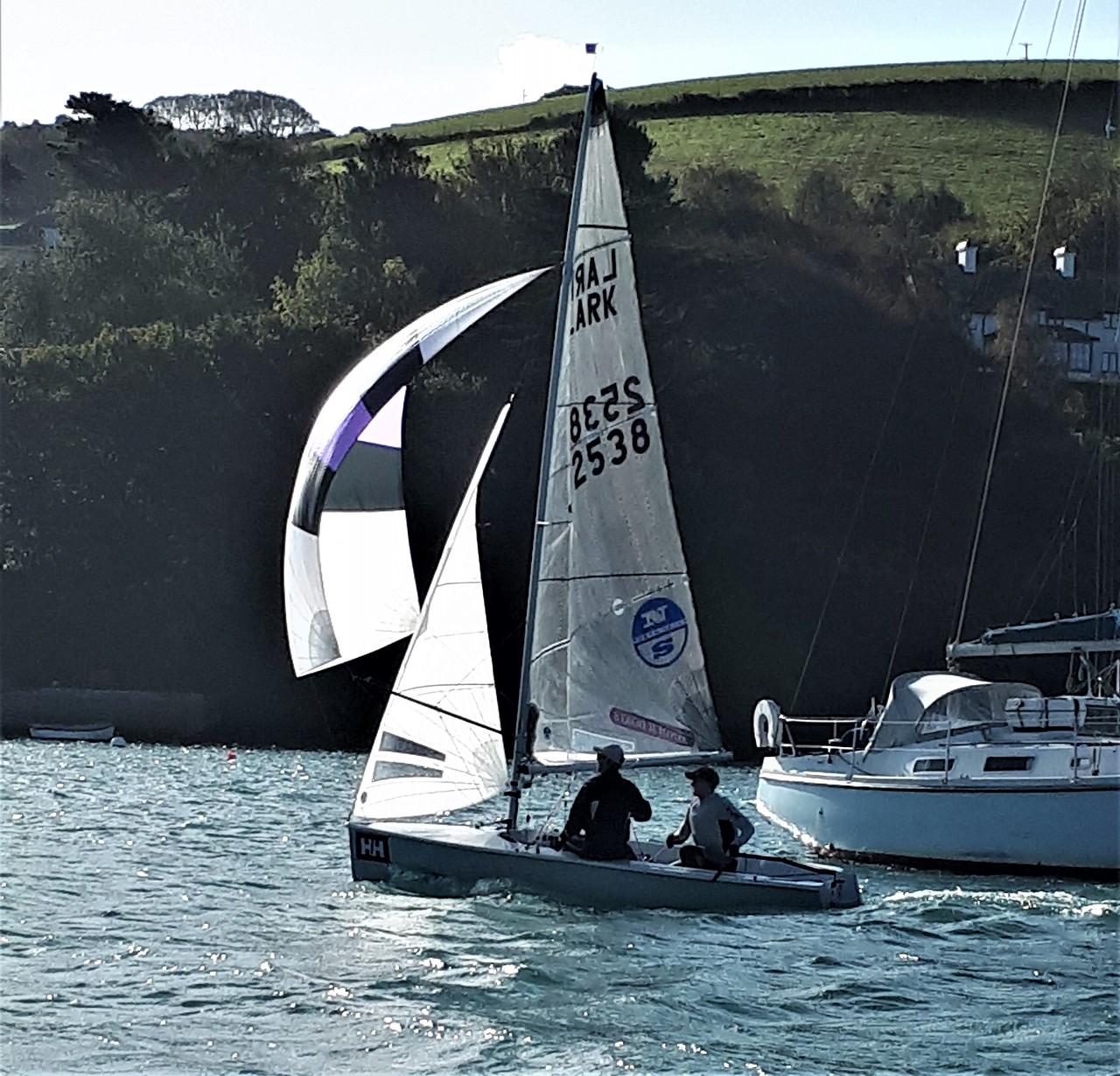