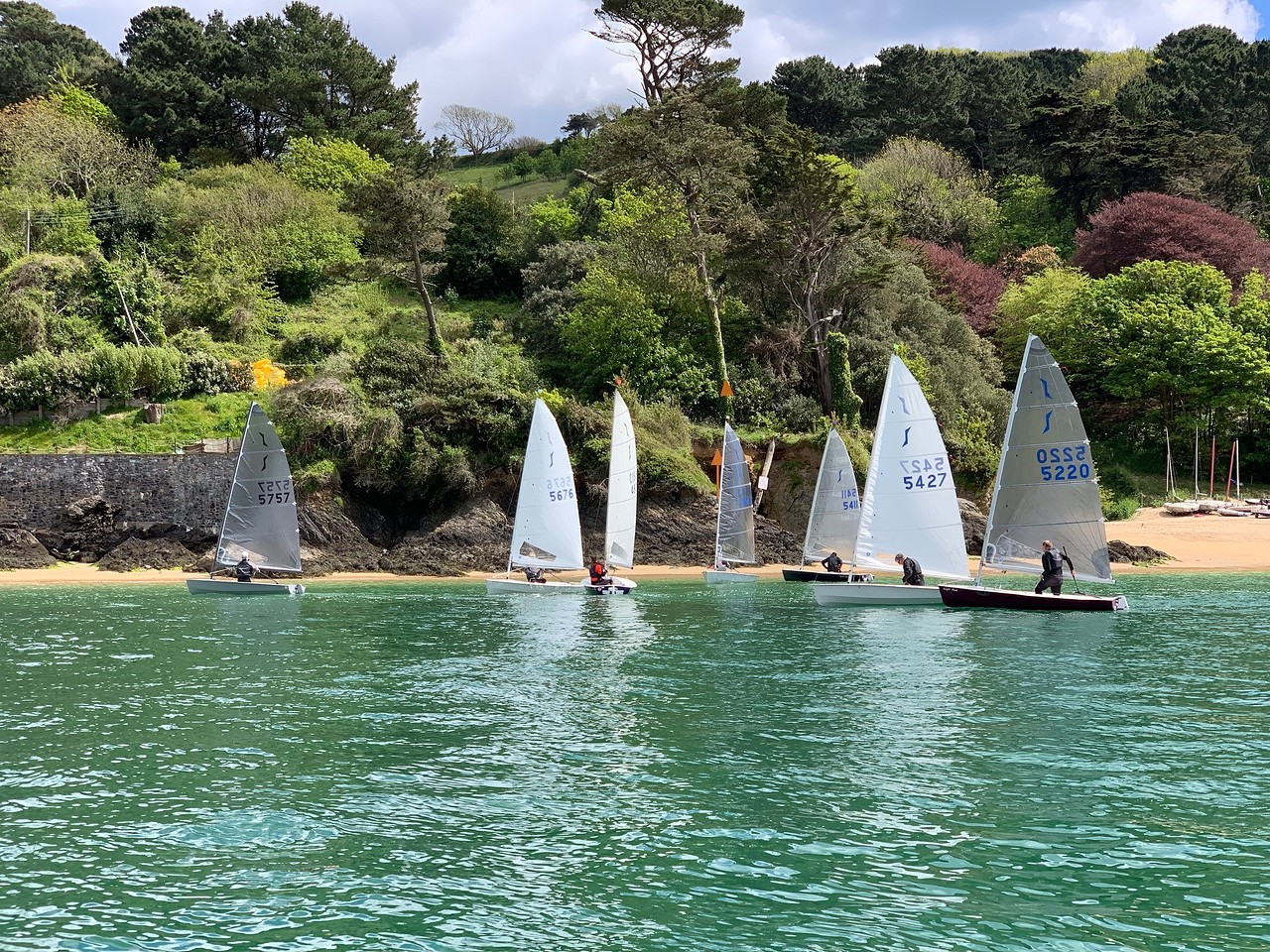 Some us went racing in the Salcombe Ria on Saturday 11th May. Those who did, were in pursuit a pinnacle of sailing achievement, much as headlined actually. Namely: The Salcombe Sailing Club Series 2019. Race 3. Your correspondent is charged with the task of reporting upon this, to the waiting world.

In a quest to avoid undue extemporisation of the facts, we will confine to remarking that:

First away were the Cadets, against the briskly ebbing tide. Some cadets certainly started and finished ....

Happily, we have the published results for the Medium handicap. Your correspondent did also witness the scampering away of Tim Fells in his Aero 7 blitzing his competitors by er, nearly half an hour? This is sobering management information for his competitors. Tim may have some handy tips for those trying to beat him, he being a man of considerable experience and success in many classes notably the Merlin, B14, Lark and SB3. Worth the question of him. If any consolation, this is the minimum margin one might expect to be beaten by Tim and Fran Gifford, when racing against them in a Merlin, so do not be dismayed.   Easy to say, admittedly.

Ben Meek no mean talent, was second in a Laser 4.7 thence by Clare Booth also in her Aero 7.

One can report more accurately on the outcome of the Fast Handicap race. Cleaves won in his Phantom. This he did, in complete compliance of the Racing Rules of Sailing; we learned later. Bruce Hattersley, edged Fiona and Graham Cranford Smith in their Merlin by one second on handicap.

Solos are the staple of Salcombe Yacht Club though numbers are a bit down on times of yore.

This is a bit concerning to contemplate. Nevertheless, though derided by some as being slow, Solo racing is undeniably and brilliantly close. Being class racing it is also to be cherished. Not so often troubling the scorers, but nevertheless reliable regulars, we would like to recognise here Geoff Allen, Roger Pope and Stuart Cartwright who usually compete each week, come what may. It is also gratifying and excellent to see the return of Jonty White to a Solo after a protracted and very serious illness.

Simon Dobson, fresh from a hat-trick of wins the preceding week in his Yawl, claimed first in the Solos over Robin Hodges, who is sailing very well presently. He was followed by Andrew Bourne, another class stalwart. 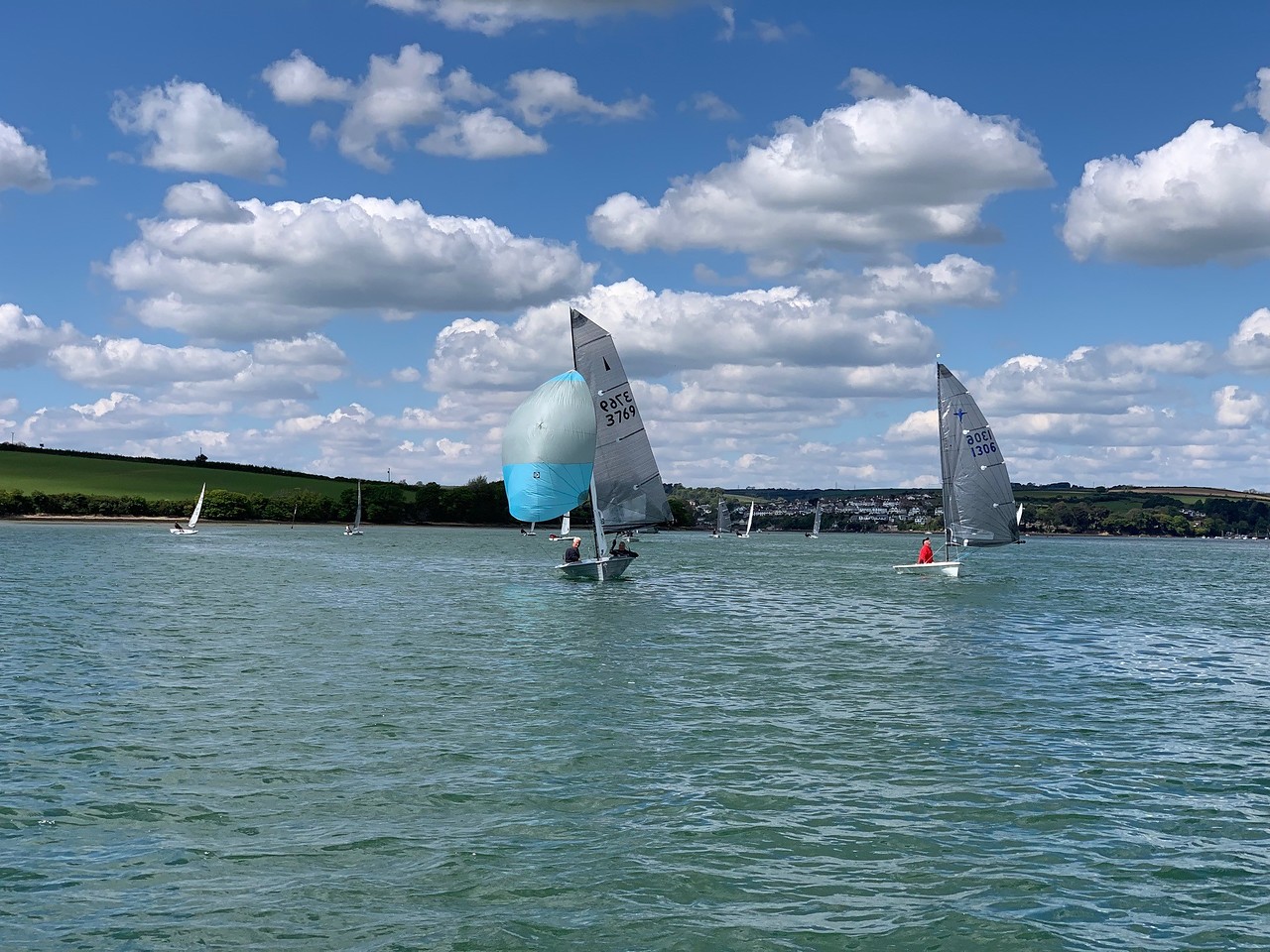 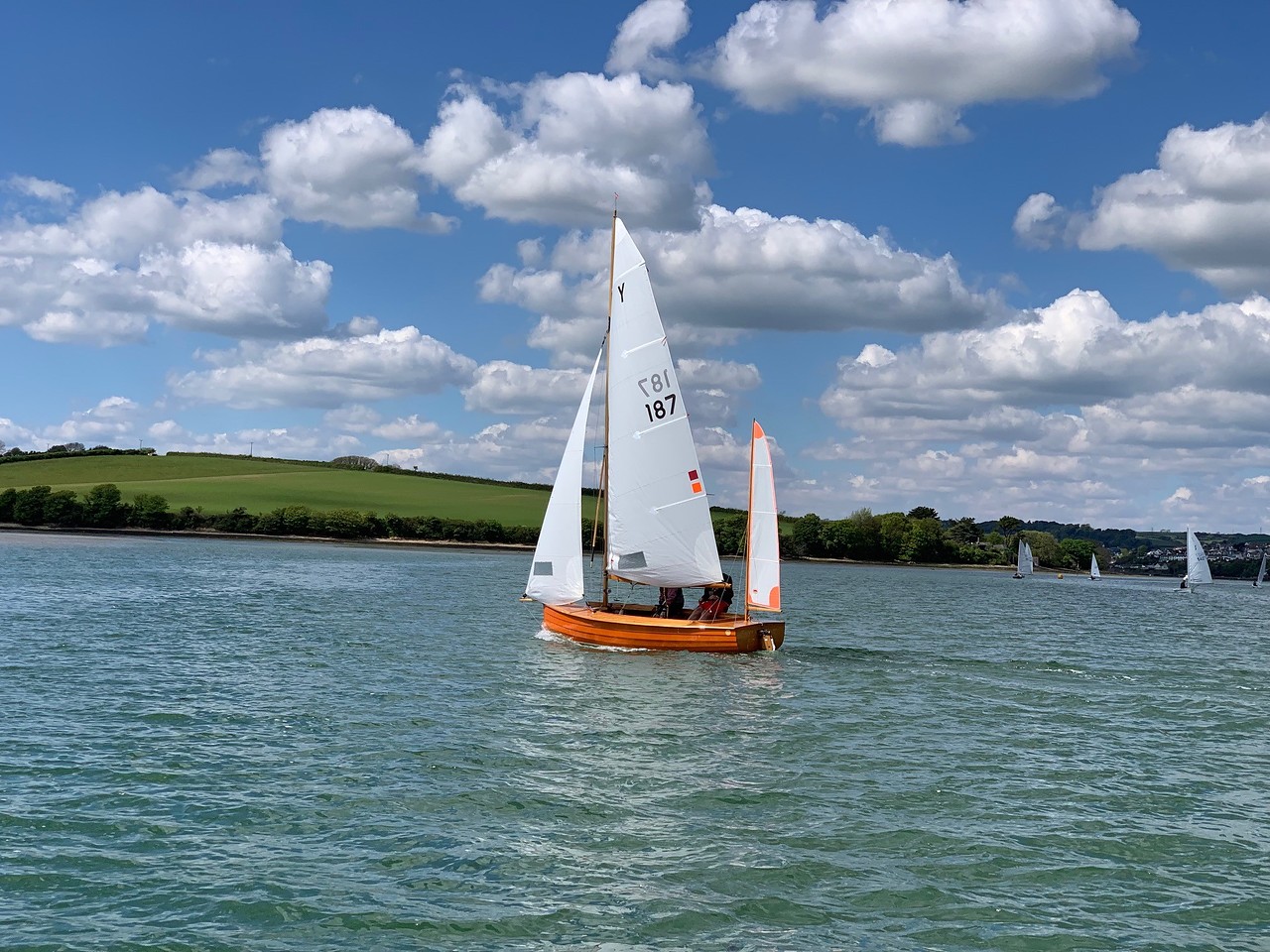