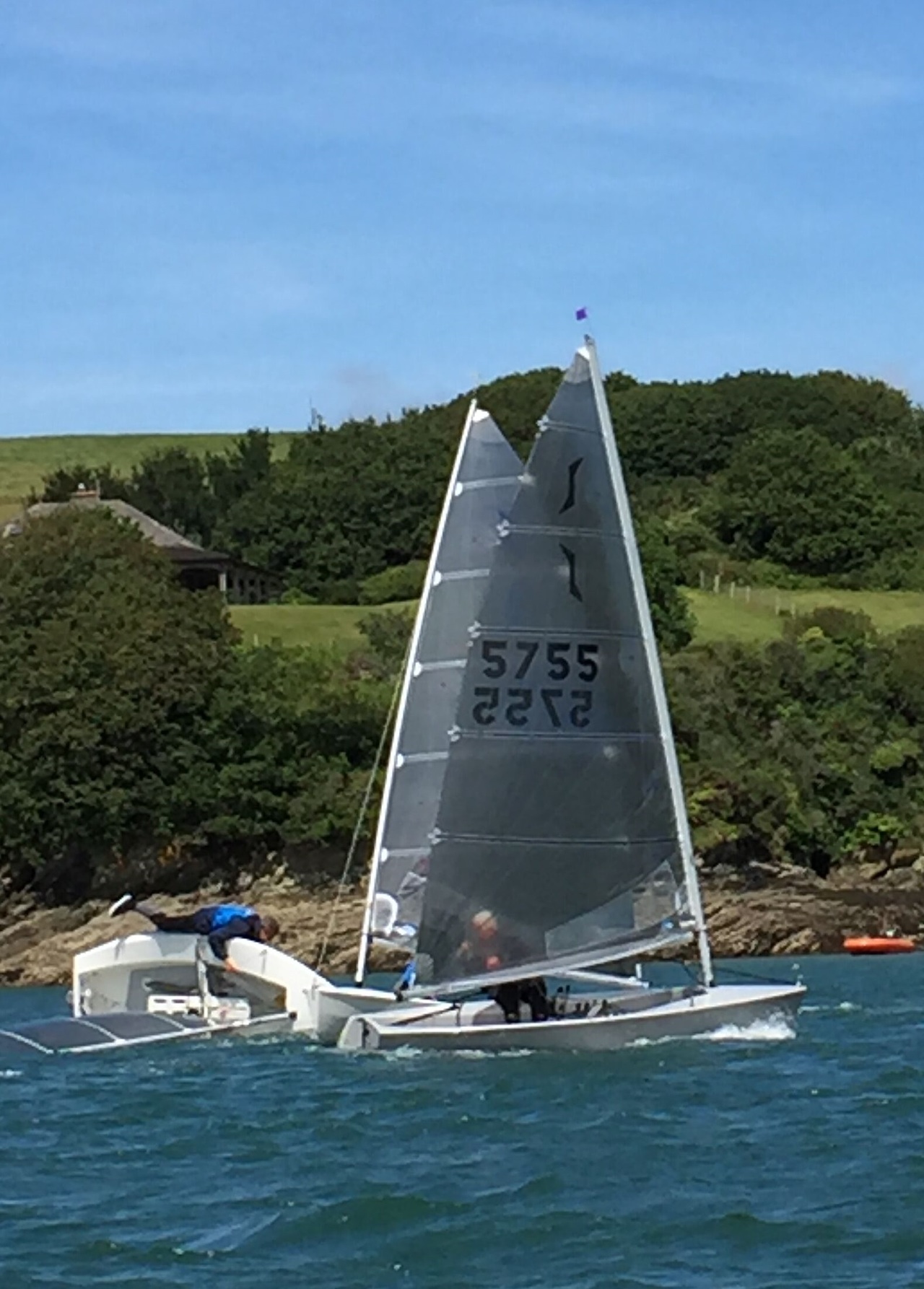 With a Force 3 Easterly and the beginning of a countering sea breeze Race Office Andrew Wood wisely set a course for the competitors on the third race of the Salcombe Yacht Club Summer Series that avoided dead zone, by keeping the fleets to the north of Millbay.

First away were the Cadets, with seven boats beating off the Portlemouth shore against the ebb tide, the Topper of Dom Holt Wilson and Freddie Reynolds emerging in first and second on corrected time ahead of the RS Quba of Will Keatley who was first to finish on the water.

The Medium Handicap fleet is now largely populated by Lasers of various varieties sailed by graduates of the SYC Cadet and Ladies that Launch programmes, with the Laser 4.7’s of George Alexander and Ben Meek making the most of the two way planing reaches across Widegates to take first and second places with the Laser Radial of Ru McColl rounding off the podium.

Alistair Morley turned up to the Fast Handicap starting area uncharacteristically early, which offered little chance to the other three Phantoms in the ten strong Handicap fleet; the four Phantoms found the course particularly to their liking to secure the top four places ahead of the Merlin Rocket of AJ Squire.

Fifteen Solos crowded the Portlemouth end of the starting line, and when the shouting started, Graham Cranford-Smith, Simon Dobson, David Greening and Simon Yates made a speedy exit to the Town side of the harbour and were to eventually build up a healthy break from their pursuers by Gerston.  By the penultimate mark, Dobson was leading, but left sufficient room for Yates to gybe and capsize inside of him, allowing Greening through to second place, and Cranford-Smith and Yates to finish an unbreakable third at different ends of the line.

Having finished repairs to their mast from damage the previous week, team Saga, Geoff Gilson and Chris Spencer Chapman reached the Bag, ahead of husband and wife duo Stephen and Lesley Galvin, and built up a sufficient lead as to take the Yawl win.

After racing, the crews of the fifty or so boats that were racing retired to the Yacht Club terrace to enjoy a Bar-B-Q, live music and sundowners! 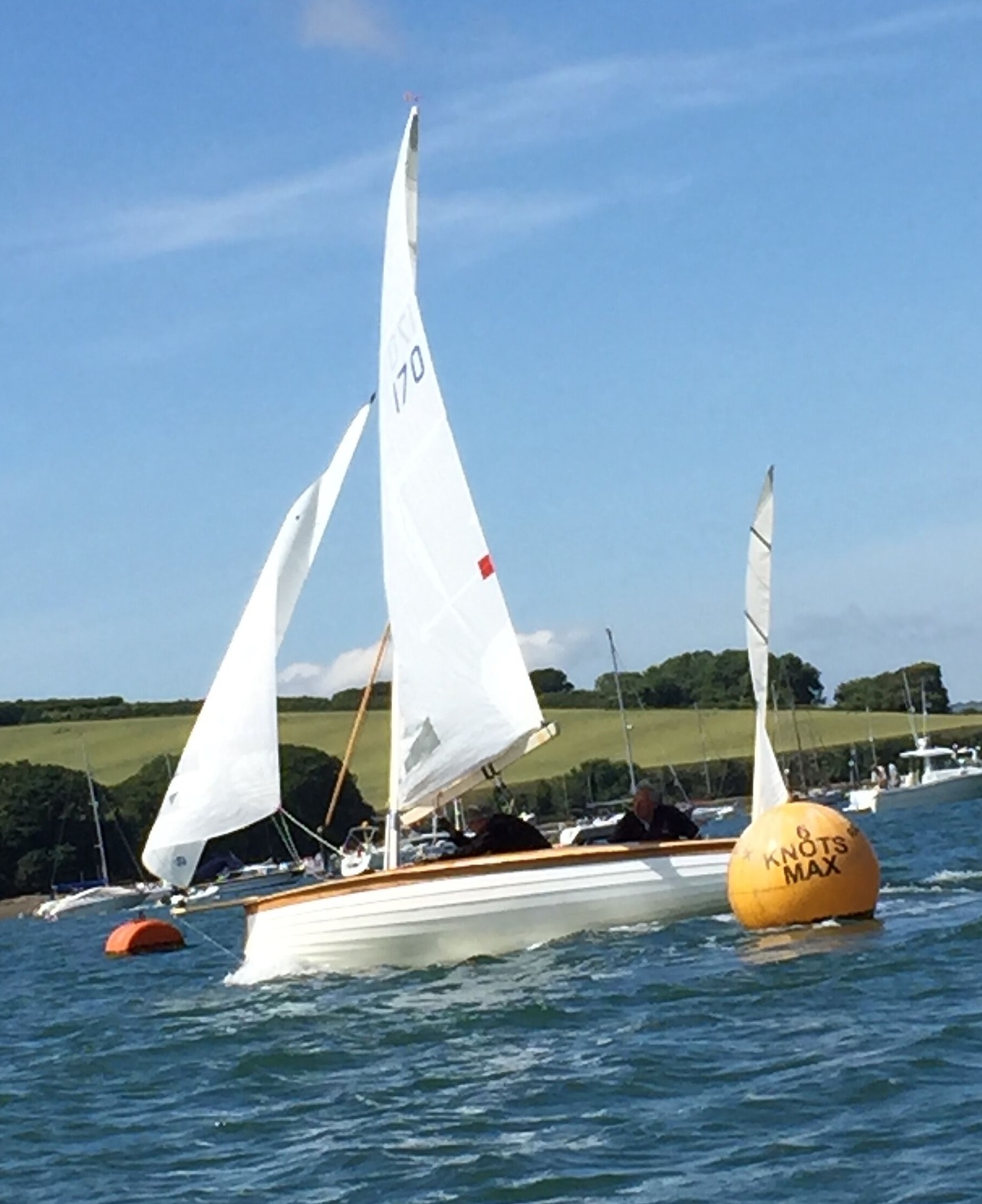 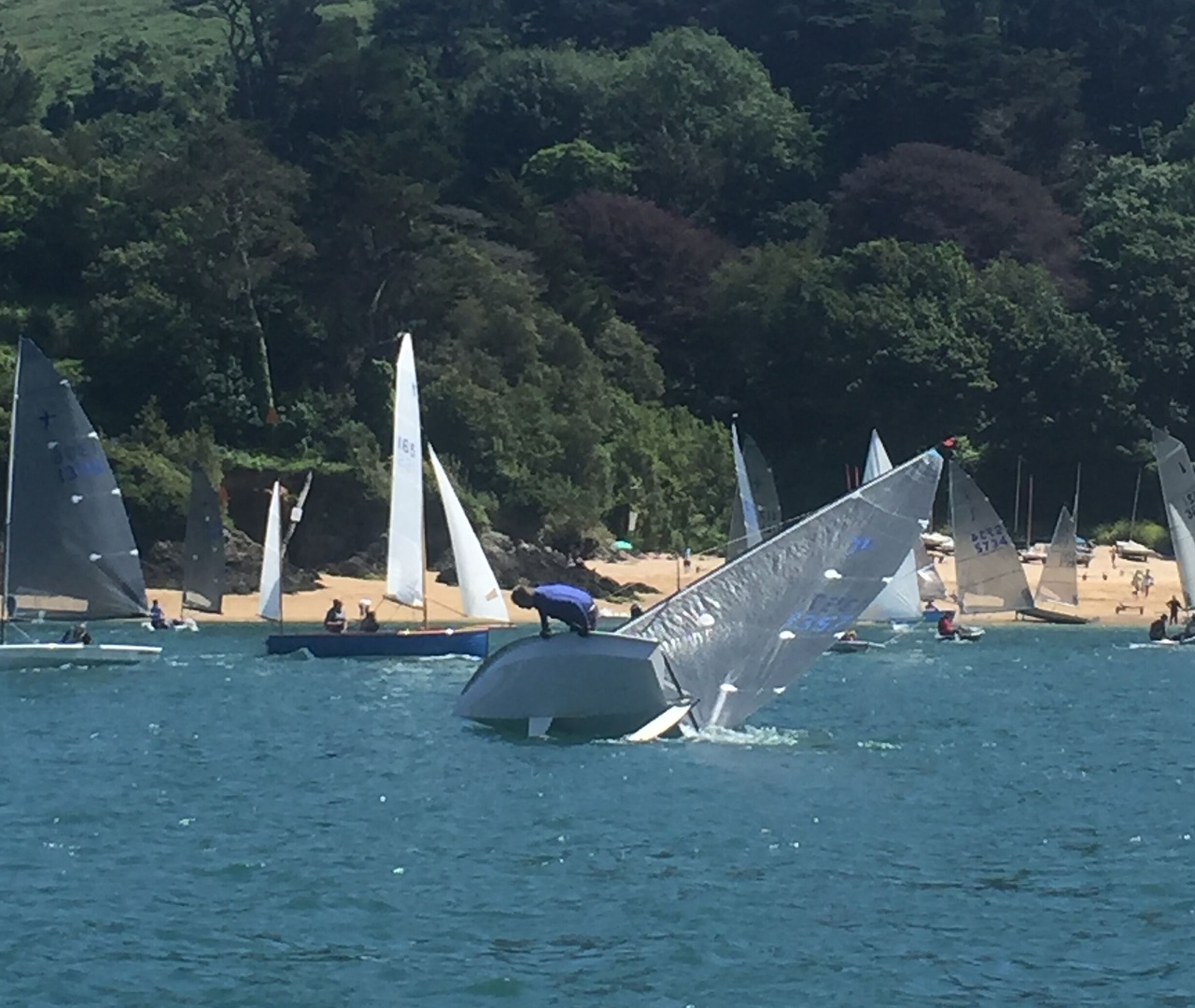 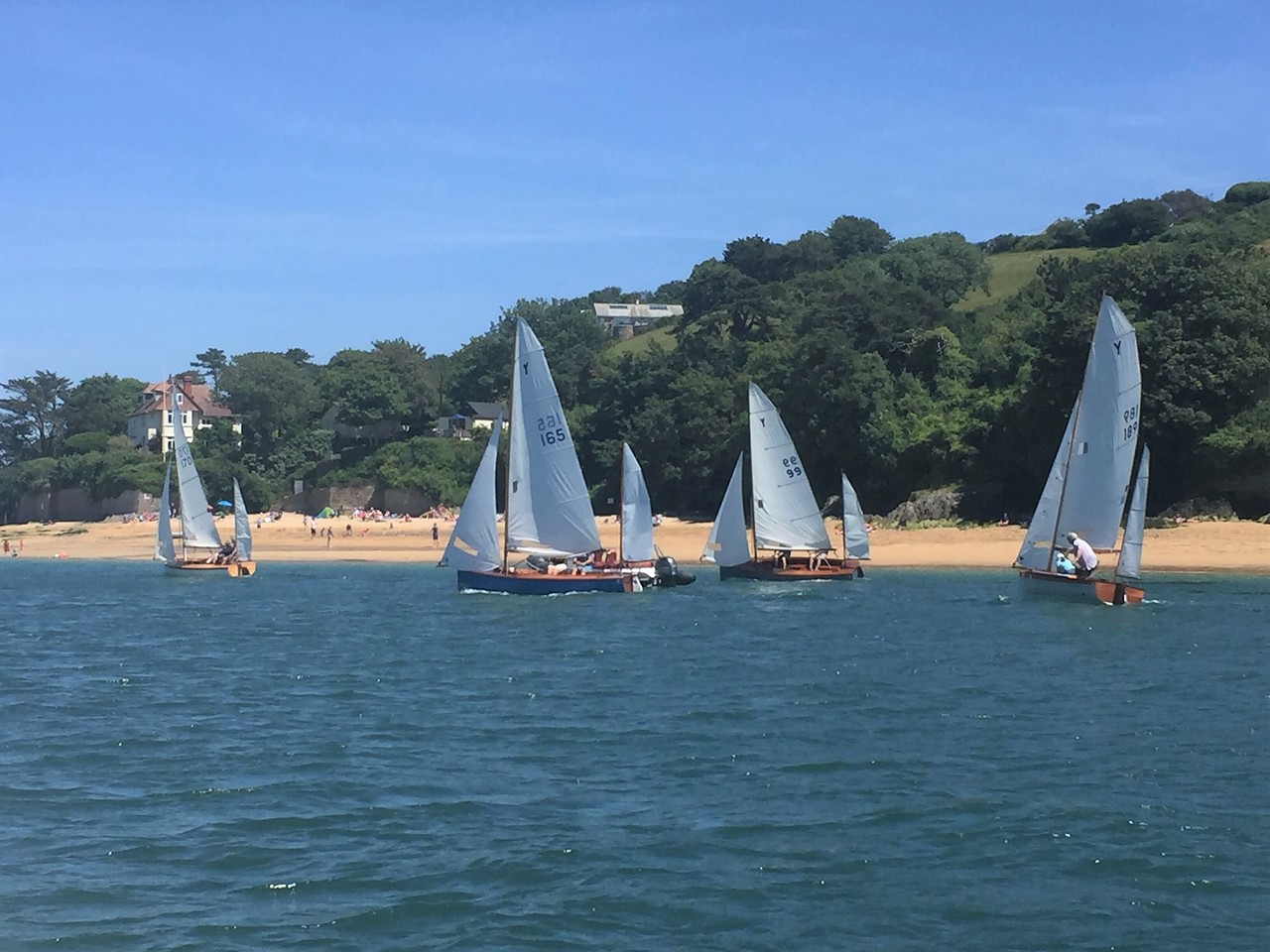 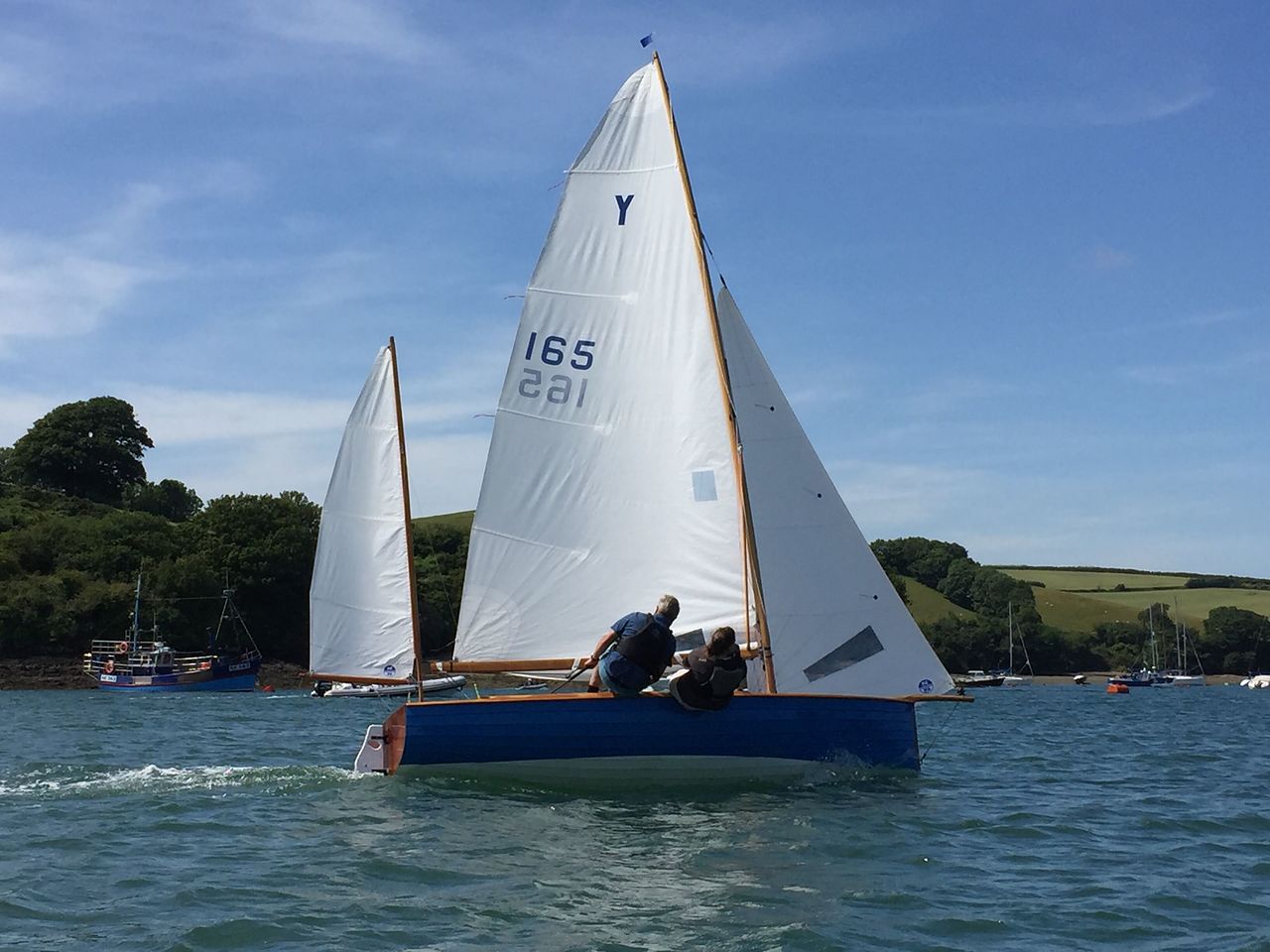