There were 7 starters for the second instalment in the Sailing Club Series on Saturday. 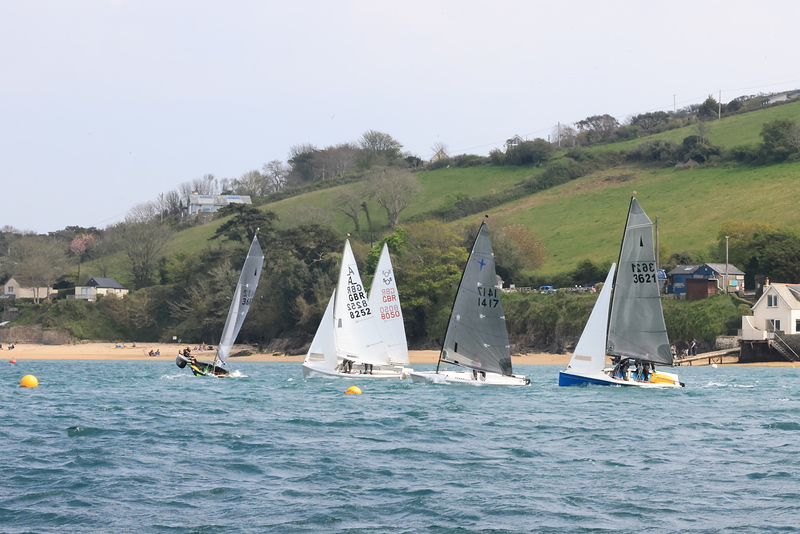 As with handicap racing, with the various different class of boat, it meant that the fleet were soon spread out all over the Estuary.

Ultimately though, it very quickly turned into a three horse race, Peter Colclough and Alistair Morley in the 505, Ross Borne and John Burn in the Merlin Rocket and Tim Fells with Ben Meek in the Lark.

Ross and John seem to find another gear when the wind blows and, even after very nearly loosing their rig as they steamed into Mark 2 for the last time, bagged themselves 1st place. 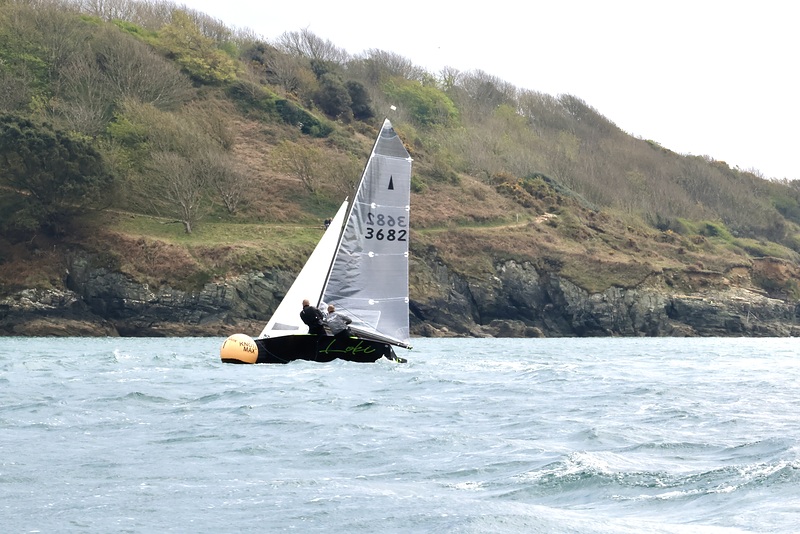 Tim and Ben came home 2nd with another polished performance. 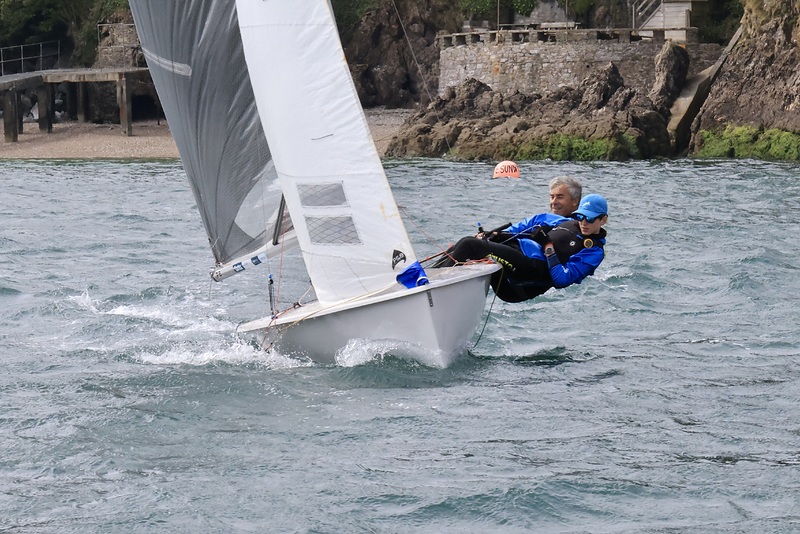 Peter and Alister (counting their laps correctly this week) finishing off the podium places taking 3rd. 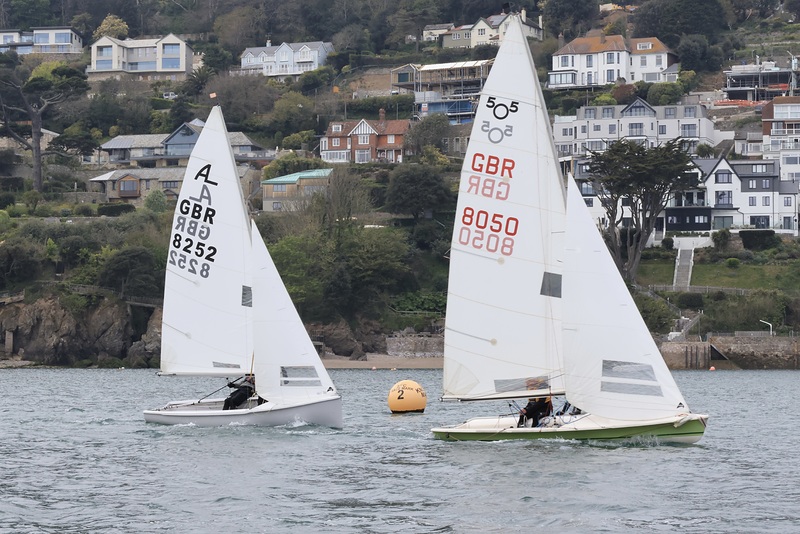 Thank you Paul and the team for another great race. 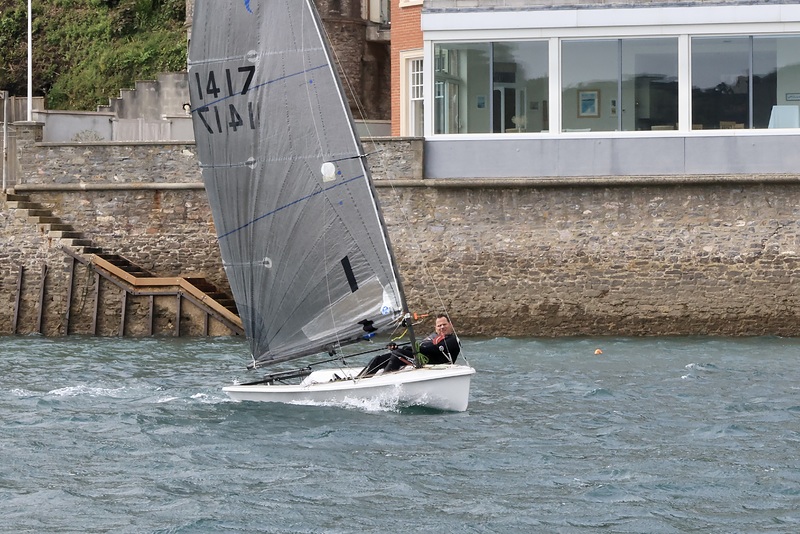 12 Solos lined up for the start of race 2 of the Sailing Club series.

A strong but shifty north easterly and a fast ebbing tide saw the fleet short tacking up the Portlemouth shore after the gun with most electing to cross to the Batson side once they could lay the north end of the Fairway. 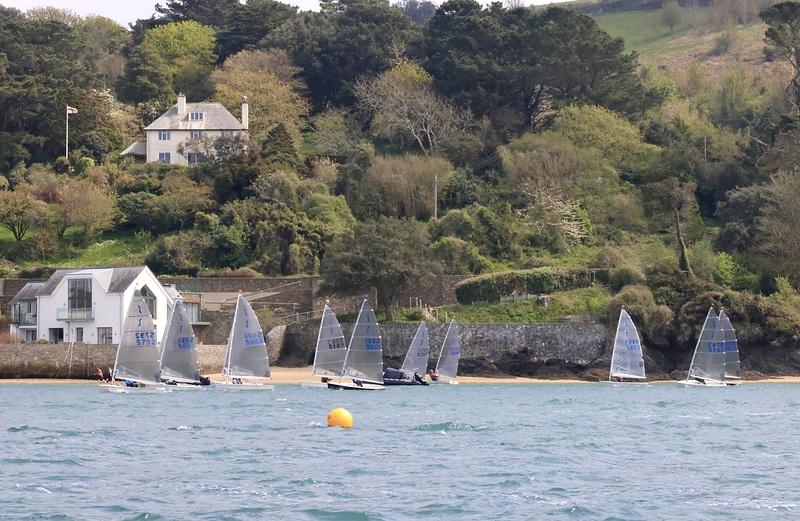 From there, some continued to work up under Snapes whilst others chose to cross early to Ditch End. It was the latter strategy that proved successful with David Greening rounding Crossways with a decent lead. 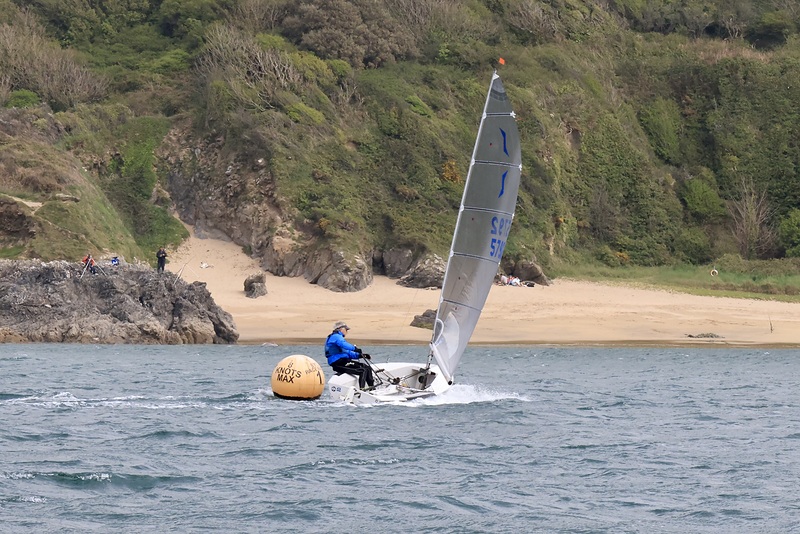 Martin Hodgson, Billy Jago, Robin Hodges and Simons Yates and Dobson were closely bunched in the chasing pack on the way back down the harbour. 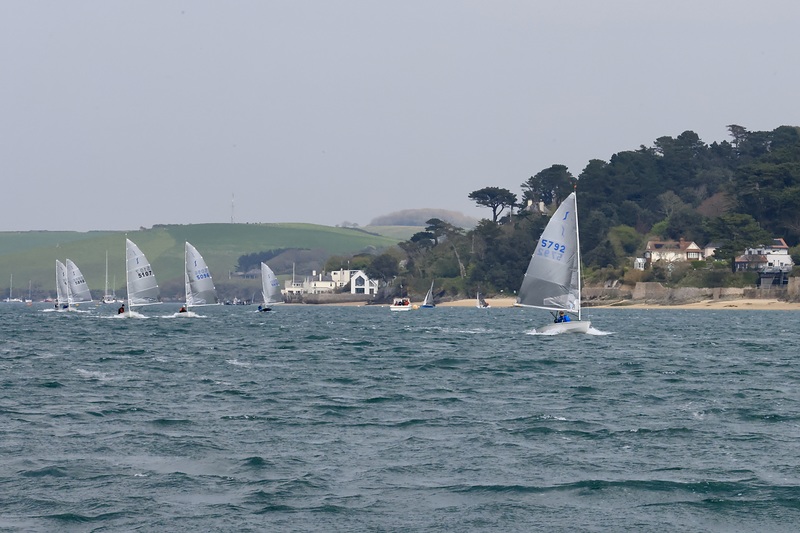 On the testing beat against the tide from Blackstone back to Crossways Simon Dobson pulled through into second and eventually first by the windward mark and he and Greening now had a bit of separation from the rest of the fleet. 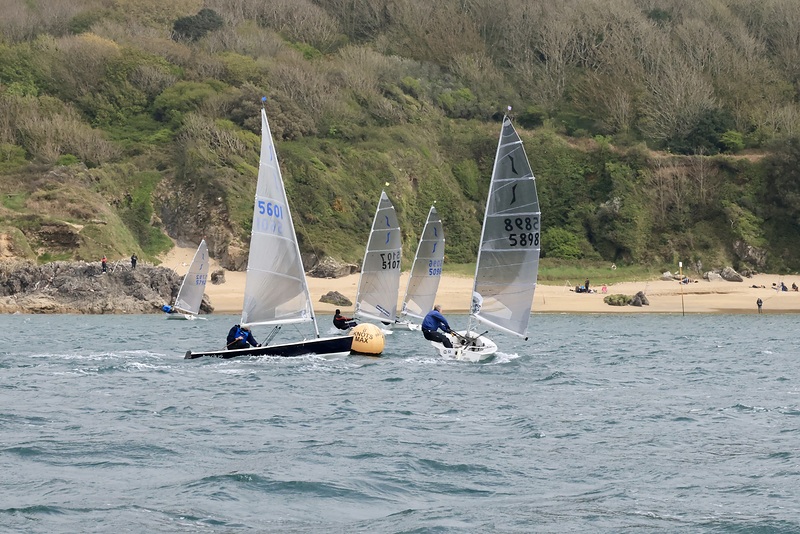 Meanwhile a right old dogfight developed for the minor placings. Jago looked to have secured second until he hit the sand on the last beat. In the end the Race Officer called it as a dead heat between Dobson and Hodgson for second place with Jago half a boat length behind them and Hodges a further boat length back - a close finish to the best part of two hours racing! 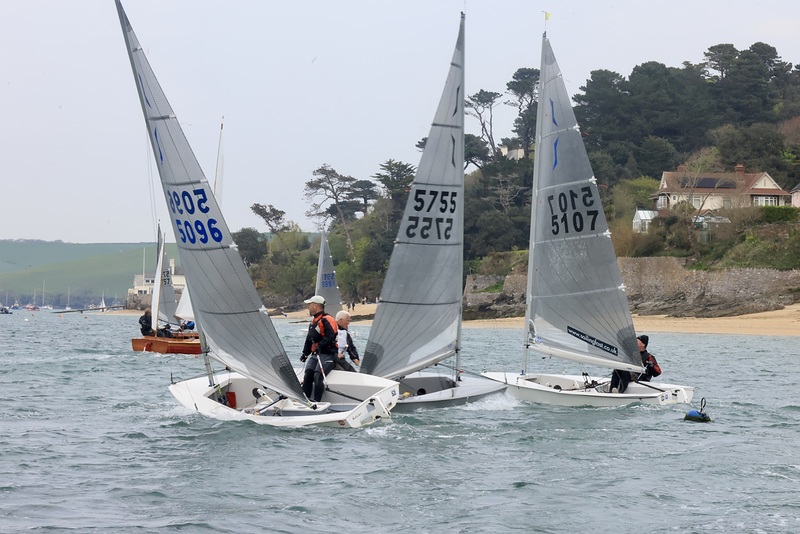