There was a huge mix of sun, wind and rain during the 124th Salcombe Gin sponsored SYC annual Regatta and the 183 competing boats in sixteen different classes were challenged on the water with plenty of navigation decisions in a busy estuary with a predominantly blustery and unpredictable strong wind blowing from over and around Salcombe. Two days were lost because of high winds, however the remaining four days sailing was action packed with each morning and afternoon class sailing four races.

The local Salcombe Yawls occupy a special place in the Regatta and the fleet is divided into Gold, Blue and hot shot Red fleets. All fleets are in a currently healthy state and the morning Gold fleet enjoyed competitive racing with some teams showing sensible discretion not to race on the particularly windy Sunday. At the front end of the fleet Darius and Jane Panahy had to win the final race to score overall victory from Adrian and Lisa Simpson. The afternoon Blue fleet Yawls were also closely contested between Andrew Wood and Tim Petit and the East Portlemouth combo of Michael Knowles and Mandy Henderson, with "Woody" emerging overall victor, although both teams had two wins each. The Hot Shot Red Fleet is enjoying a renaissance at the moment with boats changing hands and new top helms joining the fleet. There were also a number of high profile "guest" helms competing in the 23 boat fleet, however by the end of the Regatta there were to be no surprises with Will Henderson and Jim Stone winning the beginning of the week races and winning overall from Paul Ellis and Martin Beck in second and Simon Gibbons and Andrew Read in third. Alistair Morley in Charles Thompson's Yawl "The Great Bustard" showed signs of his undoubted sailing brilliance by securing two race wins towards the end of the week but his earlier results held him back from climbing higher in what is now a very competitive fleet.

The morning class starts involved the Junior Handicap, Topper, RS400, RS200, Phantom, Merlin Rocket, a large Laser Radial and 4.7 fleet and a Yawl Gold fleet. The morning also included two very welcome fleets of Enterprises and Larks that are classes not currently regularly sailed at Salcombe. The morning starts had generally lighter winds than those in the afternoon, however all fleets enjoyed fantastic exciting reaches to the Gerston mark through the open area of the estuary known as Widegates. The morning fleet also had the benefit of generally "beating with the tide" thereby avoiding the challenges of short tacking against the tide.

The Junior handicap was dominated by Jasper Walter in his Laser 4.7 and Henry Koe from South Bank (Putney) topped the Topper fleet. Thanks go to Topper for loaning some boats and Coast and Country for sponsorship. The ten RS400s was narrowly won by ex 505 World Champion Peter Colclough and Peter Bennett from the Silver Winged Sailing Club boat of Peter Jackson. Michael Gifford and Isobel Stewart (Waldringfield SC) won the RS200 with Chris Catt and Anjie Hurd (Netley SC) managing to take one race win from the Gifford boat. The Merlin Rockets were dominated by the Fran Gifford and Sophie Mackley duo whilst the very healthy fleet of 11 Larks was led by Stuart Hydon and Ann Biglin (Shustoke SC) with Harry Pynn and Gemma Cook (Waldringfield SC) taking a win in the last race to secure second place. It was a welcome return to see the blue sails of the Enterprise class and Martin Brooking and Jane Anderson (Hunts SC) came out top in a competitive fleet. Finally in the morning fleets the Lasers Radials and 4.7 had a bumper group of youthful and competitive sailors with Harry Evans coming out top of the 4.7 and Ruari Mcoll in the Radials.

In the afternoon the Handicap fleet were first away with Dan Bridger in his Aero 7 just taking first place overall from Michael and George Hicks in a Scorpion. The fleet included a healthy mix of Aeros and also an elegant Flying Fifteen, a MRX and a Streaker. The National Twelves were dominated once again by Graham and Zoe Ballentine, however there was good competition below that with John Meadowcroft and Em Mayhew edging second place from the Anthony and Rory Gifford Twelve. The Solo fleet was as always, highly competitive for the 22 competitors but Tim Johnson revelled in the boisterous conditions winning three of the four races and was first overall. Simon Dobson was always close at hand to secure second overall with Robin Hodges, race winner on the final day, securing third place. Finally the 9 strong Laser Standard Fleet was dominated by Neil Davies (QMSC) with three firsts and one second place. 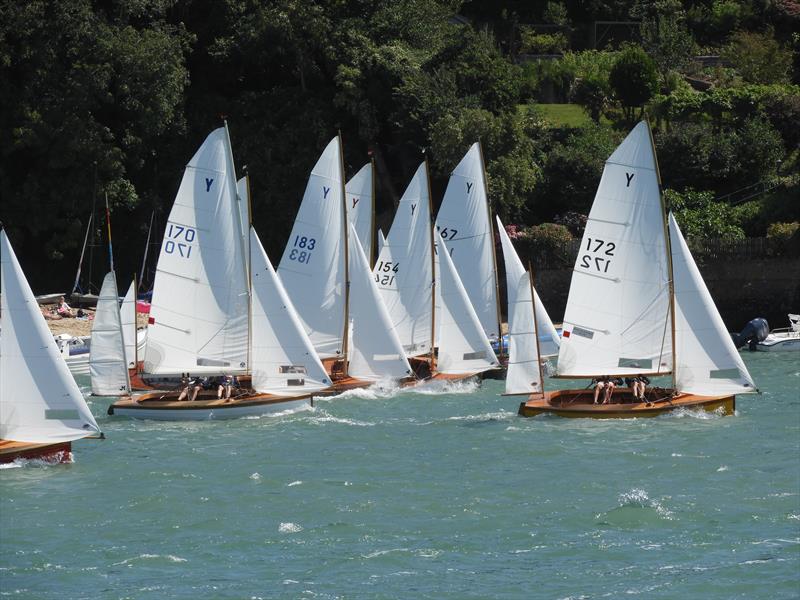 In spite of losing two full days racing, the racing that did happen was generally carried out in sunshine and a good atmosphere was created with the combination of sailing, beaching and just mastering the complex logistics of the Salcombe estuary. The club worked very hard to ensure good race organisation and club facilities and overall the week was a success. Special thanks go to our race officers John Wyllie, Geof Gilson, Ian Mcgregor together with the support of the Salcombe Harbour Authority and our main sponsor Salcombe Gin.

For full Results go to www.salcombeyc.org.uk/page/2019-results-1 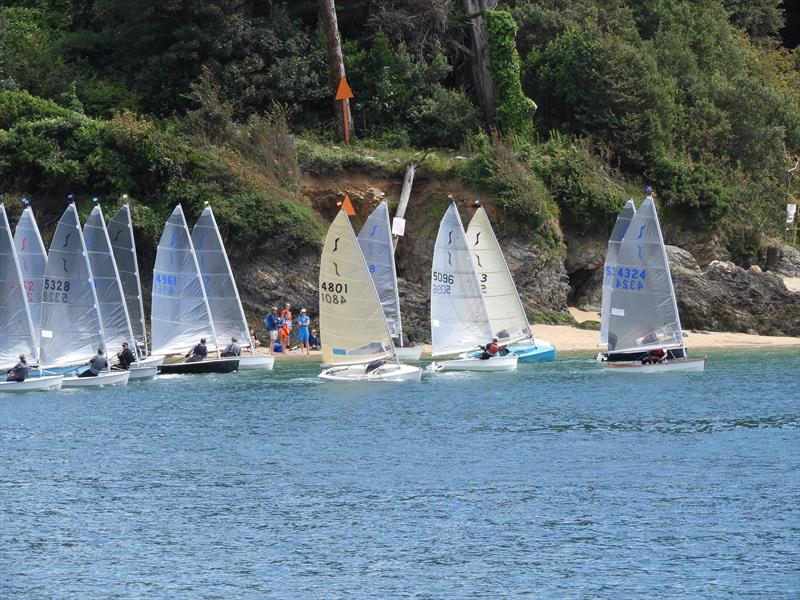