Saturday saw a true clash of the titans in the handicap fleet. 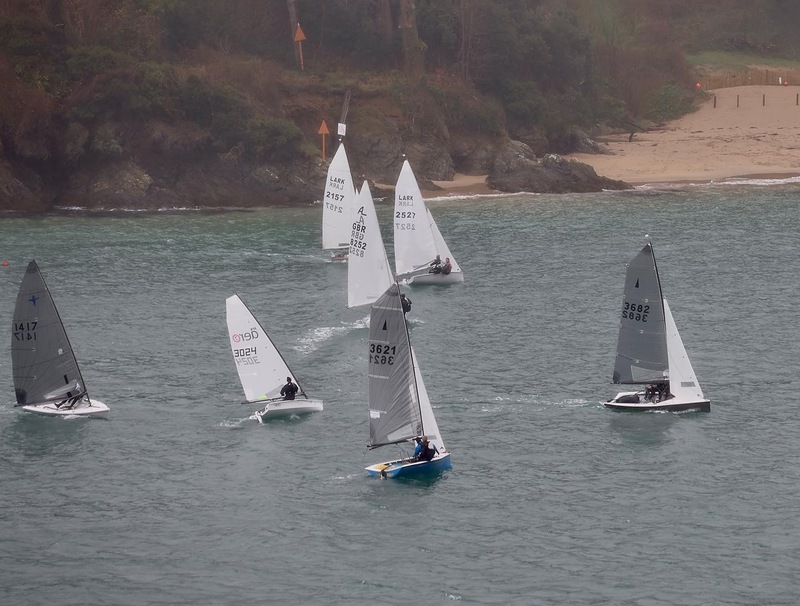 Tim Fells & Fran Gifford teaming up once again in the Lark to take on Will & Mandy Henderson. This was shaping up to be an epic battle with a decent southwesterly breeze blowing down the harbour and it didnt disappoint...!

Both teams got off to a good start favouring the Portlemouth shore but it was Tim and Fran who rounded Blackstone just ahead of the Hendersons. However, as they made their way back passed the race box heading off down to Yalton, there was nothing between the pair. 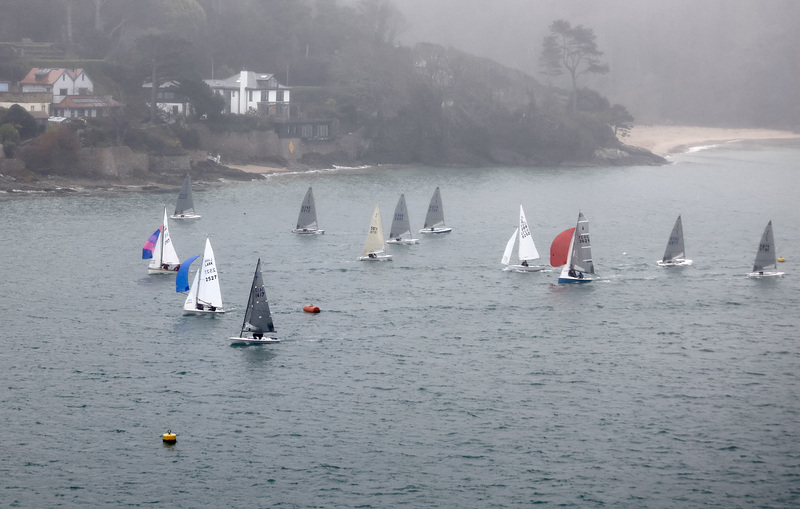 The fleet then made their way into The Bag for a rare visit to mark 6 before looping out round Saltstone and making their way down to Gerston; spinnakers flying. This is where Ross Borne and John Burn in the Merlin and Olly Alexander in the Phantom had managed to pull away from the fleet and start to build a gap. 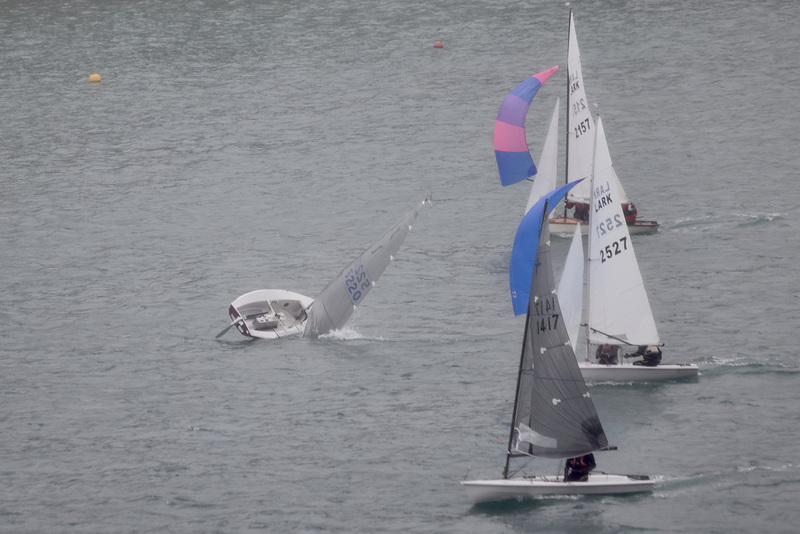 The Larks were extremely fast through The Bag and this is where they managed to close down the leaders again. Annoyingly, for the rest of the fleet, the close racing between this pair seemed to speed them both up rather than slow them down.

The Larks exchanged positions multiple times with neither pair managing to escape each others grasp but ultimately it was Will and Mandy who came out on top; not only did they win the battle of the Larks, they also took the overall race win on corrected time.

Tim and Fran finished only 16 seconds behind the Hendersons and took 2nd with Olly in his Phantom coming home in 3rd.

Thank you to OOD Simon Ballantine and the rest of the team for running a great race.

The early part of the first beat to Blackstone saw Chris Cleaves, Simon Dobson, Mark Waterhouse, Tim Law and Paul Ellis all contesting for the lead of the 14 strong Solo fleet. 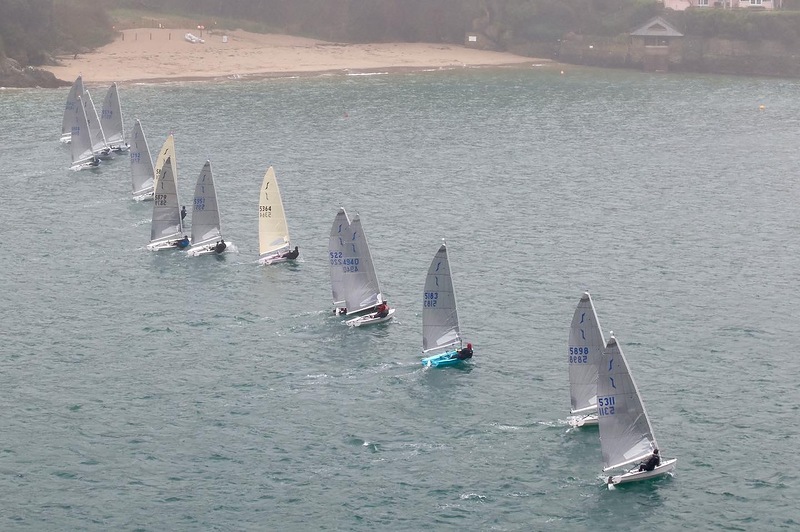 A left hand wind shift towards the end of the leg worked in Ellis's favour and he rounded the mark first. Waterhouse infringed starboard tackers at the mark and had to complete penalty turns which dropped him back into the pack of mid-fleet boats leaving Cleaves, Dobson and Law to chase Ellis on the run to Yalton. Cleaves and Dobson broke a little clear on this leg whilst Law was caught by a group including David Greening, Graham Cranford Smith and Billy Jago. 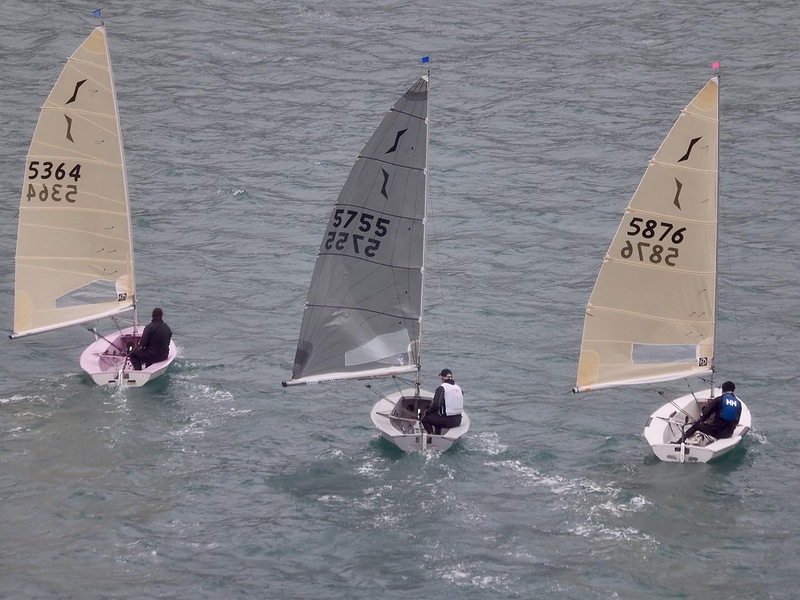 The beat out of Yalton saw Law re-establish himself in fourth and he then edged third from Dobson on the run to the Frogmore mark. Another upwind leg to Saltstone had Greening briefly moving into fourth before ceding the position back to Dobson towards the end of the leg. 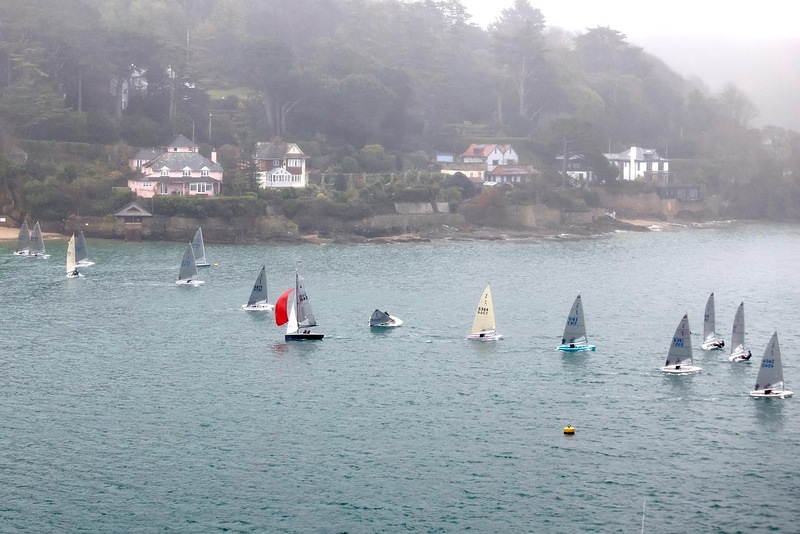 The reaches to and from Gerston were uneventful whilst the final beat from Halwell Woods to the finish line, although hard fought, saw no further place changes amongst the leaders.

Ellis was always in control of the race from the front, Cleaves covered Law all the way to the finish with Dobson not far behind. Jago got past Greening to finish fifth who in turn was just ahead of Cranford Smith.

So, despite the grey, damp conditions on a December morning, the fleet had an excellent day's racing on a full tour of the harbour. 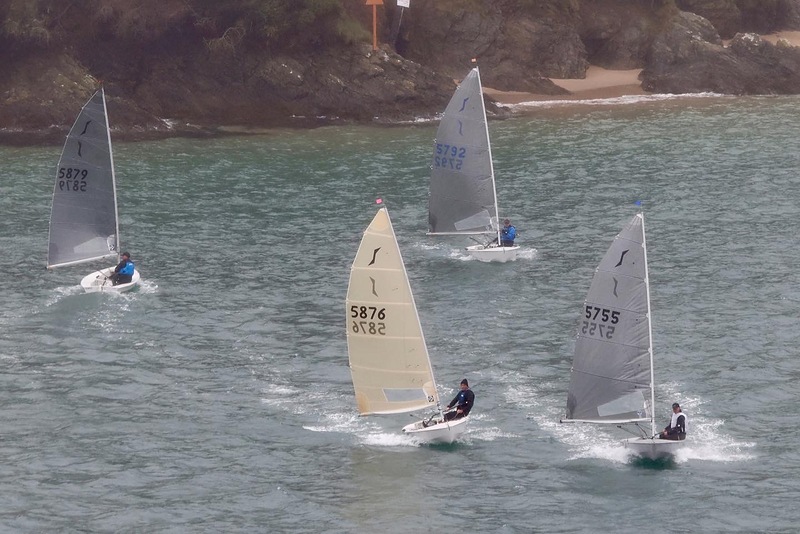