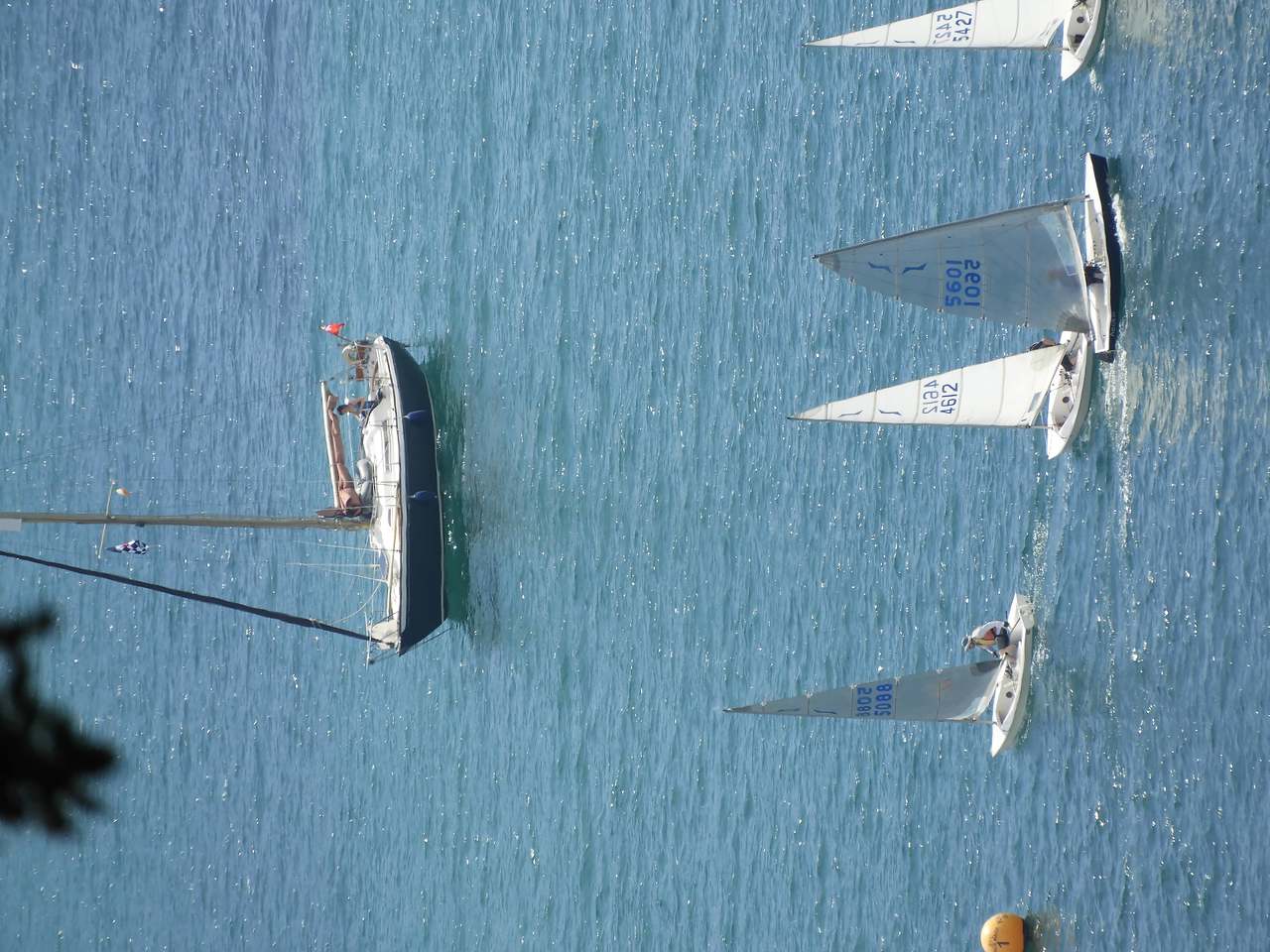 A gentle breeze out of the South enticed forty three boats to participate in race 7 of the Salcombe Yacht Club Summer Series on a glorious summer day.  Race Officer Mike Whitehouse set a “round the creeks” course, making the most of the neap high tide.

First away was a slightly reduced Cadet Handicap fleet, with Ben Meek leading the way home.

The Medium Handicap fleet saw Peter Cook and Janet Exelby record their fifth win of the series in their diminutive Firefly, this week ahead of the RS Aero of Chris Booth and the Laser Radial of Colleen Pope.

The Fast Handicap fleet is often spiced up by the possibility that Alistair Morley might provide for a self-imposed pursuit race by starting a few minutes after the advertised start time; this week was an exception, and despite finishing behind the RS 400’s of Peter and Sue Colclough and John and Annie McLaren, was sufficiently close to record a corrected time victory.

Thirteen Solos came to the line, slightly reduced in numbers since four Salcombe boats were attending the National Championships in Hayling Island.  The first four boats rounded the Blackstone mark clear ahead of the pursuing pack, and when Bill Jago and David Greening peeled off to the Salcombe shore, Malcolm Mackley emerged with a comfortable lead at Yalton, having sailed a shorter route in less tide on the Portlemouth side.  Malcolm held this position for the best part of the race, hover Jago, Greening and Robin Hodges reeled him in and on the final run all four boats were in line abreast; at the Ferry landing Robin gybed off to the Salcombe side, and fed in at Crossways with a definitive lead, with Greening grabbing second place from Mackley.

Last away was a healthy fleet of ten Salcombe Yawls, which saw a welcome return of Mr and Mrs Bridger who led the fleet to Blackstone, however with a shortened course, Paul Ellis and Cheryl Beck were able to dig themselves out from an uncharacteristically poor start to take first place, with Andrew Wood, siling with daughter Issy securing third place in their Classic Yawl. 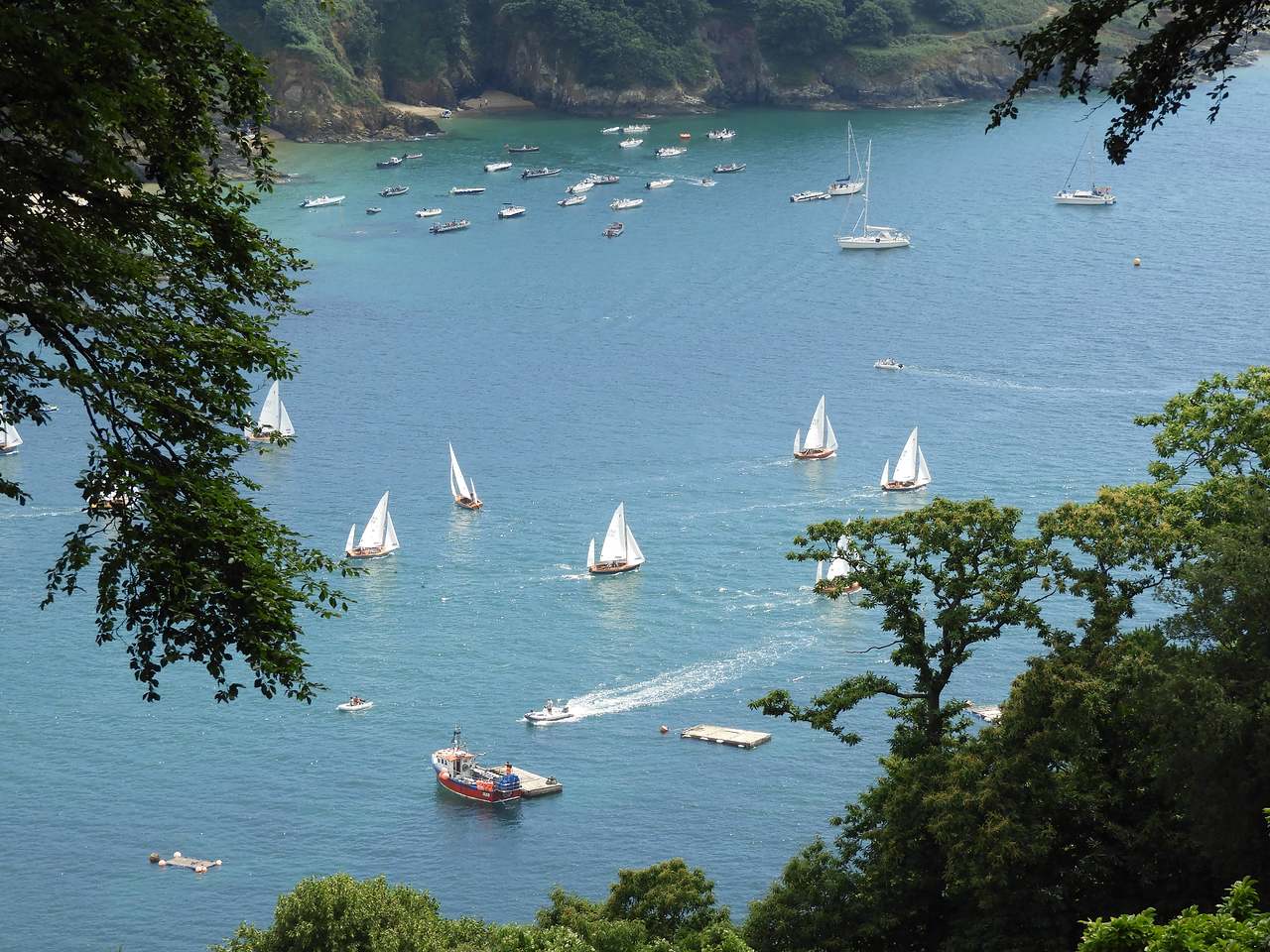 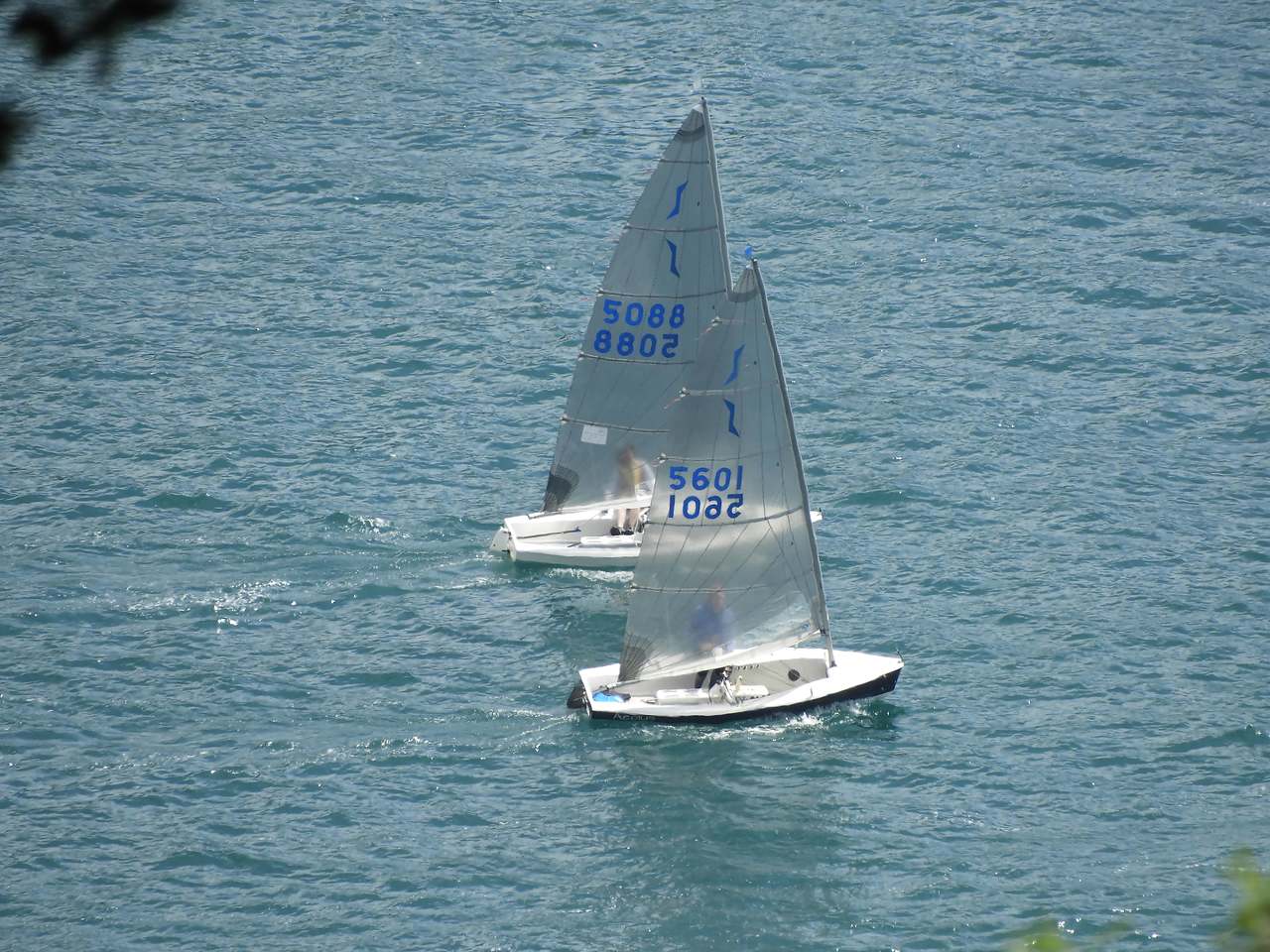 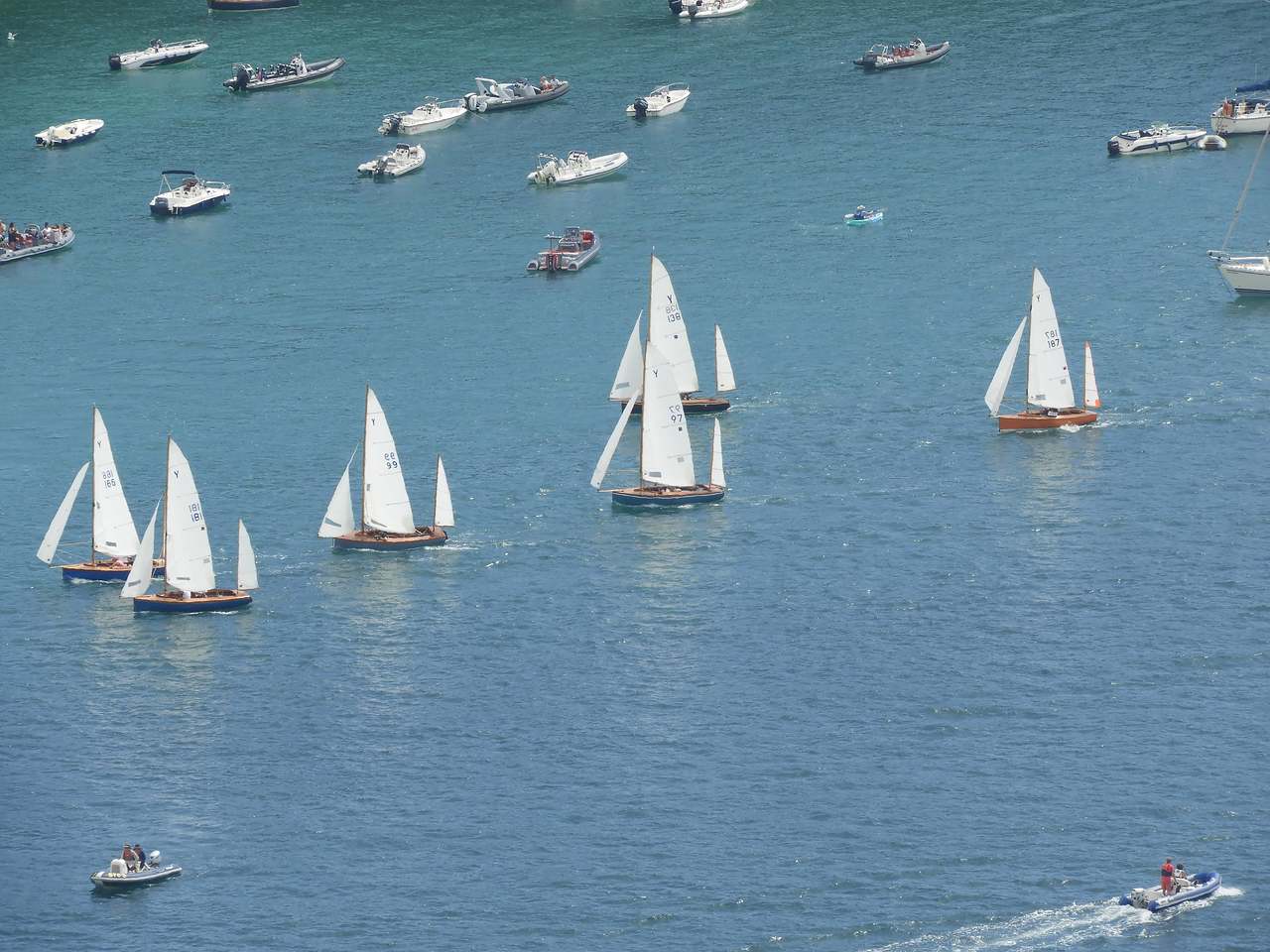