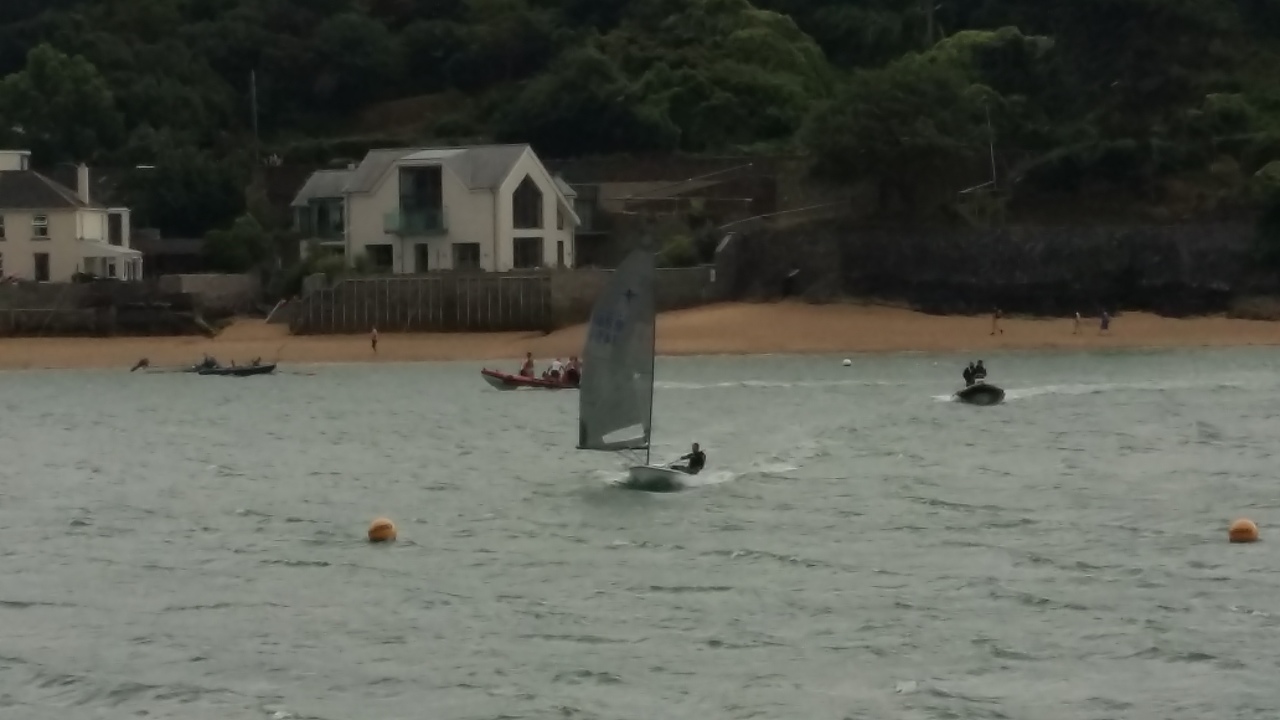 Only a few brave souls ventured out on the water on Saturday afternoon as this summer’s succession of sunny, light wind days came to an abrupt end. Just when it seemed as if it would never rain again, dark grey clouds were scudding up the estuary, driven on by a south westerly force 5, gusting 6. Race Officer Mike Hicks sensibly decided that these conditions were too lively for the Cadet fleet and cancelled their race but set laps of Blackstone and Crossways for the other fleets.

There was only one starter in the Medium Handicap fleet, Andrew and Lewis Groves setting off in their Feva XL. Their race ended shortly thereafter with a succession of capsizes and they headed for home. In the Fast Handicap fleet, the Phantom of Alistair Morley was also the only starter but Alistair guided his craft expertly round the course to the finish. A number of Solos valiantly attempted to race but by the starting gun only two were upright and in the starting area. Billy Jago capsized almost immediately to hand the advantage to Simon Yates which he maintained up the first beat. With Yates round the mark and surfing off downwind, Jago’s kicking strap broke as he rounded the buoy, thereby forcing him to retire. Yates sailed on to victory bringing an end to the day’s racing as some battered crews returned to the shore. 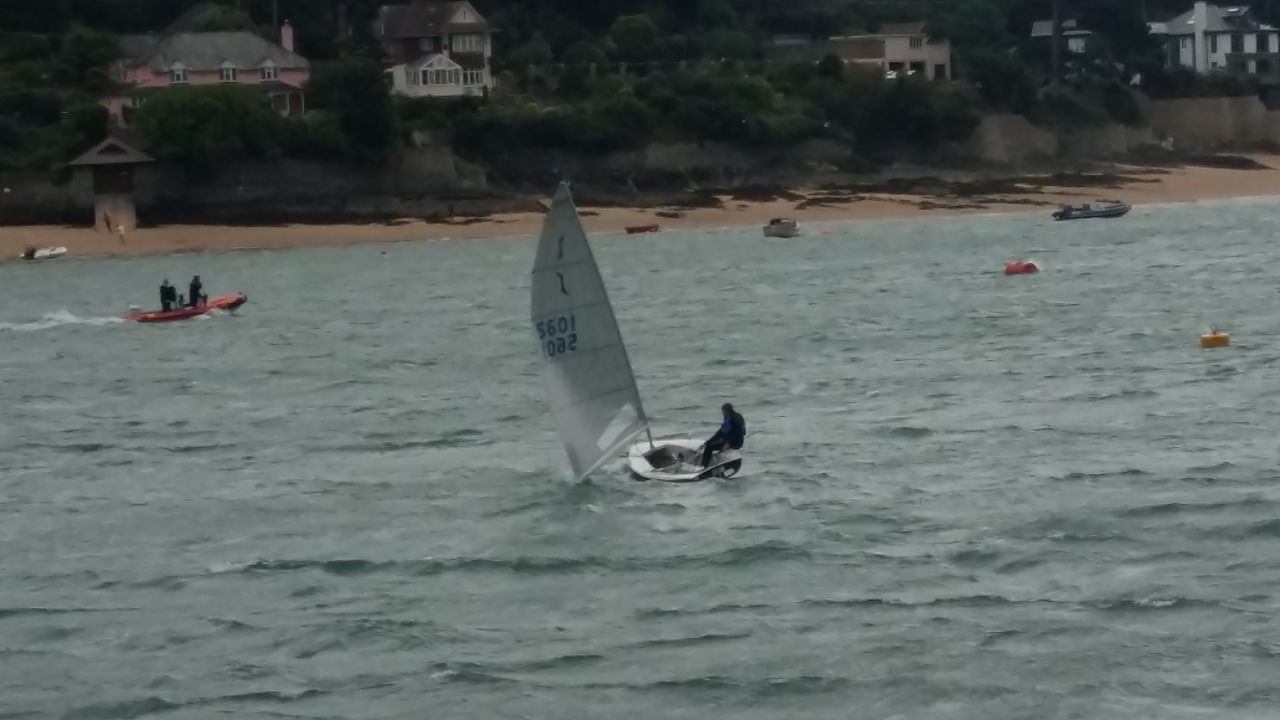