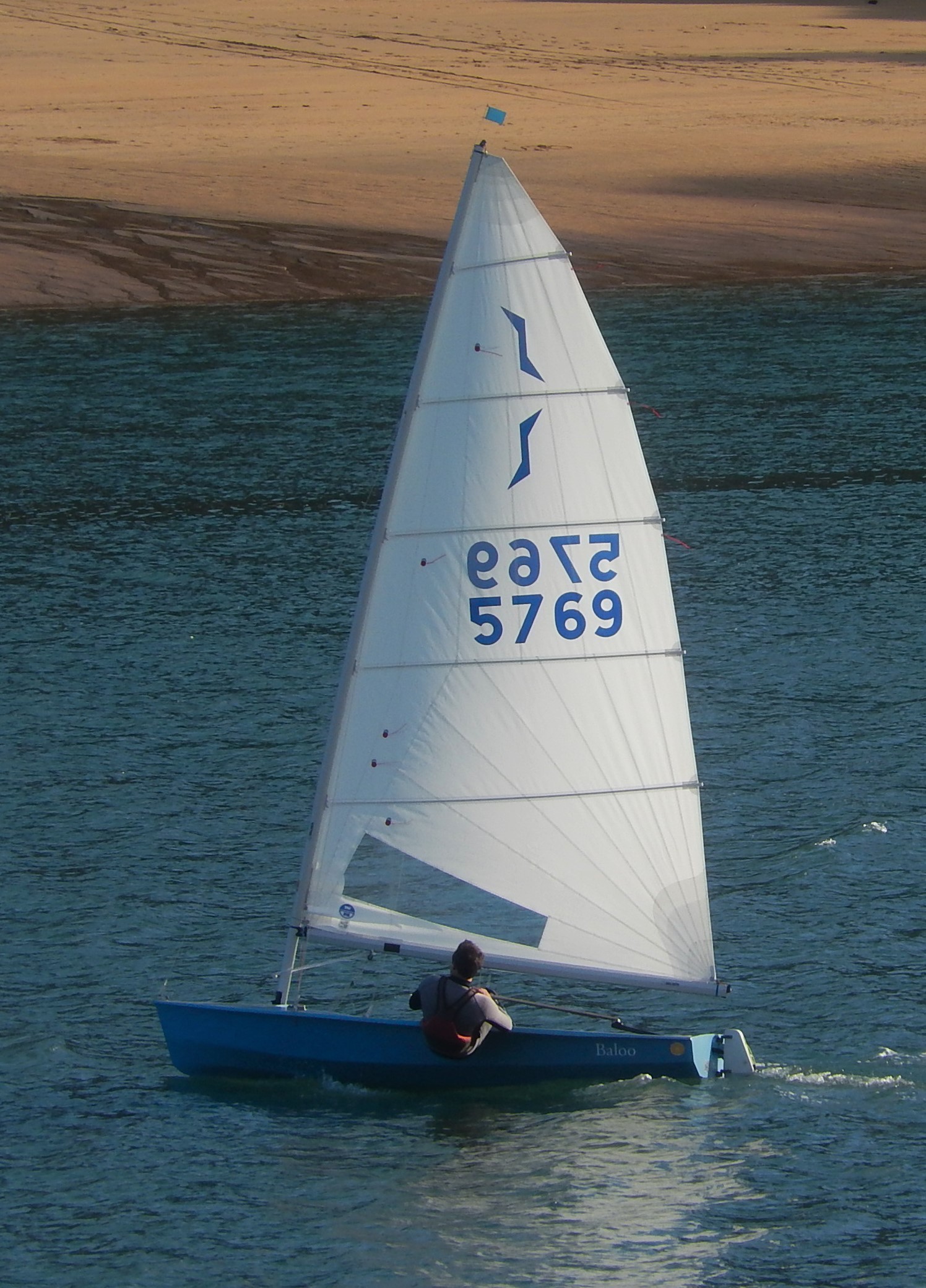 The second race of the SYC winter series was sailed in pleasant conditions with a Northerly airstream and as usual, the Salcombe estuary provided challenging areas to navigate. This week it was the region approaching The Bag at Snapes point. There was a good entry of Solos to compete in their class race and the star studded handicap fleet had the interesting addition of Roger Tushingham making a welcome return to Salcombe sailing in an OK class dinghy.

The Solos were first away with the fleet spread across the start line. Initially it appeared that boats in the middle of the estuary were doing well, however as the boats approached the wind shadow created by Snapes point the breeze dropped and those which ventured close to Snapes had to battle their way into the bag, whilst others prospered taking the longer route via Ox Point. Michael Hodges was well up entering the Bag, but Ed Stephens was already working through the gears ready for a long and rewarding 1.5 mile, force 2-3, low water beat to the distant Gerston Mark. Robin Hodges and Ross Bourne formed the main challengers to Stephens increasing lead but the conditions were ideal for Stephens to pull away. After rounding Gerston   the fleet ran down in the slack tide to the Blackstone mark near the Salcombe Bar followed by a beat back to the Club finishing line. Robin Hodges held on to second place but on the final beat Club Commodore, Andy Savell managed to pip Ross Bourne for third place. There were some good tussles further down the fleet with a welcome return of Chris Turns and the introduction of Charlie Lloyd (ex N12s) to the fleet. The local and very close battle between Geoff Allen and Roger Pope was particular exciting as it was watched by both respective wives,  Gail and Colleen who, at the time, were helping in the race box.

The handicap fleet was full of former, or should I say present, rock stars and the two Peters, Colclough and Bennett, 5O5 serenely lead away from the start line, however it was the expertly sailed Tushingham OK that lead the rest of the fleet around the windward Gerston  mark. This was a remarkable achievement as behind him there was a pack of well sailed Phantoms some of which who had switched to forestay off mode in order to depower on the long beat. Although the 505 crossed the finishing line well in front of the fleet, it was the Tushingham OK that easily won on handicap relegating the 505 to second place with race ace Alistair Morley in the Phantom coming third. 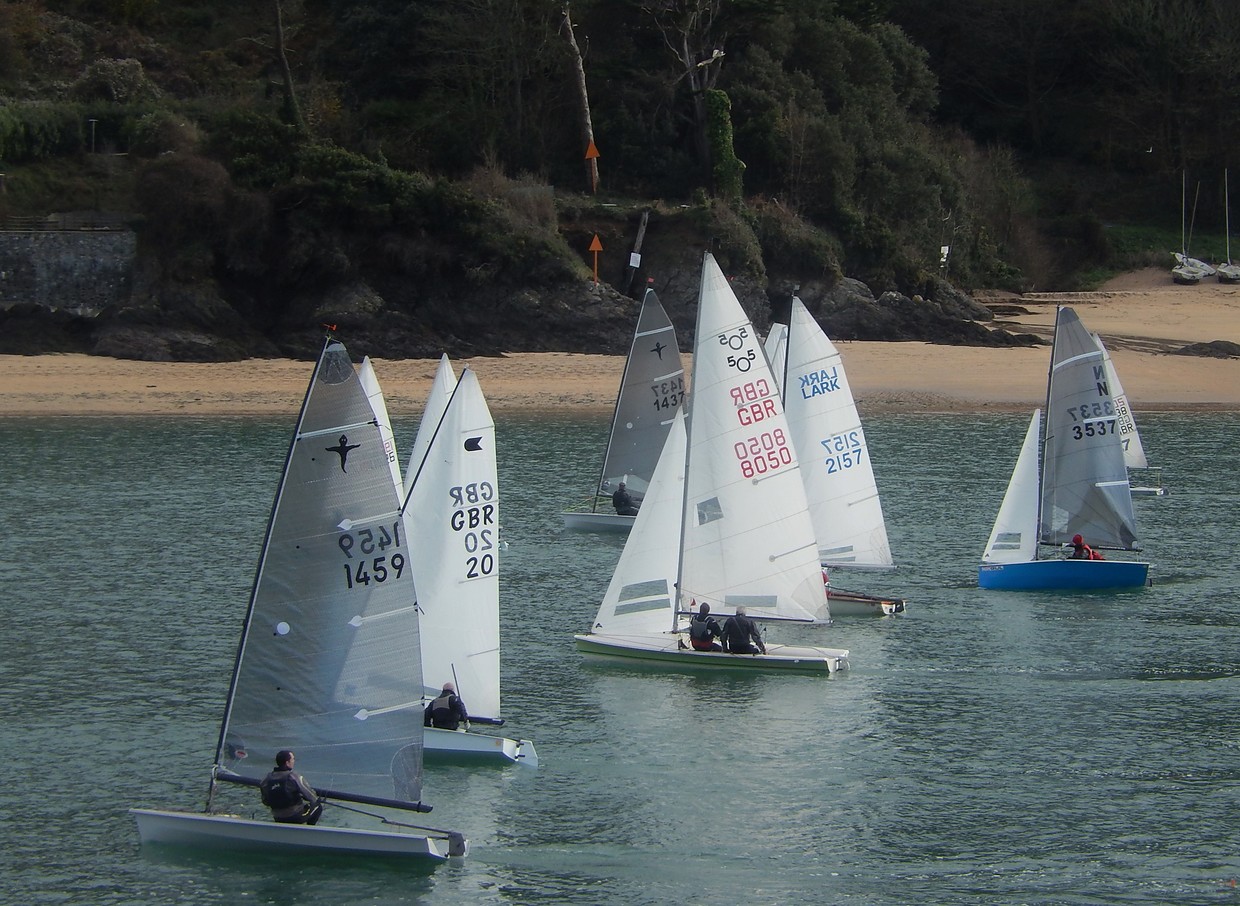 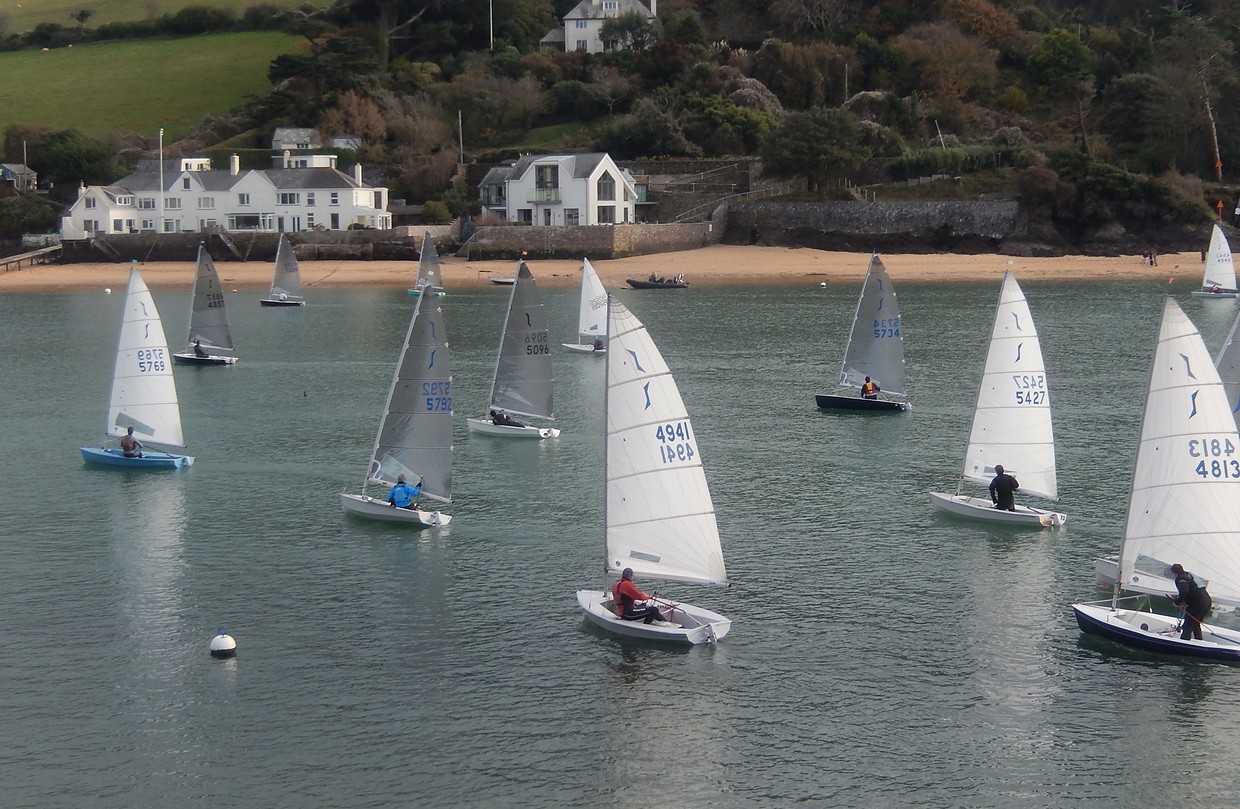