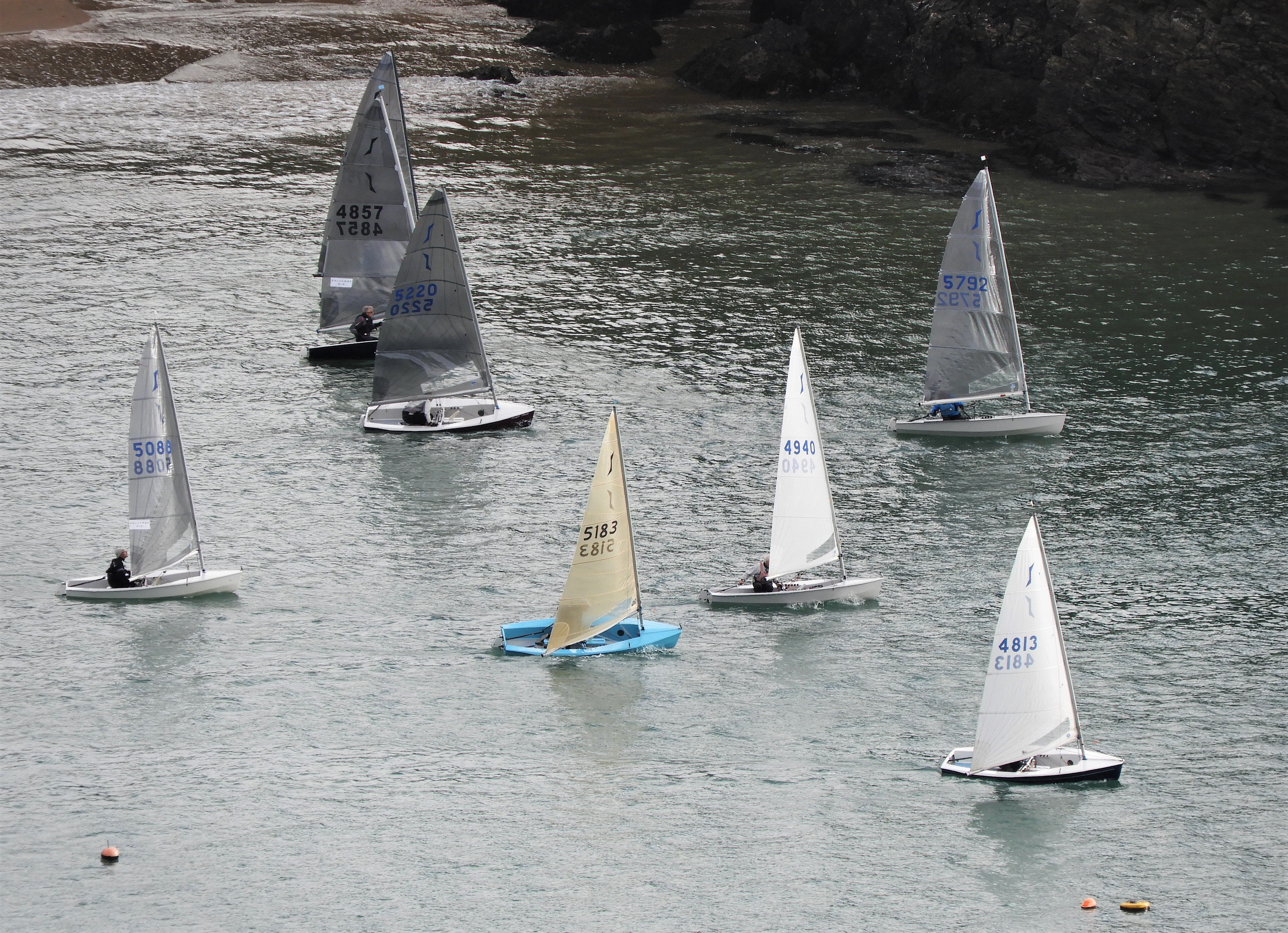 After the first two Saturdays were cancelled due to gales, the Winter Series at Salcombe Yacht Club finally got underway last weekend. Thunderous mid-morning rain cleared away to leave some watery sunshine and a moderate north westerly breeze. Those familiar with sailing in Salcombe will know that a north westerly is the most difficult of wind directions the wind may blow down the harbour from Batson but it may equally funnel in from the south and try to blow up the Harbour, usually leaving a tricky dead zone right around the Clubs start/finish line.

It looked as though the southerly component of the wind was in the ascendance and race Officer Geoff Gilson set the first leg up-tide to Blackstone. However, with a couple of minutes to go the northerly breeze reasserted itself so Gilson sensibly postponed the start and reversed the course direction, sending the fleets to Yalton thence to Blackstone, Crossways, Mill Bay and home.

First away were the Solos with Simon Dobson, Ross Bourne (making a welcome return to the Salcombe dinghy scene) and Graham Cranford Smith having the best starts and leading the fleet into Yalton creek. On the run Robin Hodges joined Cranford Smith and Bourne to round the mark in a tight bunch a short distance behind the leader Dobson. There were no major changes on the beat back up to the main harbour but as the fleet reached up towards Mill Bay it came across the transition zone between the northerly and southerly winds. The fleet bunched up with Cranford Smith briefly taking the lead but Dobson got to the new breeze first and was able to sail away, rounding Blackstone with a comfortable lead which he would hold to a shortened finish after Crossways. Behind him, however, things got very tricky as the breeze died off, leading to a pile-up as the fleet struggled to round the Blackstone mark against the tide. Julian Meek and Malcolm Mackley emerged from the pack to take second and third leaving Bourne and Cranford Smith to rue their misfortune.

The compression of the fleet at Blackstone was the determining factor in the Handicap fleet race. The RS400s and Phantoms had pulled away on the legs to Yalton and back but as the breeze died the slower boats caught up. With most of the fleet rounding Blackstone in close order there was little opportunity for the faster boats to build a sufficient gap. Alistair Morley in his Phantom did manage to get clear enough to secure victory but he was followed by the Lark of Will and Mandy Henderson and the Laser Radial of Andrew Groves.

2nd Will and Mandy Henderson