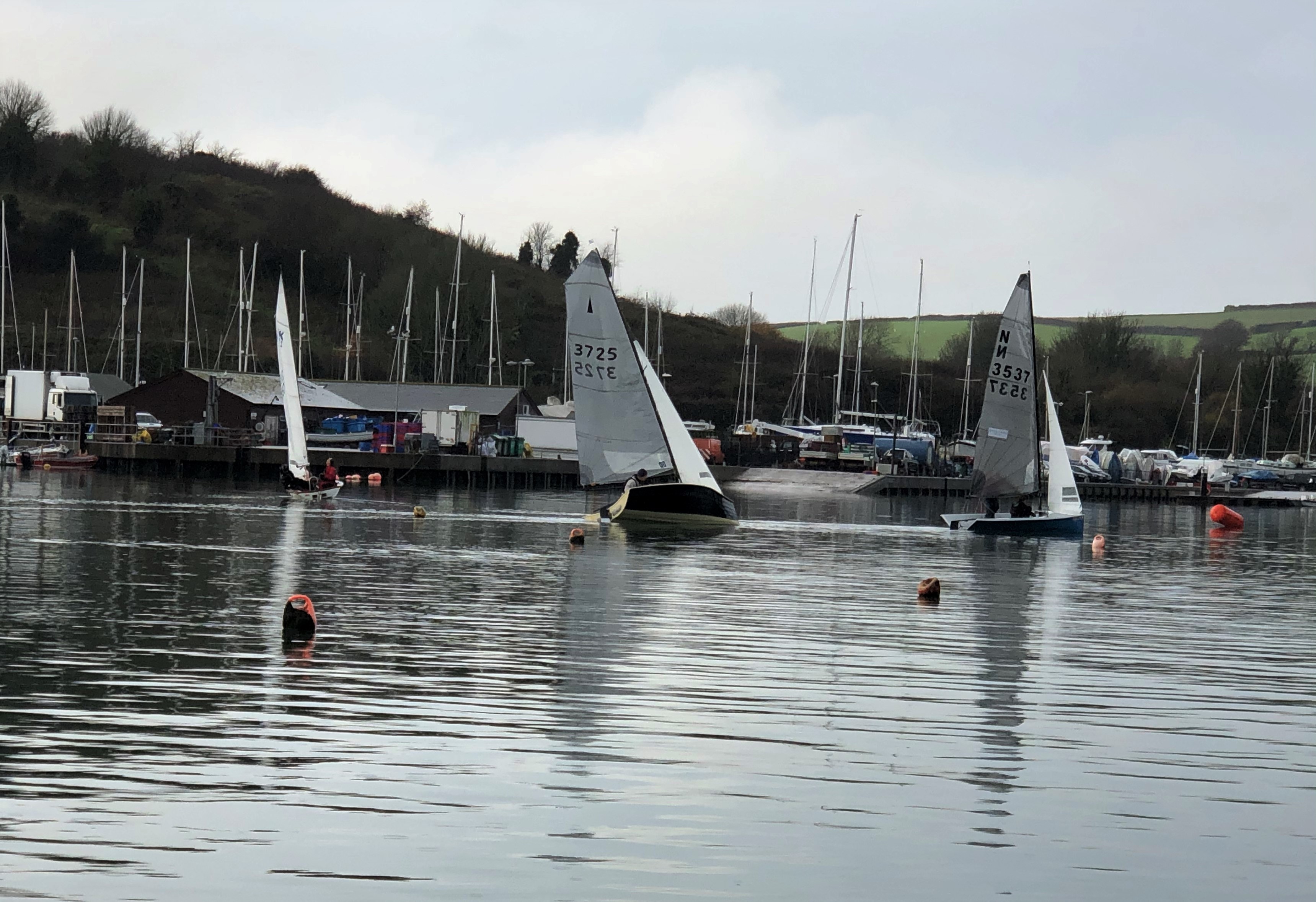 Race 5 of the Salcombe Yacht Clubs Winter series will not go down as a classic in the memory of either competitors or anyone unfortunate enough to be watching. Things began reasonably promisingly with a light north easterly breeze blowing over a flood tide. Race Officer Tim Fells deployed a temporary mark in Batson Creek hoping to give the fleets a reasonable windward leg up to the Yalton mark after the initial fetch from the start line to the Batson mark. Unfortunately, just after the start the wind swung to the north, putting Batson Creek and the temporary mark in the wind shadow of Snapes Point.

First off was the 12 strong Solo fleet, lead by Graham Cranford Smith and Roger Guess. Graham lead around the first mark but on the drift back to the main channel was passed by Simon Dobson and Ed Stephens. The front three pulled away from the rest of the fleet as the wind died further and by the time they were half way up Yalton Creek, the breeze had all but disappeared. There followed a tortuous battle in Mill Pond-like conditions with Stephens and Dobson swapping positions several times but Guess maintaining a narrow advantage over both. When the Race Officer mercifully finished the fleets at the Yalton Mark after the best part of an hour and a halfs racing, Guess won from Stephens and Dobson.

Starting ten minutes after the Solos, the Handicap Fleet suffered even more. Less wind on the way into the Batson mark and almost no wind all the way up to Yalton. The National 12 of Mike Hoyle and Charlie Evans managed the light air conditions superbly, taking a comfortable victory from the Lark of Will and Arthur Henderson and the Phantom of Alistair Morley.

2nd Will and Mandy Henderson 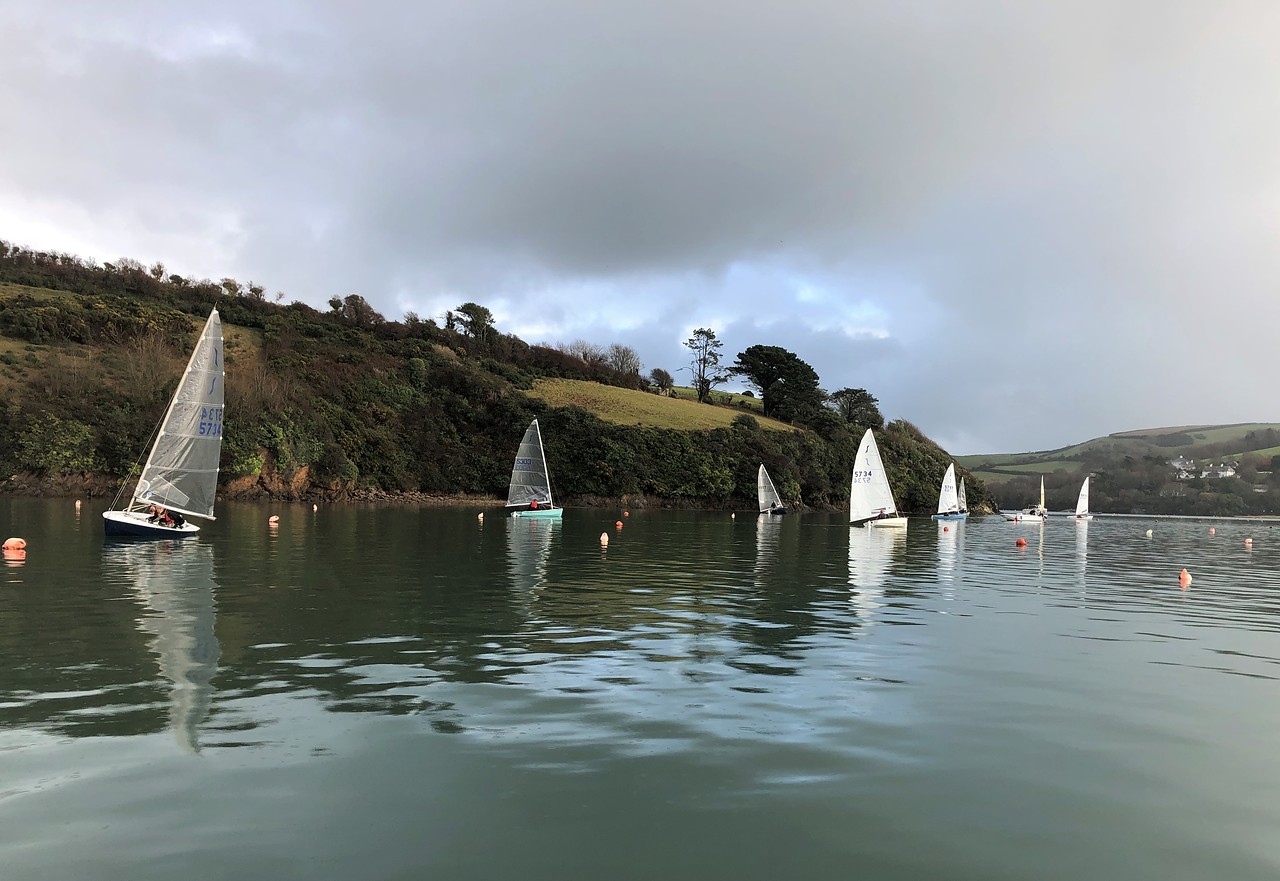 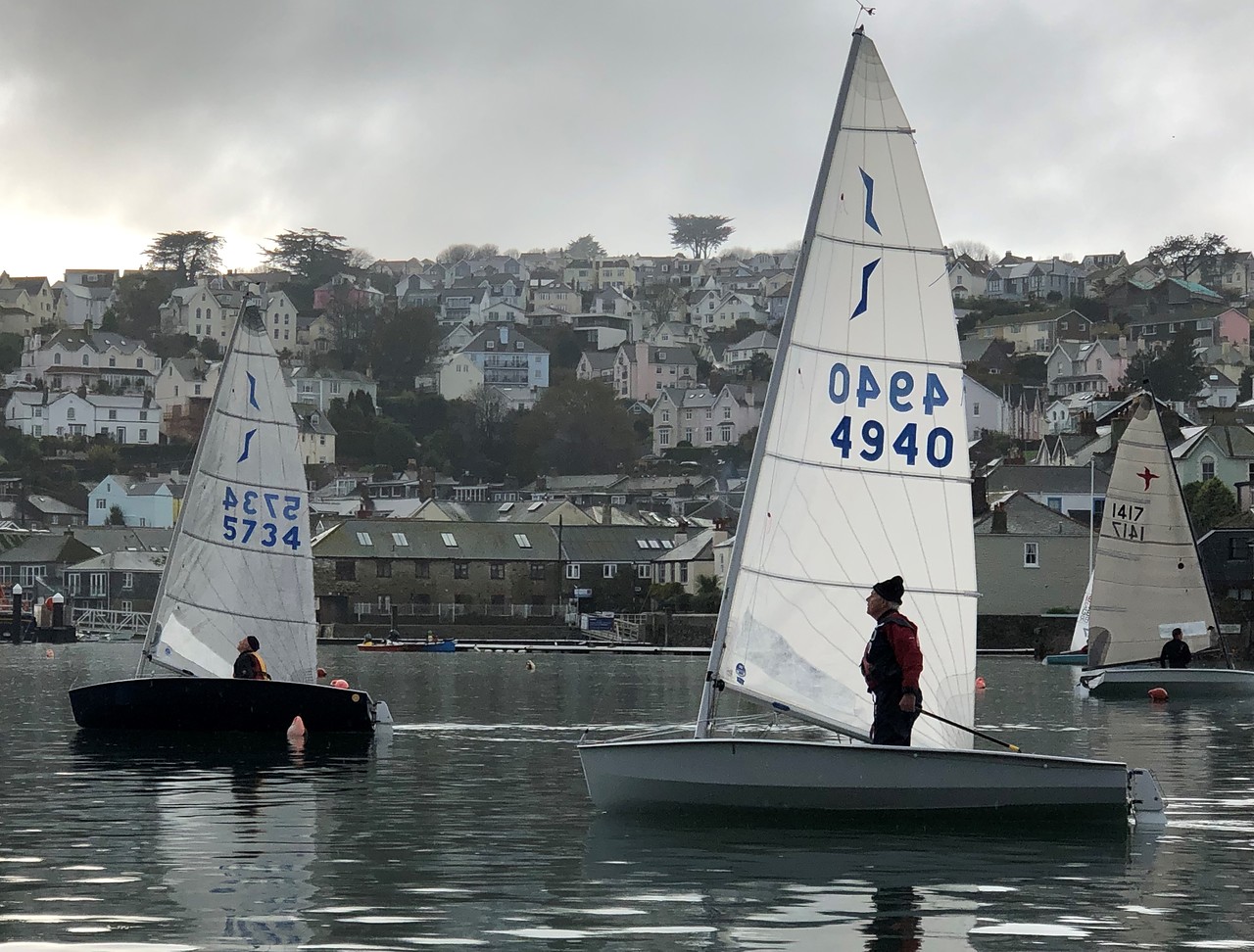