There was an unusually small turn out for the start of the second Midweek Series, perhaps due to some tired legs from the 4 day Jubilee Open weekend or possibly the forecast of 20 knots deterring others. 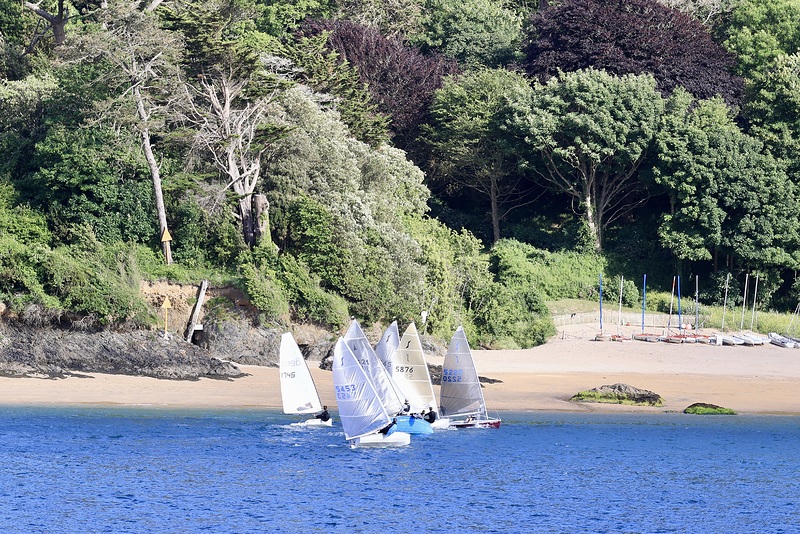 The 7 boats that did turn up were treated to sunny skies and a 10-12 knot breeze with some pretty punchy gusts thrown in for good measure. The wind had no set direction and was anywhere between South East to South West. Being in sink with the shifts was key, one wrong shift and you would suffer.

The small fleet all opted to get their race under way on the Portlemouth side, Mike Knowles was unfortunately a little late but he was soon under way as he blasted down the Estuary towards the start. Unfortunately for Mike he had a couple of capsizes on the first downwind leg and decided to call it a day. 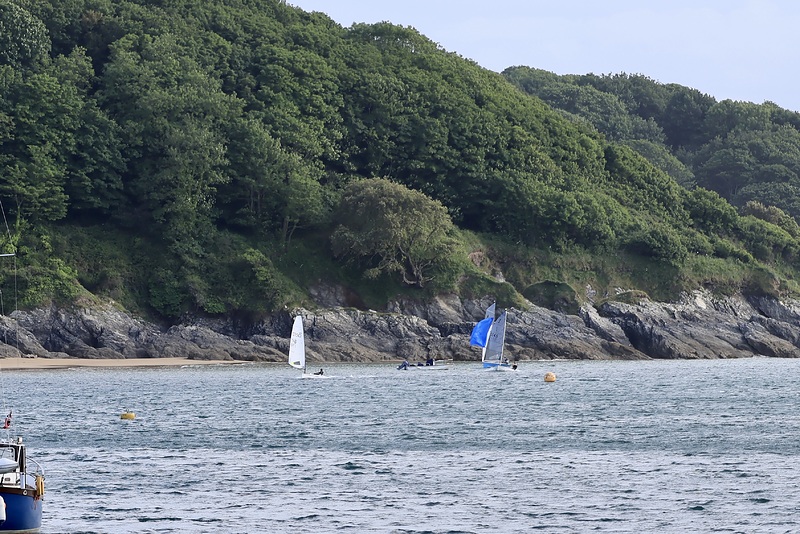 Tom Ballantine in an Aero 7 was first to round Blackstone closely followed by the Solo of Olly Turner. 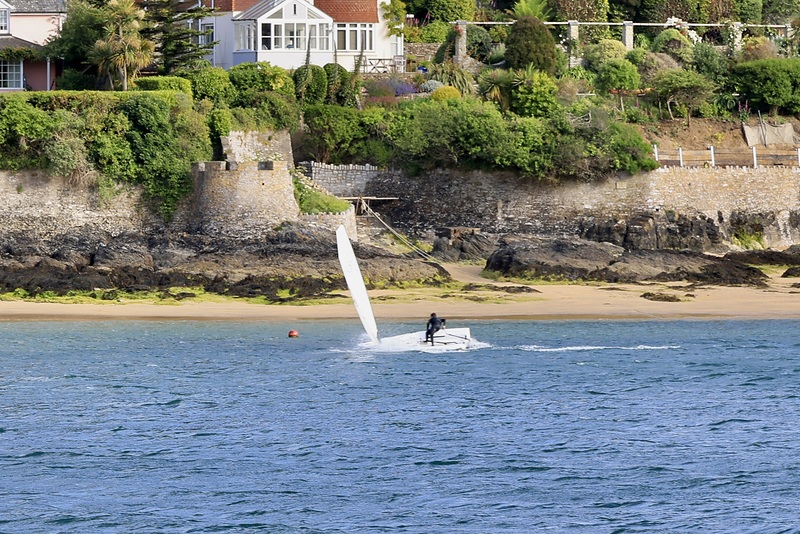 As they made their way round the course the Merlin Rocket of Andrew and Laura Squire were having a close race with Tom. They did managed to get ahead of the Aero briefly on the second beat to Mark 2 but Tom was soon back through the pair rounding first and stayed ahead for the remainder of the race taking line honours. 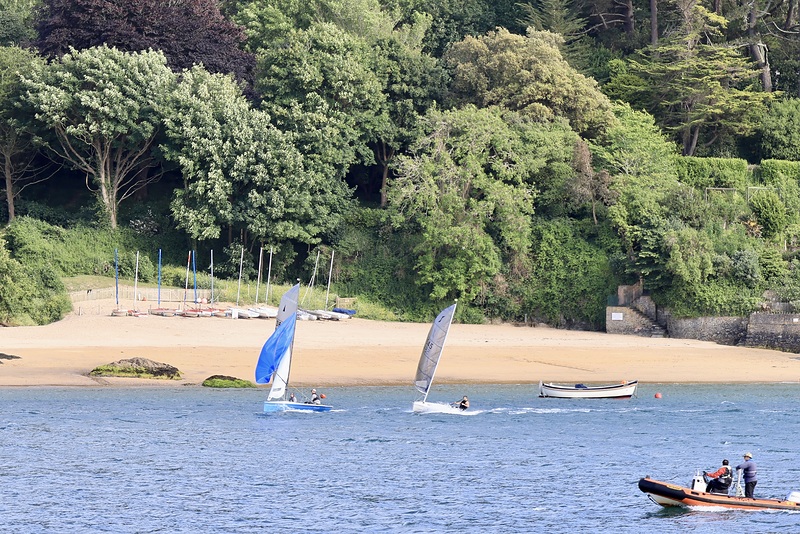 Olly Turner led the Solos from the start, Ross Borne also in a Solo managed to close up to Olly at times but could never get close enough to put Olly under any real pressure.

Olly sailed on to take the victory by just 25 seconds from Tom who secured 2nd.

Gavin Stevens in his Solo managed to pass Bruce Hattersley within the last moments of the race and bagged himself 3rd.

Thank you to the John McLaren and Rob Henderson who were on hand in the Safety boats keeping an eye on proceedings on the water.