Only two Laser Radials were out for the race on Saturday, Andrew Groves and Esther McLarty.

After some initial close racing Andrew managed to establish a lead over Esther and ensuring he made no mistakes sailed on to take the win by over a minute in the end. 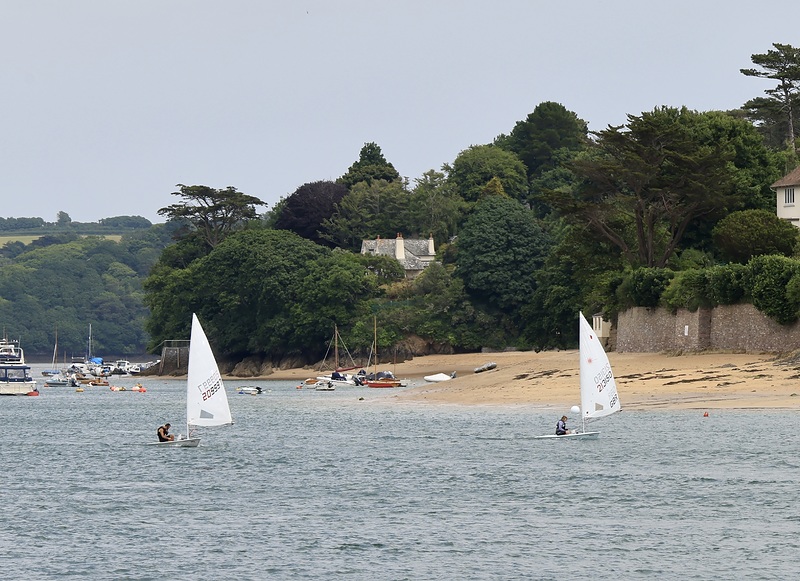 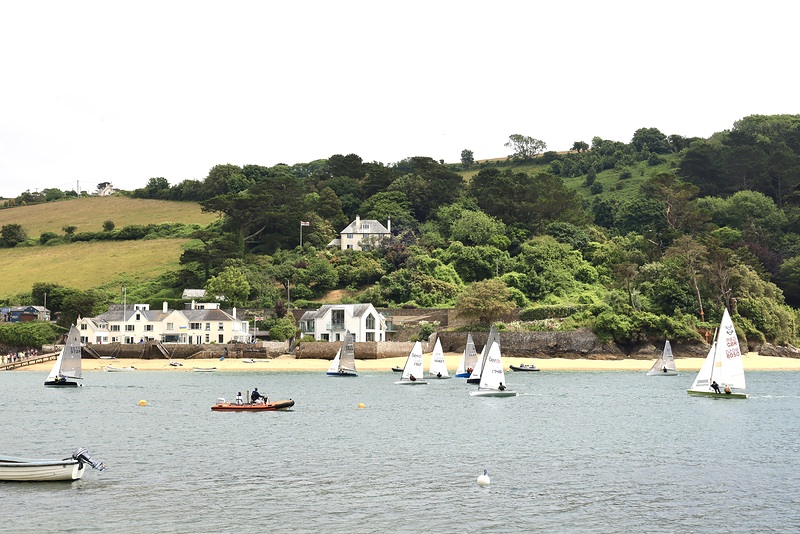 First to get off the line Will and Rob Henderson in a Merlin Rocket, they took an early lead over Tim Fells and Frances (with an 'E'!) Gifford but as the fleet entered Ditch End Tim and Fran navigated this section best and were first to round Crossways. 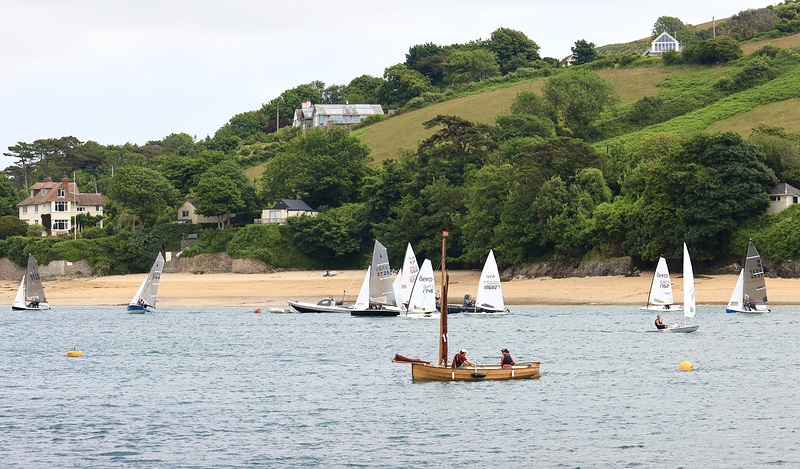 As they made their way down to Blackstone the three Merlin Rockets and 505 had pulled away from the rest of the fleet who were having a close race behind all arriving at the mark together. 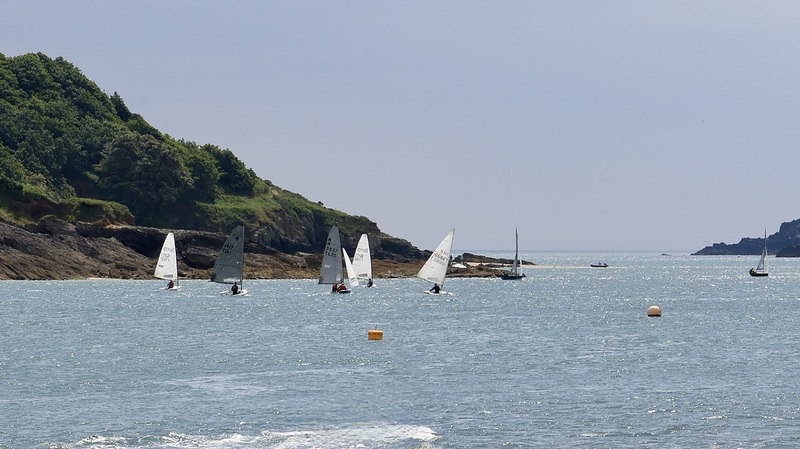 As the wind built the three Merlins and 505 began to stretch their legs and do a bit of a disappearing act on the rest. A hefty gust as the bunch arrived at Millbay took out 3 of the fleet like skittles, Simon Ballantine in an Aero 7 was not one of those knocked over and capitalised on the misfortune of the others picking up a few places. 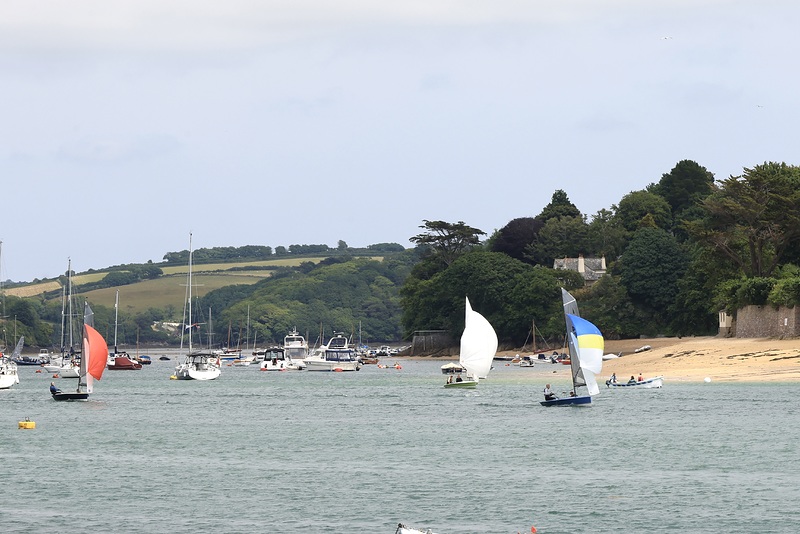 Tim and Fran managed to keep the 505 honest whilst maintaining a decent lead over the Henderson Merlin for the entirety of the race and in doing so were rewarded with another 1st place. 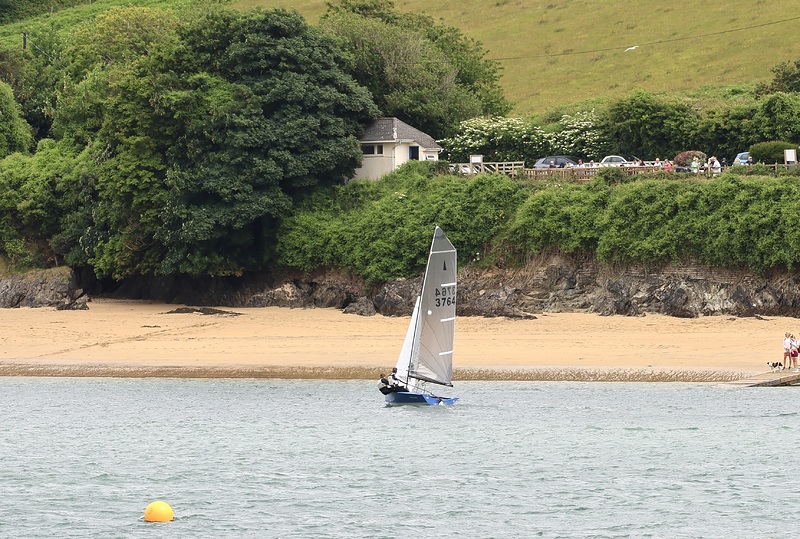 Will and Rob took 2nd on corrected time whilst Peter Colclough and Alister Morley in the 505 were 3rd.

With the breeze building throughout the afternoon and multiple boats capsizing, some multiple times it was great to see everyone stick at it, get round and receive the much welcomed sound of the finishing bell. 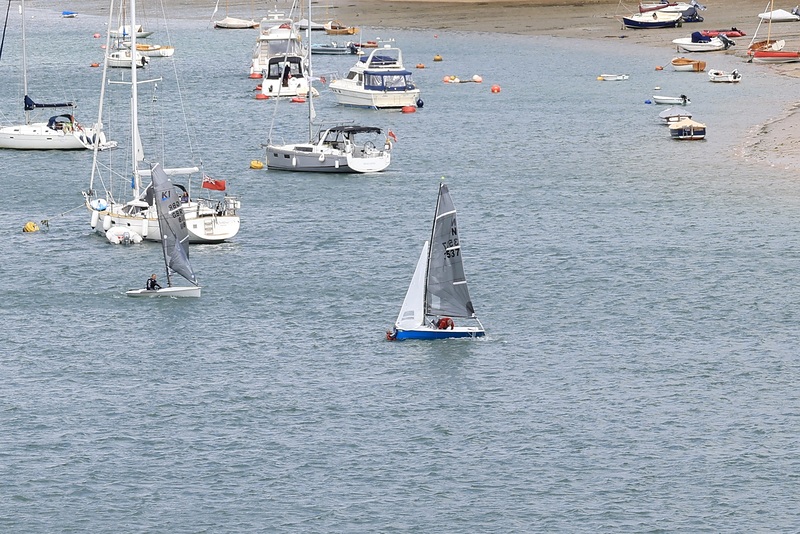 Whilst some of the Salcombe Solo fleet have ventured to Carnac this weekend for the EuroCup, a core fleet of 11 Solos were out to play at home. 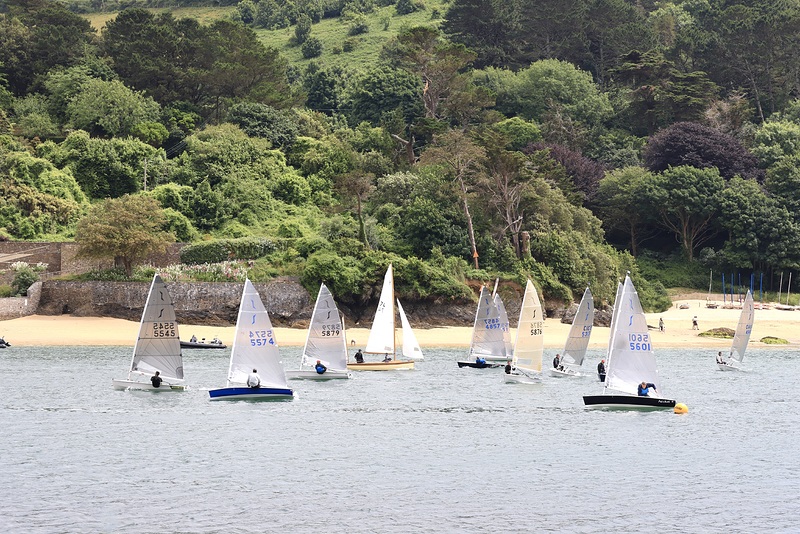 A strong tide, nearing low water somewhat reduced the playground and an expectant increasing wind led to a close course outside the Yacht Club to please spectators with a gusty wind reaching 20+ knots at times. 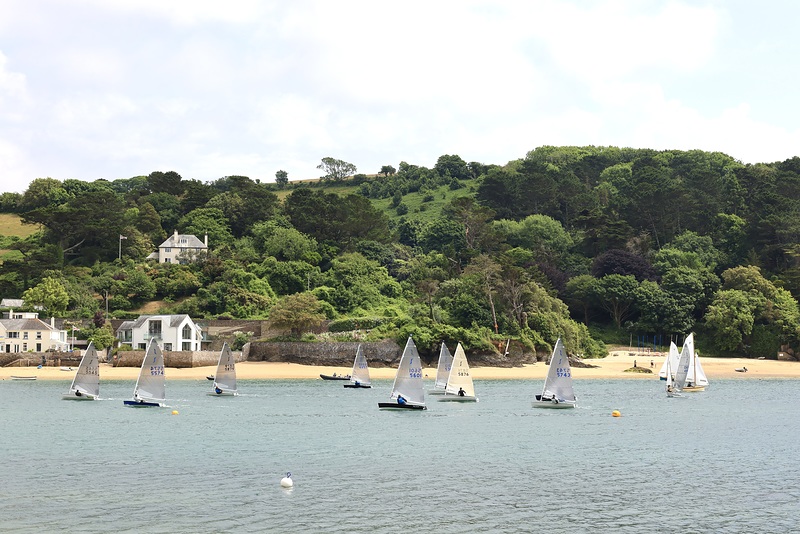 From the start it was the usual suspects fighting it out with Ellis, Cleaves and Turner vying for the lead. Turner rounded No.3 first with the others in hot pursuit. Come No.1, the trio had closed in together to make their way up the rocks from Blackstone. With Turner pushing too hard into the shallows, it was Ellis that stayed on shift in the short tacking phase to lead well when passing the Yacht Club again. On the long port tack up the Ria, Ellis made his way deep into Ditch End finding less tide but also far less wind. Turner and Cleaves stayed out enough to keep good pressure and make No.3 with ease to round in that order. It was from here that Turner pushed on hard with a comfortable lead on the downwind to No.2 that was extended upwind by being in sync with the shifts while short tacking. 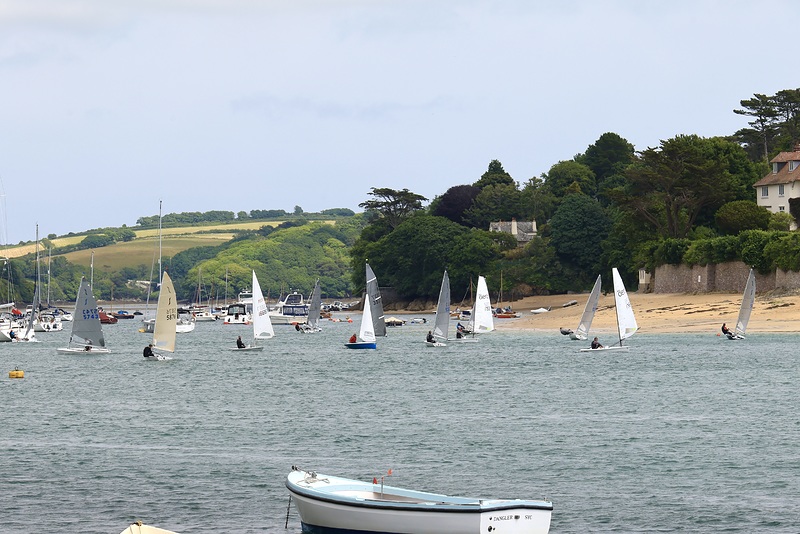 Come the final downwind to No.2 a squall hit Turner when trying to gybe around No.2 with a Salcombe Yawl that saw him spin out to windward and abort the gybe with a forced wearing around. This squall bought Cleaves and Ellis closer with Cleaves also opting to wear around (not his first of the day, rumour has it) but with Ellis nailing the gybe to close in to try and take 2nd place. From here Turner cruised to the finish to take the win, crossing the line with fist pumping celebrations and a smack on the deck to take his first Saturday win in the 7 weeks hes been a member. After a close cover to the finish it was Cleaves that took 2nd and Ellis 3rd. 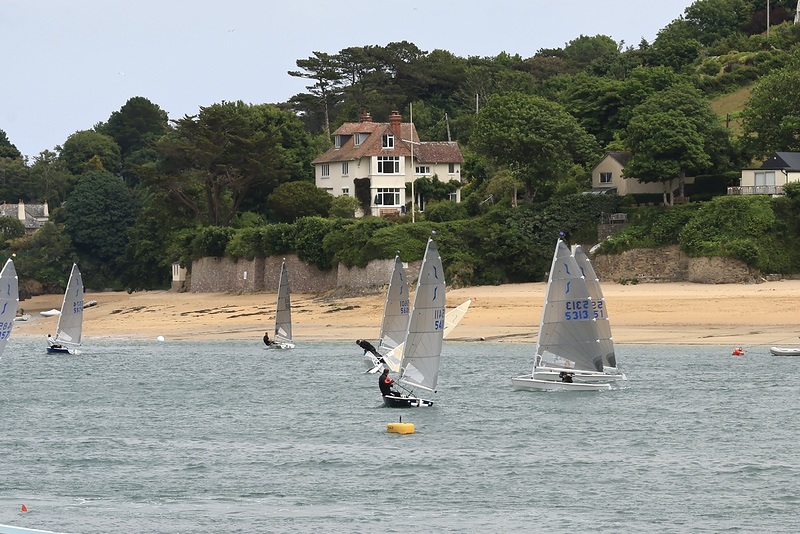