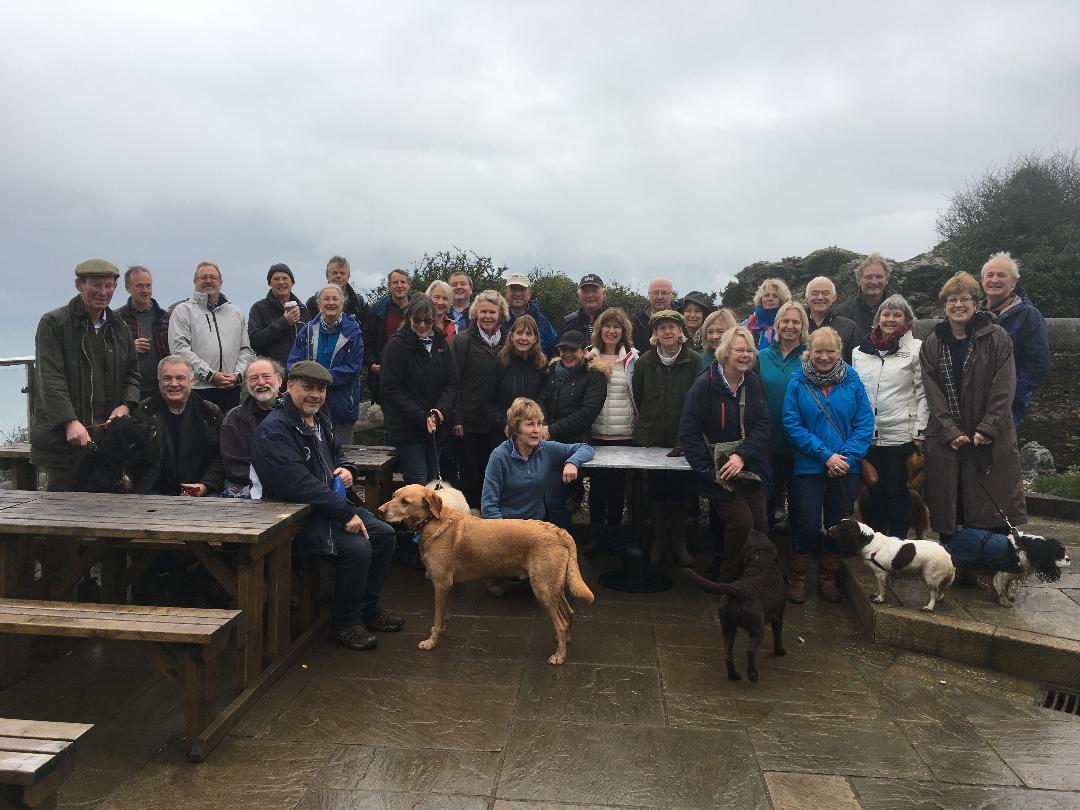 The New Decade started as we intend it to continue

A capacity crowd filled the Yacht Club and Cliff House to the brim for a memorable evening of feasting, frolicking and dancing culminating in bubbles on the terrace in a tolerably mild (if murky) midnight hour, made even more special by a fine display of fireworks from the beach opposite.

Heads were clearly not too fuddled as everyone remembered where they had to 'muster' a little later at 1030 - on the ferry pontoon at Whitesands. Simon, the ferryman, transported  31 of us to the far shore, accompanied by 11 dogs, to be met by those who actually live on the far shore.

The cacophony  of banter and general jollity must have been heard by all around as we set off along the road to Sunny Bay. The coastguard vehicle had to stop until we all trailed past and we wished them a quiet duty and hoped we would not need them later; reaching the footpath up through the National Trust carpark at Millbay and then up through the wonderful lime grove, soon arriving at The Gara Rock Hotel which welcomed us with open arms for a welcome coffee break.

The meander down the cliff path is always spectacular and no matter how many times it is undertaken, it never fails to make your heart soar. The tide was right so a walk back along the beach was possible and soon we were all crammed like sardines in the Bar of the Yacht Club for delicious homemade soup - where we found that 15 boats had ventured forth to attempted to race in light airs.

Altogether a fine start to the year.