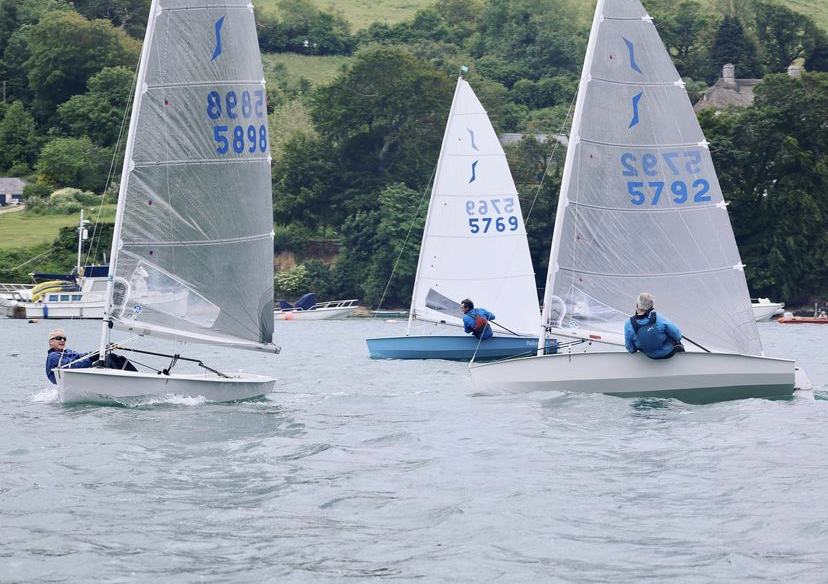 This day we were blessed with a SE 10 knot breeze on neap high water.

SE is a sub-optimal wind direction in Salcombe.

However the windward mark at South Pool produced a decent beat. Thereafter the fleets were tasked with a run and reach to Gerston; thence, a close reach to either Saltstone or in the case of Fast Handicap, back through the Bag to Snapes. This was followed by a reach, a return to Gerston then a long reach/run to the finish.

Upside; we were back home for toast, medals and in time for the Gallagher Rugby quarter finals KO.

There were no takers in the junior handicap which is a pity.

However graduates from the juniors fill the ranks of the medium handicap these days. According to the corrected time results Andrew Groves once again edged George Alexander and Charles Evans. Age and experience somehow won out but it cannot now be long before youth prevails.

Elsewhere in the Fast Handicap we counted ourselves fortunate to enjoy an almost unobstructed start from other non-racing sailors. Aero 1746 made the best of the early beat. But by the windward mark the Cranford Smith Merlin had established a handy lead over the Aero, the Squire Merlin and John/Frankie Burn in their National 12.

However this lead was to evaporate rather in the vagaries of our recurrent visits to the Bag. Aero 1746 and the Burn National 12 made particular hay on the white sail reaches

In the Solos the front group broke away from the pack by being 1) on the line, 2) in wind and not by the beach.  Robin Hodges led into Yalton by tacking into the tide to get inside the bend at Snapes. Paul Ellis powered through on the four reaches between 5 and 7. Chris Cleaves was a lonely third.

The Yawl fleet were graced by legend Phil King who constructed an unassailable lead over Andy and Elizabeth Savell. 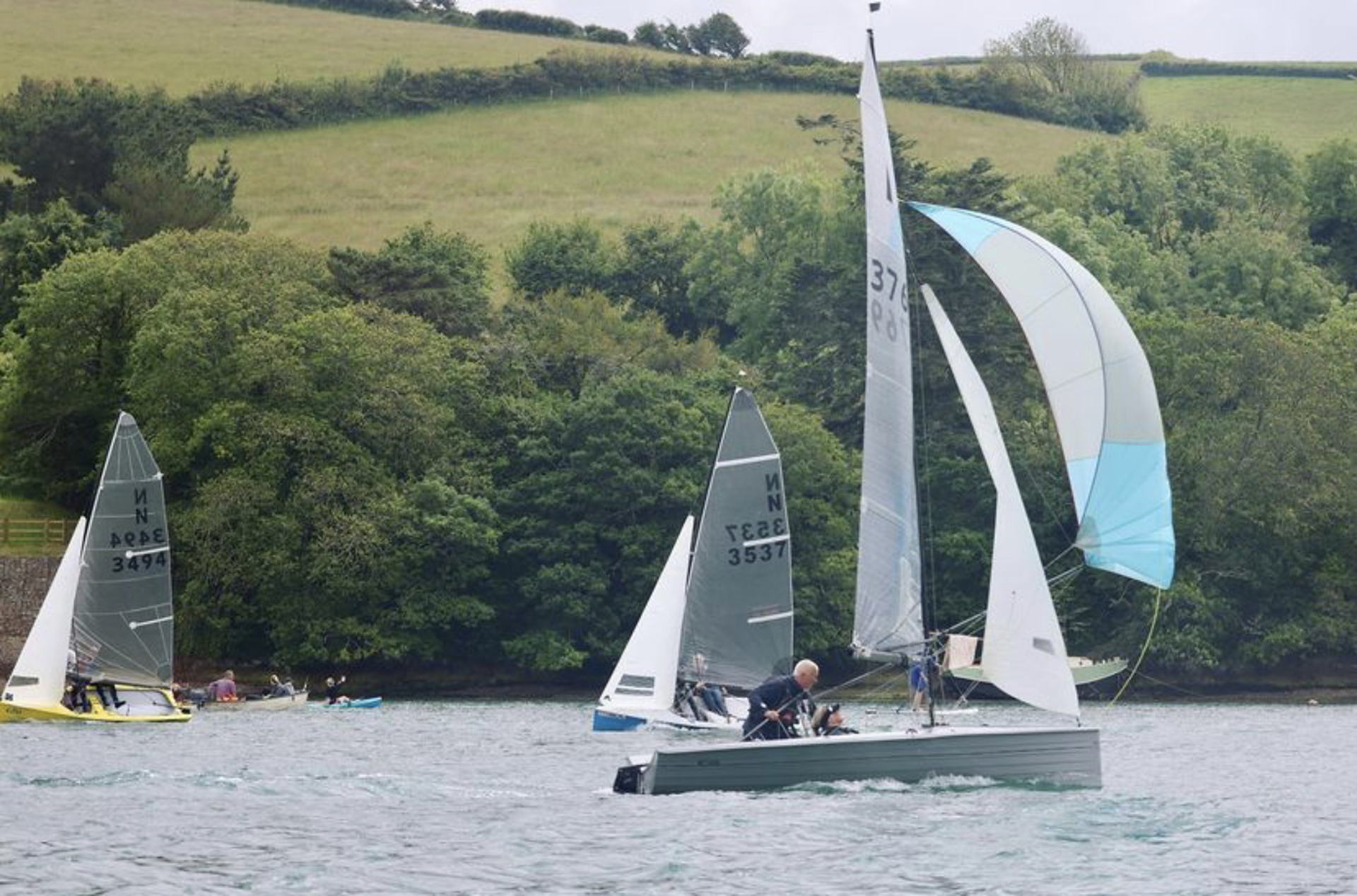 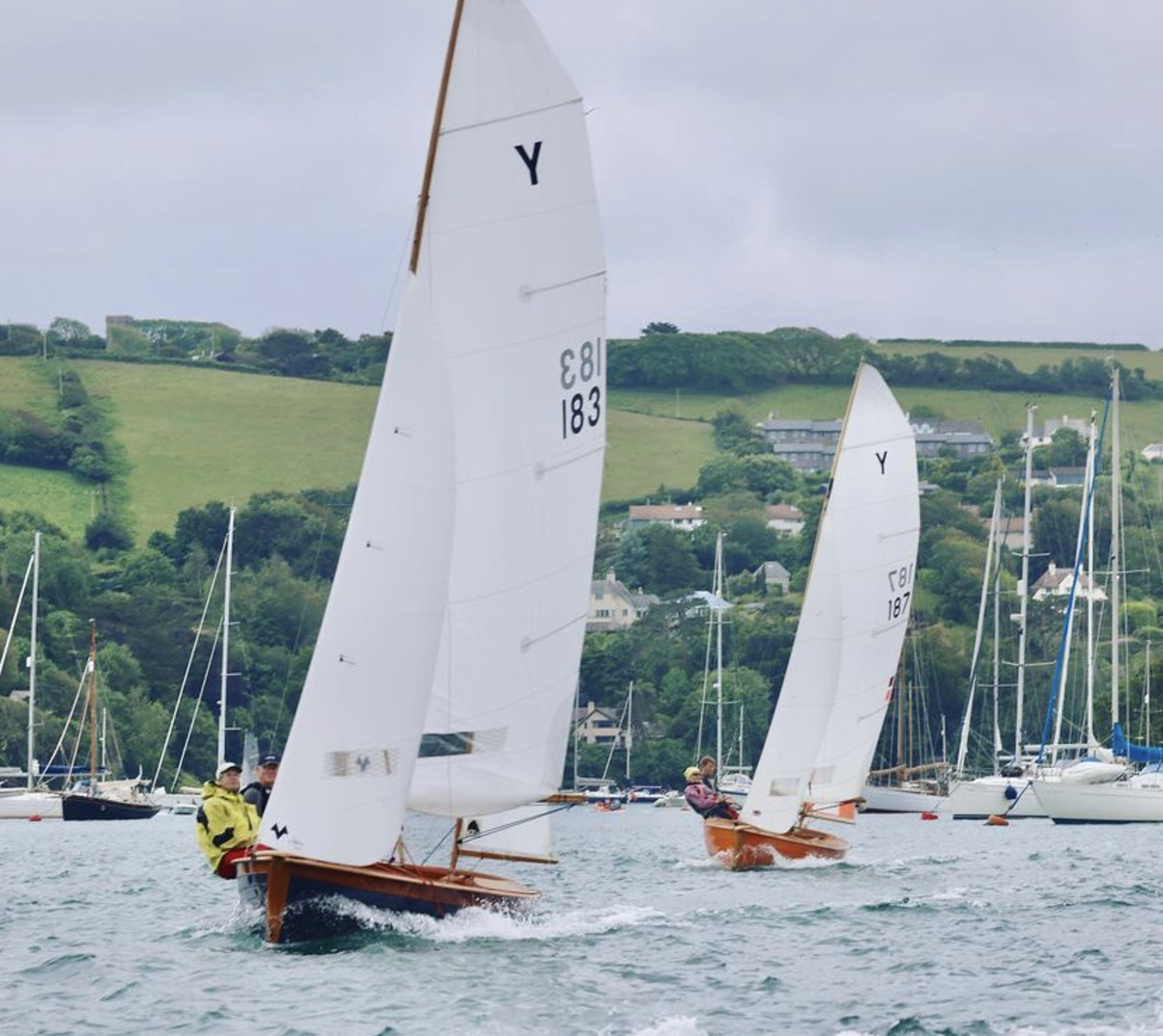