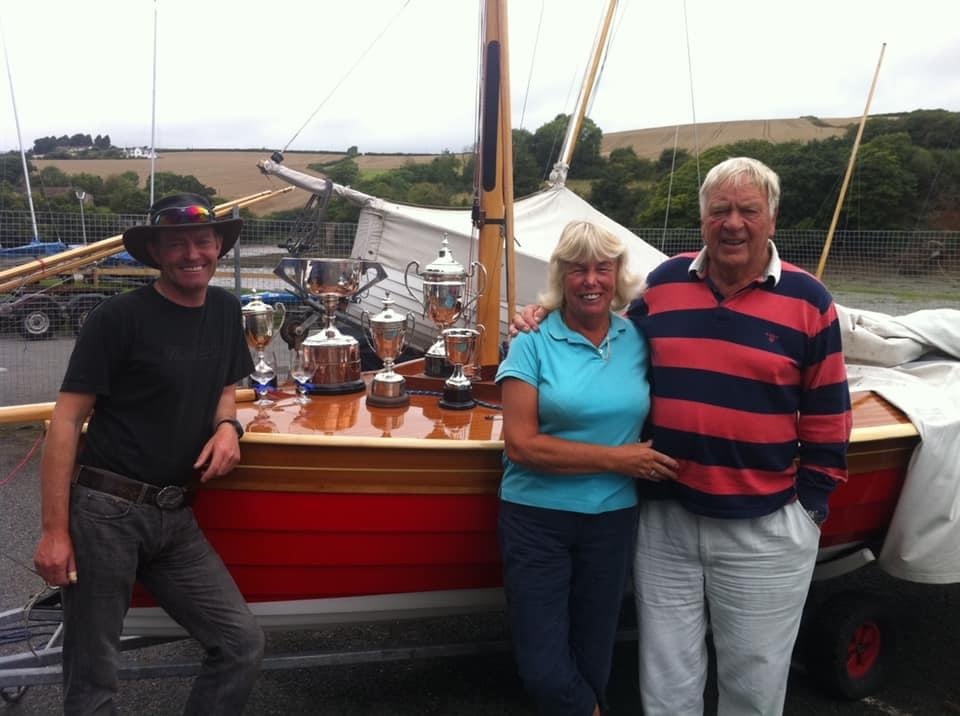 It is with great sadness that I have to tell you that Spud Rowsell passed away earlier today after a long illness.

Those of us fortunate to have known Spud will know that he was an outstanding sailor and highly skilled boat builder. He won the prestigious Merlin Rocket National Championships twice in the 1970s in boats built by him and designed by his long term friend and business partner Phil Morrison.

He brought those skills to the Salcombe Yawl class, building his first yawl for Graham Pike in 1992. He went on to build over 10 yawls and these regularly win races in the red fleet. He won the red fleet in Salcombe Regatta in 2011 sailing Y 184 Red Rooster with Kevin Driver, celebrating over 60 years of competitive sailing the year after he had undergone a major heart operation.

More importantly he was a wonderful raconteur with a fund of stories which kept people entertained and a great support and friend to everyone around the boat park whenever they needed help and advice.

He will be greatly missed by everyone who was fortunate to have known him and our sympathies go out to his wife Jan and their four children.