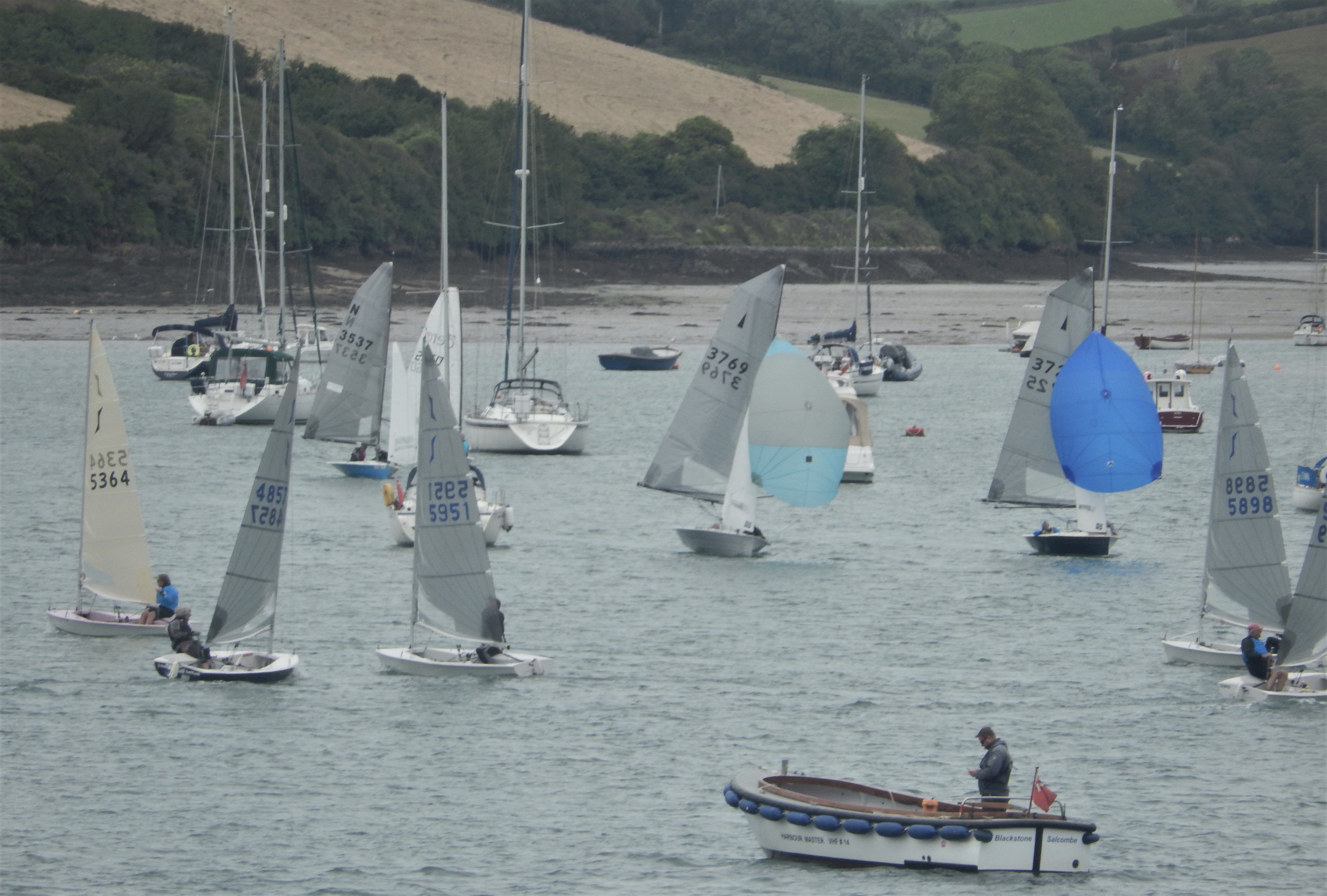 Saturday 26th June saw the kick off of the Salcombe Yacht Club Summer Series, with a light East South Easterly breeze over a low flood tide.  Race Officer Malcolm Mackley set a course seeking to maximise windward opportunities, to Crossways then to O positioned off Lambery Point, followed by an X mark off the Ferry Inn, followed by a short loop of the harbour.

In the fast Handicap Fleet, Graham and Fiona Cranford Smith made an inauspicious and premature start from the Watchhouse end, but managed to recover following their restart to catch and overtake the Merlin Rocket of AJ and Sheila Squire, the Lark of Will and Mandy Henderson and the Aero of Tim Fells, however it was the Hendersons reigned supreme on corrected time.

In the thirteen strong Solos fleet Simon Dobson and Mark Waterhouse were early leaders at Crossways, but the fleet closed up as the early leaders helped the identification of the no wind zones on the run down to O.  Eventually David Greening led Simon Dobson and Chris Cleaves through a gap in the Hipple sand bank to break clear in fresh breeze toward mark O, with Cleaves first around.  Upon the return to the harbour Cleaves relinquished the lead to Dobson, with Greening taking third.

In the Yawls, returnees Dan and Gail Bridger sailed outside the Blackstone to draw out a respectable lead from Mike Knowles sailing with Nicky Bass, who managed to launch their Yawl just in time.  Geoff Gilson and Stephen Page secured third place.