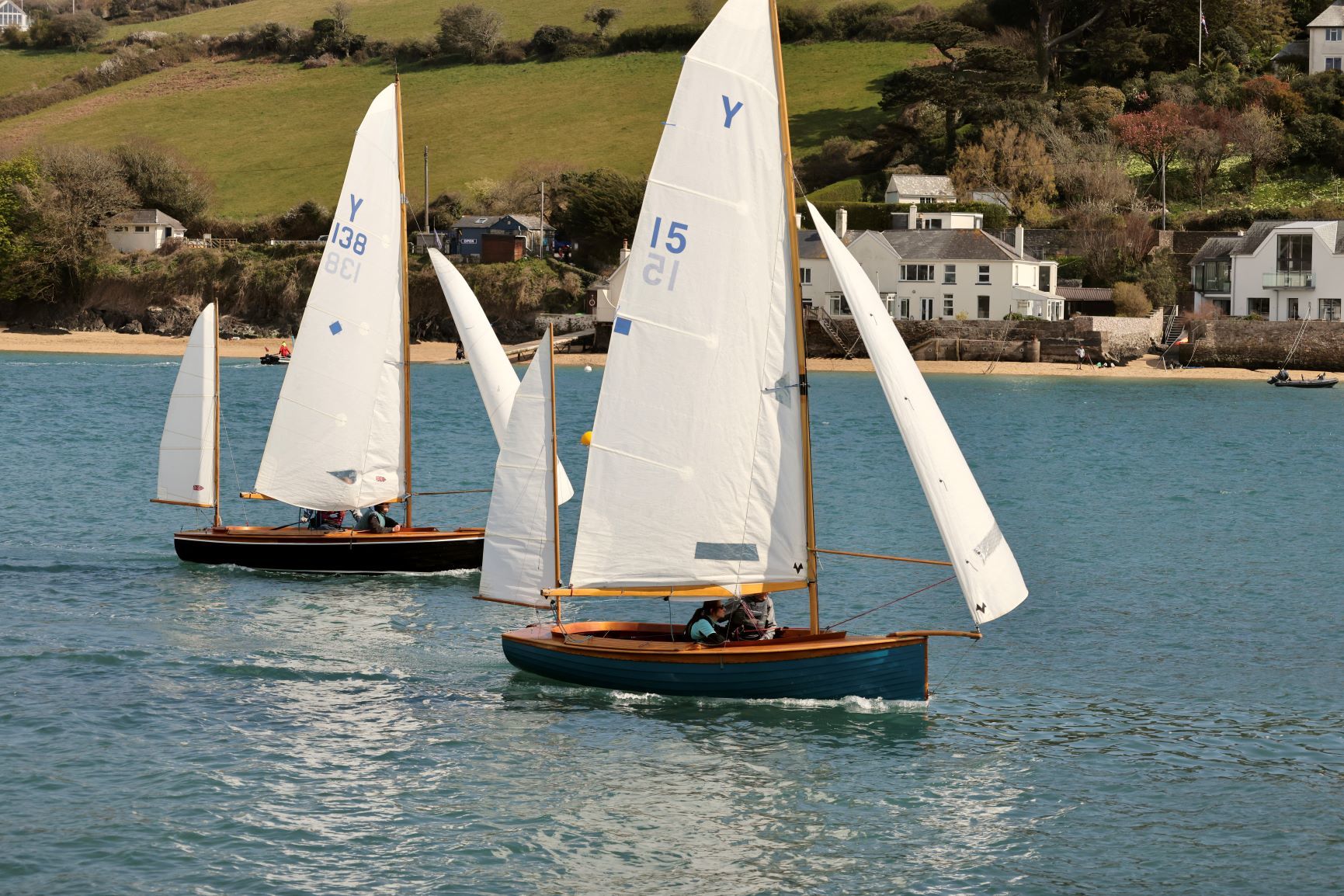 April 10th saw the first races of the Salcombe Yacht Club Spring Series, with a Force 3 to 4 North Easterly on a flood tide, Race Officers Will and Mandy Henderson set the fleet on a beat to Tosnos Point, followed by a tight reach to Gerston before reaching back for two laps of the harbour.

The thirteen strong Handicap fleet was first away, and an impressive port tack flier by the National 12 of John Burn and Ross Borne gave them a momentary lead.  The Yawls of Andrew Wood and Stephen Galvin were adjudged over the line at the start and had to restart or not as may be the case.

The RS 400 of silver foxes Peters Colclough and Bennett was particularly suited to the course and did a horizon job on the rest of the fleet, finishing over ten minutes ahead of the Merlin Rocket of Graham and Fiona Cranford-Smith.  Andrew Wood and Tim Petitt staged an impressive recovery from their restart to finish second on corrected time from the SYC Youth section in the form of Ben Meek, Henry, and Charles Evans sailing Laser 4.7s.

Fifteen Solos came to the line for what was a very competitive start, Paul Ellis celebrated his birthday by breaking clear of the pack to extend a massive lead by the end of the race.  Commodore Andy Savell followed Paul around Gerston, but was swallowed by the pursuing pack comprising Cleaves, Meek, Hodges, and Dobson, who after much place changing were to finish in that order.

After the race Ellis was to comment that this was the second week that I seem to have been followed around the course by my own wind supply likened  to the Brabham BT46 which was subsequently outlawed.