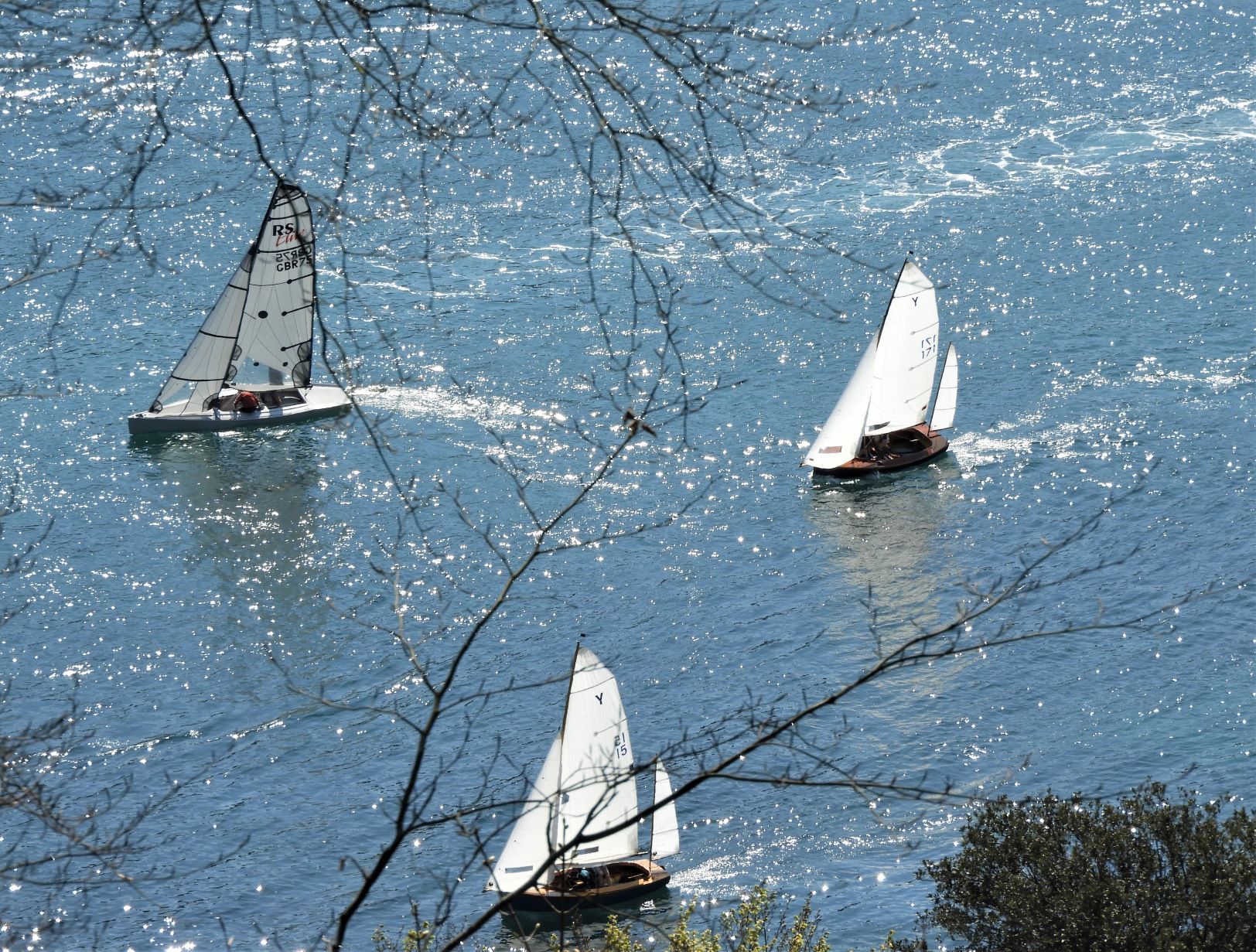 Salcombe Yacht Club brought the start forward on Saturday April 17th to allow sailors to be off the water in time to celebrate the life of HRH the Duke of Edinburgh in the afternoon.  The earlier start did nothing to diminish the enthusiasm of the 33 sailors who took to the water in a Force 3 East North Easterly on an ebbing tide.

Race Officer, David Greening, set the fleets on a course to the Yalton Mark in order to provide a tactical beat then to Blackstone, a Y mark of Port Waterhouse followed by Millbay to a shortened finish.

In the handicap fleet the RS Elite of Martin and Cheryl Beck led off the starting line, slicing through the ebb tide.  The Yawls split between the Portlemouth side and the Salcombe side, with Mike Knowles and Nicki Bass staying on local turf by beating to Ditch End before crossing the tide, resulting over a healthy lead over the Yawls of Mike and Karen Whitehouse and Geoff Gilson and Chris Spencer Chapman.  Four Yawls hung on doggedly to the coat tails of the Elite and were rewarded by the first four places on corrected time.

Fifteen Solos came to the start line, despite several of the regular protagonists being involved in the race management.  The entire fleet crowded at the beach end of the line for the start, and it was Paul Ellis who burst out of the gate first, only to move back as he stood into the tide for too long, with Chris Cleaves, Ian McGregor and returnee Martin Hodgson in pursuit.  Paul peeled off from Fishermans and crossed the tide to the Yawl trots to pursue a great circle route into Yalton, while most of the fleet gained little reward for short tacking through Ditch End, so by Yalton Paul had pulled out a commanding lead that was unlikely to be challenged.  Despite the pack being closely bunched at the final turning mark, Chris Cleaves secured second place from Martin Hodgson following short tacking up to the finishing line.