A strong ebb tide, the wind, again, predominantly from the west and some pretty punchy gusts ripping down the estuary made for some exciting racing. 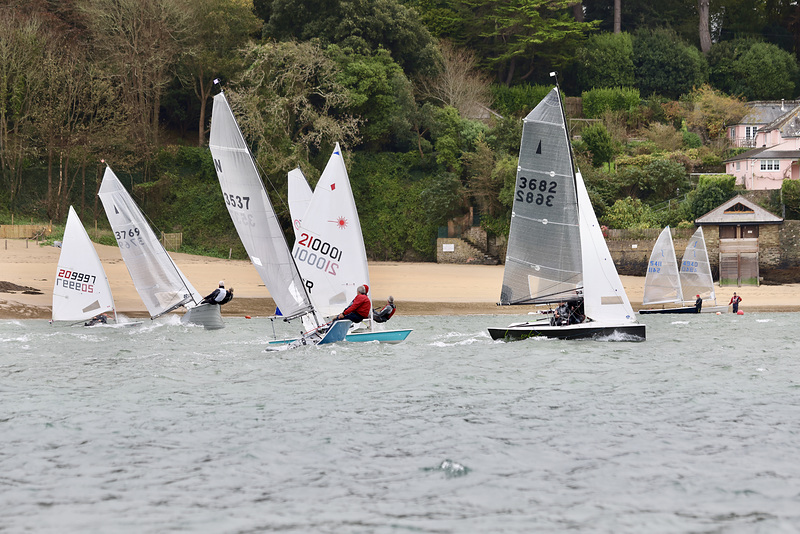 Capsizing was order of the day for some and gear failure for others, notably Simon Ballantine who's Aero 7 halyard decided to let him down shortly before the start but, I'm glad to say, he succeeded in a repair and made the start of the race.

Mike Hoyle and Sian Hodges in the N12, had their fair share of problems; issues with the T-foil rudder as they entered The Bag meant they had to head for the nearest pontoon to attempt a repair. A miscommunication saw Sian jump overboard but, it was later discovered that what Mike in fact meant when he said "lets get out of here" was to sail off the pontoon and not abandon ship!!

Henry Evans had a great start in his Laser Radial. His brother, Charlie, also in a Laser Radial, managed to stay in close contention with the faster Aeros for much of the race. In fact, the three Radials, N12 and Aeros all bunched up and rounded Snapes Point in one group. Both Charlie and Henry's race was unfortunately cut short; Henry's rudder broke so he headed for Batson and Charlie, after numerous capsizes, felt he was also done for the day and followed him in. 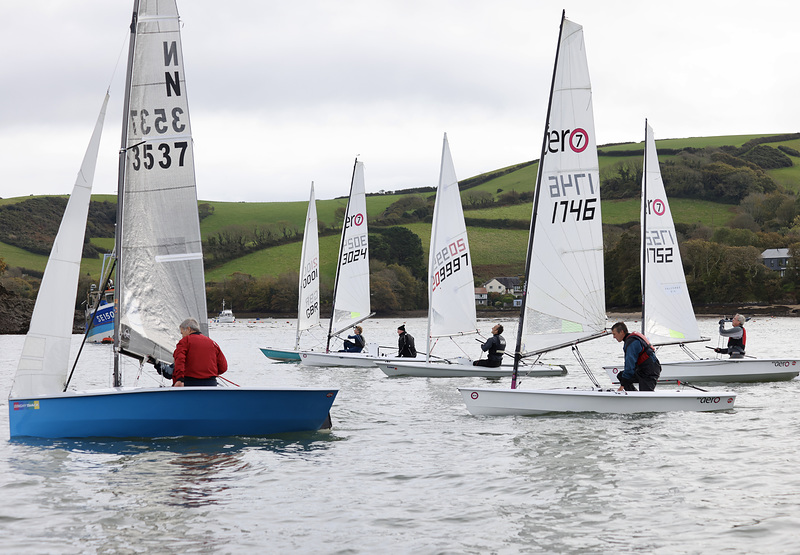 Ethan Jones, sailing a Laser 4.7, also suffered multiple capsizes and in the end, thought better of it and also headed home early.

Dan Bridger and Simon Ballantine both in Aero 7's, had a close race with each-other all the way round the course, both capsizing (some more than others) and were perfectly suited for the blast back from Gerston. It was ultimately Simon who won out though, finishing strongly; taking 3rd on corrected time, with Dan taking 5th. Geoffrey Cox also in a 7-rig took 7th.

Ross Borne and John Burn in the Merlin, were fast out of the blocks again, they rounded Blackstone 1st followed by Graham and Fiona Cranford-Smith also in a Merlin. The faster Merlins stretched their lead over the fleet throughout the race, Ross and John finishing 1st but it was only good enough for 2nd place on corrected time, with Graham and Fiona taking 6th.

Andrew and Tristram Squire in the Albacore, held station in 3rd position. They managed to fend-off the very fast chasing pack of Aeros and Radials and put enough time between them to take 4th on corrected.

It was Andrew Groves in his Laser Radial though, that took the bullet. He relished the conditions and was extremely fast on all parts of the course, on current form he is going to be very hard to beat! 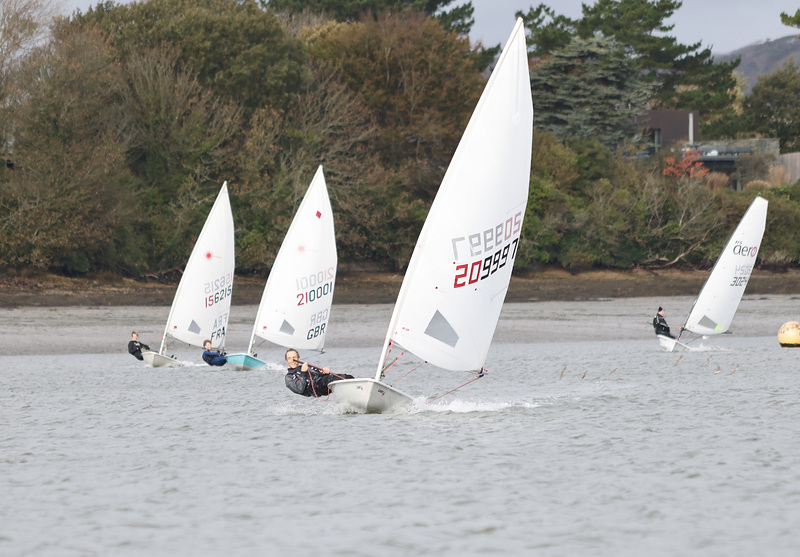 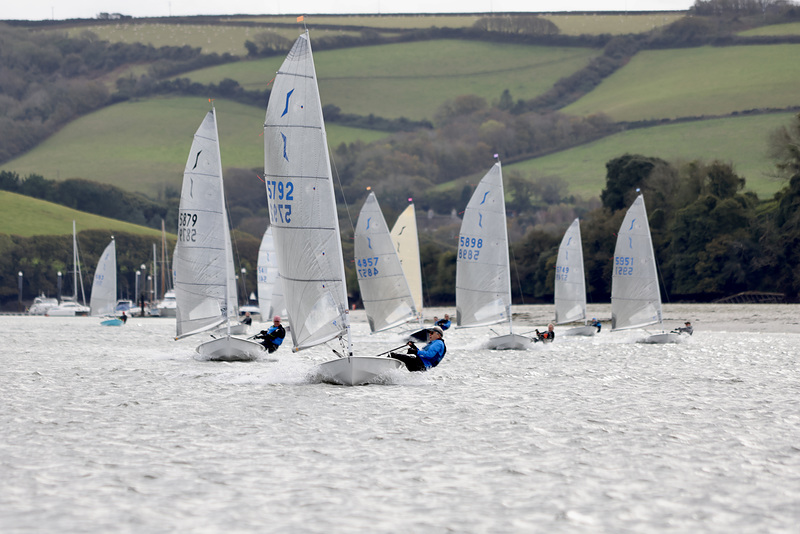 Billy Jago made a great start on port, managing to cross the fleet of starboard-tack boats. However, further up the first beat, Tim Law nailed the starboard lay line from a long way out to round Blackstone in the lead closely pursued by Paul Ellis and the chasing pack. Law and Ellis managed to break clear on the run to Gerston whilst the rest of the fleet got involved in a dog fight through The Bag.

Adrian Griffitn and David Greening profited by taking the low route close to Halwell Woods to come through to 3rd and 4th respectively.  The blast reach back from Gerston was fun, for some more than others; Jonathan Reynolds unfortunately clipped the mark and whilst executing his penalty turn, ended up going for a dip.

It was a very demanding beat in a gusty westerly back up to Blackstone, Chris Cleaves caught Greening and eventually Griffin to finish 3rd whilst up ahead, Law held a narrow margin over Ellis at the Windward Mark. Ellis gybed at the buoy and floundered in a light spot whilst Law, surfing on a puff down the Portlemouth shore sailed off to victory. 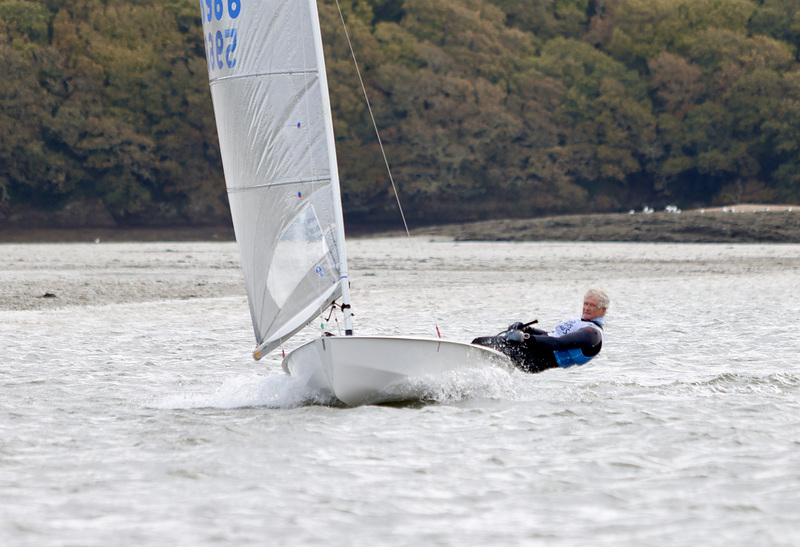