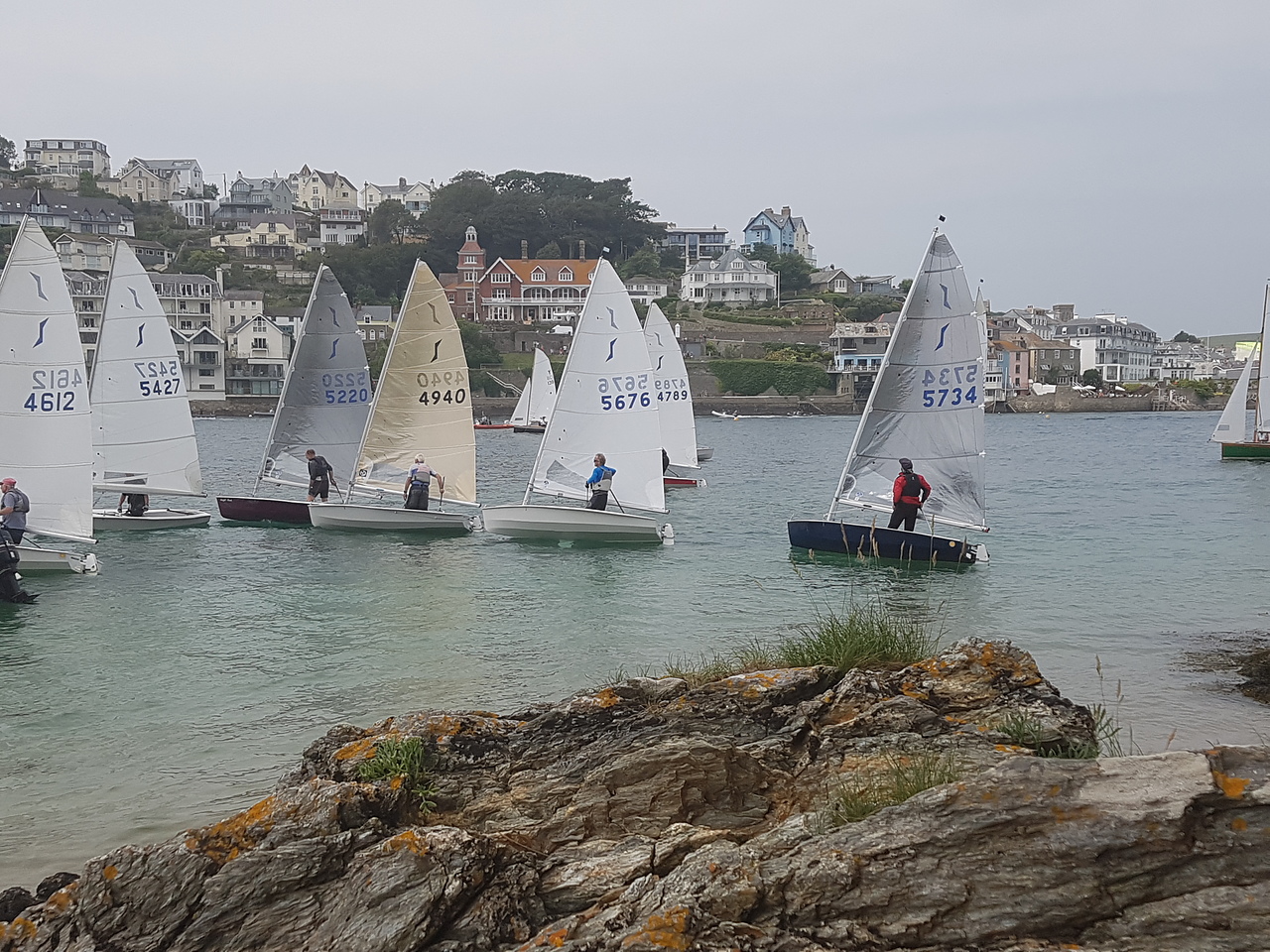 With light breezes emerging from most aspects of the southerly quadrant, Race Officer Tim Fells set a conservative course within Salcombe Harbour for the dinghy racers participating in the fourth race of the Salcombe Yacht Club Summer Series on 29th June.

In the Junior Handicap it was great to see Issy Wood produce a very competent performance to finish over ten minutes ahead of the Tera Sport of Edward Alexander, who did well to finish second in the smallest boat and in challenging conditions.

Simon Ballantine continued his domination of the Medium Handicap fleet in his Aero 7, leading off the start line, on the water and on corrected time, with the Laser Radial of George Alexander just beating the Feva of the Groves into second place.

In the Fast Handicap, and in the absence of Alistair Morley, Phantom sailor Chris Cleaves led off the starting line, though was eventually overtaken on the water by the Merlin Rocket of AJ and Tris Squire, however Cleaves prevailed on corrected time.

In the twelve strong Solo fleet, David Greening led off the line on the Portlemouth shore, only to sail himself out of wind in Millbay, allowing Simon Gibbens to build up a healthy lead on the beat out to Blackstone.  After some tight racing between Greening, Simon Dobson and Peter Sturgess for the minor places, Dobson prevailed on the beat back from Crossways moving into second place at Ditch End, with Greening just holding off Sturgess to the finish.

With summer approaching, nine Salcombe Yawls took to the water, a testament to the skills of orthopaedic surgery.  The Modern Yawls of Geoff Gilson sailing with Chris Spencer Chapman and Graham and Tessa Pike led the beats, but neither of these boats built up a sufficient lead to prevent the Classic Yawls of Barney and Juanita Greenhill taking the win from Andrew Wood and Richard Morris.