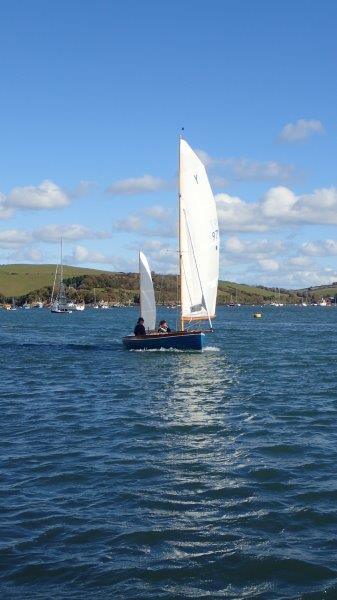 Saturday 27th October saw the start of the Salcombe Yacht Club Winter Series.  Woolly hats and sunglasses were essential wear on a chilly bluebird day.  Despite the low Spring tide, Race Officer Simon Ballantine was able to set a long first beat into a brisk nor’easter toward Gerston.

Eleven Solos came to the line, and with a strong ebb tide, the fleet was split between the Salcombe and East Portlemouth shore.  Charlie Blazeby made the best start from the Salcombe shore, which encouraged those on the Portlemouth side, led by Simon Dobson to bank their losses and cross over.

After much mixing in the main anchorage, Ed Stephens headed out into the tide to find more wind, followed by Roger Guess and David Greening, who drew out a considerable gap by the Gerston turning mark.  With little room between the mark and the mud banks, Guess who had driven his way through to the lead, failed to make the bear off, allowing Stephens to gybe into first place.

Seventeen boats made up the Handicap fleet including five Phantoms, four Salcombe Yawls; a group of Laser 4.7s and a plethora of other boats compete for the second start of the day.

Chris Cleaves initially led the Phantoms and Andrew and Izzy Wood the Salcombe Yawls, however the theoretically slower Firefly of Peter Cook and Janet Exelby held onto the faster boats at Gerston sufficiently to earn the corrected time victory, while the Yawl of Stephen Galvin and James Smith came through strongly in the stiffening breeze; Cleaves eventually forfeited 3rd place to Alistair Morley, following a poorly executed mark rounding, something that Cleaves will be able to practice when he commences retirement later this week …

Photographs by Charlie and Helen Lloyd 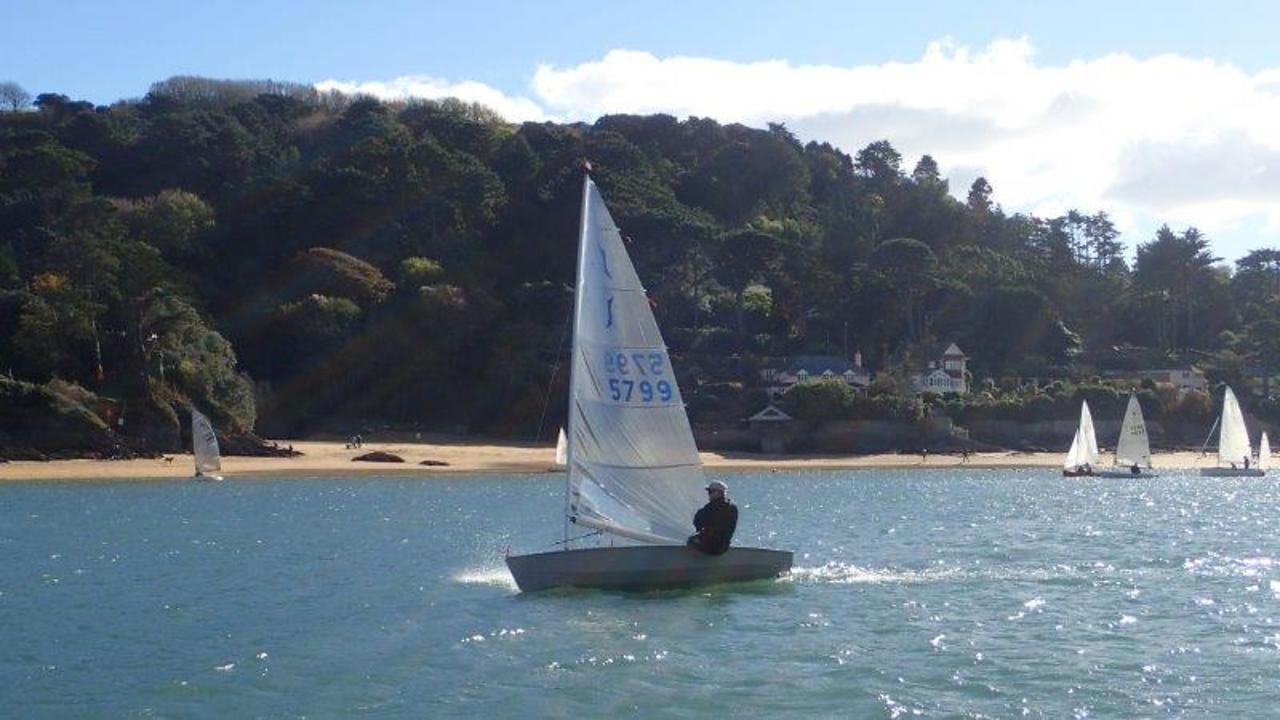 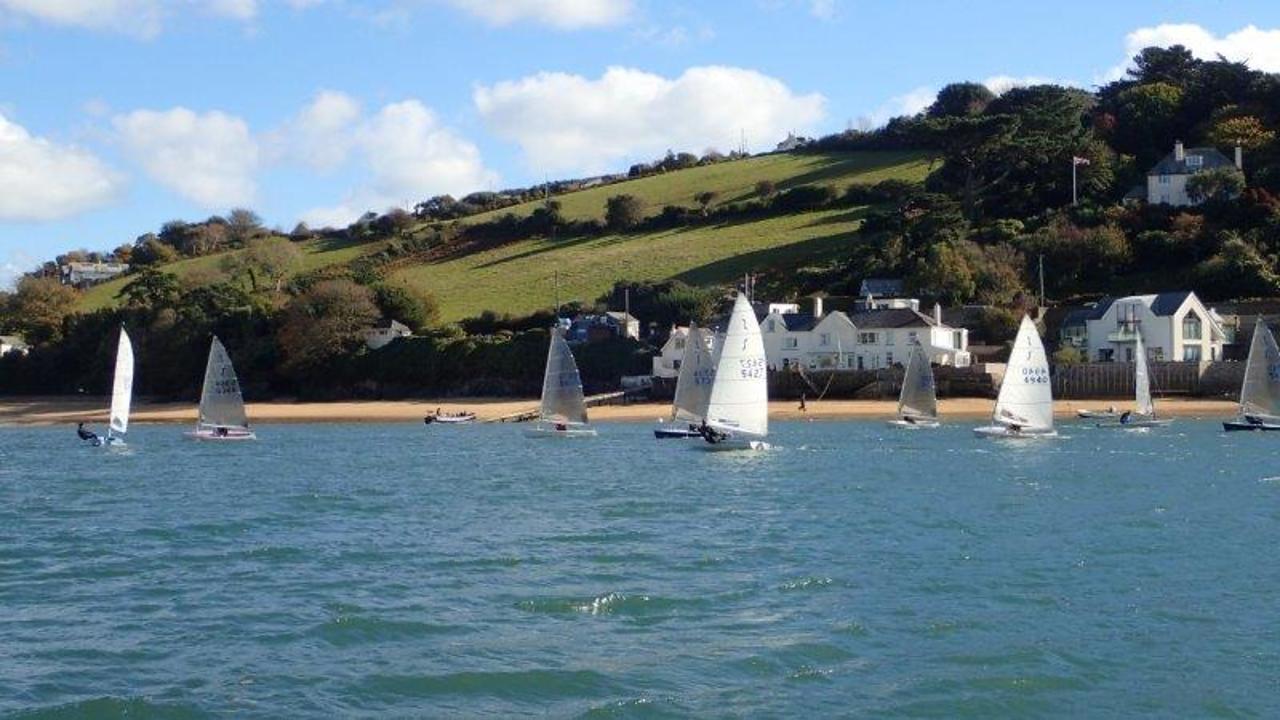 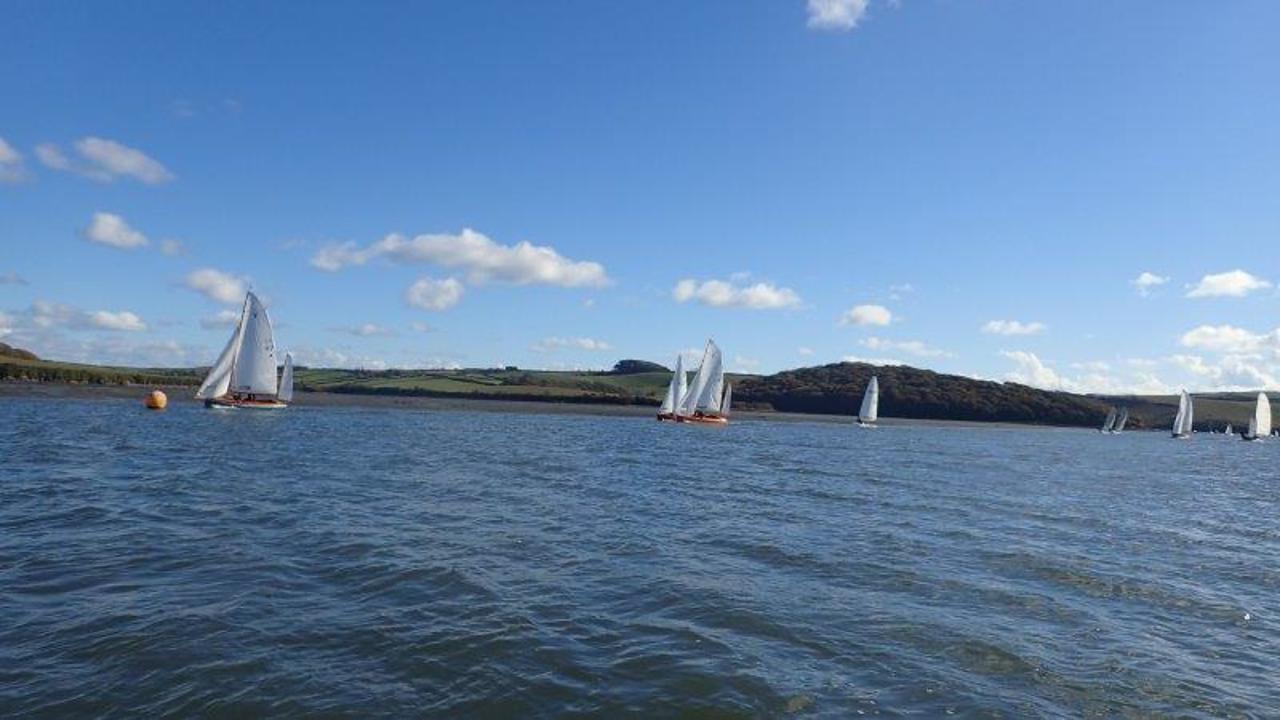