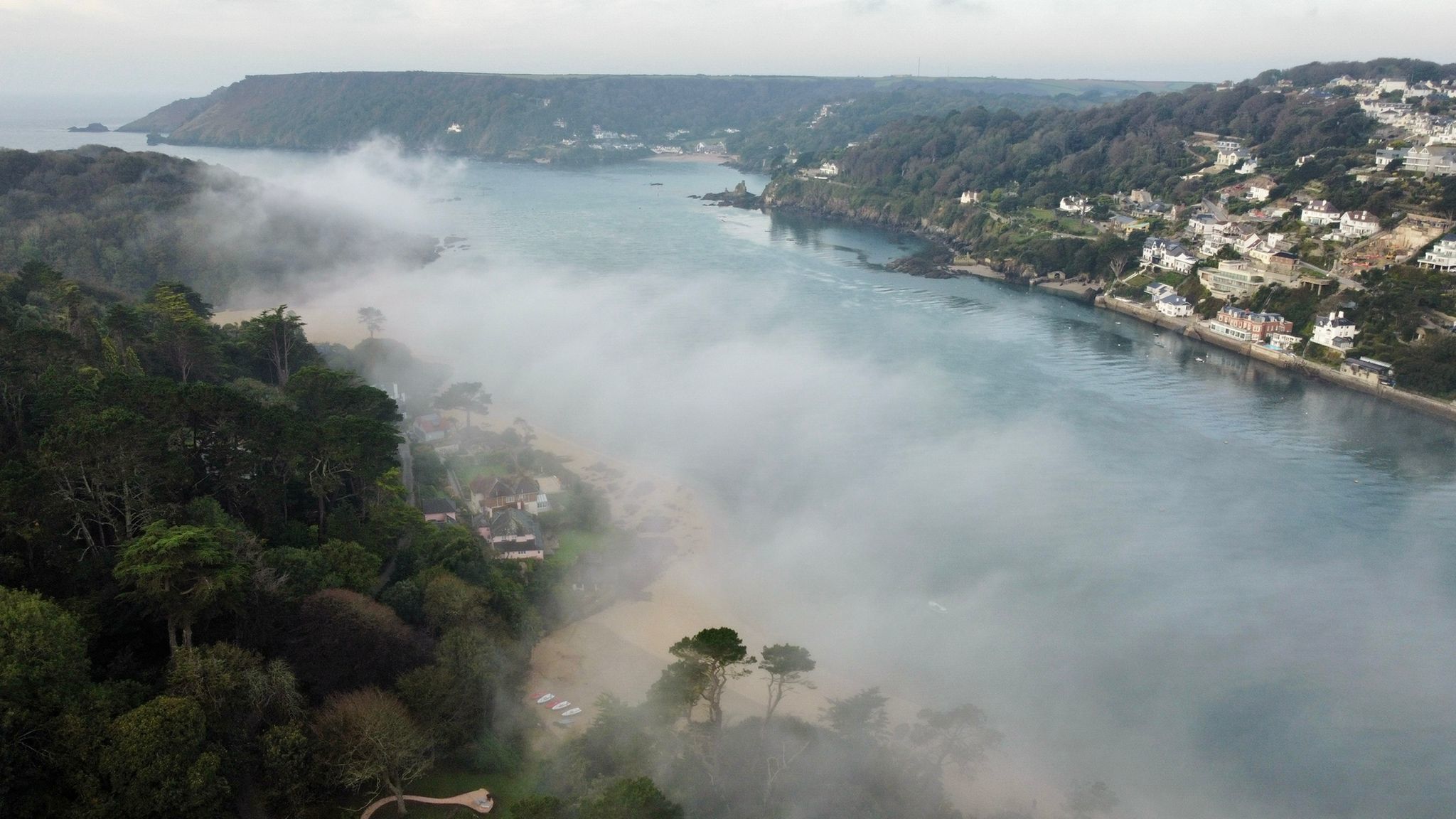 Through the good offices of SYC Class Cap Adrian Griffin, and NSCA Solo SW area representative, John Steels, this event received excellent promotion. Especially as it turned out, the weather was the last of the extended sublime weather.

As a result, the event attracted forty-three entries of which sixteen were visitors. Adrian had also organised a training day on the preceding Friday, convened by Charlie Cumbley of North Sails. Aside from demonstrating the latest North Sails Solo products Charlie readily engaged the attention of the twenty-two present on the intricacies of the Solo. We all learned a lot. Thanks again Charlie.

Almost everyone had travelled to Salcombe the preceding day however the first race of three over two days started at 13:30 in a light Southerly breeze against a neap but briskly flooding tide.

Race officer Ian Stewart and team set a course to Blackstone, thence a long run to Gerston in slight pressure. From the Bag on return we enjoyed a visit to Mark 4 at Southpool followed by a shortened course. Sounds like a short race. It was not. Over two hours of fun for some.

As ever at the start, much was in balance as to which side to favour. Town, or Portlemouth. Those on the Town side showed early promise. But it is a brave person who would bet against local Paul Ellis who favoured the Portlemouth side. And so it proved. He, with Tim Law and others, such as Cleaves and Ed Stephens made it to Blackstone marginally ahead of Chris Jennings and Ollie Turner the leaders of the gang from Town.

Much concentration was required to make the best of the listless pressure as the fleet paraded through The Bag on the flood to Gerston. By this point Paul Ellis had established what looked to him to be an invincible lead.

Nothing is certain in a Salcombe race however. His lead evaporated en-route back through the Bag somewhat such that helms like Simon Dobson, a noted light weather guru plus Jennings and Cleaves were definitely in the hunt by the final beat to the finish.

Ellis however prevailed and posted a bullet, followed by Dobson. Prominent Merlin helm, Chris Jennings being no stranger to the vagaries of Salcombe came third.

On Sunday, the prospect of racing in the Range disappeared with the early morning mist. As so often there was more breeze in the Ria than outside. After a short and well-judged postponement Ian Stewart and team alighted on a windward leeward course in the main harbour.

The fleet was super keen this morning after a curry and convivial evening at the club. Many were OCS so a black flag start followed a general recall.

A left shift at the start in a slight flood should have favoured those at the beach side. But lack of ability to tack and a noted absence of pressure there did not help. Those in the middle right came out ahead. Once again Ellis aced the windward mark in his distinctive blue-hulled steed.

By this point Cumbley had awoken but even he was unable to outgun Paul in the tacking festivals between mark three and one/two. Pretty much the whole fleet favoured the Town side on the upwind legs giving onlooking patrons of the Ferry Inn and competitors alike, indigestion in the process.  Weed was a factor in the fortunes of some.

Having won two races Paul Ellis had won the event with a race to spare. But either through the sheer fun of it, or being unsighted on the SIs, he remained on the pitch for the final race. Again this occurred in a Southerly breeze but a definite flood tide.

Some in the fleet, including rock star Ollie Turner (a refugee from the RS200/Merlin fleets welcome), at the start on the favoured Portlemouth shore pushed their luck and later crossed the finish line in silence.

Of note Paul, who had not for once won the first beat tacked off onto starboard at the first leeward mark. He at first alone alighted on the Portlemouth shore for the long climb back to Blackstone. He was then followed by Dobson and Stephens who read this right and made hay. Jennings had done ok on the Town side but this was for nought he being one of the several OCS casualties.

At the gun, Ellis from Dobson from Cumbley. Final score: Paul Ellis 1,1,1. Remarkable. A gifted sailor; not just in dinghies either.

In all, though we say it ourselves, a fun event. Particular thanks to all our visitors. You are extremely welcome. Thank you too, to Ian Stewart and his race team, including the safety boat crews. Plus the hardworking staff of SYC. Thanks also to John Steels of the NSCA and our very dear Class Cap Adrian Griffin who was laid low for the duration. Get well soon Adrian. 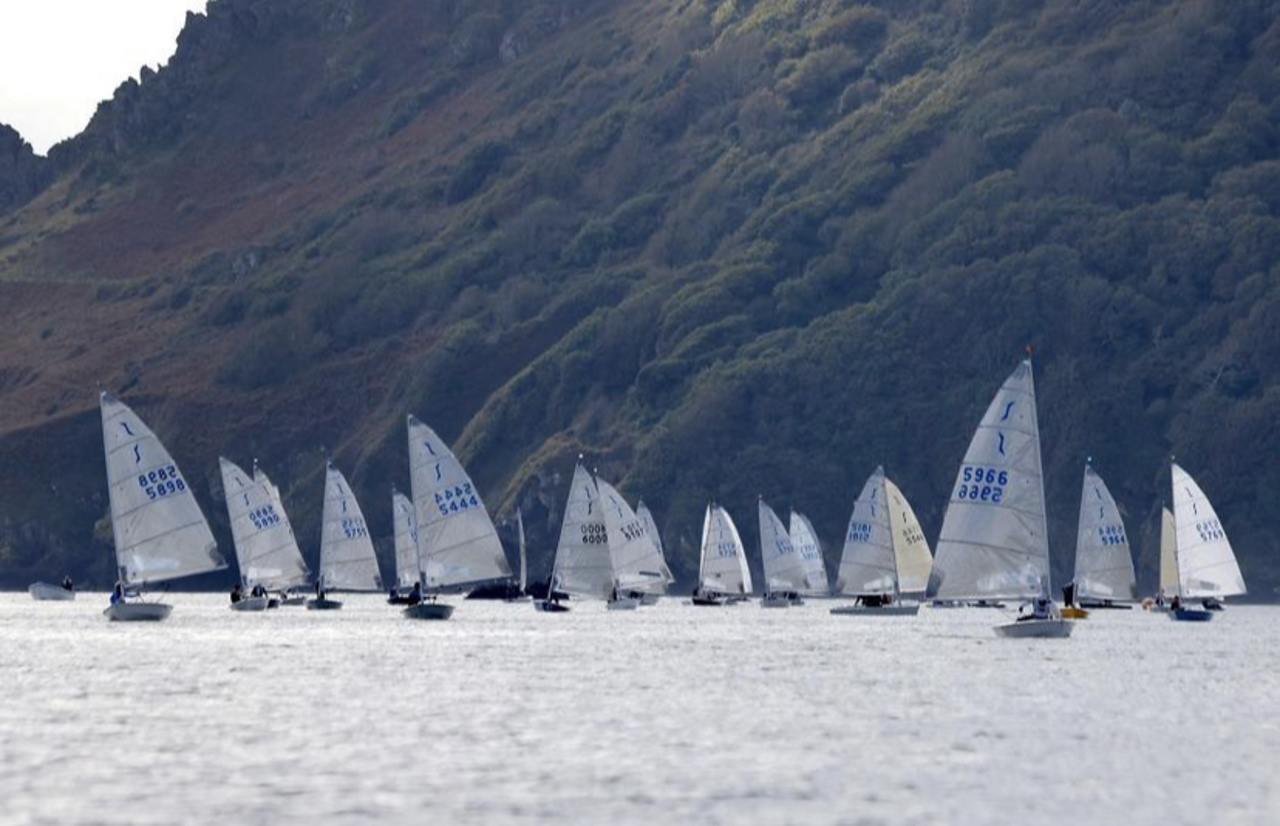 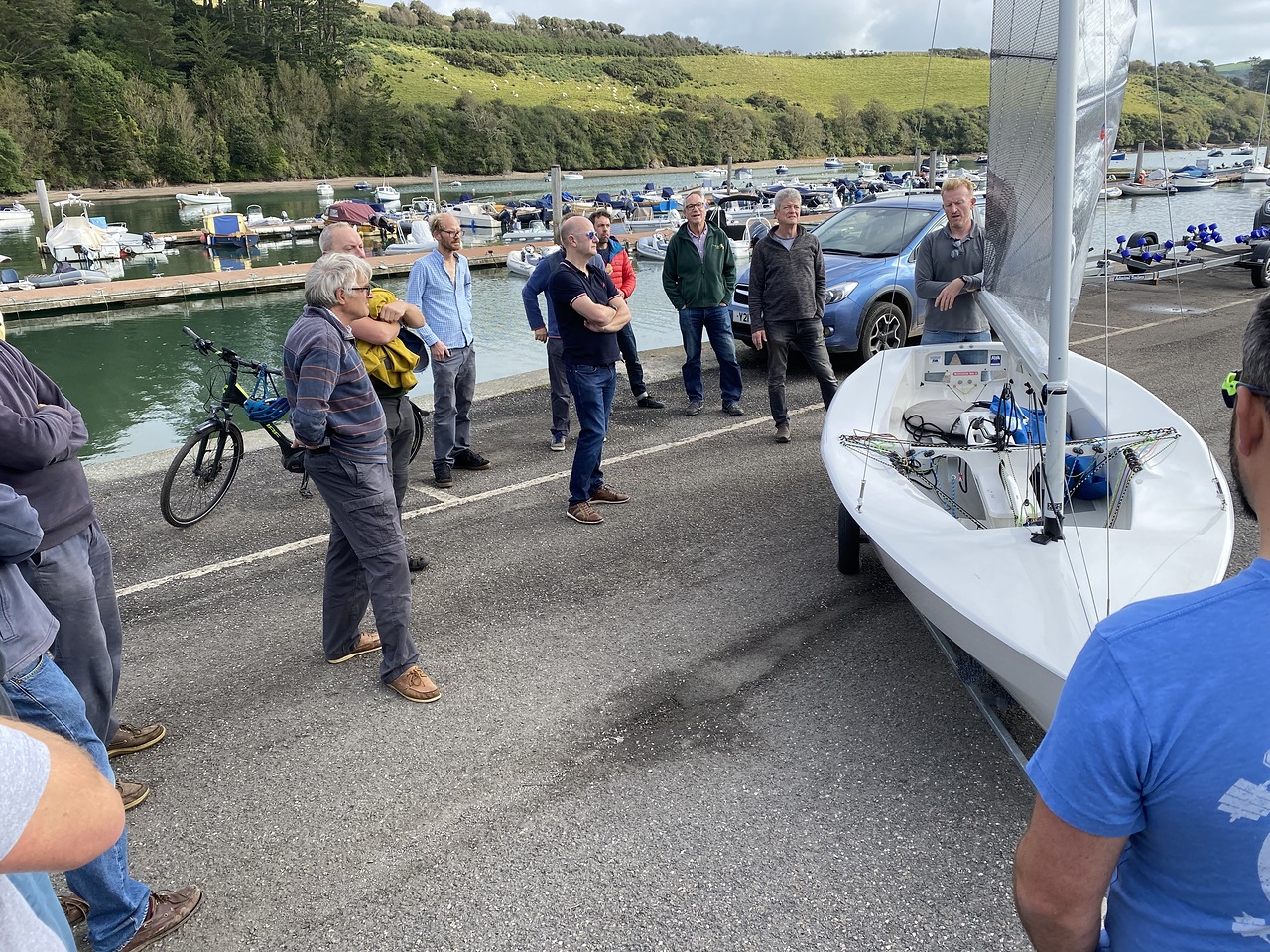