The sailors were in for a tough race on Saturday, a fresh 18 knot SSW breeze with gusts hitting the mid to high 20s was on hand to test their skill and fitness.

Robin Hodges stepped up to take charge of proceedings, amazingly his first time as acting OOD but you would never have known.

Robin set the course 1-7-5-6-1-3, a superb course for the conditions offering up some long upwind legs and plenty of fast downwind action. 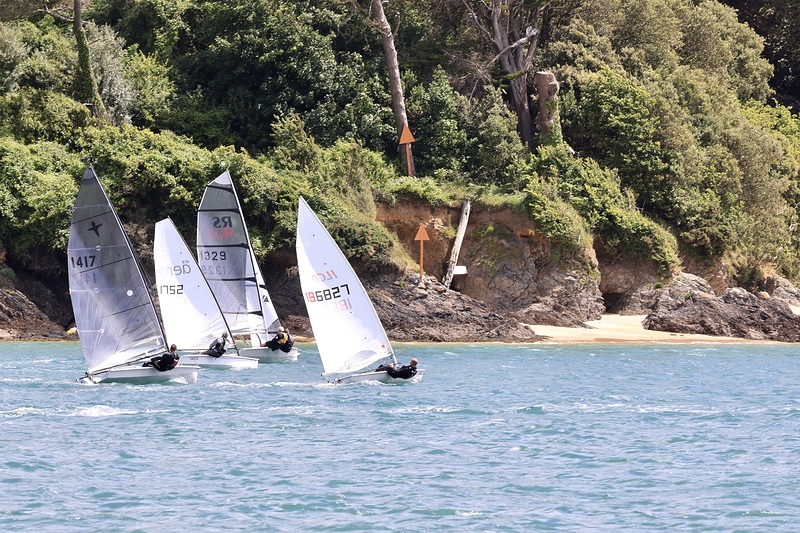 The small fleet all started on the Portlemouth side and short tacked up the beach heading for Blackstone.

Olly Alexander in the Phantom was the first to be caught out by a ferocious gust just off Millbay, unable to dump the main quick enough he unfortunately got blown over. 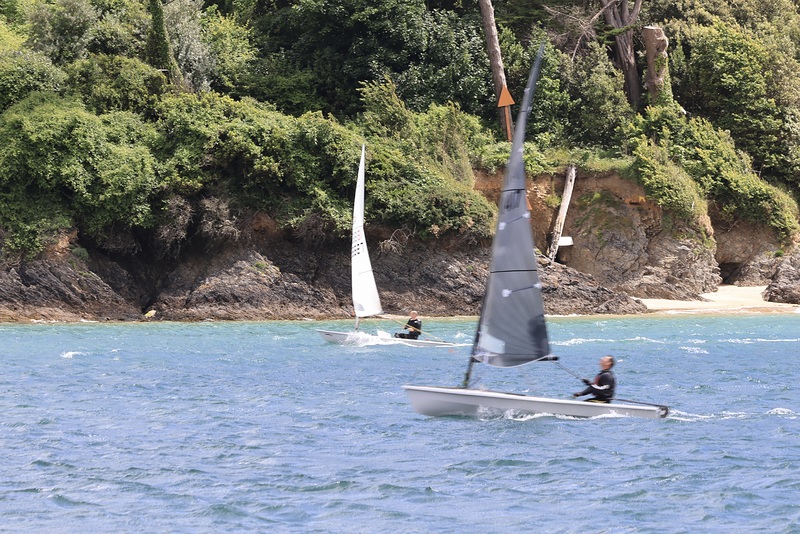 The RS 400 of Peter Colclough and Pete Benett rounded Blackstone first followed by Dan Bridger in an Aero 7 and John Burn in his Laser. Olly made a quick recovery and rounded just behind. 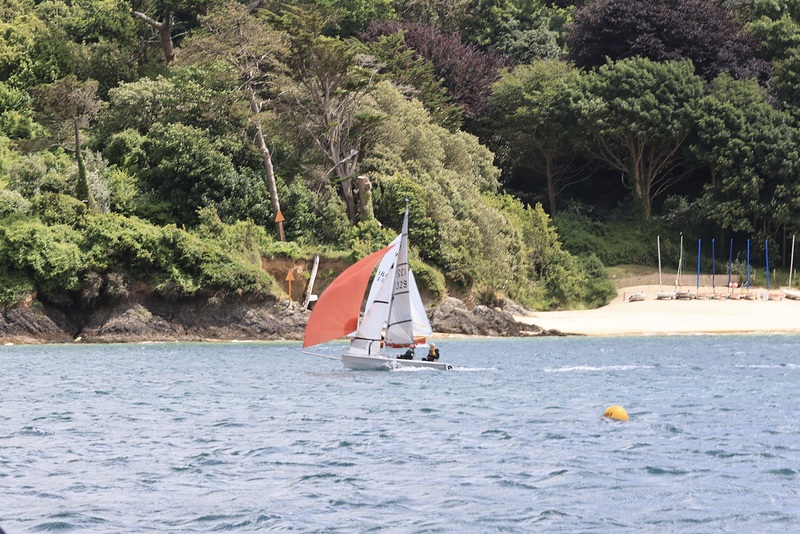 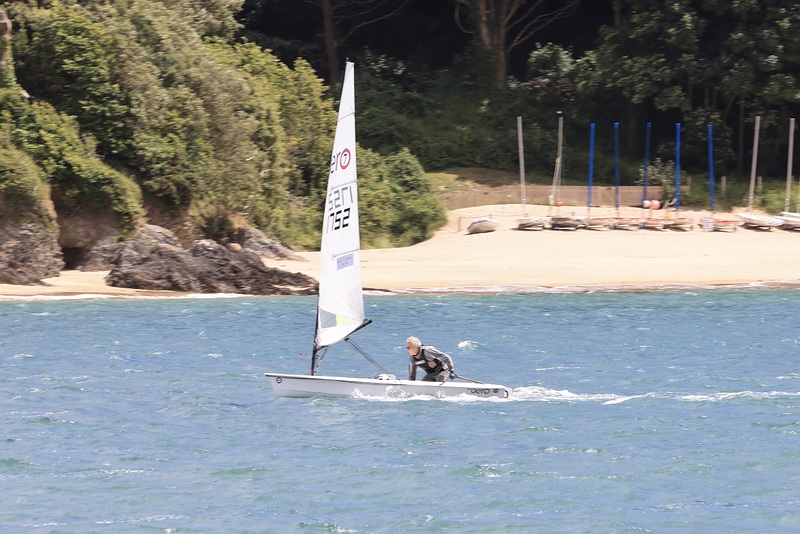 Once the fleet entered the Bag they quickly dispatched the leg to Mark 7 without any drama. However the loop in Frogmore Creek was particularly eventful for some, one of the windiest sections on the course the sailors were treated to an exhilarating blast as they made their way to the Mark.

Once round it was a long hard beat against the tide all the way back to Blackstone. John Burn found himself next to be caught out, getting his buoyancy aid hooked on the main sheet mid-tack, inevitability it led to multiple capsizing and a lot of faffing before he managed to get back in the groove.

The fleet stayed in natural handicap order from The Bag onwards with the RS400 out in front, followed by the Phantom, Aero then Laser for the remainder of the race but it was John who took victory on corrected time (even with his best effort to obtain the capsize belt mid-race). 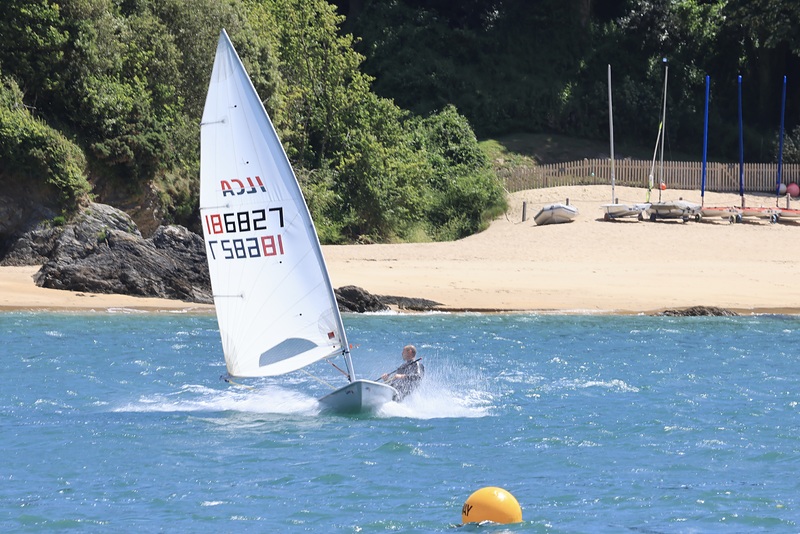 Peter and Pete bagged 2nd and Olly finished off the podium places in 3rd.

Thanks to Robin, Geof Gilson, Jane Alexander and the safety boat teams for a great afternoon on the water.

Nine Solos lined for their start, the Portlemouth shore being favoured by all due to the flood tide. 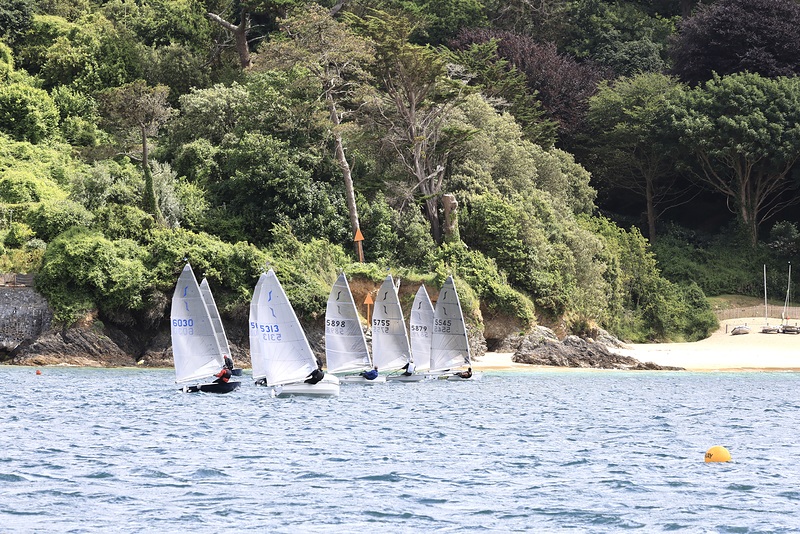 Chris Cleaves and Olly Turner pulled away from the pack on the beat up to Blackstone and began a close fought battle that would last all race. 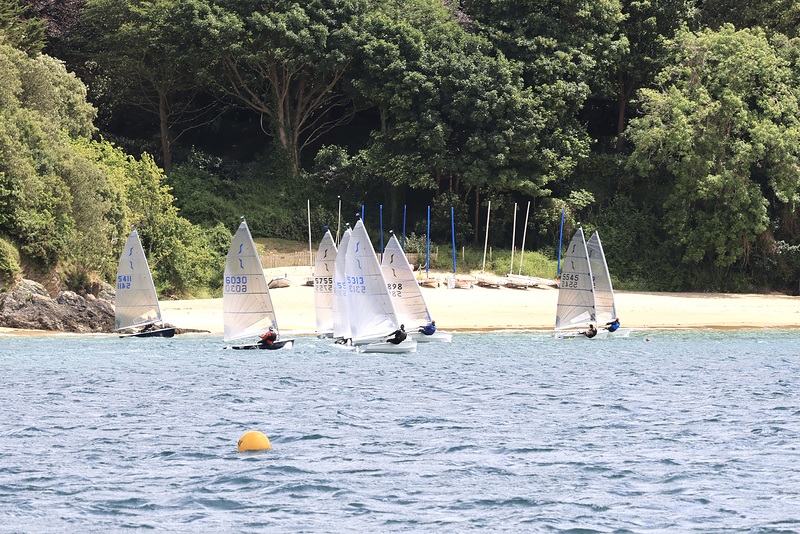 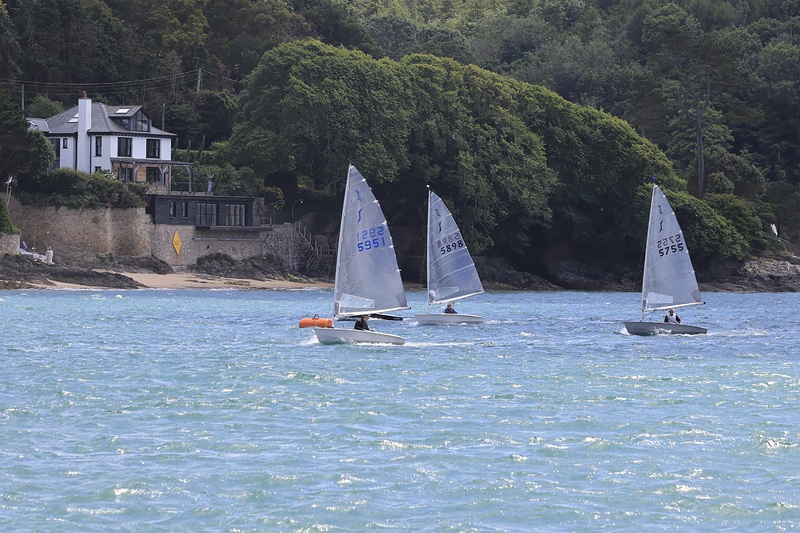 After the run down to Gerston the fleet rounded Saltstone and then Frogmore before starting the long beat back to Blackstone, against the tide and into 20+ knots of wind. To describe it as demanding would be an understatement. 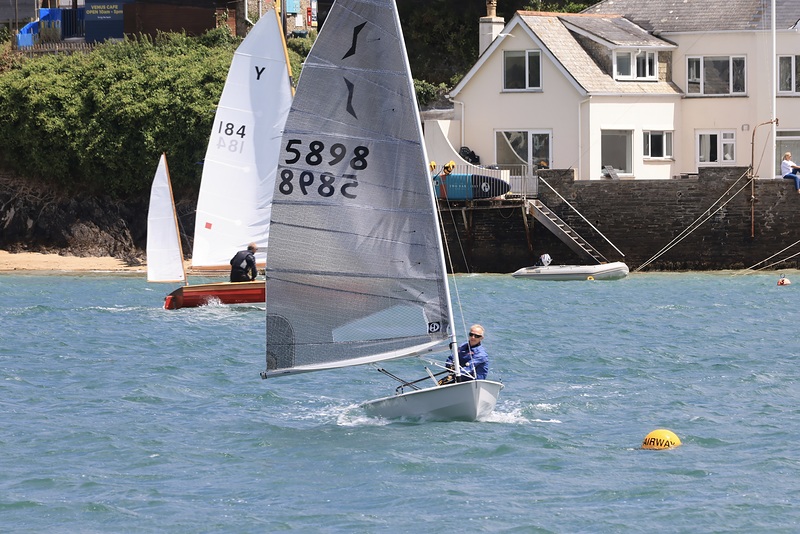 Dobson made best use of a wind bend coming around Halwell Woods to establish a bit a of a lead over Yates in fourth and Jago in fifth. These positions remained until Yates mistakenly rounded the Mill Bay mark instead of continuing to Blackstone, leaving Dobson in third, Jago fourth and Cranford Smith in fifth. 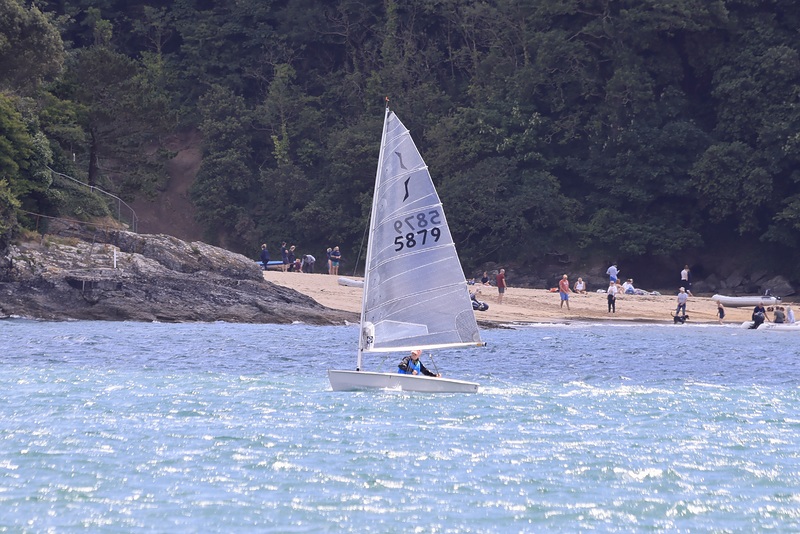 Up ahead multiple lead changes between the two heavyweights finally saw age and experience triumph over youth as Cleaves took the win with Turner close behind. 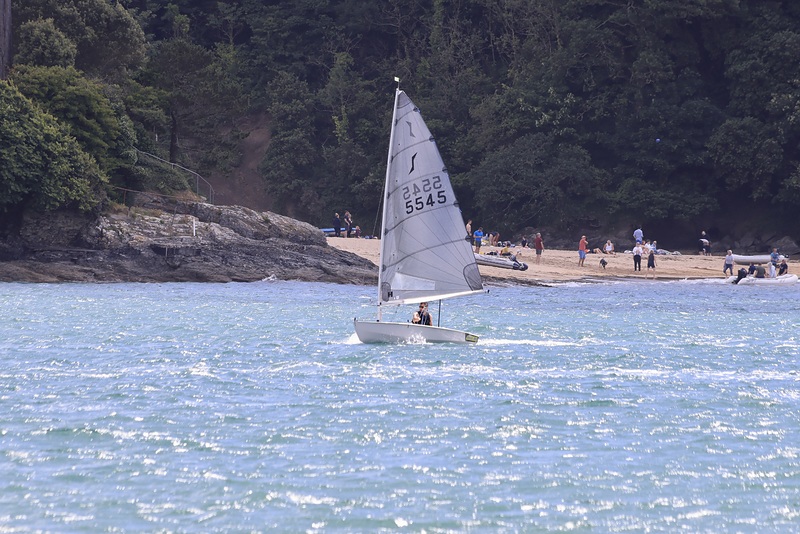