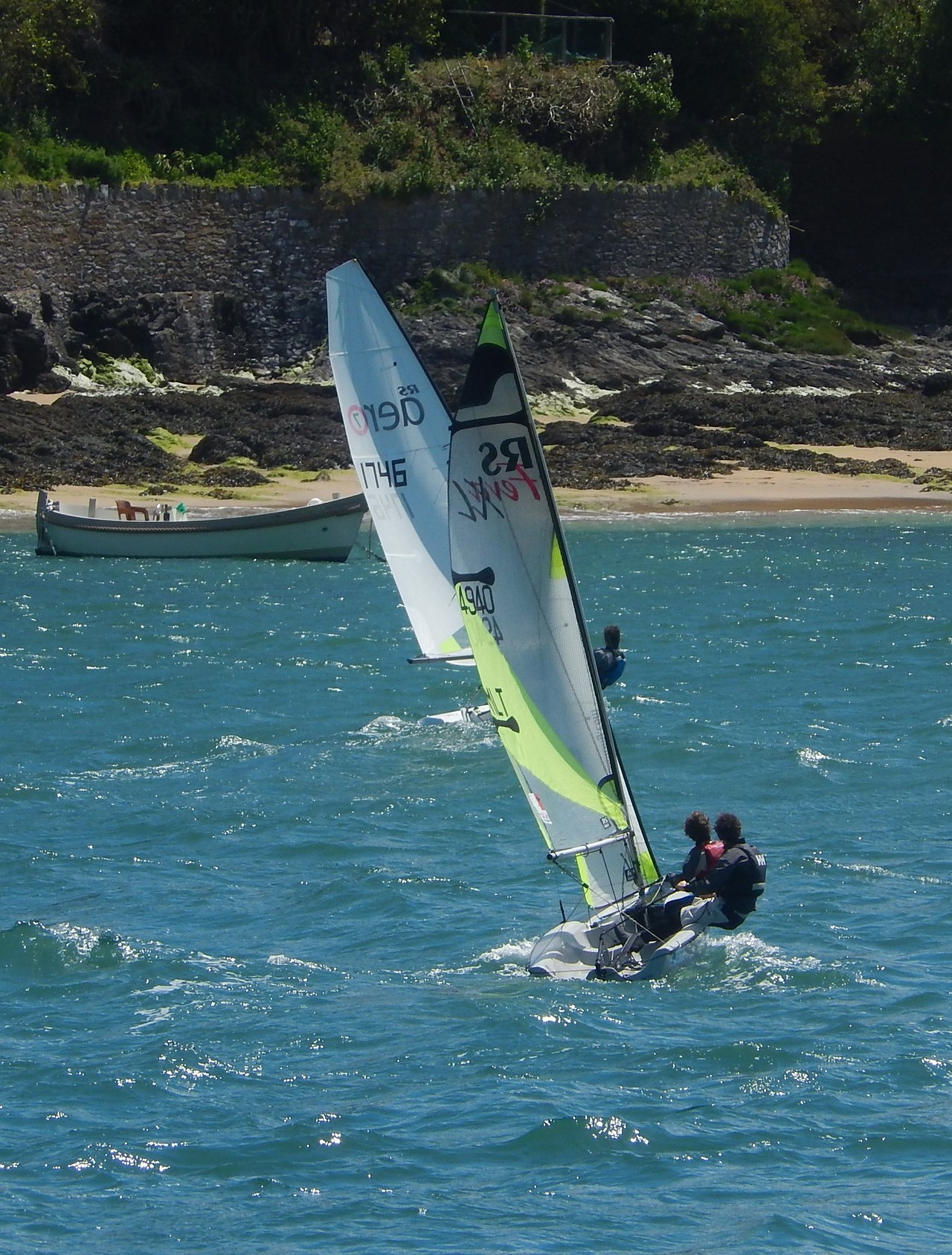 The first race of the Salcombe Yacht Club summer series was met with conditions suitable only for experienced and intrepid sailors, however the gale force wind came with blustery bright sunshine and there was also an impressive pre-race wedding launch flotilla past the Yacht Club celebrating the marriage of Kat Law to Gavin Reid. Kat is the daughter of one of the clubs super star sailors Tim Law and Gavin, a 2016 Yachtsman of the Year.

Because of the very tough sailing conditions the Juniors were confined to barracks and it was left to the medium handicap fleet to lead the way around a course that had its first turning mark off the sunny beach of Millbay, followed by an exciting and sometimes scary run and reach to the Gerston mark that is half way to Kingsbridge. The three rescue boats were kept very busy throughout all the races, however Simon Ballantine in the medium handicap fleet is now showing great skill, speed and fitness without the delays of long capsizes and powered away to a well earned victory on the water from Emily Janzen, one of the clubs very talented Laser youth sailors,  who completed the course without a capsize.

The Fast handicap class had a great battle with three Phantoms chasing down a lone Merlin Rocket of Graham Cranford Smith and Rob Langley. The four boats revelled in the top end conditions with two of the Yacht Clubs brilliant sailors Alistair Morley and Paul Ellis battling it out in Gladiatorial style with Alistair finally taking the winning bell. The Solo Class also had an epic battle with four contenders David Greening, Billy Jago, Simon Dobson and Roger Guess locked together by a few boat lengths around the whole course with the final positions only being established at the last leeward mark when a manoeuvre by Roger Guess resulted in a capsize by Billy Jago leaving Guess to take the winning bell from David Greening.

The Salcombe Yawl is an astonishing boat in a blow and also a real handful. The large mainsail and a flexible wooden mast results in a tricky combination to control and only two Yawls decided to risk their precious boats and masts in the challenging conditions. Stephen Galvin and his crew James Smith showed great control in their “Classic” Yawl and sailed the full course in style. Geoff Gilson and Chris Spencer Chapman led at the first windward mark but succumbed to a broken mainsheet in the Bag and showing sound seamanship, sailed the boat back to base under genoa alone, thereby allowing rescue boats to continue their busy afternoon standing by  capsized boats. 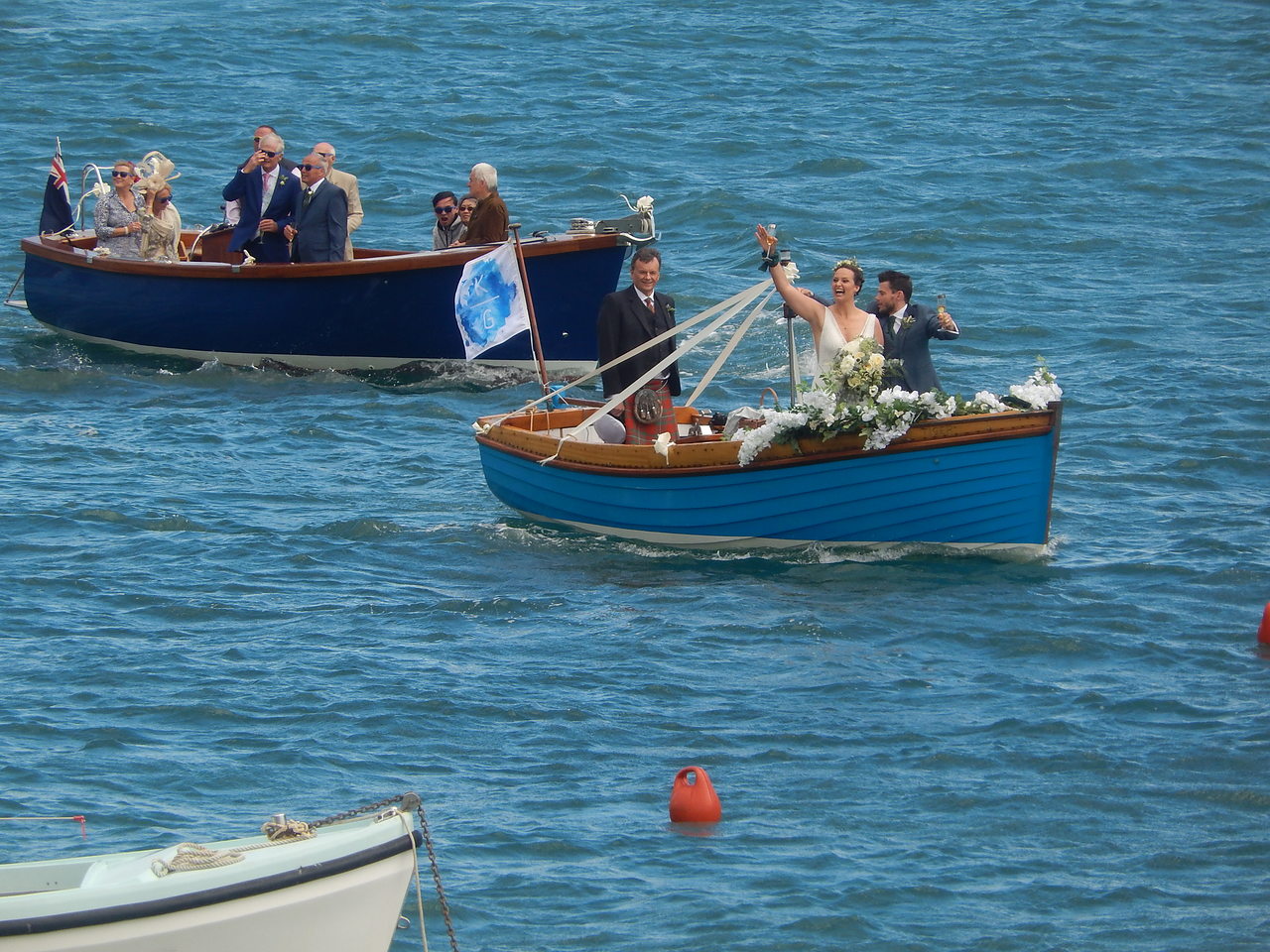 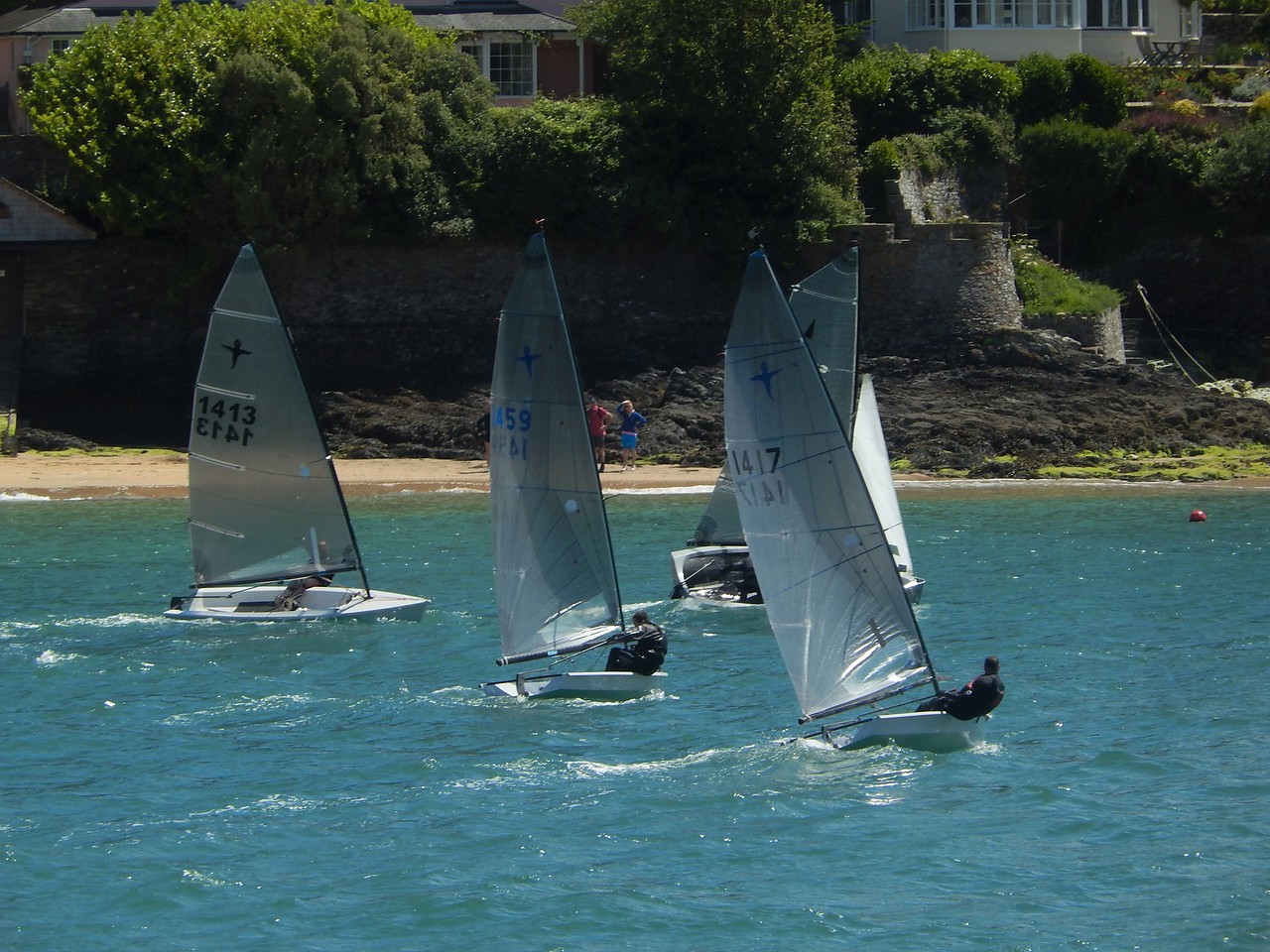 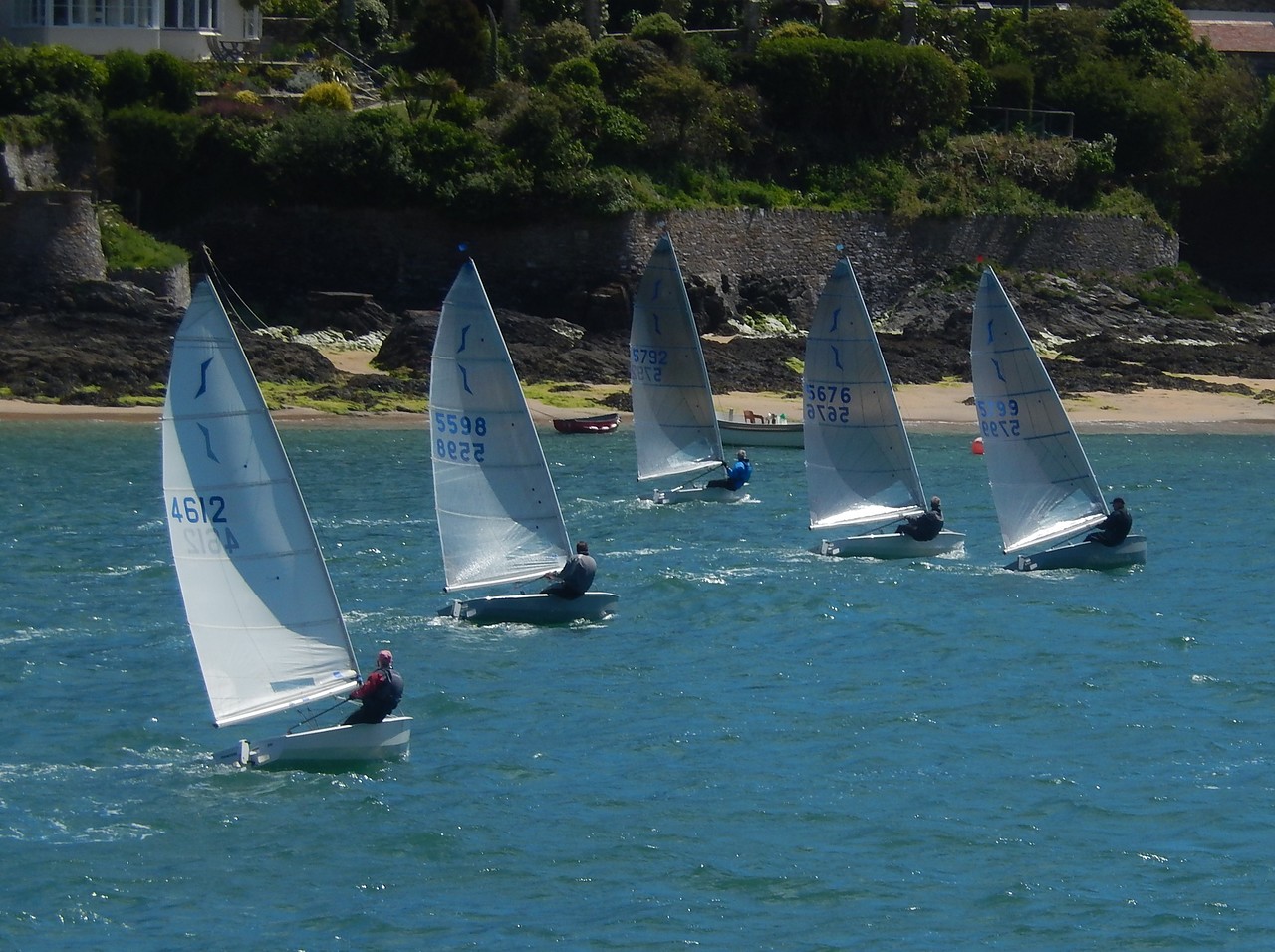 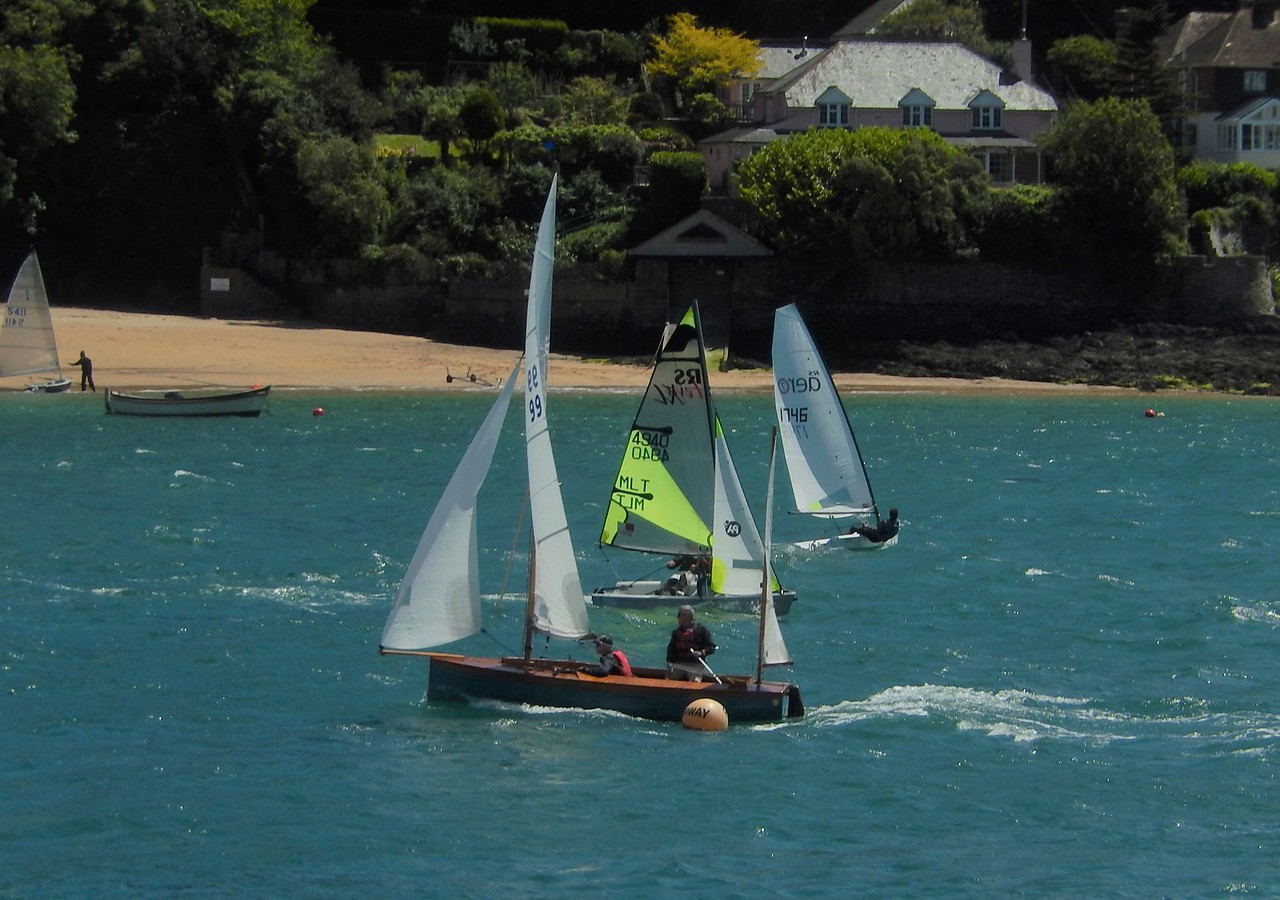