Firstly we would like to congratulate all the Cadets who have taken part and completed their first Sailing Series of the year. 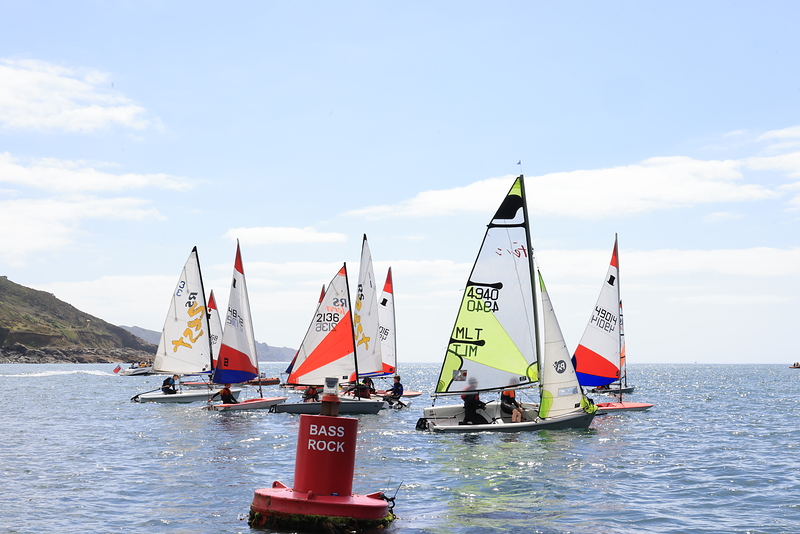 In the eleven race series, including six back-to-back sea races, we saw a bumper turnout compared to previous years with many racing for the first time.  Overall, 1st place goes to Frankie Burn sailing his new RS Tera, 2nd place George Reynolds sailing one of our new Club Toppers, and 3rd place goes to George McLaren also in one of the new Toppers. We've seen a huge improvement in all our Cadets this Series with some promising new talent emerging. . .  watch this space!!

Six boats took to the start for the last race of the Sailing Club Series. A Fast start from Fran Gifford and Helen Hilditch sailing a Merlin Rocket saw them round Blackstone first and shoot off with the strong incoming tide, heading off towards Mark 7. In hot pursuit, Rob Henderson and Alice Markham, sailing a RS 200, were next to the Mark showing good speed, short-tacking up the shore. 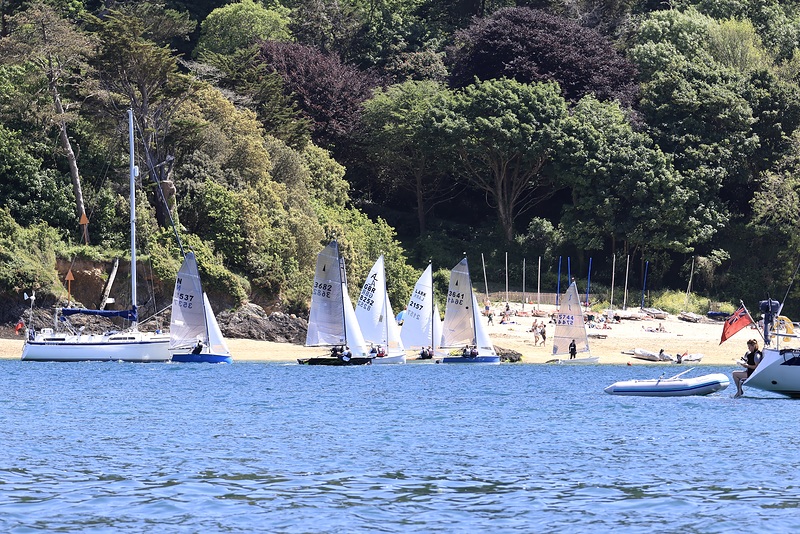 As the fleet emerged from the Bag, Fran & Helen chose town-side for the leg back to Mark One, whilst the rest stuck close to the Portlemouth shore; this actually cost the leading Merlin approx 1.30 minutes proving that short-tacking up the beach was in fact the fastest route to the next Mark. As it turned out, Fran & Helen lost the race on corrected time by 1.20 minutes to the Lark of Will & Mandy Henderson showing the importance of sailing the right way around Salcombe. 3rd Place went to the Albacore of Andrew and Sheila Squire. 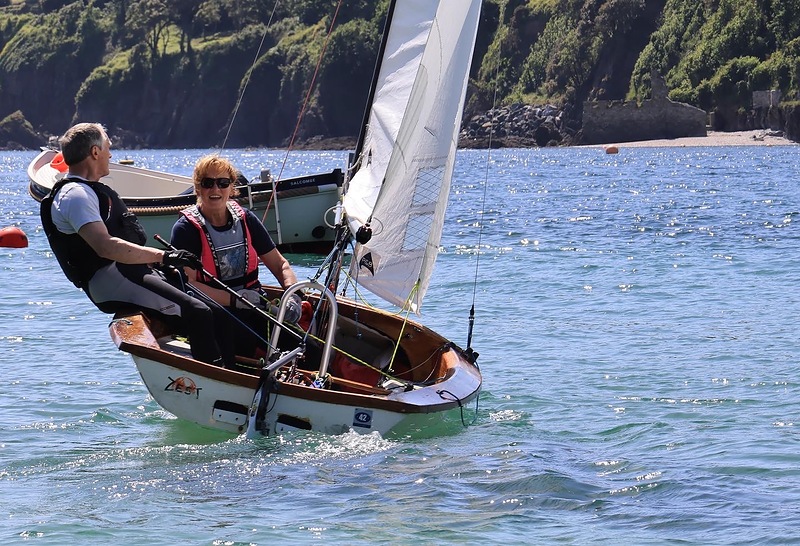 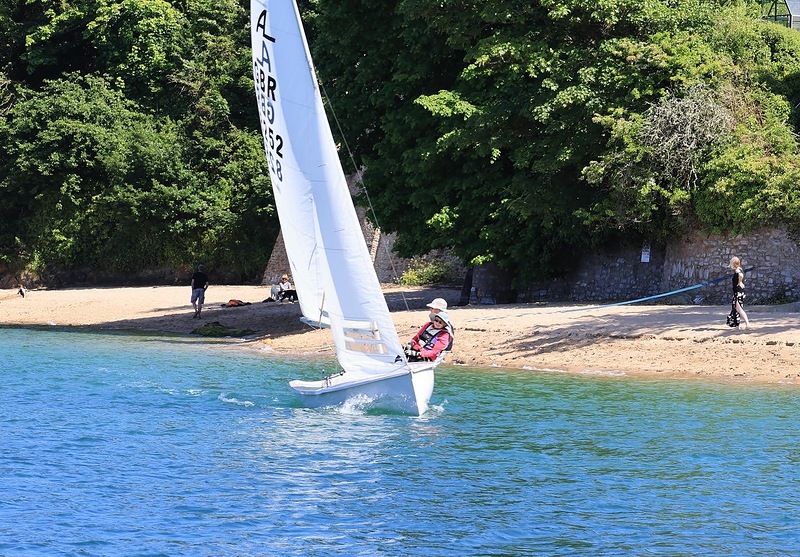 The overall Series win goes to Tim Fells and Fran Gifford in the Lark.  We would like to take this opportunity to wish them all the best at the Lark National Championships taking place this week at Pentewan Sands Sailing Club.

A magnificent twenty five Solos came to the starting line, the optimum spot to make progress against the flood tide was at the Portlemouth shore, with the added complication of an abandoned Moody yacht restricting the available sailing area to that of a starting line on the upper reaches of the Thames. 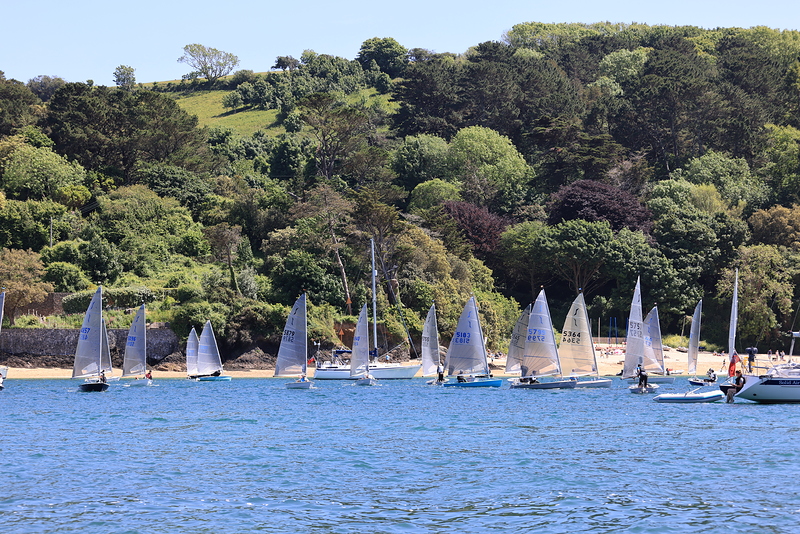 Simon Yates picked pole position and by the end of Smalls Cove, he and Paul Ellis had taken control of the race, leaving a large group of sailors to fight over the crumbs.

Having rounded Blackstone heading through the Bag, Ellis and Yates had extended their lead, with David Greening breaking clear of the pack to round the Gerston mark third. 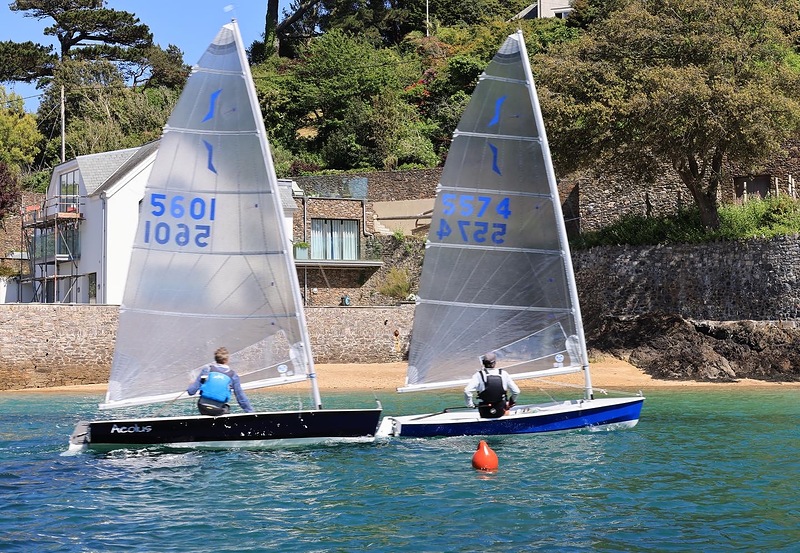 There was a frisante of interest at Saltstone where Ellis, who by this time had a considerable lead, followed the set route to Tosnos, taking a considerable tidal hit, whilst Yates headed for Hallwood Woods, Hallwell paid, which allowed him to take the lead, albeit briefly.

Upon their return to the harbour Chris Cleaves and youngster Olly Turner pulled past Greening while short tacking up the Portlemouth shore to finish third and fourth respectively. 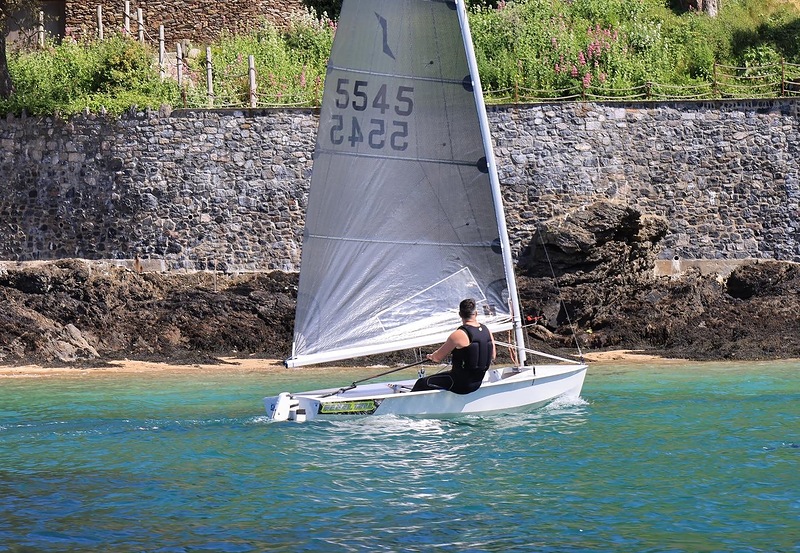 This race marked the completion of the Sailing Club Series which was won by newly elected club Commodore Simon Dobson, who uncharacteristically sat out the race, no doubt due to the post election party the night before.  Of note are the eighteen boats which qualified to complete this hard fought series out of thirty four different starters.