After what has seemed like an age the sailors were finally treated to some proper wind ……..10-18 knots from the WSW.

Tim Fells, OOD set a course of 1-3-2-3 for the 11 competitors consisting of one Merlin Rocket, one RS Aero and 9 Solos. 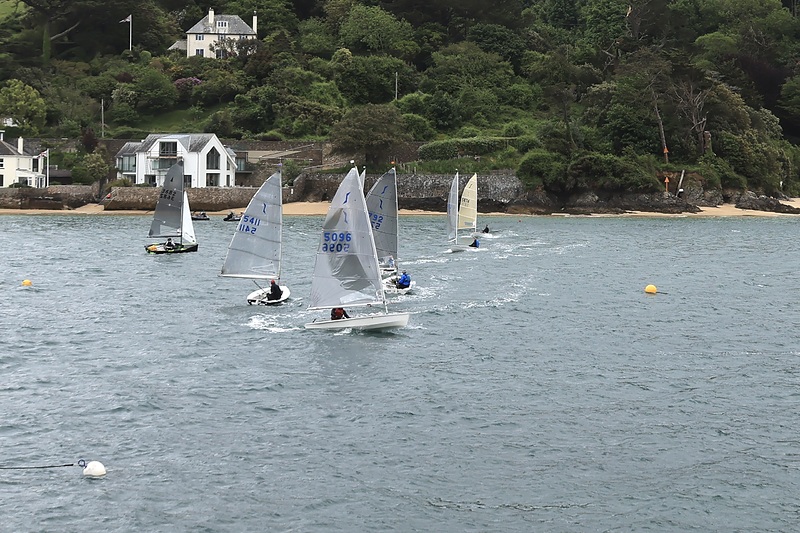 Tom Ballantine in the Aero was a little too eager to get his race underway and fell foul to the double blast from the Race Officers hooter.

The first beat saw the Merlin Rocket of Rob Henderson and John Burn break clear of the fleet and round Blackstone first, Tom after his poor start had quickly managed to work through the Solos and got himself up into second. 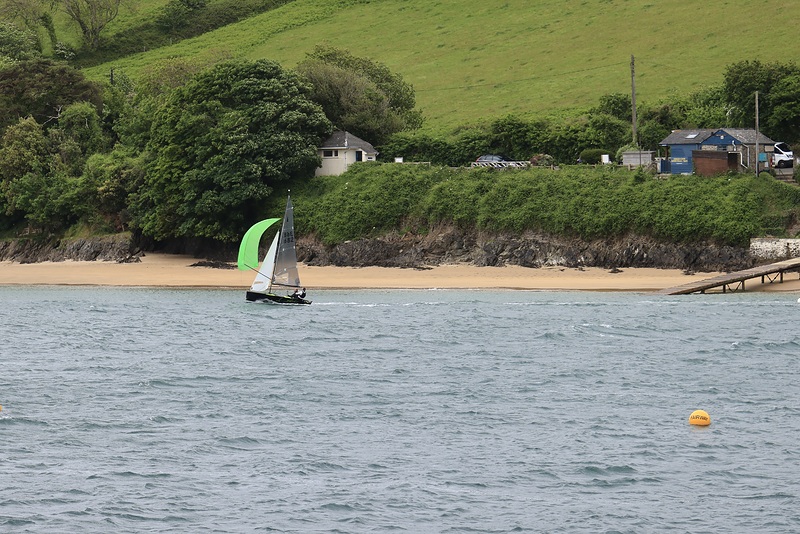 Chris Cleaves established himself as the first of the Solos early on and was never really challenged, behind him there was a close battle forming between Mark Waterhouse, David Greening and Robin Hodges. 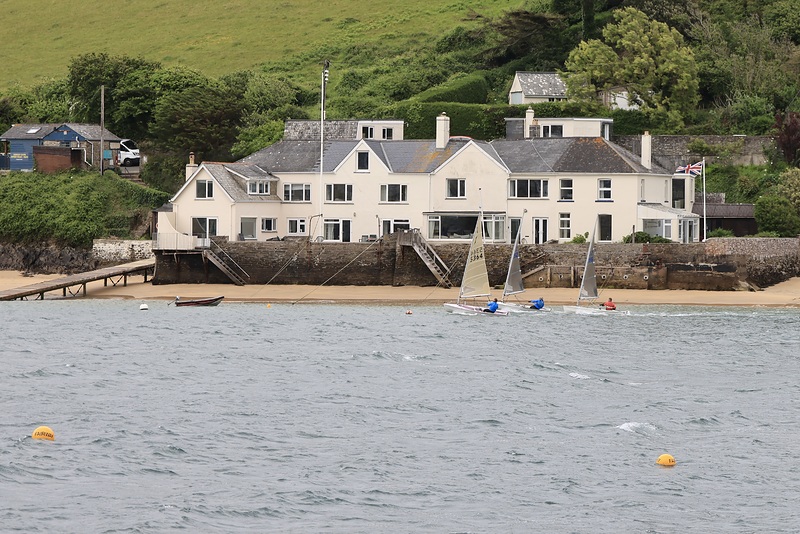 On the second downwind leg By the ferry landing Tom found out the hard way that his main sheet did not have a stop knot in it. This led to the boom swinging out around the mast and an ultimately trip to the beach to sort it, thus ruining his race.

Mean while out in front Rob and John appeared to have everything under control and thought they were far enough ahead of Chris to bag the win………this was not the case though and they only managed 3rd on corrected time. 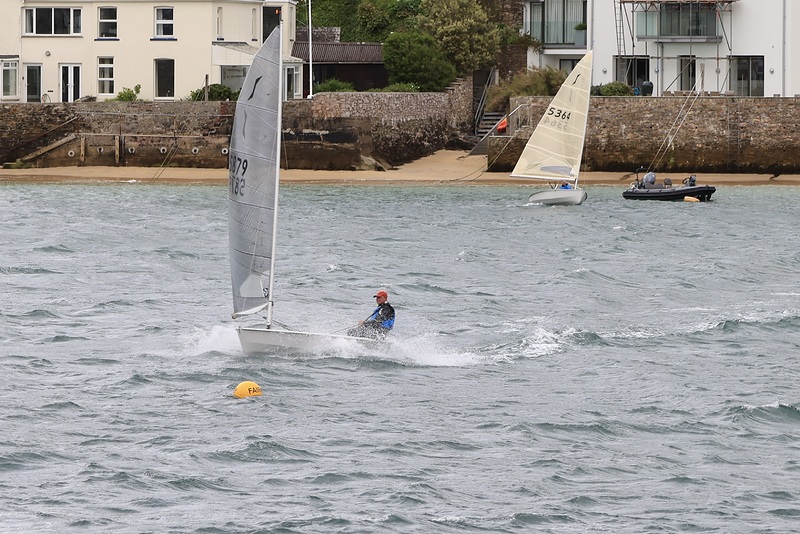 Chris who had led the Solo fleet comfortably was close enough to the Merlin to secure himself another victory.

Mark Waterhouse either got lucky or called it to perfection as he decided to dip Robin and David calling the shift perfectly and pipped them both to the line to take a well earned 2nd place. 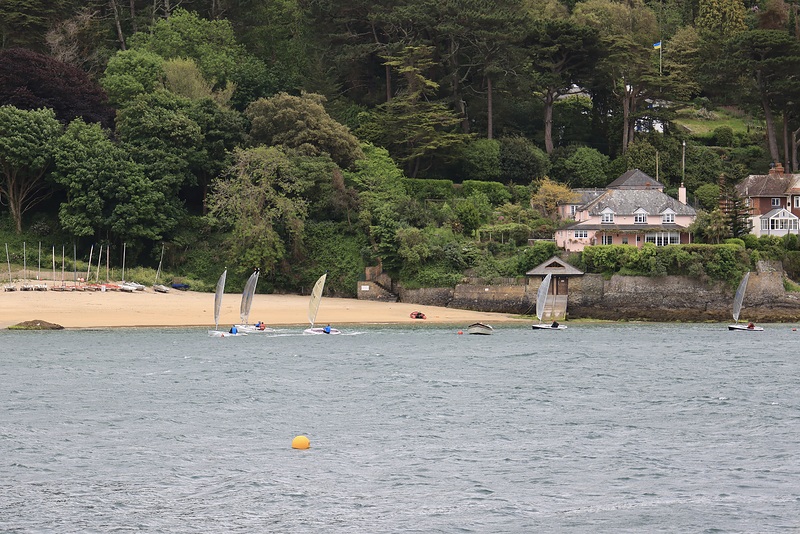 With only 50 seconds separating the top 5 places it was a great evening on the water with lots of close racing.

As always on behalf of all the sailors thank you to Tim and Peter Andrews for running tonights racing. 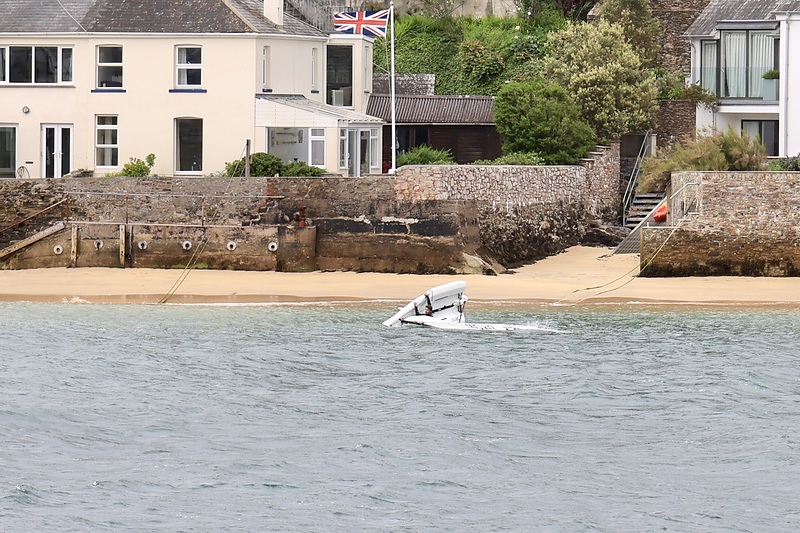