5 Laser radials and Edward Alexander in his new 4.7 hit the start for the first race in the Medium Handicap on Saturday. 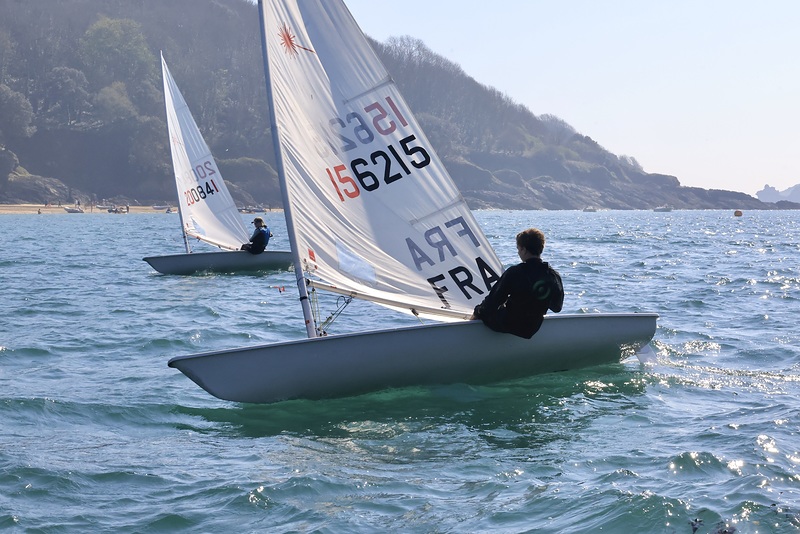 The early leader of the radial class was Henry Evans who led the fleet on the first down-wind leg past Smalls Beach after a quick recovery from his earlier 'show-boating' involving the phrase "watch this" followed by a poorly executed roll gybe ending in a spectacular capsize! 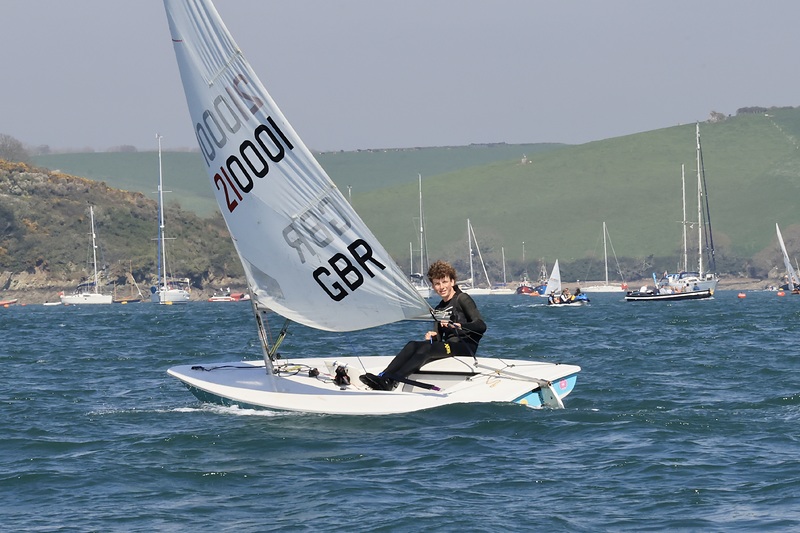 Unfortunately for young Henry, the advantage swung to Andrew Groves as the lighter sailors started to become over powered in the strengthening breeze. Andrew began to pull away from the rest of the group and formed a commanding lead sailing well and taking the win. Mark Sanken came home 2nd with Charlie Evans in 3rd. 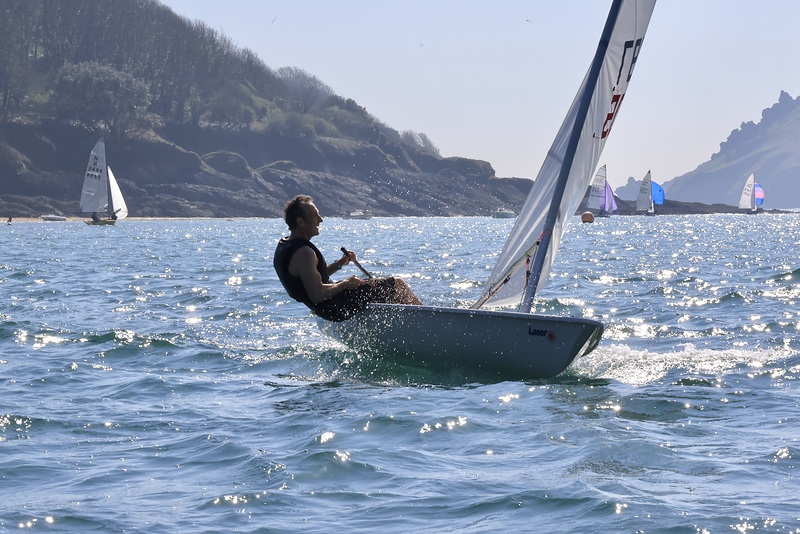 11 boats rocked up for the first race in the Fast Handicap Sailing Club Series. 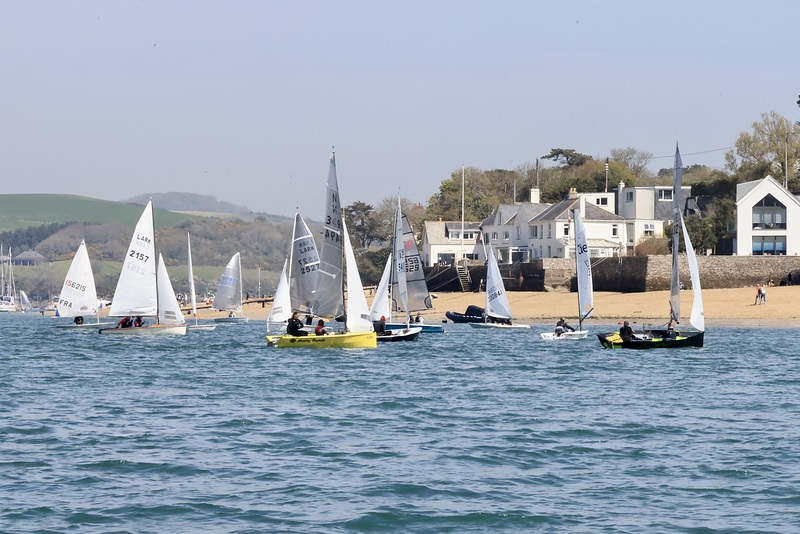 Race officer, Simon Ballantine set yet another superb course for the conditions 3-1-3-1-3-1-3-2 (this was for all fleets).

Peter Colclough, with George Alexander on the wire, in the 505 quickly took off needing to put a decent chunk of time over the chasing fleet. Unfortunately, this pair made the grave error of not counting their laps correctly and rounded Mark 2 one lap early. By the time they realised the error, it was too late. . .! 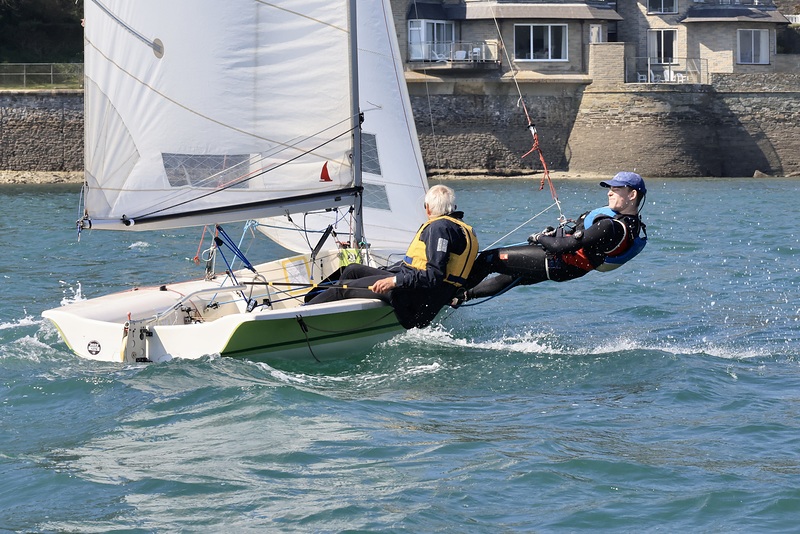 Mary Henderson, sailing with 12 year old Frankie Burn in his N12, did remarkably well seeing as it was their first time sailing together. This lightweight duo managed to comfortably beat Mike and Sian in the other N12 by a considerable margin. 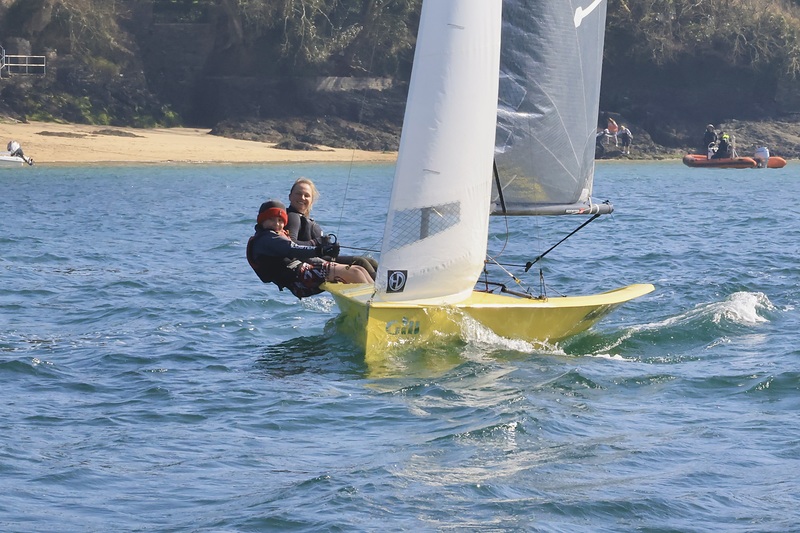 The real action was once again in the mid fleet between the two Larks. Tim Fells sailing with Ben Meek, and Mr and Mrs Henderson in the other. As seems to be the case, another extremely close race ensued with the pair exchanging positions multiple times. The last time these two pros went head to head in the Larks, it was the Henderson's who came out victorious but not on this occasion. Tim and Ben managed to edge out Will and Mandy to take the win. 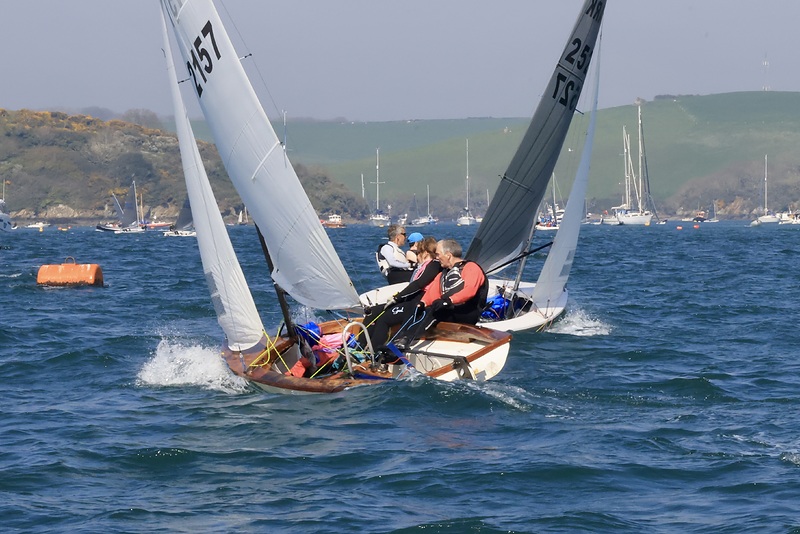 Chloe George, a Salcombe Yacht Club guest for the weekend, sailed her Aero 7 extremely well and finished off the podium in 3rd. 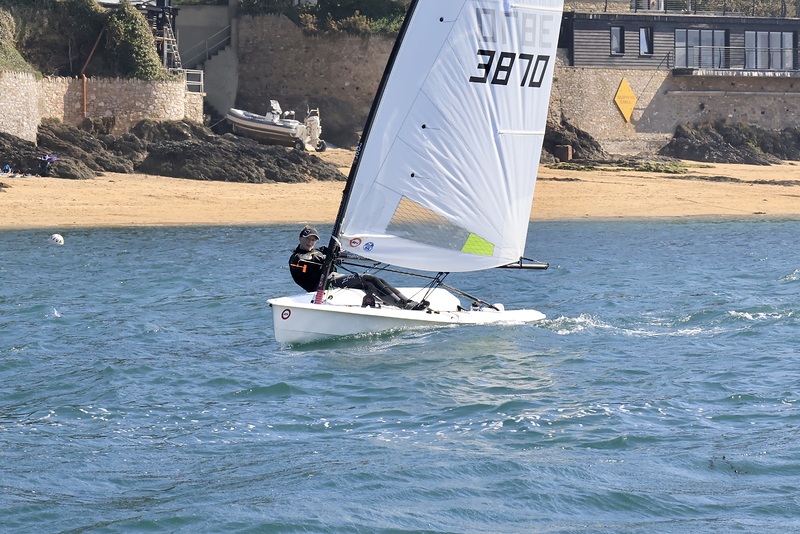 On behalf of all the sailors I would like to say a big thank you to Simon and his team for putting together a great race.

With an East South Easterly breeze forecast a surprising seventeen strong fleet of Solos lined up for the first race of the Sailing Club series.  Fortunately the wind aligned for a great windward leeward course within the harbour, between Crossways and Blackstone. 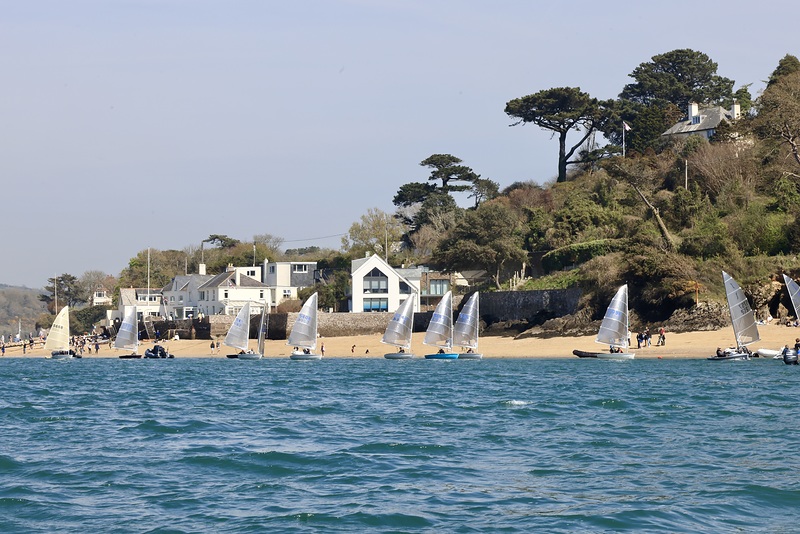 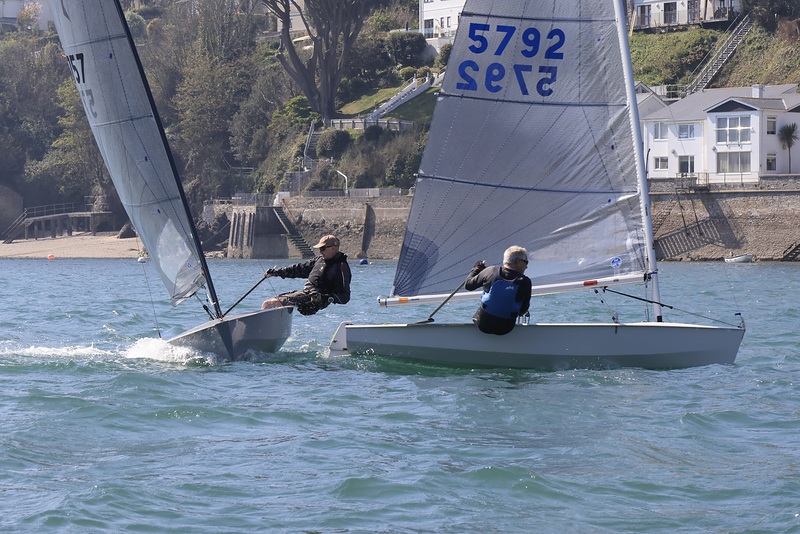 Simon extended his lead down the run along the beaches to Blackstone, taking advantage of the close battle between Roger and Paul, meanwhile David Greening had closed and overtaken Julian. 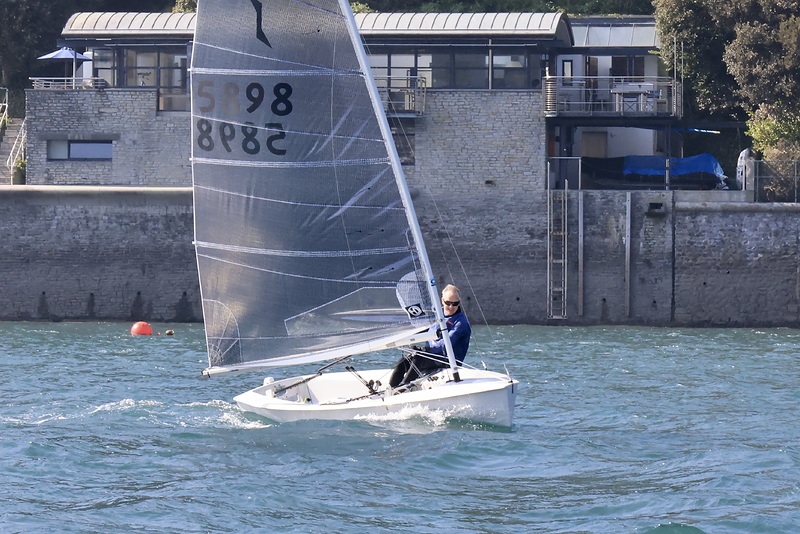 With a strong flood tide under the beats, the leading bunch extended away from each other, with Simon taking the winners gun, from Paul Ellis, with Roger Guess managing to hang on to an overlap established at the final mark.

Runner up Paul Ellis considered the race to be the perfect length as an unexpectedly good afternoon of racing was enjoyed by all. 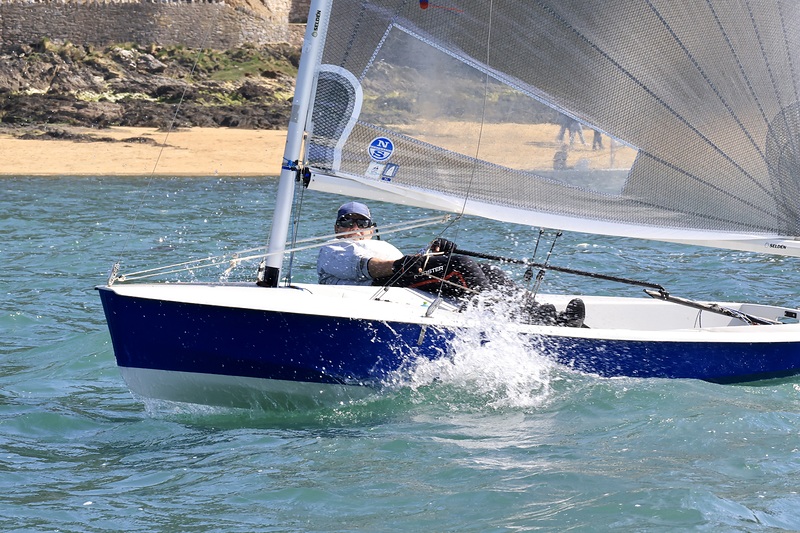 3 Yawls started the race but unfortunately only 2 managed to get to the finish. 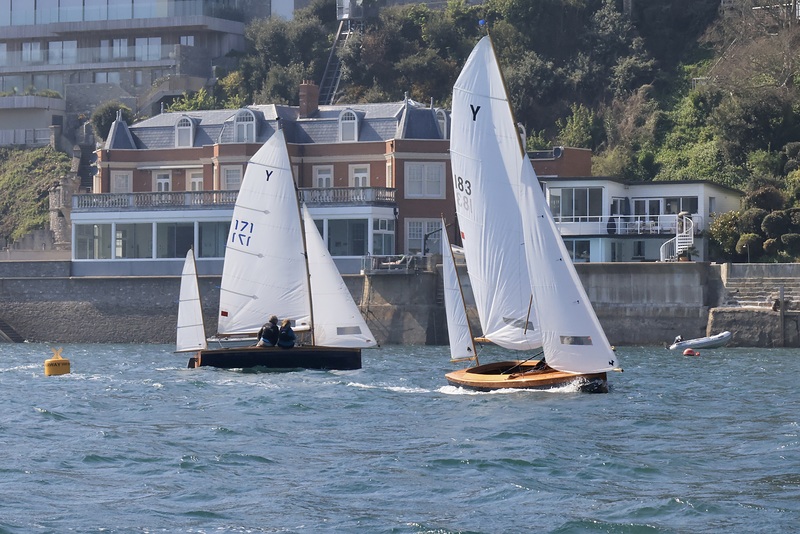 Gear failure meant that Steve King in Y140 had to withdraw early. 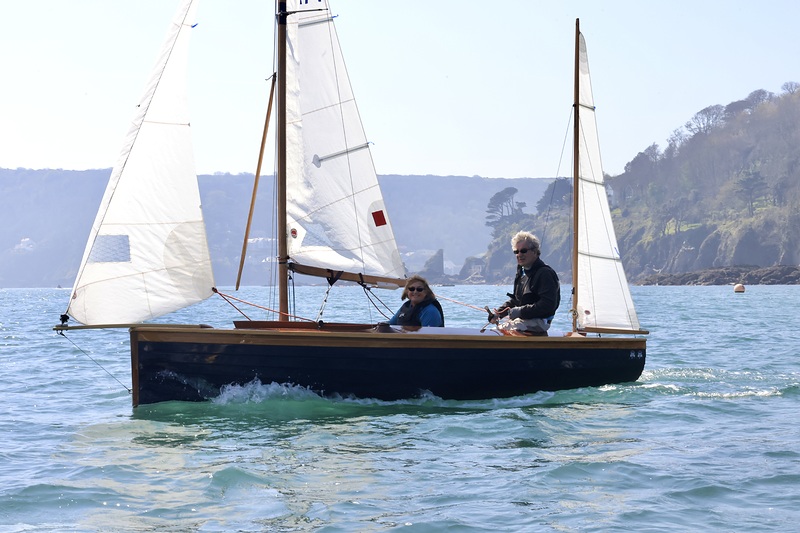 Mike and Karen Whitehouse took the early lead from Phill King and John Sleep but it was King and Sleep who ended up taking the win in a close fought battle. 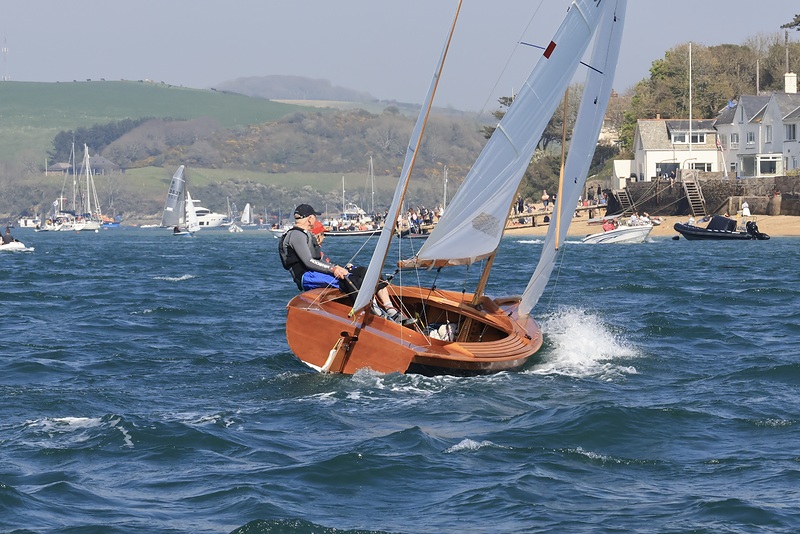