The Salcombe Yawl has a history which goes back at least 200 years to the straight-stemmed, transom-sterned, yawl rigged local fishing vessels of the late 18th-early 19th century.  By 1823, it is clear that the yawl-rigged fishing-boat had become established as a common type on the South Devon coast. 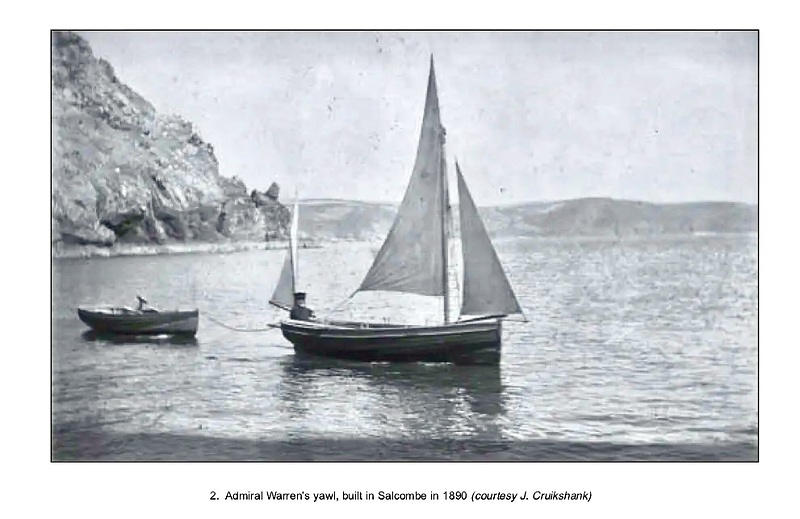 By 1853, when the earliest painting, now in the Salcombe Yacht Club, was made, the Yawl is clearly visible as the direct ancestor of the Salcombe Yawl of today as she is similar in all respects.  Also about 1853, we hear of the first occasion when Salcombe yawls, then known as the Licensed Watermen's Boats class, raced together in the Salcombe Regatta.  These work-boats were yawl rigged and open or quarter decked.  They were between 14 ft and 18 ft long and were all owned and worked out of Salcombe, being used for fishing and as hire boats for picnic parties.

There was one Regatta every year with usually two races for each class.  There is no record of winning boats and it is believed that the first actual records, which appear to have been lost, dated from 1906 although at one time there were earlier postcards in Overbecks Museum.

In 1907, there first appears a record of a Class for Yawls not exceeding 15ft 6ins. A class of four boats raced during the season and, in 1908, the class was changed to the 16ft. Class and five yawls took part.

Sometime around 1906, Captain A. Street, an Army Officer, had the Yawl Busy Bee built by Dornoms Boatyard and Andrew McIlwraith had Foam built.  It is believed that these two boats were amongst the first yawls built specifically for pleasure sailing, although the first appearance of Busy Bee in the SYC racing records was not until 1911.

Racing stopped during the First World War and only re-started in 1919 when a small class of four yawl-rigged boats raced together during the season as the Under 16ft. Class on a handicap basis.

In 1917, the boat was built which really started the Yawl Class as a racing class.  Jim Stone (then aged 16), at that time working as a shipwright with Edgar Cove and living at East Portlemouth on the Salcombe estuary, built himself a 14 ft Yawl in a garden shed owned by a Lieutenant Wilcox and named her Blackbird, later numbered Y 2.  As he had no paint she was creosoted.  For several years after the war, he won every race in her and later, when sailed by either his brother Terry or his son Alec Stone, she continued winning up until 1937.  Sadly, she was lost in a storm off Whitestrand in the late 1940s.

The Under 16ft. handicap and yawl class, now consisting of privately owned boats totalling up to ten in number, raced on a fairly regular basis until 1935, by when they were called Class D, Yawls up to 15ft. 6 ins, although rarely more than six turned out.

During the Salcombe Town Regatta of 1968, the yawls raced outside the harbour for the first time and, since then have gone from strength to strength.  Many of them were built in Island Street by Michael Attfield, some of the best of which were designed by the famous Americas Cup designer, Ian Howlett.  The Yawls number over 180 and race in regular series in Salcombe as well as in team races, often taking part in away events. 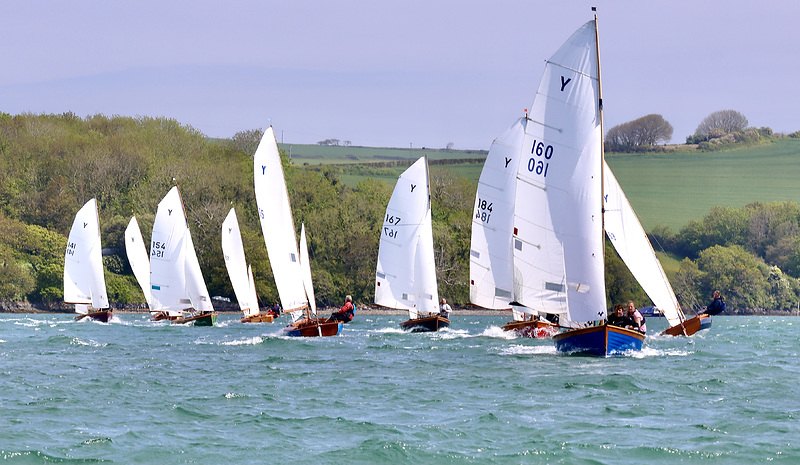 The late May Bank Holiday has been moved to the end of the half-term week and made into a four-day weekend by the addition of an extra Bank Holiday marking the Queen's Jubilee.

The Yawl and Solo Open will therefore take place on Thursday 2nd June, Saturday 4th June and Sunday 5th June. Start times are in the NoR which has been published on the SYC website -Open Meeting NoR.

On Friday 3rd June we are holding a special All-Comers Jubilee Pursuit Race to celebrate the Queen's Jubilee. The first start will be 10.30 with a target race time of 100 minutes for the slowest boat in the fleet.

There will be a BBQ at the Club afterwards so come along to celebrate the Jubilee!  Book Here -  Open Meetings & Events 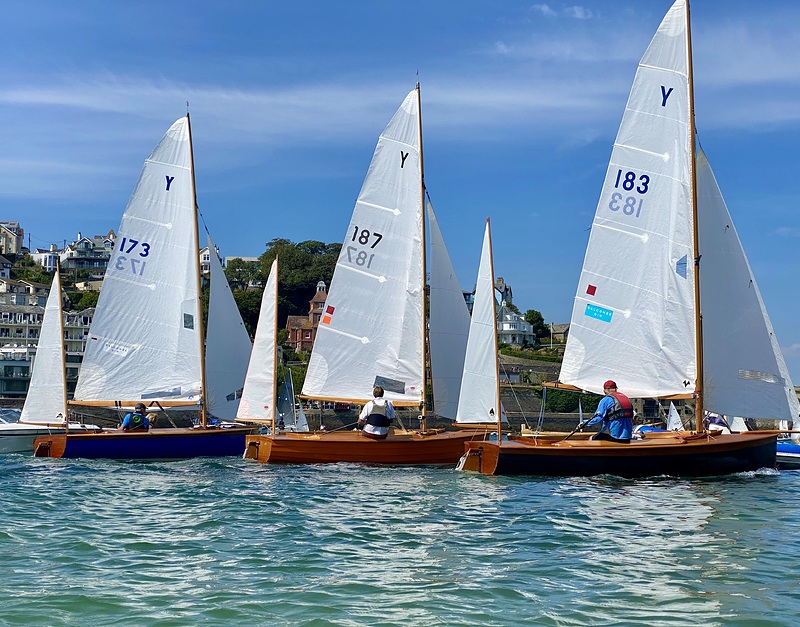 At the request of the SYOA, we are adding a 'Green Fleet' start to the Yawl starts in the afternoon of Regatta Week. This is designed to appeal to those Yawl sailors who might otherwise feel a little apprehensive about entering the fray in the Red or Blue fleets starts. It is open to both Red and Blue fleet boats but not to any boat that finished in the top half of their respective fleet in the 2021 Regatta. It will be scored on handicap using the current Portsmouth Yardstick numbers of the Red and Blue fleets, Book Here - Salcombe Gin SYC Regatta

We hope this will encourage some of the many new Yawl owners to take part in our Regatta.