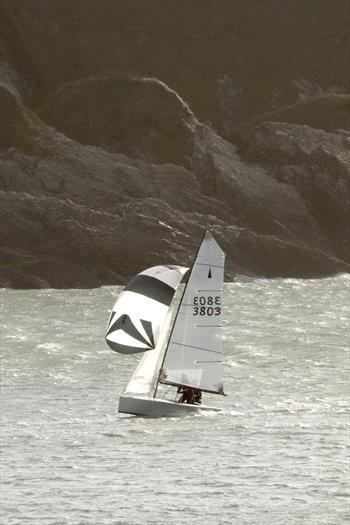 Nine keen Merlin teams made the trip to Salcombe with their boats for the weekend, and with a truly terrible forecast the likelihood of racing looked distant to say the least, but in a year where racing has been completely decimated by Covid, the Salcombe Yacht Club are to be applauded by their clear, concise and honest communication.

The fleet arrived with no expectations and unfortunately the poor forecast had diminished initial anticipated numbers, but despite our 'Global Champions' not attending, the calibre of the fleet was very high, boasting multiple World and National champions as you would expect to find in the Merlins.

On arrival at Batson boat park on Friday afternoon we were delighted to find Nick Craig and Alan Roberts rigged and ready to re-acquaint themselves with a boat they last sailed together in October 2019, with Alan not long having been back in the UK after his Figaro campaign. Watching them sail in the estuary was a pleasure and we could all learn a lot from their work rate.

On opening the curtains at Whitestrand on Saturday morning I thought it highly unlikely we would need to go out in the sideways rain and take off the covers, and started to think of the nice leisurely day that lay ahead without sailing, but the forecast promised a bit less wind and even some sunshine after lunch, which it duly delivered after a two hour on-shore postponement.

Word travelled quickly on WhatsApp, as it does nowadays, that there was a chance we would go sailing with a planned 1330 start, so we headed on down to Batson boat park to get ready to go in to battle, against each other, but mainly against the elements.

The wind was very pleasant as we launched, and Salcombe looked particularly stunning in the autumn sunshine, but as we rounded out of the shelter of Batson creek into the estuary we were hit with a solid mid-twenty knots in the reach with some brutal gusts in the high thirties.

The tide was now coming in at some rate along with the wind, but that did mean that the water was relatively flat compared to the morning conditions with the wind over tide. The course for the first race was X,5,X,3, with X being an orange inflatable mark laid to windward of the club line, between 1 and 2.

The first race went off close to 1330 and with Salcombe Merlin legend Graham and Fiona leading the charge with a great start off the line. After a good old tacking battle of short tacks up the Mill bay shoreline it was eventually Nick and Alan who had eeked into the lead at the first mark, followed by Ian and Charlotte and then Tim and Fran.

Ian and Charlotte got a bit too close to the mark which meant they had to take a spin, but it proved a bit tricky trying to avoid Tim and Fran who were hot on their heels, so they headed towards the Mill bay shore where they did their turn, but not content with giving away so much ground they thought they needed to capsize for good measure. This would become a familial theme for much of the fleet as the day progressed.

The fleet had all hoisted their kites and were flying downwind past the clubhouse (much to the delight of the gathered crowd on the lawn at the clubhouse), and into the bag. Some of the gusts were truly ferocious, and one caught out Graham and Fiona as they entered the moored section of the harbour and they found themselves getting a little intimate with the fuel barge. Sadly, this was the end of their race but they managed to get back to Batson safely. Several other spectacular wipeouts were reported, and a few teams decided to call it a day.

As the fleet headed into the dreaded bag, the wind was shifty and gusty as expected, with several kite drops and re-hoists and broaches and more swimming. Nick and Alan lead Tim and Fran with Taxi and Pip in their borrowed boat 'Pokey' hot on their heels. On arrival at 5 they rounded it and two sail reached back out of the bag back through the moorings with the reach turning into a beat back up towards the town. By this time Taxi and Pip had taken over the lead from Nick and Alan.

As they beat back up to the windward mark Taxi and Pip pulled some distance on Nick and Alan with Tim and Fran in third, Chris and Caroline in fourth, then William and Alex Warren fifth and Ian and Charlotte reeling their way back into the mix in sixth. On reaching the windward mark Taxi and Pip had built a comfortable lead. They were followed around by Nick and Alan then Tim and Fran, but some good tacks upwind saw Ian and Charlotte move up to fourth.


It was another wild three sail run back downwind to 3 which is at the east side of the bag entrance. As Taxi and Pip closed in on the leeward mark they encountered a fairly major problem as the spinnaker decided to wrap itself around the centreboard which proved not to be the fastest way to get back up to the club line to finish. Nick and Alan now led the charge with Tim and Fran in second and they managed to just hold on to second from Ian and Charlotte who ever-so-nearly caught them. In fourth was Taxi and Pip, followed by William and Alex and then Chris and Caroline who were the last of the finishers.

A huge squall came through while the finishers waited for the second race, and some teams decided that having survived one race it was prudent to retire to the bar with crew and boat in one piece.

At the start of race two the fleet had somewhat depleted in numbers, but they were sent under way with not much delay thanks to the race team. This time the windward mark was 2, which is just off Mill bay, and Ian and Charlotte in Rockatross lead the fleet there, followed by Nick and Alan, then Taxi and Pip and then Chris and Caroline. Once round and with spinnakers up, they were all back off downwind to mark 5 on another awesome three sail run and they managed to hold three sails all the way on the reach to 5.


Coming back out of the bag on a two sail reach, the four boats were all close together with the wind pumping in and out. Ian and Charlotte went trawling for a lot of weed which slowed them down considerably, and by the time the fleet emerged from the bag the order had changed with some nifty sailing by Taxi and Pip to take the lead from Nick and Alan, then Chris and Caroline with Ian and Charlotte now bringing up the rear.

It was another brutal beat but Taxi and Pip were clear ahead with Nick and Alan in a close second and then Ian and Charlotte squeezed back past Chis and Caroline by the windward mark and they headed downhill for the final time alongside each other. They then both capsized and both broke a spinnaker pole near the bottom mark at 3. Taxi and Pip would not make the same mistake as the first race and took line honours from Nick and Alan followed by Chris and Caroline and then Ian and Charlotte.


Well done to Taxi and Pip and Nick and Alan being the only two boats not to go swimming. The decision to cancel racing on Sunday was made in the morning when we were met with a strong wind over tide and with a forecast for the wind to build in the afternoon.

Congratulations to Nick and Alan for taking the overall win with a solid performance, second was Taxi and Pip, third was Ian and Charlotte and fourth was Chris and Caroline. Prizes were also awarded to the silver and bronze boats who stuck it out the longest. Many thanks to the wonderful team at Salcombe YC who looked after us so well in the clubhouse and on the water and gave us all a fantastic weekend before the impending lockdown, and we really look forward to getting back to racing on the estuary in 2021. Thanks to all those who came and raced and gave all the spectators on the shore some great entertainment. For all of those who came but decided to leave boats at home or visited animal farms and the like, you missed a damn good sail.

Editor's note. SYC thanks the PRO David Greening and RCS Simon Dobson, and all the safety boat teams (including the additional support from the RNLI) plus the Salcombe Harbour Master's office.

FAQ: why is the piece wholly in italics? No idea. Unresponsive to any other suggestions. 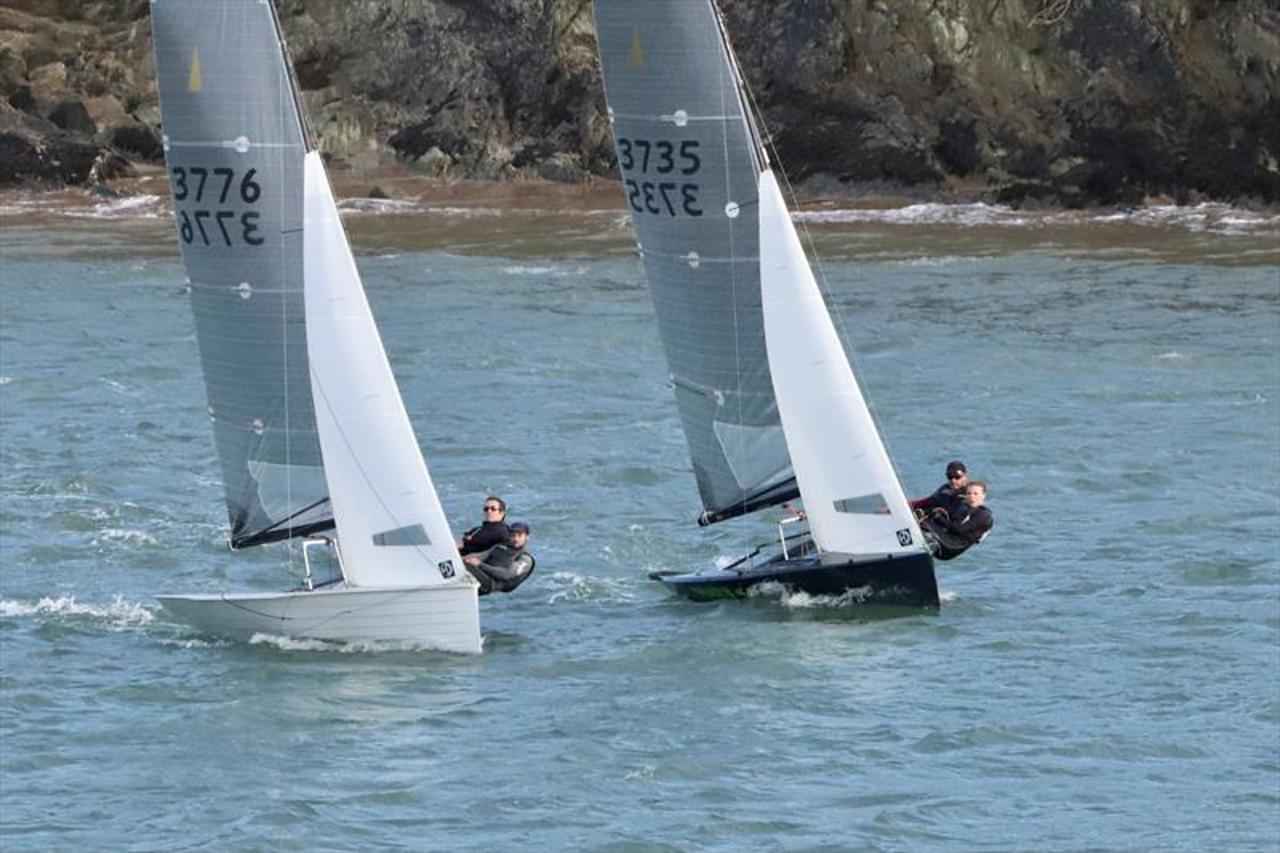 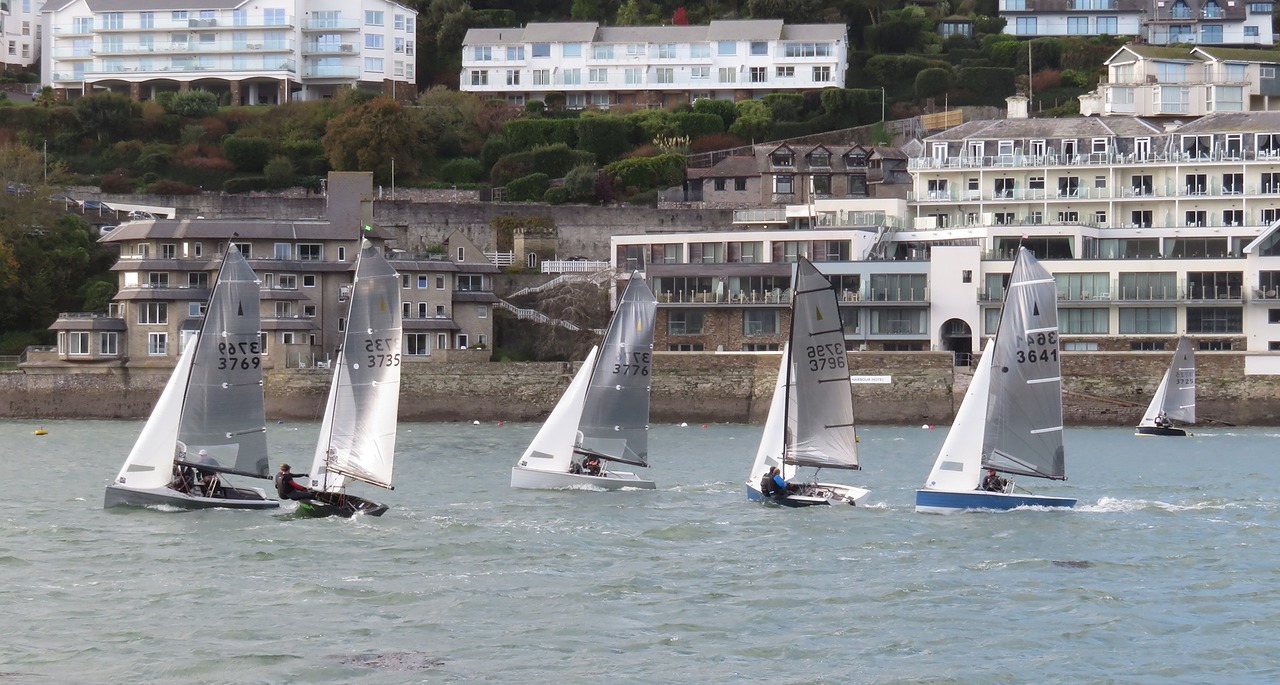 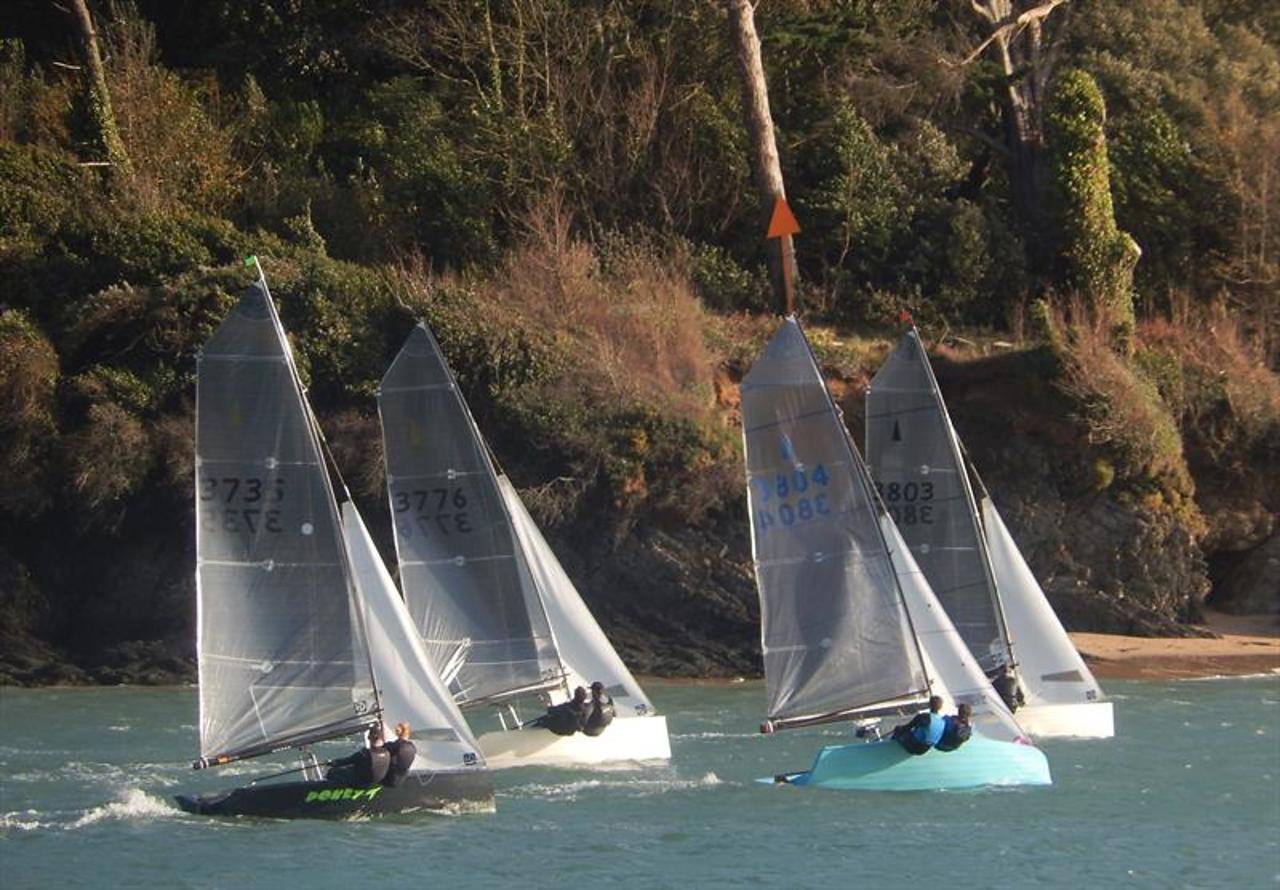 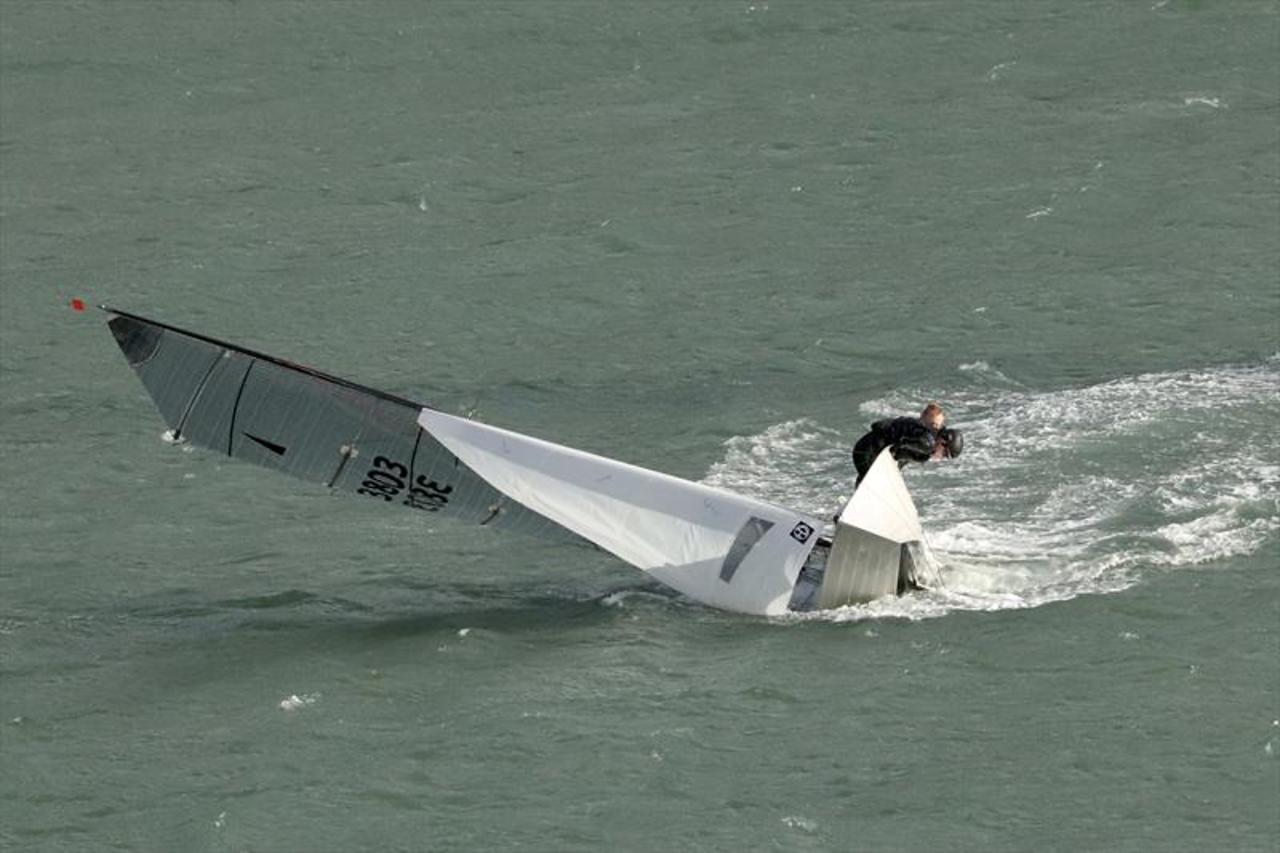 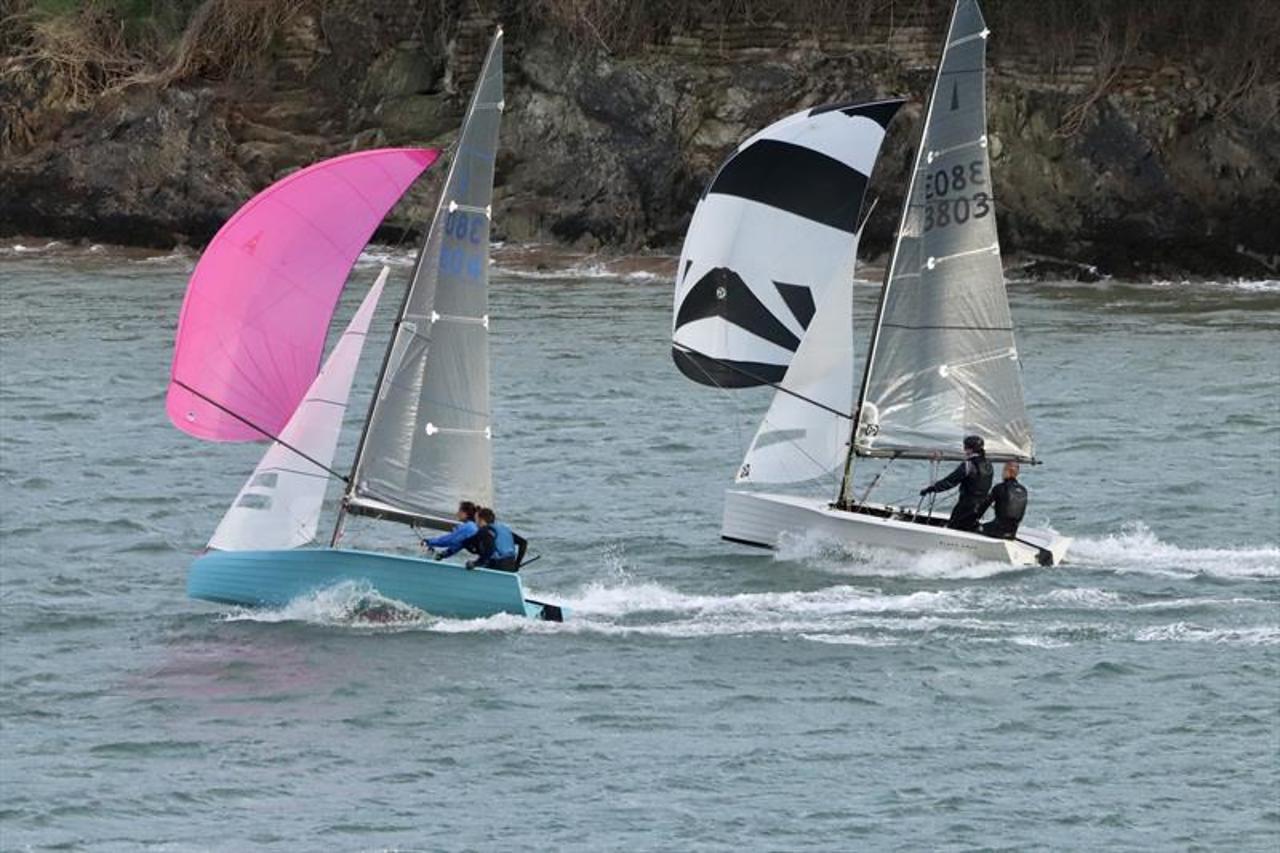 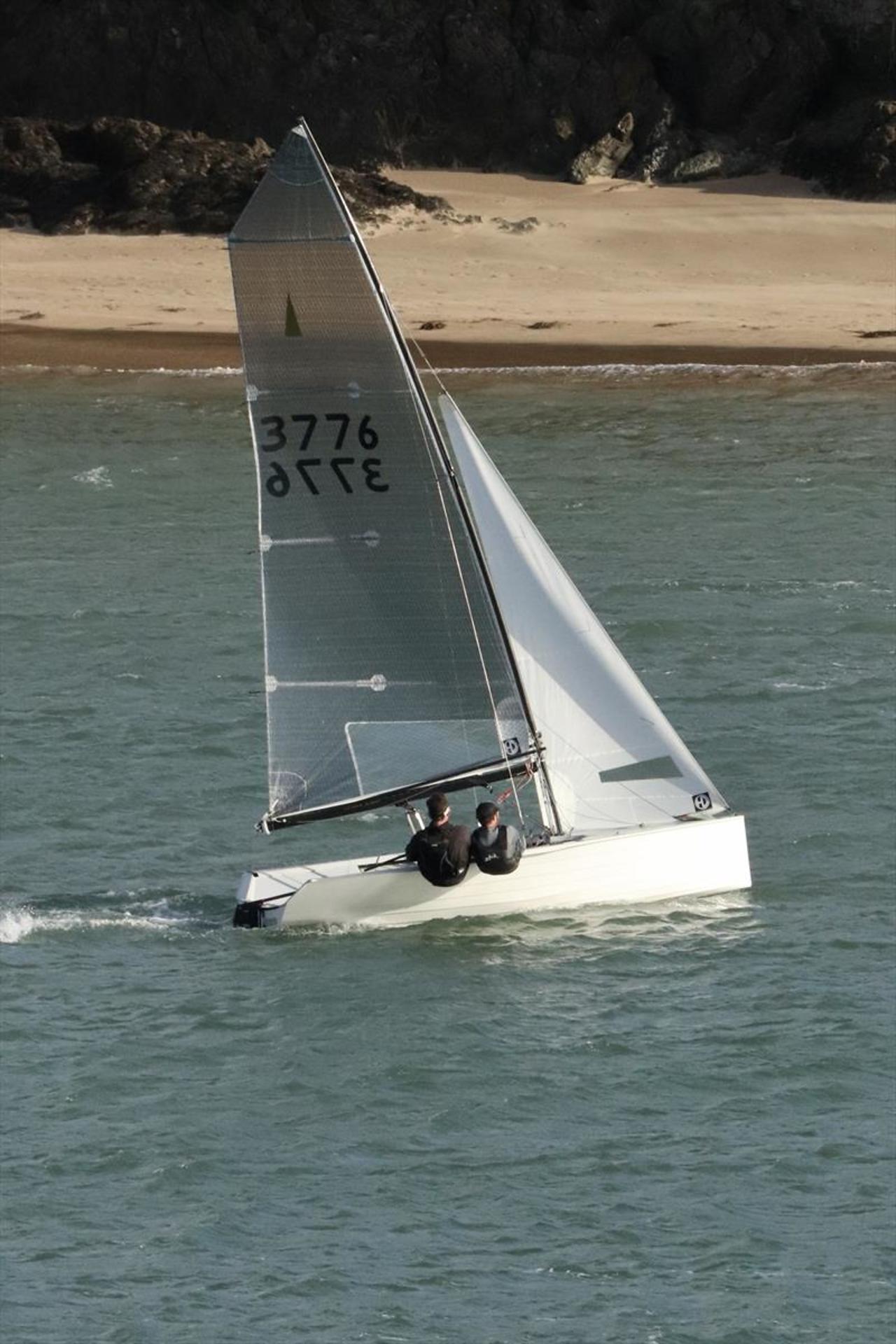 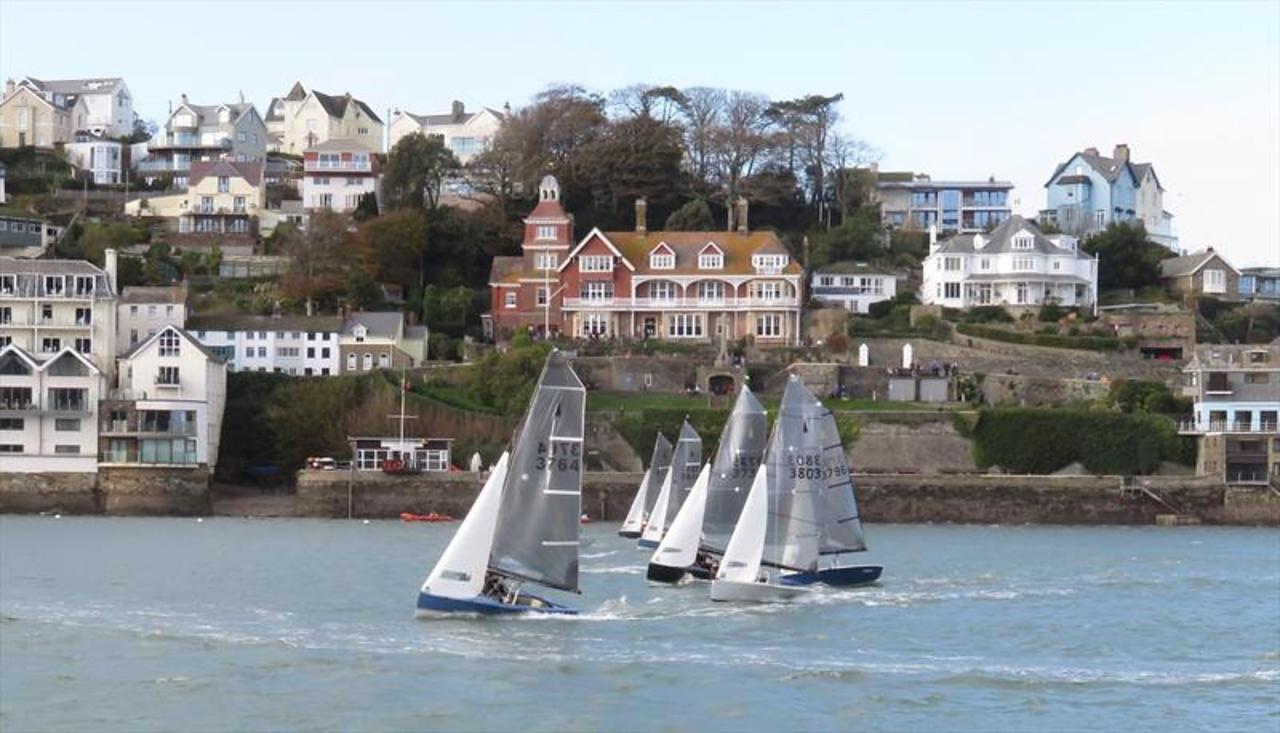