It was unusually mild for the first day of 2022 (Happy New Year!) and the last race of the Festive Series with a fresh south westerly breeze on hand to deal with any lingering New Year hang-overs that may or may-not have been present. 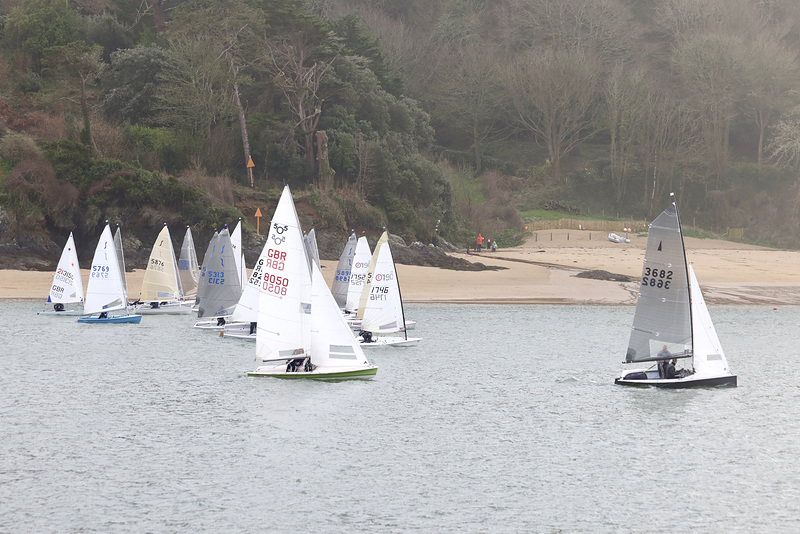 Chris Chubby Cleaves was OOD and he opted to keep the fleet in the main stretch of the harbour. The course 1-3-1-3-2-3 with all the windward marks to starboard and all leeward marks to port. This meant that the many spectators forming on both sides of the Estuary had the ability to follow the race from start to finish without the need to be out on the water.

The 20 strong fleet, made up of a variety of different classes, were all a little too eager to get away leading to a general recall. The race team promptly got the start sequence under way again with a cheeky black flag for good measure. Unfortunately this caught out David Greening who fell foul and was subsequently disqualified.

With a second crack of the whip the fleet were away, Will and Rob Henderson had a disastrous start by their high standards but, fear not Henderson fans, this was by no means the end of their race; they were joined by Tim Fells who, after a blistering start up the Portlemouth Shore, felt that he needed to return to the start line, maybe they were feeling generous and wanted to give us all a chance?? 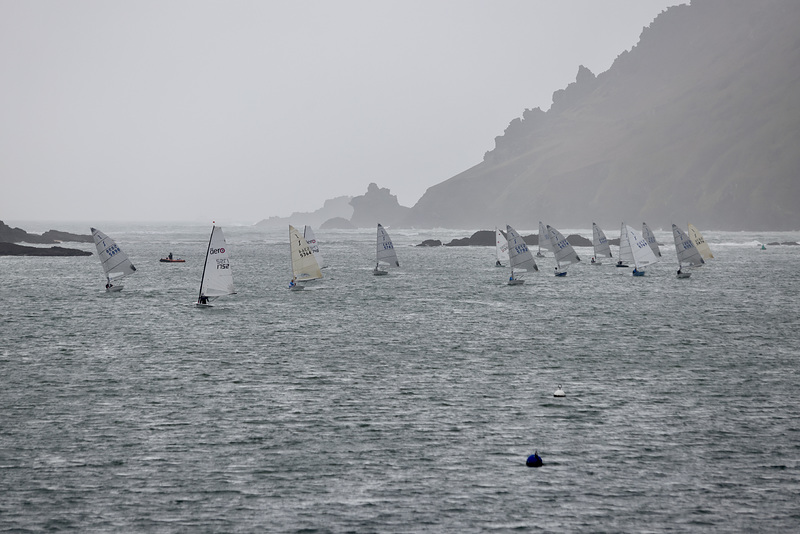 The first beat to Blackstone was chaotic with everyone jostling for position but it was the 505 of Peter Colclough and Alister Morley that rounded first. The Squire Albacore was second round the mark followed by the Borne/Burn Merlin. If Will, Rob and Tim were initially going easy on us all it certainly didnt last long, they made their way through the fleet with ease, Tim rounding right behind the Merlin closely followed by Will and Rob. Simon Dobson and Mark Waterhouse led the charge for the Solo fleet and rounded ahead of the rest of the pack. 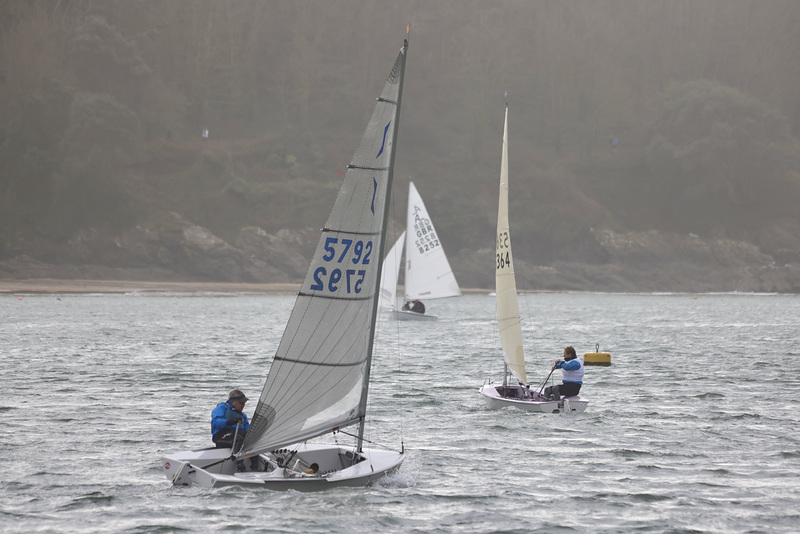 The first downwind leg was a relatively calm affair, a bit of place changing occurred throughout the fleet but it was mostly just a 'follow my leader' down to Crossways.

Battles were now forming all over the Estuary; the Merlin, lighting up the afterburners, catching and passing the 505 on the second beat to Blackstone, Dobson and Waterhouse locked in a dog fight to be the first Solo, Tim leading the 3 Aeros and the Laser radial of Esther McLarty defending against the onslaught from the Solos. 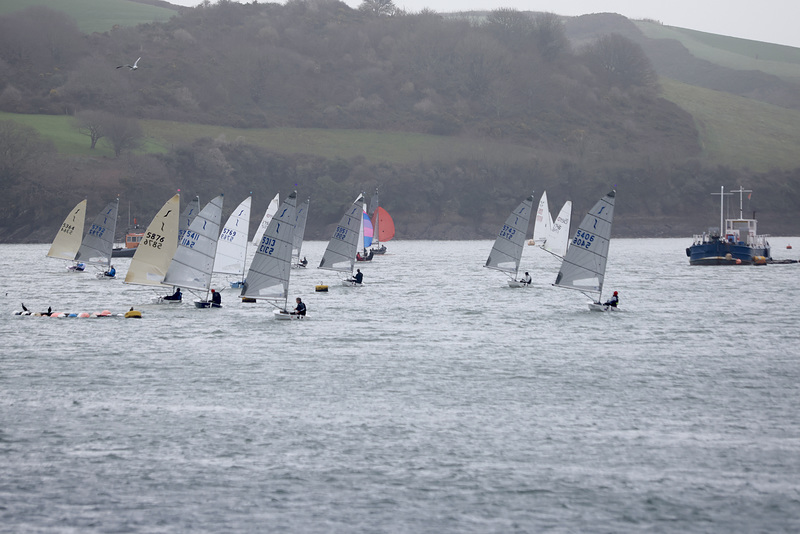 Unfortunately, for some, things took a turn for the worse as the capsizing now began. Gavin Stevens in his Solo went over right in the middle of the Estuary and managed to get wrapped around a mooring buoy. Simon Ballantine in his Aero 7 had a multiple capsize event, James Greenhill just off mark 2 decided to take a dip, but probably most notably was the Squire Albacore. On the last beat with the finish line in touching distance AJ attempted to clear weed off the rudder, this was not a good move; they got hit by a gust and over they went effectively destroying their overall result in the process. 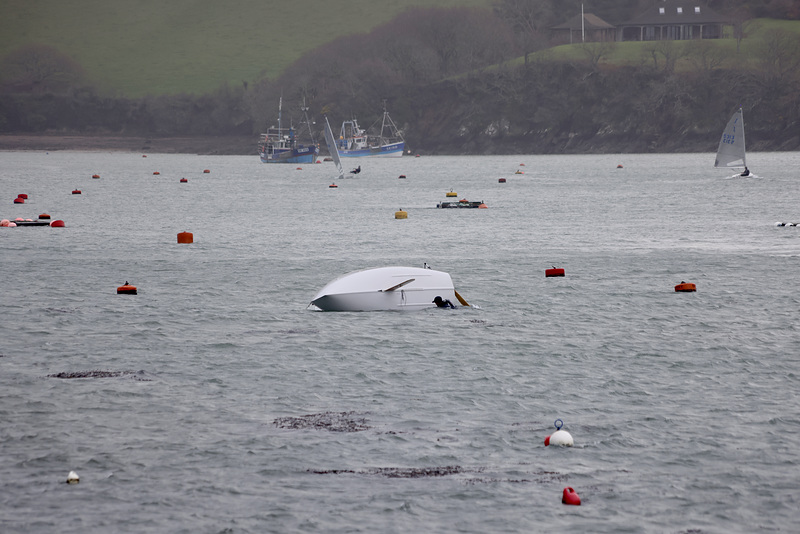 Dobson held off the challenge form Waterhouse and was the first Solo across the line, on corrected time his performance rewarded him 2nd place with Waterhouse taking 3rd.

1st place went to Will and Rob Henderson, after starting last, they showed that in Salcombe anything can happen and you should never give up! This meant that they took the overall series win, Simon 2nd and Paul Ellis 3rd. 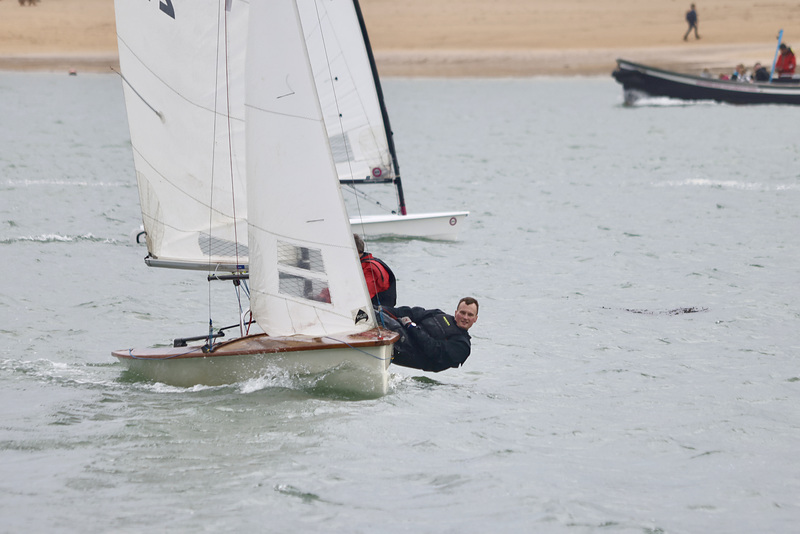 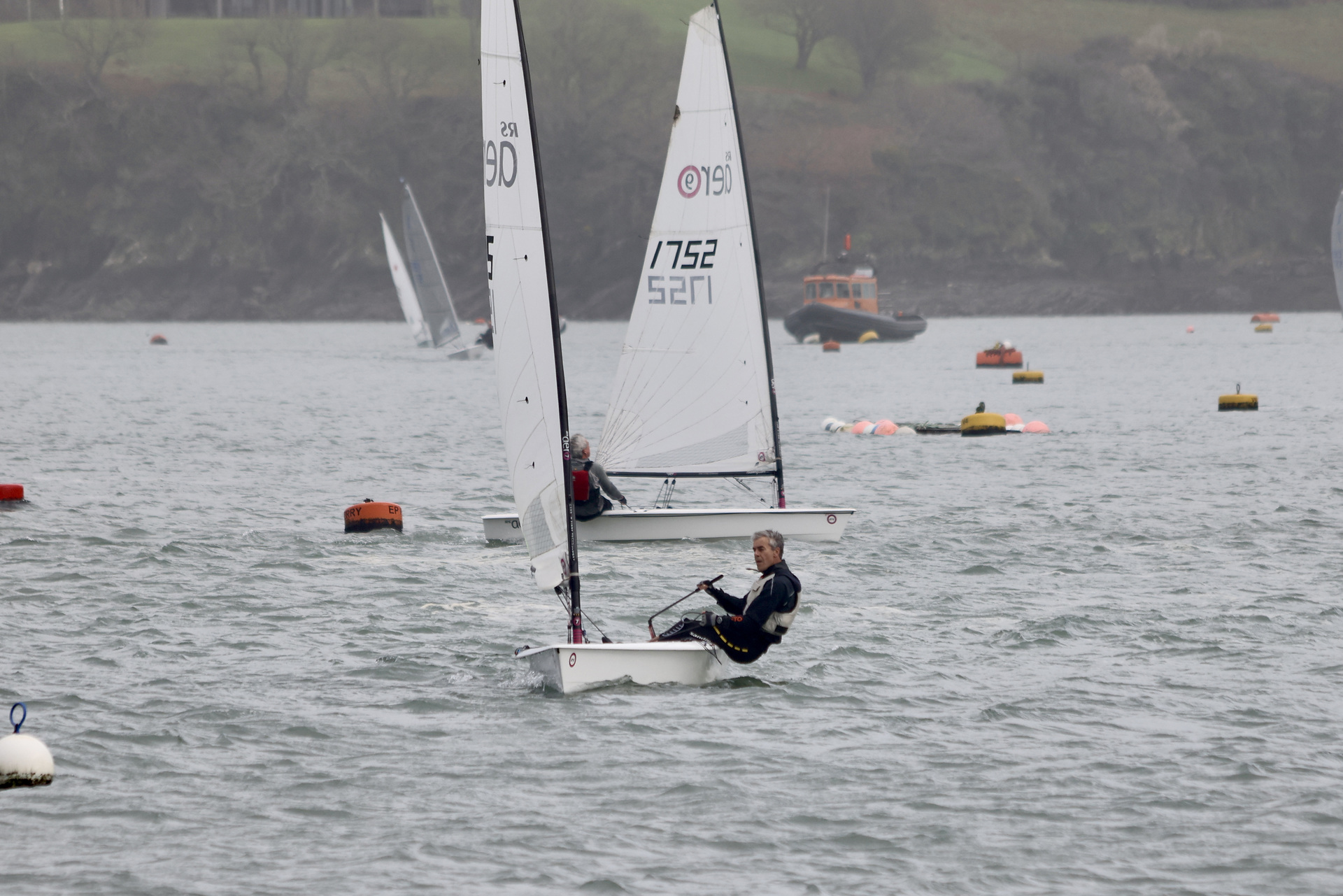