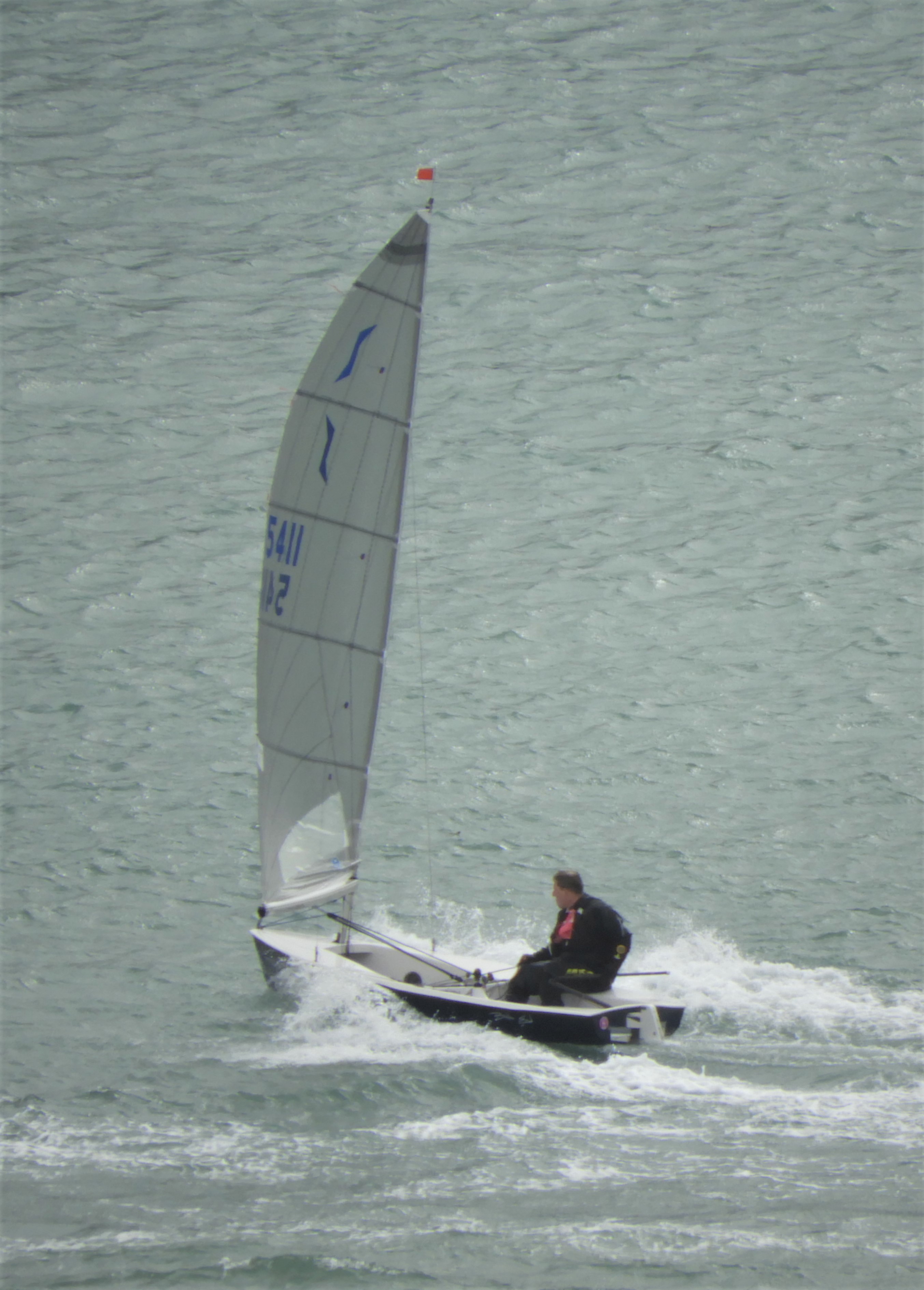 Racing resumed at Salcombe Yacht Club for the first race of the Spring Series on the 14th March.  With a breezy force 5-6 Westerly blowing in from the sea against a spring ebb tide, competitors thrived in what were quite challenging conditions.

The race team of John and Fiona Wylie set a classic Salcombe course of Blackstone to Gerston followed by a short loop of the harbour.

Some confusion abounded from the mismatch of the advertised starting times in the Notice of Race and the Club calendar, and quite correctly those of the NOR were applied, which could account from the rather less than competitive start of the Handicap fleet, although fleet stalwart and serial late starter Alasdair Morley did concede that it would be better practice if he had got to the starting area early!

The Merlin Rocket of AJ and Tris Squire and the Aero 7 of Dan Bridger were the early pacemakers in the Handicap fleet, with the Phantom of Paul Ellis, who had sportingly waited for Alasdair, starting late and playing catch up, and by the return from the Bag these two had recovered and were very much in the mix.

With conditions getting quite frisky back in the harbour, Morley took a spill, resulting in a rig failure, but not before Paul Ellis had become the leading Phantom on the run up to Crossways.

However, it was the Aero 7 of Dan Bridger that remained consistently in the front bunch, that took the corrected time win from the Phantom of Paul Ellis.

The Solos celebrated the return to the fold of Chris Chubby Cleaves in a new Winder, who proceeded to demonstrate business as usual off the start line to Blackstone; however following a hairy run down the Portlemouth shore he was soon joined by Robin Hodges and David Greening.

The three proceeded in close formation to Gerston and back, however through the harbour Greening was able to pick the shifts to round Millbay in the lead and held off Cleaves to take the win.

Meanwhile there was a close battle in the middle of the fleet, with Stuart Cartwright showing good speed and keeping his  mast pointing to the sky, to take fourth place from Malcolm Mackley. 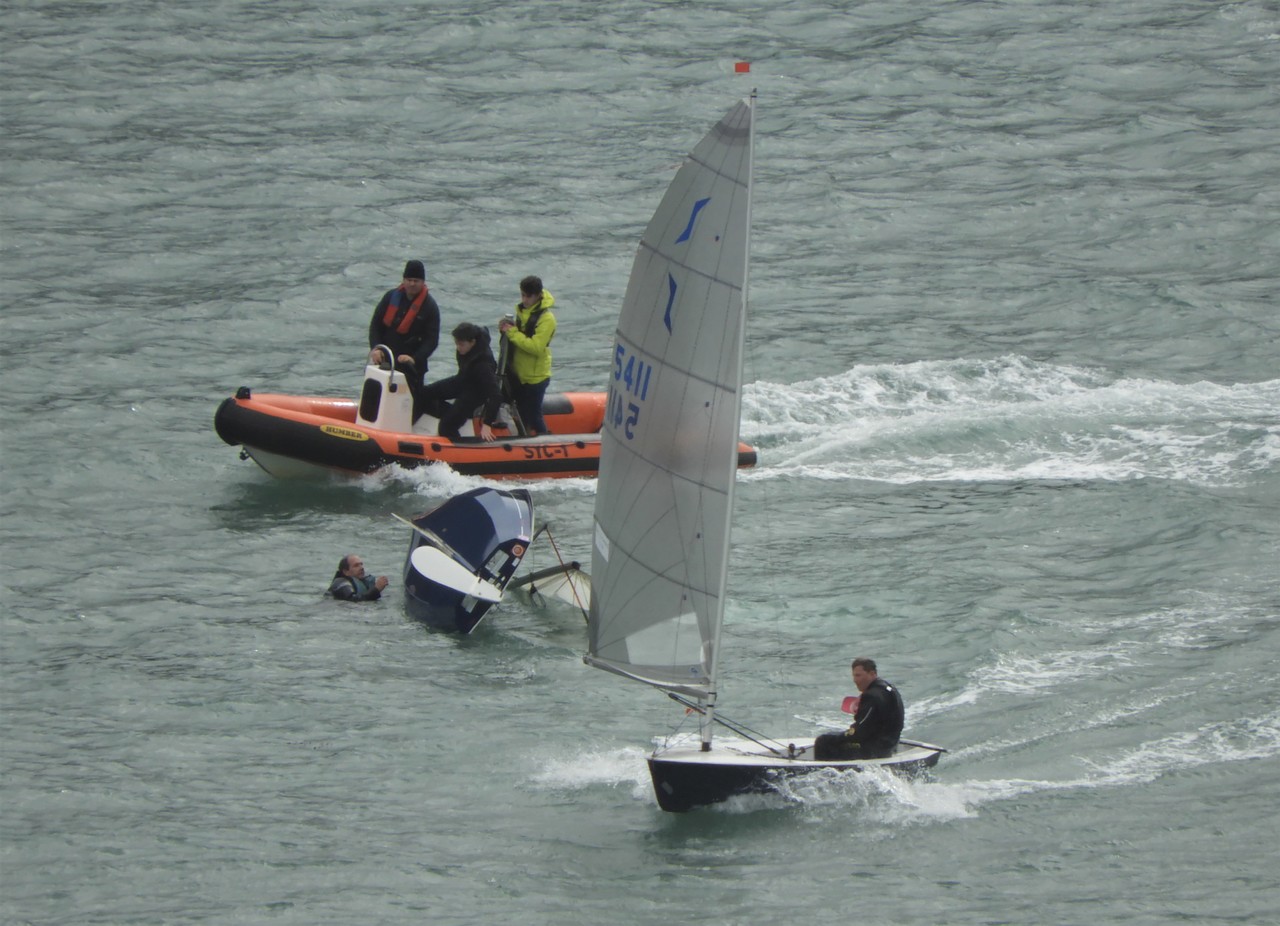 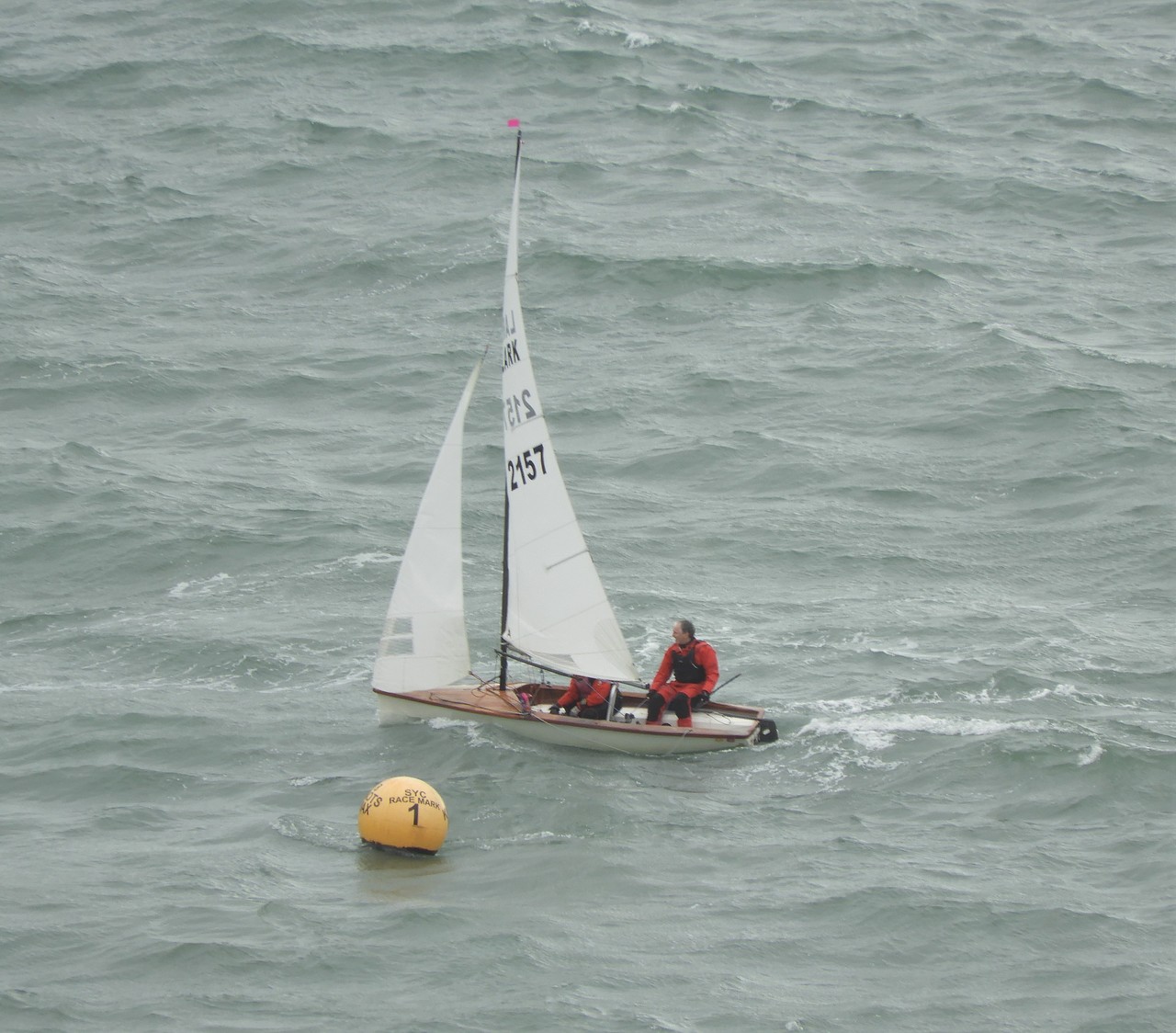 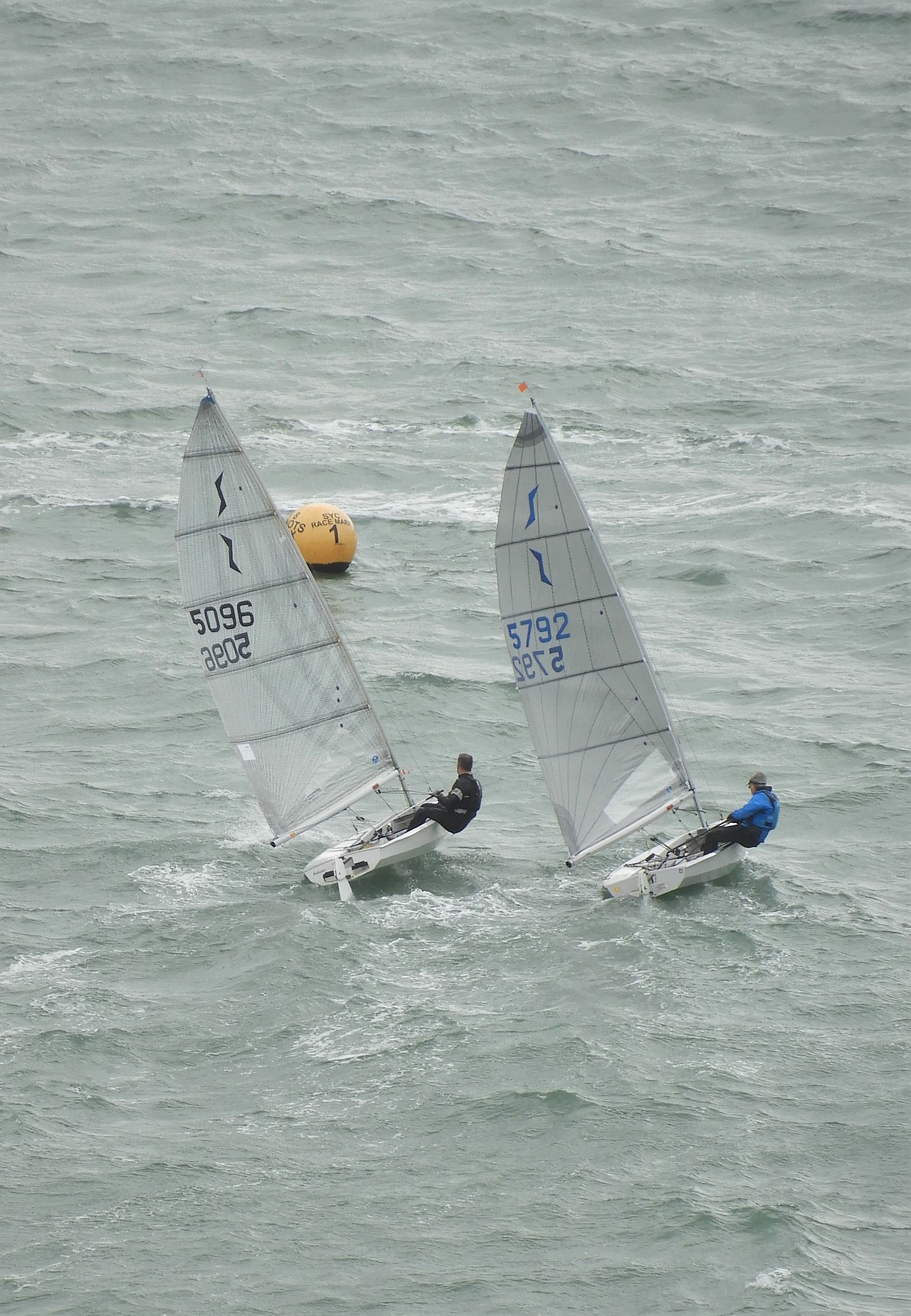