There was little to no wind for the last race in the 1st Midweek series and with a fairly strong flood tide running it was going to be tough.

Andy Savell in the Watch House was quite possibly the first Race Officer to have to impose a General Recall for a Wednesday evening race, this did however give a few late comers a chance to make the start for the second attempt. 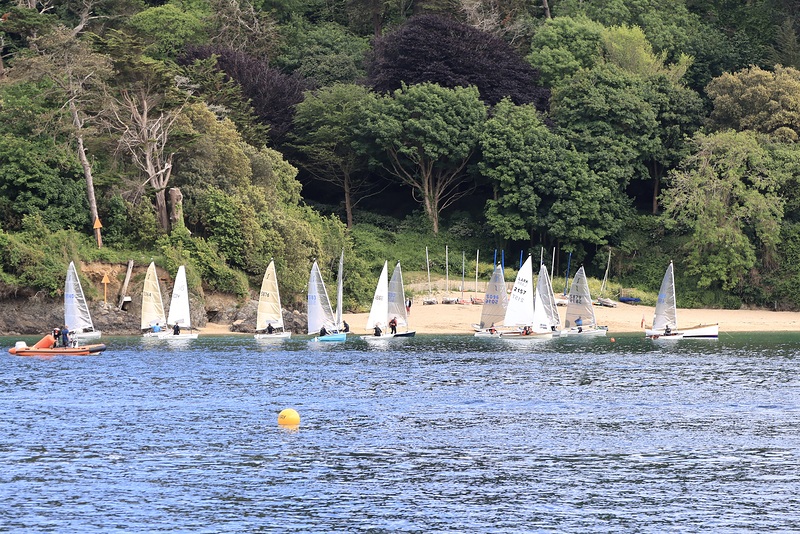 With the 15 strong fleet away on the second crack of the whip progress was slow as they all hugged the beach short tacking up the Portlemouth Shore to Mark 2. Initially a small group of Solos managed to break clear but it was Chris Cleaves who made the best of it. Chris never lost the lead of the race and rounded all three marks first whilst the remaining 14 boats seemed to arrive at each of the marks at exactly the same time. This led to some interesting interpretations of the rules and a lot of low speed boat bumping. 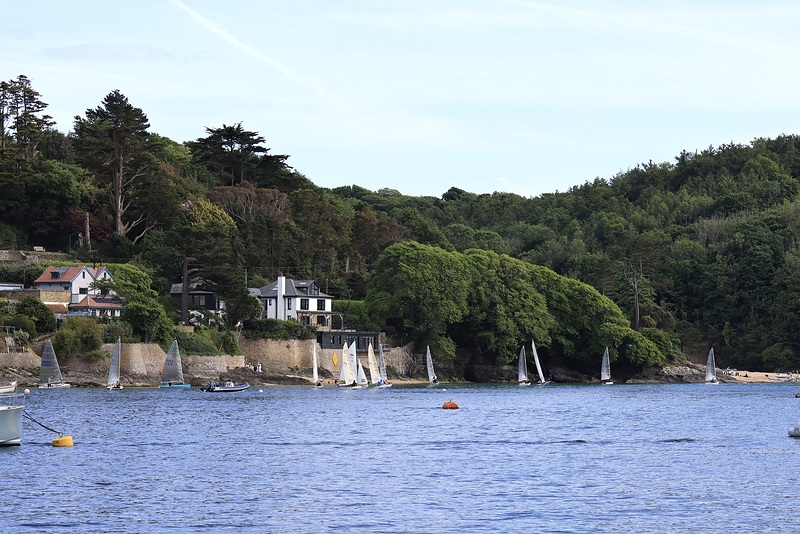 At times the chasing pack did reduce the deficit but none managed to break clear and catch Chris, he sailed on to not only win the race but also the series counting three 1st places and a 4th.

Olly Turner had a good start and was in the initial break away group but he was caught by the bunch on the downwind leg. However at the end of the race it appeared Lady Luck was shining down on him and propelled him up to take 2nd. 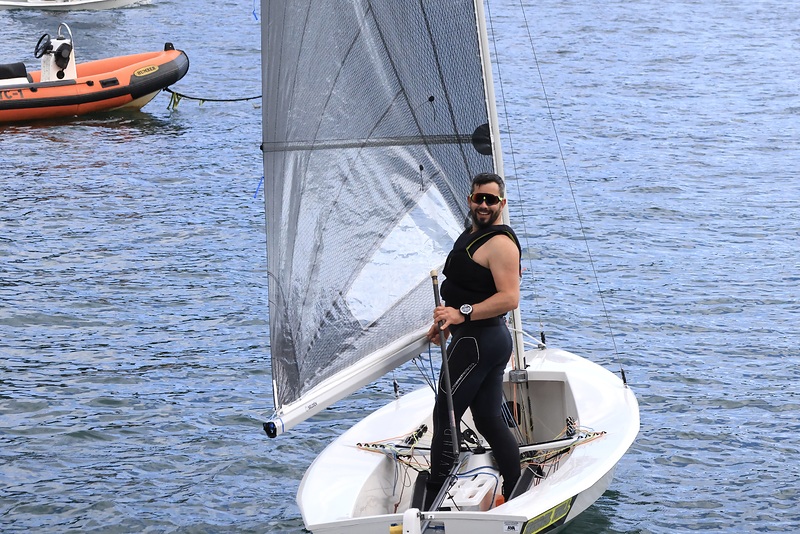 Chris Mayhews race was very similar to Ollys only he didnt get as lucky at the end and had to settle for 3rd.