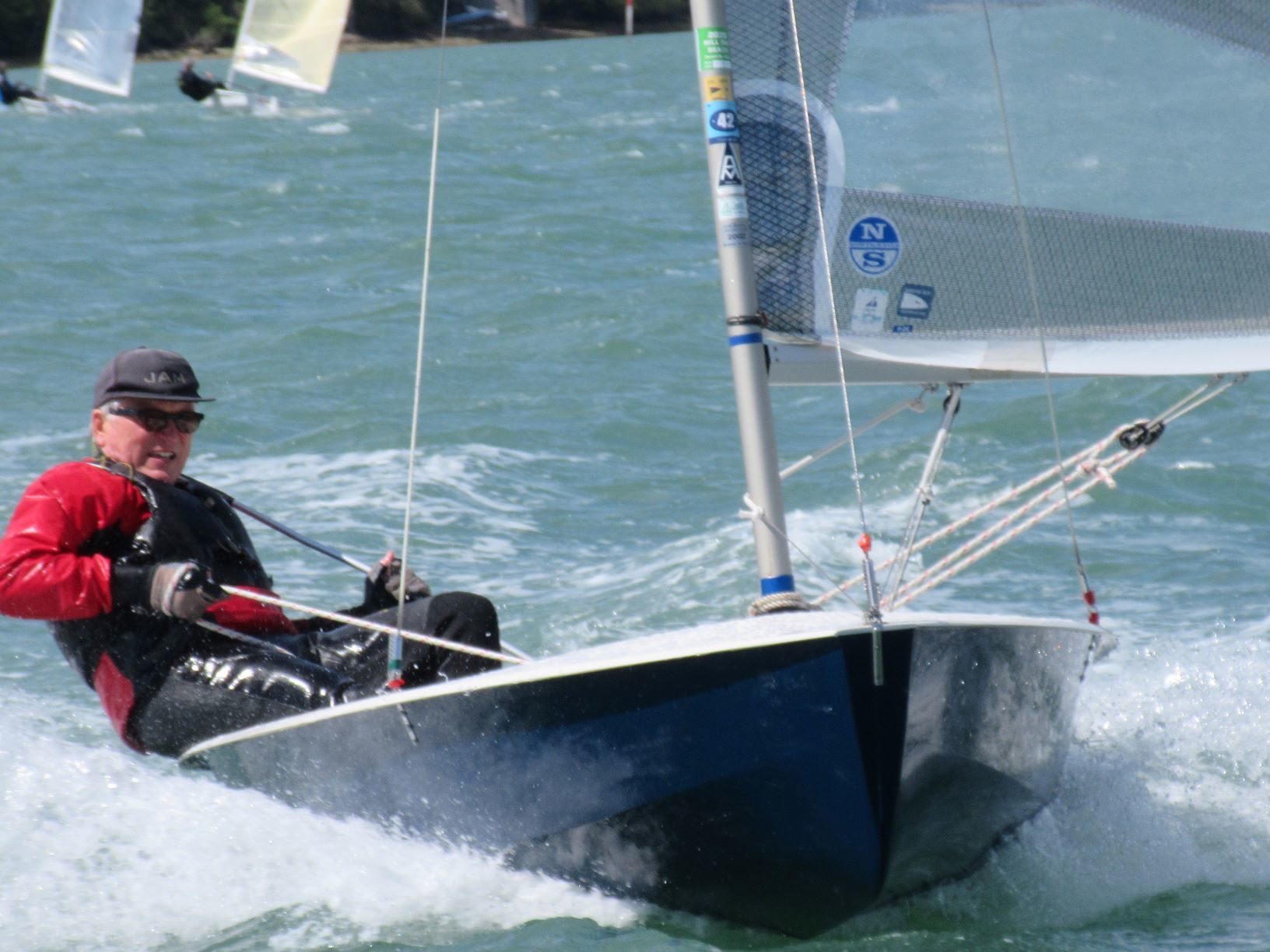 Race Officer Andrew Squire set an around the harbour course as the opener for the Salcombe Yacht Club Sailing Club Series on 22nd May, the high tide allowing the fleets visits to Blackstone, Yalton, Frogmore, Saltstone and Gerston, followed by a mini, but challenging lap of the harbour in a West North Westerly Force 4 breeze.

First away was Ben Meek in a Laser 4.7 in the Slow Handicap fleet, who gallantly sailed the full course enjoying the flat out planning reaches at Widegates.

The Fast Handicap Fleet numbers were swelled by a couple of visiting Merlin Rockets, helmed by  Peter Ballantine and Chris Gould, who pulled away from fleet regulars Graham and Fiona Cranford Smith and the Lark of Will and Mandy Henderson.

A healthy turnout of twelve Solos saw the majority start along the Portlemouth shore, however class captain Adrian Griffin and stalwart Geoff Allen set off along the Town Side allowing Adrian to round the Blackstone mark ahead of Simon Dobson.  On the hard beat out of Yalton, Paul Ellis and Tim Law powered their way through and enjoyed flat out duelling reaches at Widegates, with Paul holding Tim off.  Simon still in third place rounded Crossways to the wrong side on the last lap, which allowed Chris Cleaves to grab third place.

In the Yawls, Geoff Gilson and Chris Spencer Chapman led the race to Blackstone, only to be hauled in by David and Gillian Stone in Red Rooster, who once establishing a lead took the opportunity to stretch it over the power reaching legs at the top of the harbour and take the win, however neither Red fleet Yawl pulled far enough ahead of the classic Yawls of Andrew Wood  and Stephen Galvin to secure the win, such are the vagaries of a North Westerly at Salcombe.