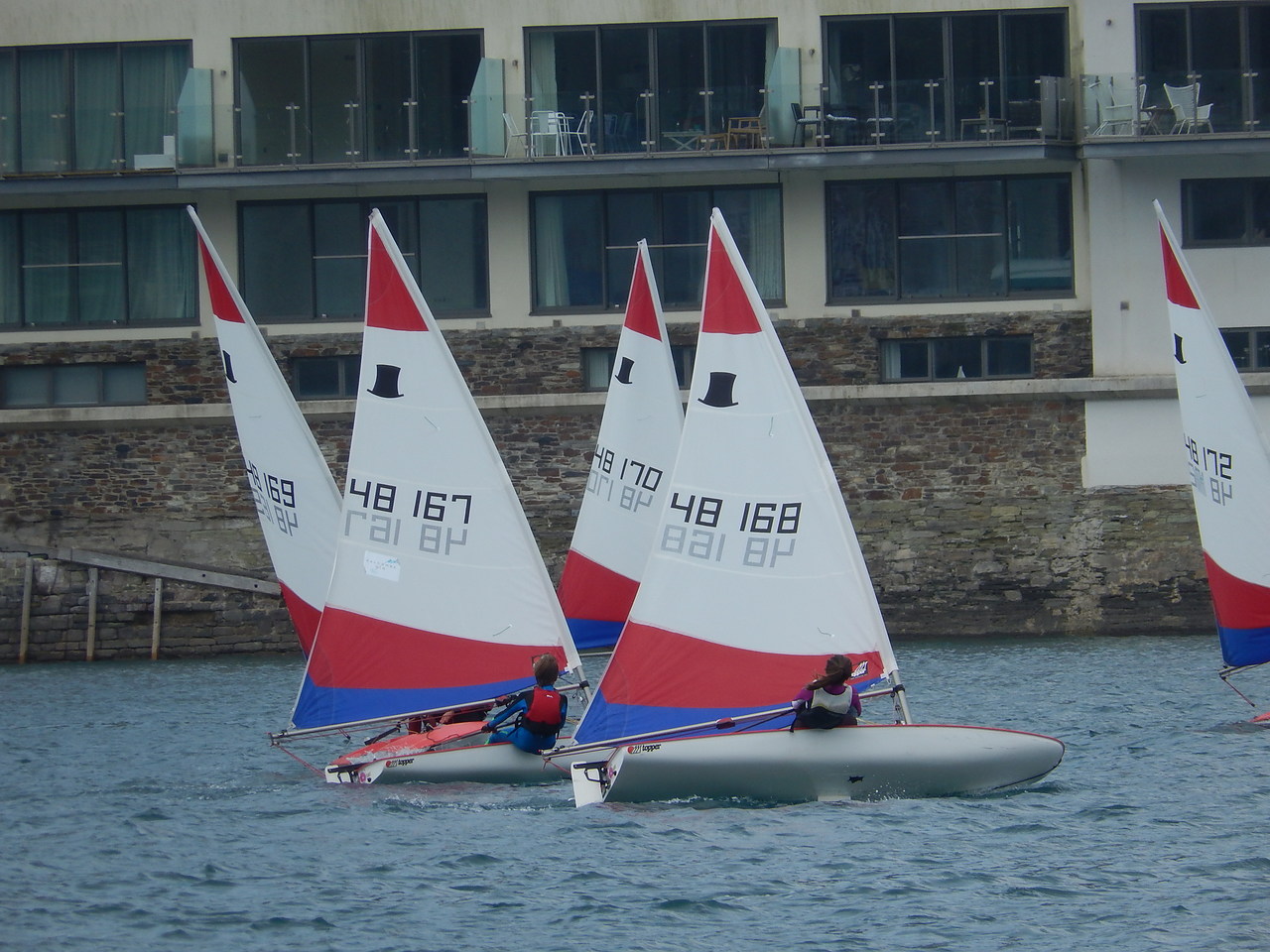 For the first Saturday in a long time the breeze was up, competitors enjoying a force 4 north easterly at the top of the tide. The Race Officer set a classic ‘around the creeks’ course to make best use of conditions and in the end even the sun came out to round off a great afternoon’s racing.

The Cadet fleet has been well supported of late and seven boats set off on a slightly shorter course up and down the main Estuary. The Toppers of Isla McColl and Issy Wood made the early running but by the finish Dom Holt Wilson came through to win followed by Henry Evans and Issy. The Firefly of Peter Cook and Janet Exelby has been unbeatable of late in the Medium Handicap fleet and so it proved to be again as the pair took a comfortable victory from Andrew and Lewis Groves in an RS Feva XL and Esther McLarty in her Laser Radial. In the Fast Handicap fleet Chris Cleaves and Ian Stewart lead the fleet in their Phantoms only for Stewart to be slowed by some dreaded seaweed which allowed Cleaves to break clear and hold on for the win. Behind him Charlie and Helen Lloyd sailed well in their National 12 to take second from Stewart.

With 15 starters the Solos were the largest fleet, boosted by the return of Tim Law, last year’s Regatta Champion, for the first time this year. Bill Jago made the best of the shifts early on to round the Yalton mark first, followed by Law and Simon Dobson with these three clear of the chasing pack that included David Greening, Ed Stephens and Rob Smith. Little changed as the fleet progressed through the bag but at Halwell Woods the wind went light and a little random. Simon Dobson managed to wriggle through to be first into the new breeze coming down Frogmore Creek with Tim Law close behind. These two laid the Frogmore mark without tacking allowing them to get away from the rest of the fleet. Positions remained unchanged on the reaches to and from Gerston but Law was still right behind Dobson as they rounded the Mill Bay mark for the final beat up to Crossways. Dobson short tacked up the Salcombe side and had a small lead as the two approached Snapes but Law crossed over to Ditch End early and this proved to be the decisive move, enabling him to round Crossways in the lead and hold on until the finish. Behind them Jago was third and Greening fourth.

A good turnout of nine Yawls enjoyed some close racing with the Modern fleet boats of Mike and Karen Whitehouse and Martin and Cheryl Beck taking the first two places on the water but on corrected time the Classic fleet boat sailed by John Smithers and Peter Hughes had done enough to take the win.